PRE-ORDERS ARE BEING TAKEN for this new version of the 1:72 scale Airfix BE2c, a new-tool kit released late 2016.


SMN report: For biplane lovers, this dainty little kit should be a pleasure to build. It’s due for release from Airfix in May 2017.

Markings
The black and white pattern (below) represents a BE2c based at Turnhouse Aerodrome in Scotland, 1916. Markings are also supplied (lower pictures) for a machine based in France, 1915. 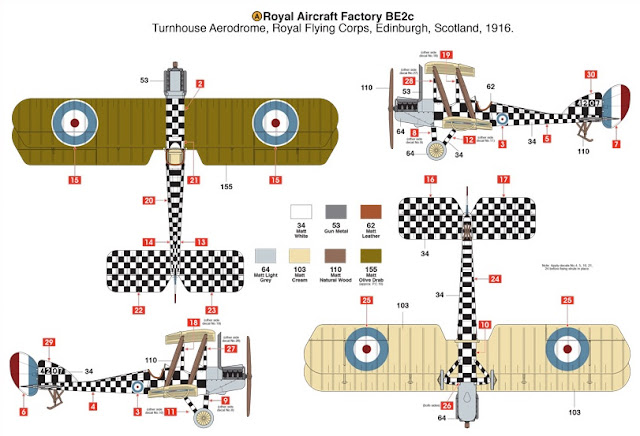 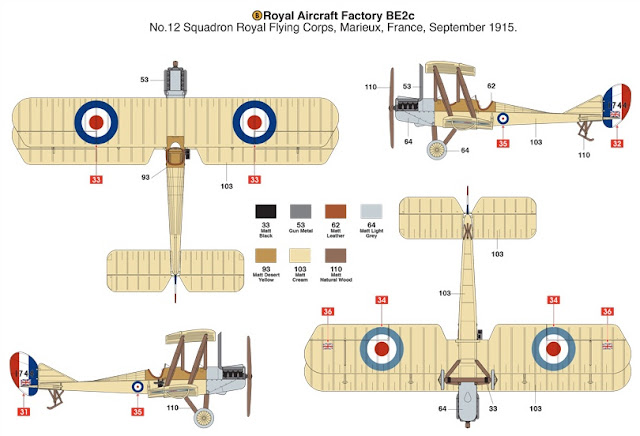 About the BE2c
Royal Aircraft Factory BE2c Scout was designed to obtain overhead reconnaissance pictures of enemy installations on the Western Front. The BE2c was an easy to fly and stable platform, allowing for clear and detailed photography.

The BE2c largely replaced observation balloons, which were highly vulnerable to enemy action, and of course the aircraft could fly wherever it was ordered, unlike a fixed-position balloon.

Click to view the fascinating stop-frame animation (below) released by Airfix in 2016.