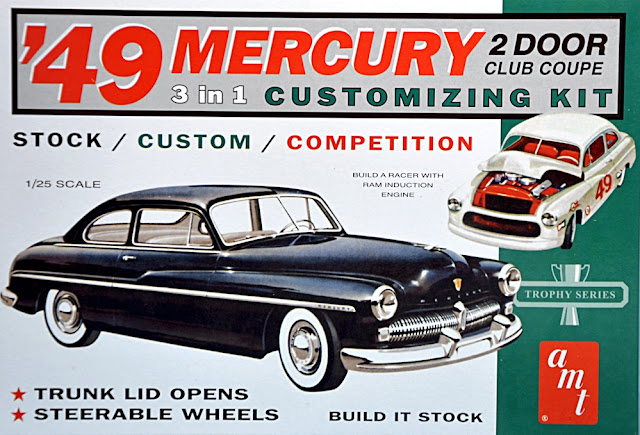 THIS IS AN ALL-TIME FAVE AMT customizing kit. Originally issued in the 1960s Trophy Series, the ’49 Mercury was popular in both full-size and model form as a basis for many build variations.


Mat Irvine: The reissued 1:25 scale AMT Mercury 2-door Club Coupe kit includes the classic ‘3 in 1’ building option, with a choice to assemble the Merc in stock, competition, or custom form.

As a model kit, the Mercury 2-door Club Coupe isn’t exactly rare, and has been issued in many forms over the years. But these have mostly been restricted to one option or another, with some parts usually omitted or changed.

But this kit returns more or less to the original formula. As with many Round 2 reissues of classic AMT and MPC kits, the box design reproduces the original, though the box itself is larger. I mention this, as there was an old urban myth that once you’d unpacked a 1960s-era AMT kit, you could never stuff all the parts back in the box - and get the lid firmly on again. The new bigger box makes things easier, though even now it’s pretty full.

The box side-panel (below) features artwork of the various stock, custom, and competition parts that are included. 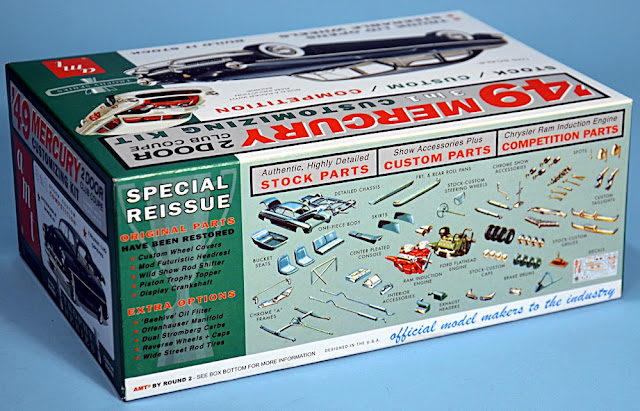 Comparison photos (three pix below) between the original 1960s issue (smaller box) and the latest version.

Features of the kit include an opening trunk lid. This means that for, say, the custom option, you can fit out the interior with the sort of items that full-size customisers would have included when they took their machines to auto shows.

To allow for this, many original accessories have been reinstated, so you get a jack, a tool set, even spare pistons and a crankshaft. You also get two engines, the stock Mercury flathead block, and a Chrysler Ram-Jet V8 for custom or competition versions. There is even a stand to display the engine that you haven’t installed under the hood.

Parts layout (below). And yes, all these components once fitted into the smaller original box. 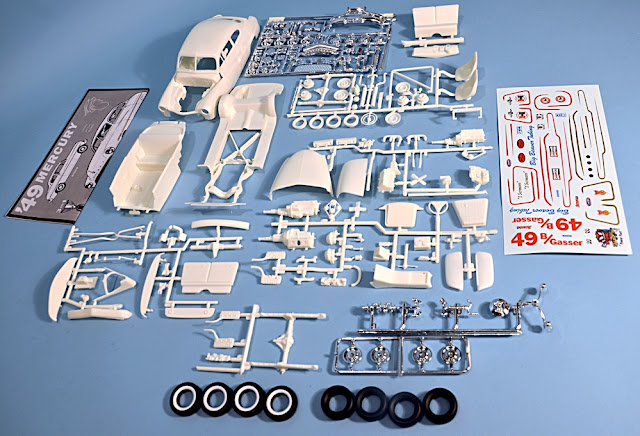 The interior of the AMT Mercury 2-door Club Coupe can be built with the stock setup. A roll bar is included for the race version. If you go the custom route, then there are bucket seats, headrests, and a centre console. This latter item is fitted with a telephone, a CRT (cathode ray tube) TV, and a reel-to-reel tape recorder. This is the 1960s remember, when there was no digital music, mobile phones, or flat-screen TVs.

The retro-style of the kit includes the instructions (below) which include tips given by the original AMT customising team, with names like George Barris, the Alexander brothers, and Gene Winfield. The booklet is a reproduction of the original design. 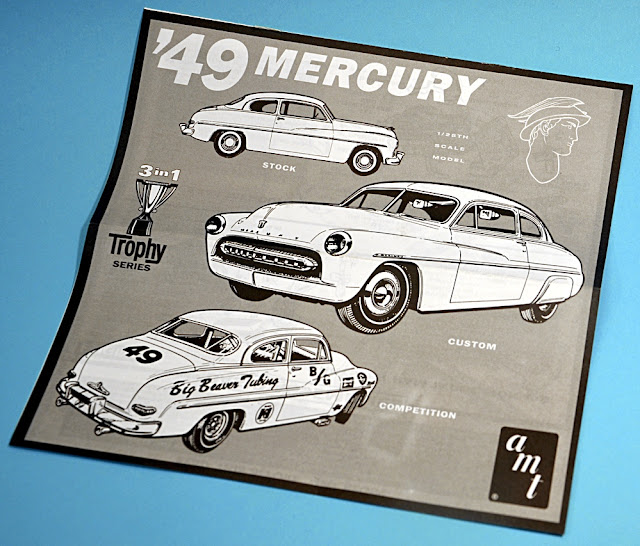 A pictorial selection (below) of the display accessories that are included in the box. 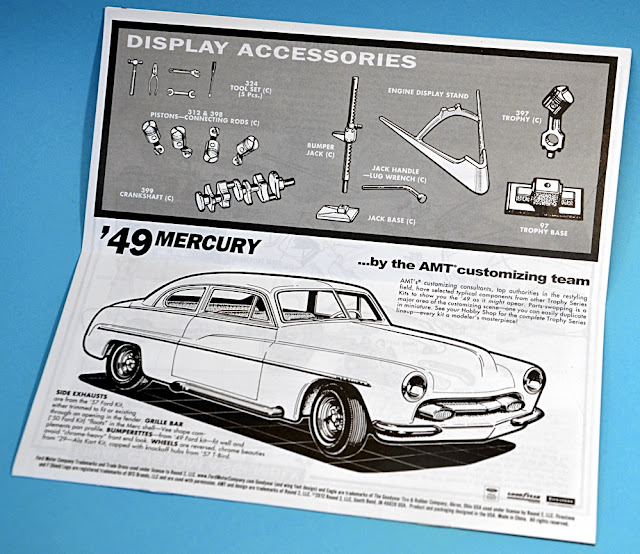 The new AMT 1949 Mercury (two pix below) which I built in pure stock form. 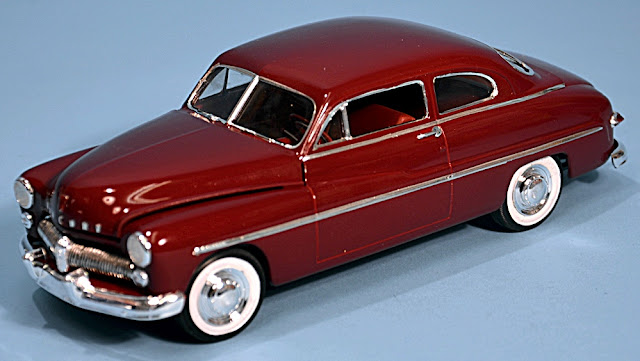 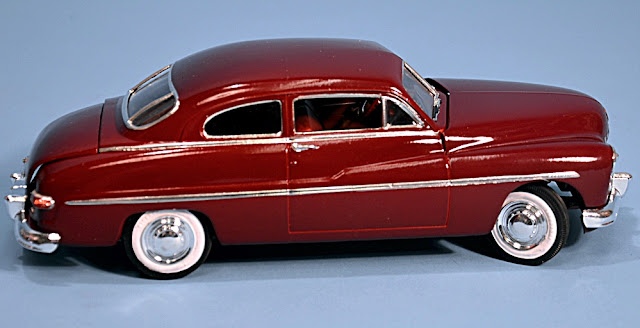 I also built an original kit (below right) as a mild custom. The colour is an original AMT spray finish, somewhat romantically titled Orchid Silk.

Just four (below) of the various Club Coupe kits that have been issued over the years. I reckon the original artwork (top left) still looks best, later photographic versions not having quite the same appeal. 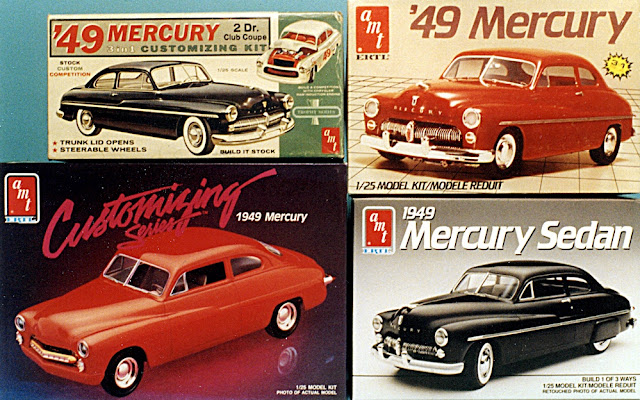 SMN note: Custom cars of the Cold War era were primarily a US specialty. For a look at an 'Alt-History' version of how the Soviets might have created their own custom cars, come back to SMN in a day or two's time.