RIG A RUSSIAN! ACE STOP-FRAME VIDEO-BUILD OF A 1:72 SCALE POLIKARPOV I-3

HERE IS AN EXCELLENT STOP-FRAME VIDEO from YouTuber Tom Grigat.

SMN report: This is a very neat time-lapse video showing the assembly process of the Polikarpov I-3, a relatively little known, but extremely handsome Russian biplane of the 1930s.

The model that Tom Grigat has shown is the incredibly detailed 1:72 scale Small Stuff kit (below) which comes with some components that are finer than a human hair. Tom has included a matchstick at various points in the video, which gives a useful sense of scale to the ultra fine construction. 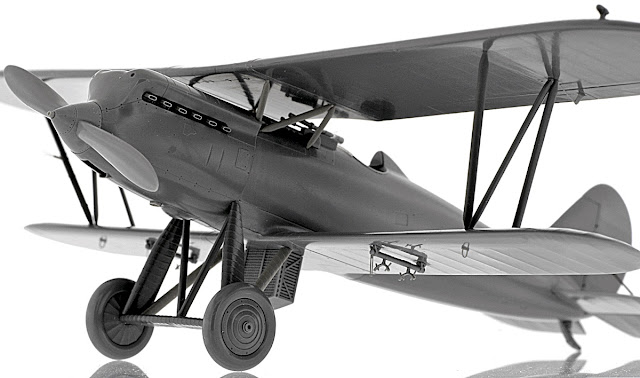 As for the rigging, all we can say is that Tom Grigat has considerably steadier hands than ours. The final interplane wires look absolutely convincing. Rigging was completed with 'Rig that thing' from Uschi van der Rosten.

Tom took a great deal of care with the finish, too. He painted the Polikarpov I-3 with Alclad II aluminium and Mil-Spec enamels, then he added some subtle weathering with Warpigs washes.

Summation
Top marks, Tom. To our eyes, the result of the build is a museum-quality miniature.