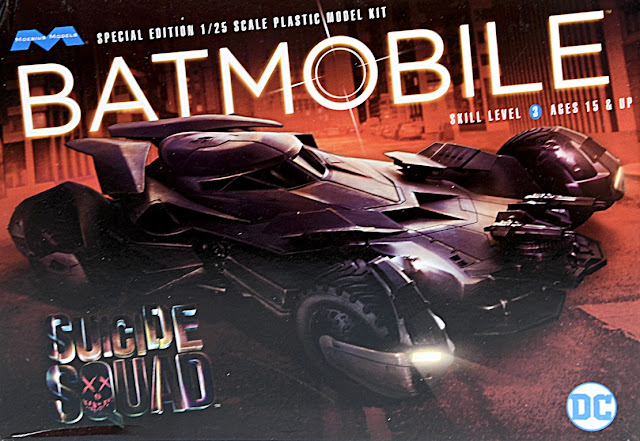 THE SUICIDE SQUAD BATMOBILE KIT comes from the 2016 movie, and is a repackaged version of the existing Moebius Models 1:25 scale Batmobile, as issued for Batman vs Superman: Dawn of Justice.


Mat Irvine: The reasoning behind this special edition Batmobile is that the ever-widening DC Comics Extended Universe (DCEU) movie franchise now includes Suicide Squad, which followed on from the earlier Man of Steel and Dawn of Justice.

The Suicide Squad storyline is not exactly a superhero tale. It's more about supervillains, something like an update of the classic The Dirty Dozen of 1967. This time, a group of anti-heroes are bought together under Task Force X, each with a micro-bomb embedded in their neck, just in case they feel like absconding from their new role.

The kit's box base (below) usefully adds more details. 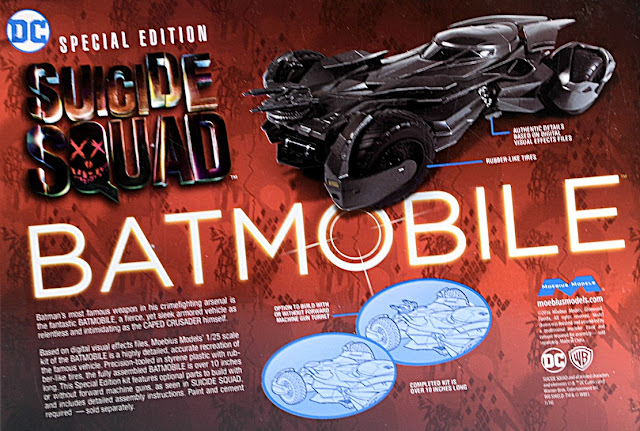 In Suicide Squad, the Batmobile is almost a blink-and-you’ll-miss-it experience. Batman (Ben Affleck, reprising his Dawn of Justice role) appears in the movie for less than two minutes, the Batmobile for about 30 seconds, in a flashback with the Joker and Harley Quinn. But at least it’s there, and so earns a place in the Moebius Models range.

The instruction leaflet (below) uses the new box artwork. 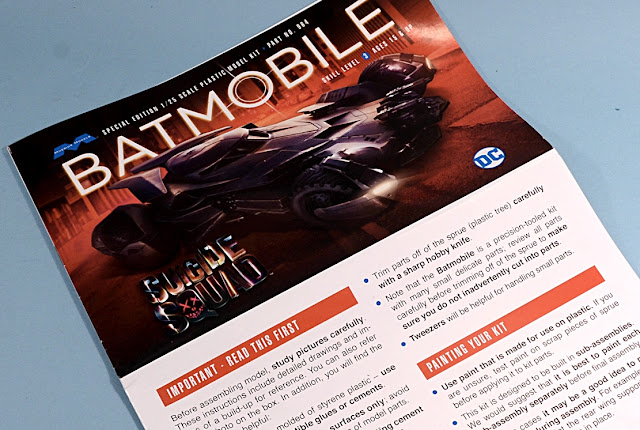 What’s the kit like to build? As I said in my review of the Dawn of Justice Batmobile: “…Compared to the earlier Moebius Tumbler kit, this Batmobile assembles more easily, perhaps because the parts are larger.

“There is a large floorpan, to which a simplified three-piece engine block is attached. Then the rear axle differential is added, plus the front axle and suspension.” 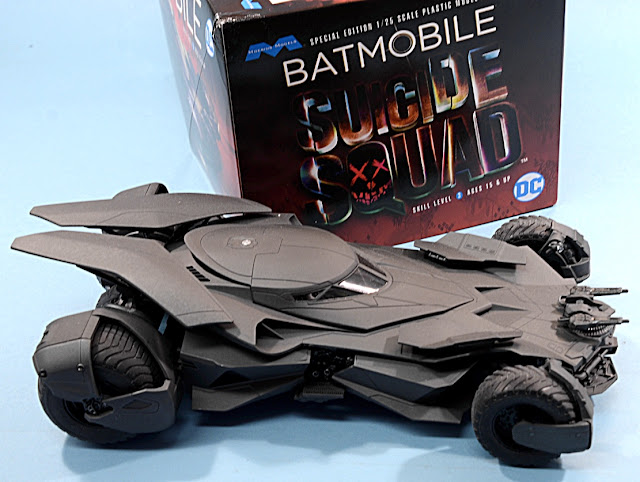 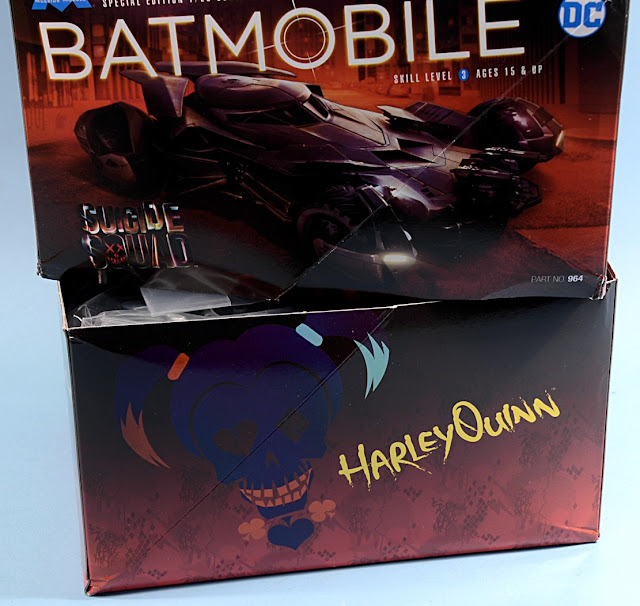 The box end panel design (above, below) makes graphic use of the Suicide Squad name and logo lettering style. 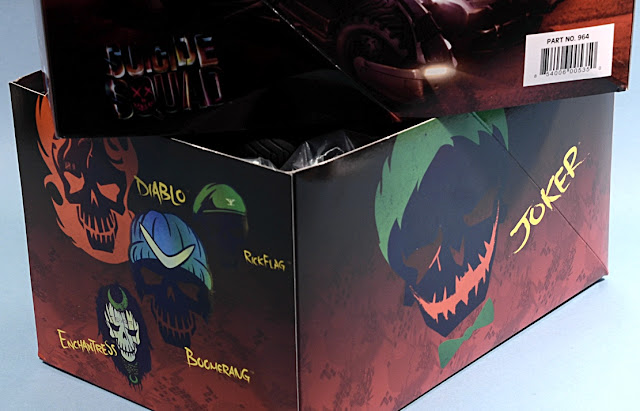 Summation
For DC Comics movie completists, an interesting addition to the kit collection. The model itself is a good one, and the Suicide Squad packaging well executed.

Note: There are ten more DCEU films under development. Wonder Woman is due next, so you never know what else could appear.

Watch the Suicide Squad trailer (below).

Thanks to Moebius Models for the sample kit.