VISIT TO THE PEGASUS HOBBIES MEGASTORE 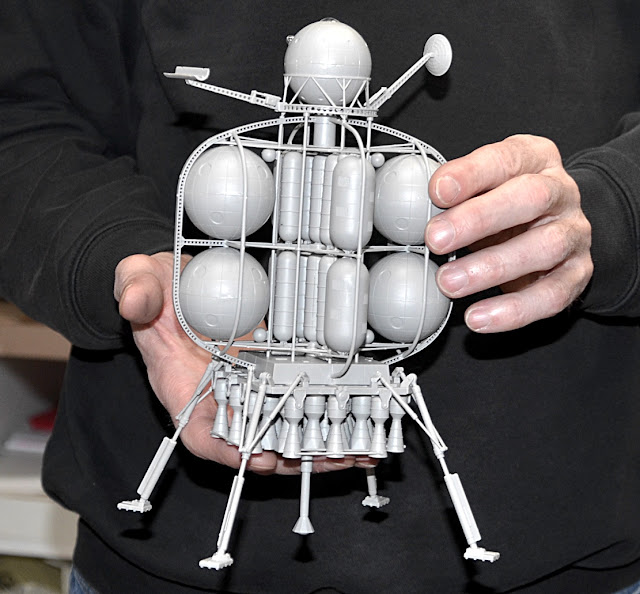 PEGASUS HOBBIES is billed as the largest hobby store in southern California (SoCal), and having walked all the aisles, I can confirm the statement is true.


Mat Irvine: President of Pegasus Hobbies is Larry Thompson, whom I first met at trade hobby shows in Chicago, variously RCHTA and then iHobby Expo. Back then, model company personnel would meet up over a weekend to display their wares, and get together with like-minded others for a natter over a pizza and beer. Larry traveled to Chicago for those events, but would always add “If you are ever in California, drop by.” So, as I was there recently, that’s just what I did. 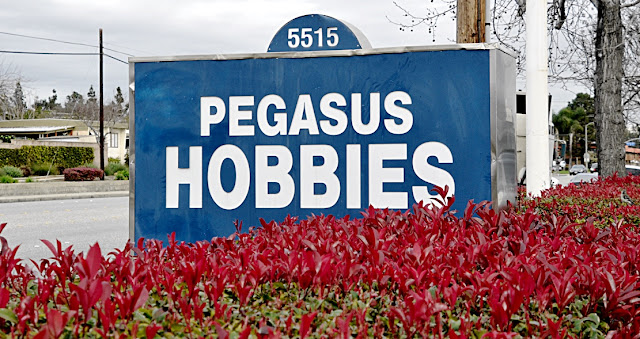 The Pegasus Hobbies store is located in Montclair, about an hour or so on the I-10 from downtown Los Angeles. Located in a side street off the interstate, at first glance it doesn’t look that imposing, but you soon spot what appears to be a control tower on the roof, along with a full size yellow and black Gee Bee Model Z race plane. Both are replicas, but do set the tone for what’s inside the store. 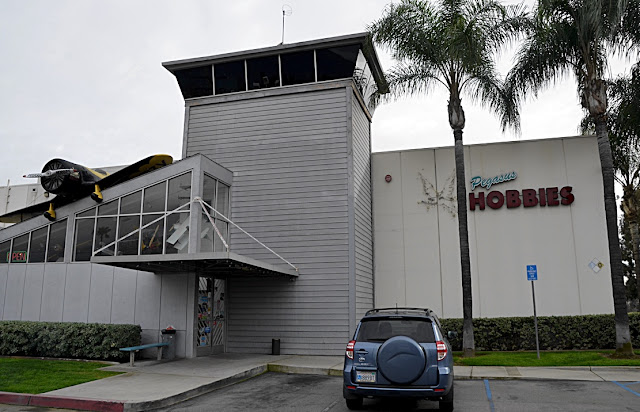 Front of the store (above, below) with the replica control tower and Gee Bee Model Z on the roof. 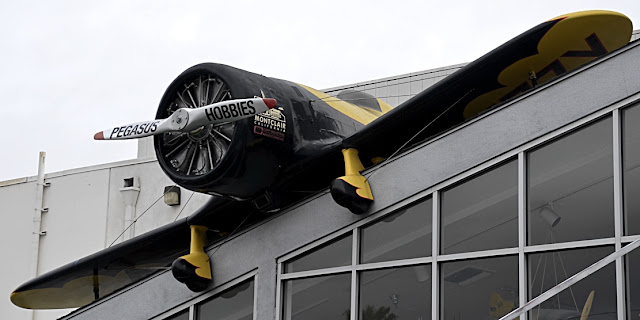 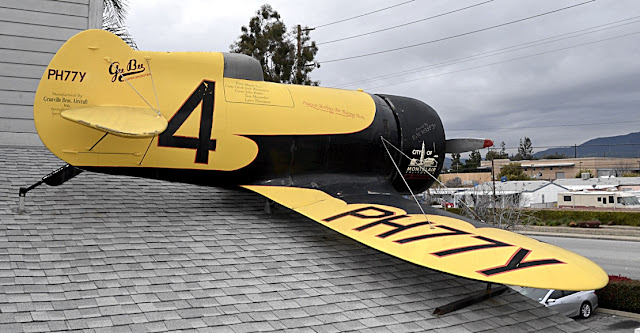 The Pegasus Hobbies store caters for all types of models: rail and road, air and space, ships, AFVs, figures, paint, accessories, even jigsaws. There’s radio control gear for all types of craft, and a racetrack out back for off-roaders. On my visit, the racetrack was not in use though, for the weather was somewhat dismal, SoCal being hit by unseasonably bad weather.

Larry Thompson (below) showing how spare parts, in this case for RC cars, are presented. Sliding walls allow more to be fitted into the space. 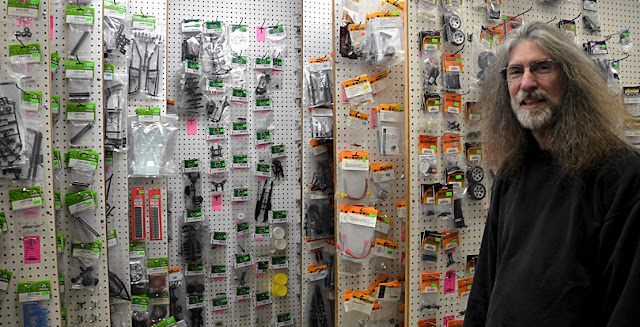 Plenty to look at in this store of stores (five pix below). 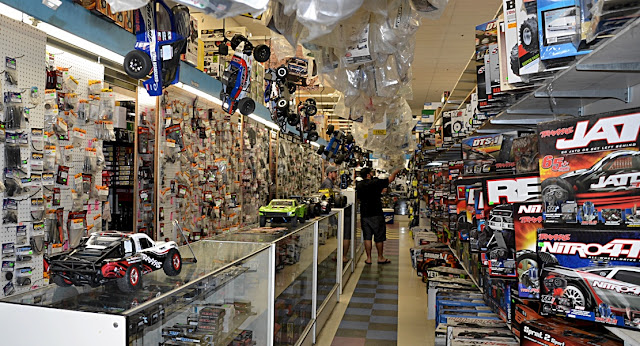 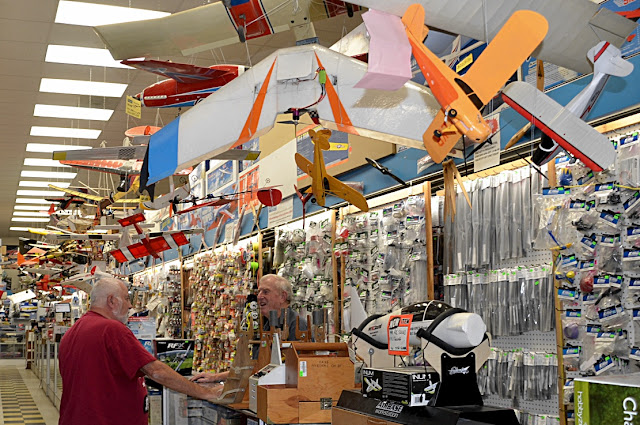 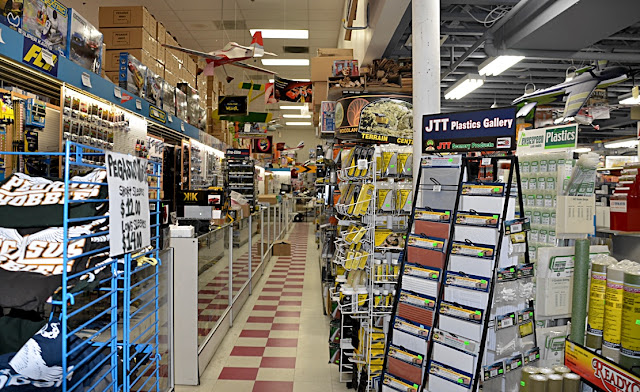 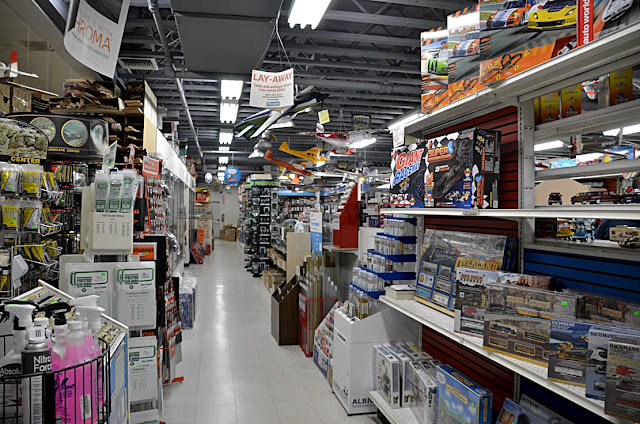 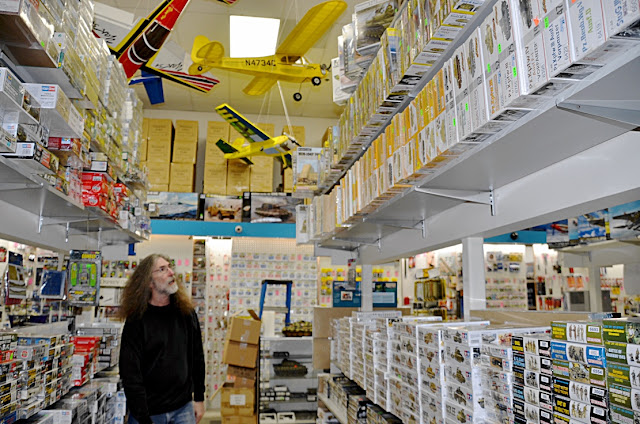 Science fiction kits on the shelves include the MPC Space 1999 Eagle Transporter (below). 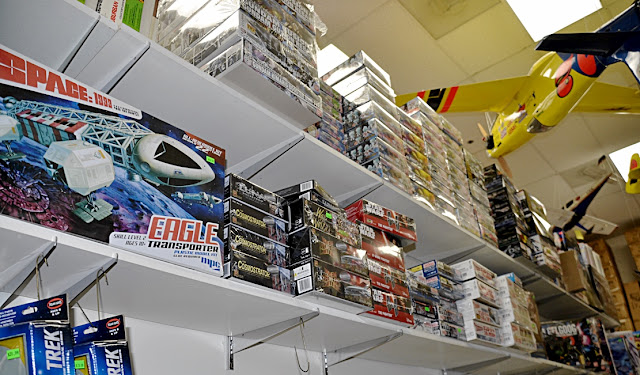 And there is another side to Pegasus, for this is also where Pegasus own-label model kits are developed. The 1:32 scale M.L.E.V.-5 Mars Lunar Explorer Vehicle (below) is one of the largest and most expensive Pegasus kits. It comes with nicely sculpted crew members. 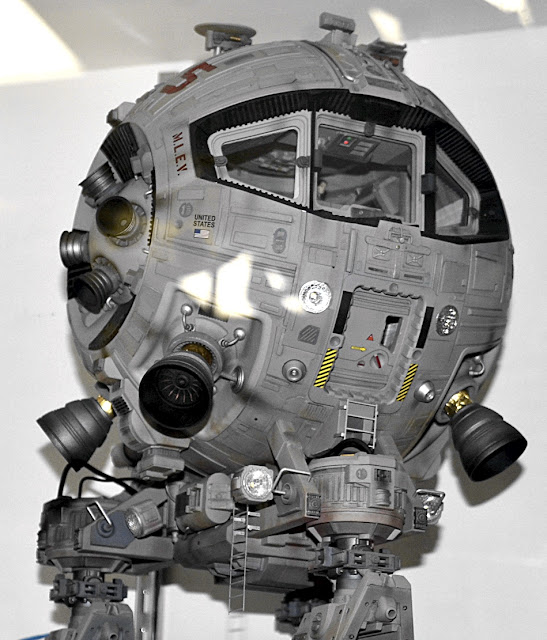 The 1:144 scale Pegasus take (below) on Jules Verne’s Nautilus definitely differs from the Disney version. And yes, the squid comes in the box.

The Moonlander (below, header) caused some controversy when it was released in September 2016, due to the 1:350 scale ‘being wrong.’ I will delve into that when I review the kit soon.

Still to be released at the time of my visit was the War of the Worlds Martian tripod diorama (below) based on hardware seen in the 2005 film starring Tom Cruise. An earlier 1:144 scale Pegasus kit featured tripods from the 1953 movie, directed by George Pal. 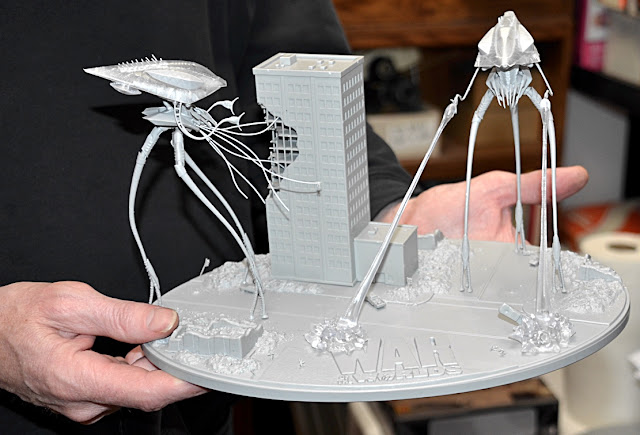 Nice detailing (below) on the carapace of the war machine. 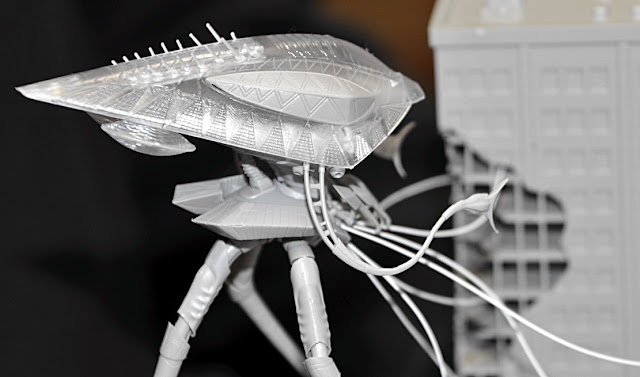 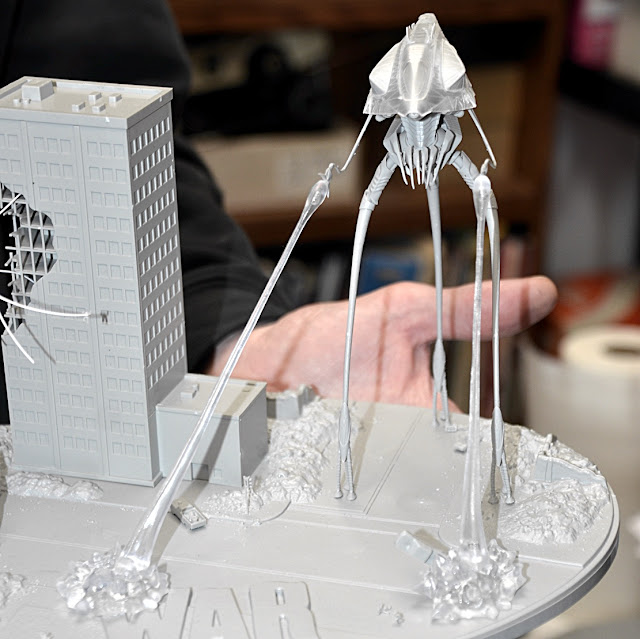 War of the Worlds explosion component (below right) compared in size to a US penny coin. 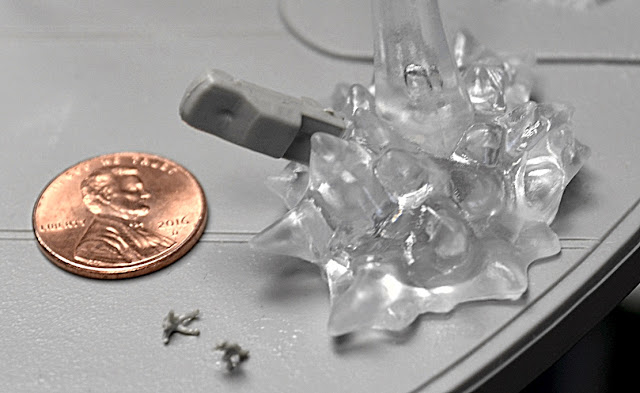 I also saw an important display at Pegasus (below). It's a mega-collection of all the company’s releases, both old and new.

If you are ever in SoCal, the store is well worth a visit. I doubt you’ll be able to leave empty-handed! 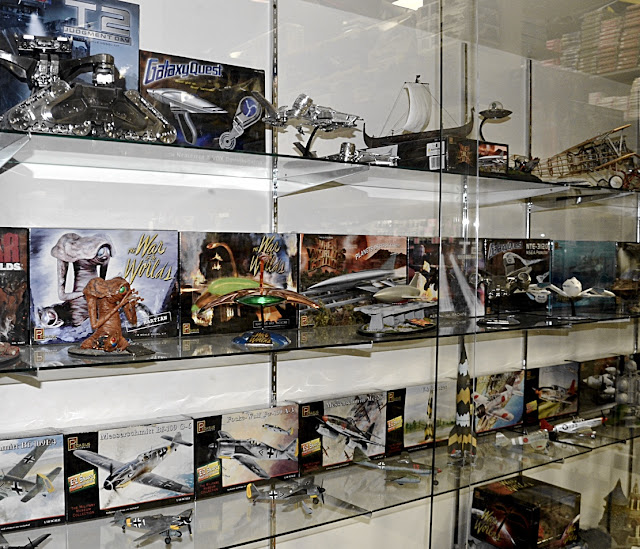 Thanks to Larry Thompson for the interesting tour.