SCALE MODELS: ARE YOU A BUILDER OR A COLLECTOR? OR IS THERE A THIRD WAY? 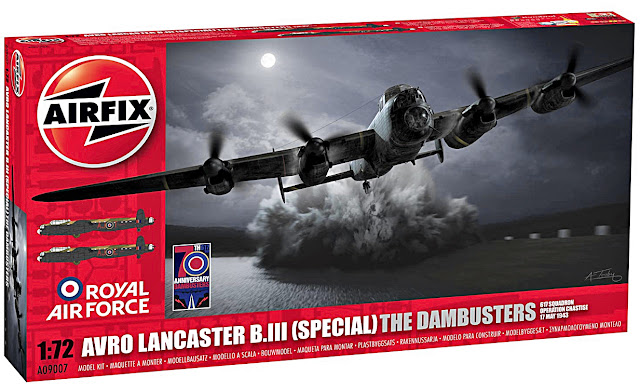 THE SCALE MODEL PASSION divides pretty neatly into two worlds - the craft-driven hobby of scale modelling, and the collector-driven desire for a ready-built collection.


SMN report: Those two camps are both quite well served today, and there is certainly some crossover between them.

There are pros and cons for the two sides. Building a scale model from a kit is likely to be deeply satisfying and indeed much more personal - after all, every iteration of an Avro Lancaster is effectively a one-off, depending on your skill level, the  amount of added super-detailing, and the particular colour scheme chosen. 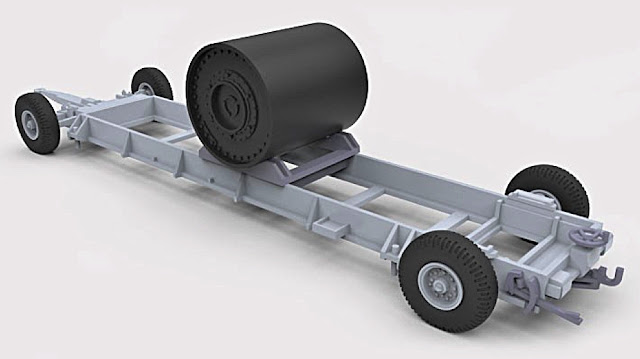 Nice details in the cgi images of the bouncing bomb (above, below) used in the Airfix kit of the Dambusters Avro Lancaster. 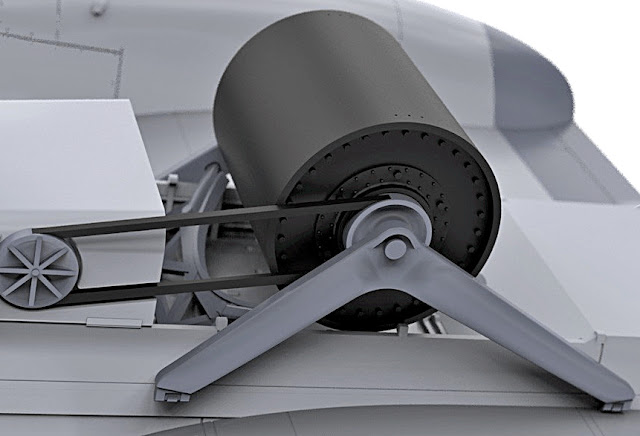 On the other hand, ready-built models give the satisfaction of instant ownership and a chance to buy into a limited-edition run, without needing a high skill level or the time required to produce a top-class replic And perhaps there can also be a chance to make money down the line, from the appreciating collectible market.

Expense may also be an issue. The 1:72 scale Airfix Lancaster BIII Dambusters edition costs in the region of £37 GBP ($48 USD). However, you need deeper pockets for a diecast model. The Corgi diecast to the same scale (below) costs a wallet-busting £148 GBP ($193 USD) or so, four times the cost of the kit. Costs btw are subject to change, especially among competing retailers. 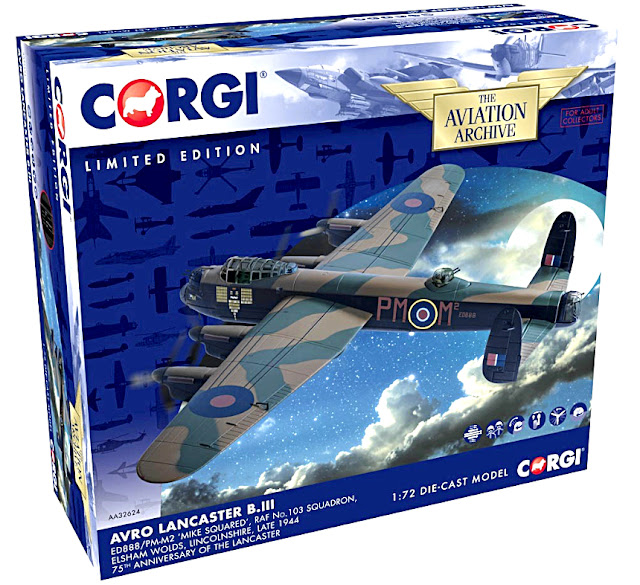 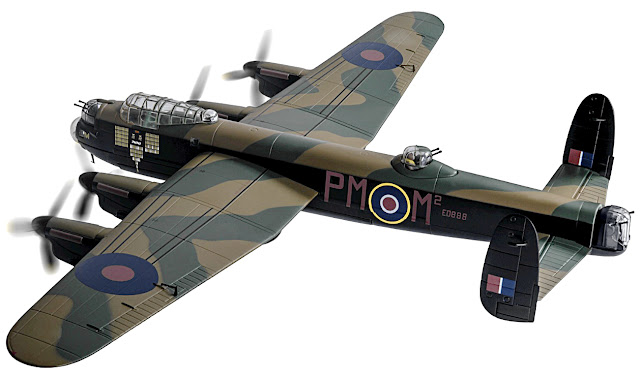 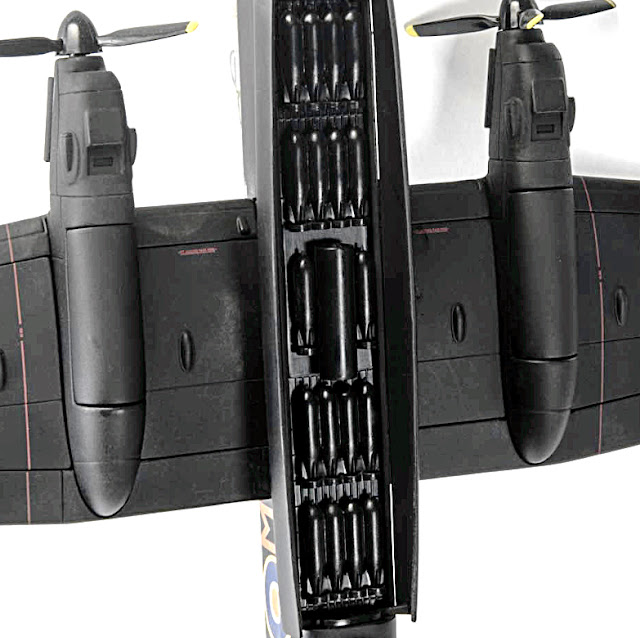 However, if you factor in the time taken to construct and finish a decent kit, especially if it is going to be at display level, then the kit almost certainly ends up costing far more!

I don’t know if I’m typical, but work and family pressures don’t allow much in the way of spare time, so I’m a prime target for a third type of model: easy-build and snap kits.

The snap kit is a form that has been perfected by Revell especially, with its well-made selection of Easykit models. A 1:72 scale Lancaster isn't available, though sci-fi fans have a good choice in the Star Wars range, including the nicely pre-finished 1:72 scale Rogue One Y-Wing (below). 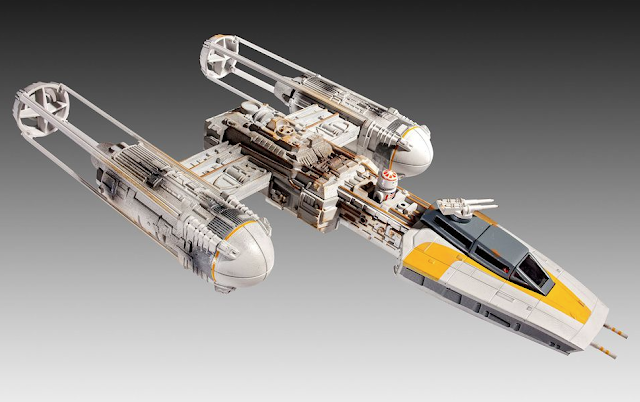 Which camp are you in? Or are you pleased to do a bit of all three?
Email ThisBlogThis!Share to TwitterShare to FacebookShare to Pinterest
Labels: Airfix, Avro Lancaster bomber, collectibles, Corgi Toys, diecast, Revell Y-Wing, Rogue One
Newer Post Older Post Home