A SUPERSONIC TRIDENT FROM FRANCE 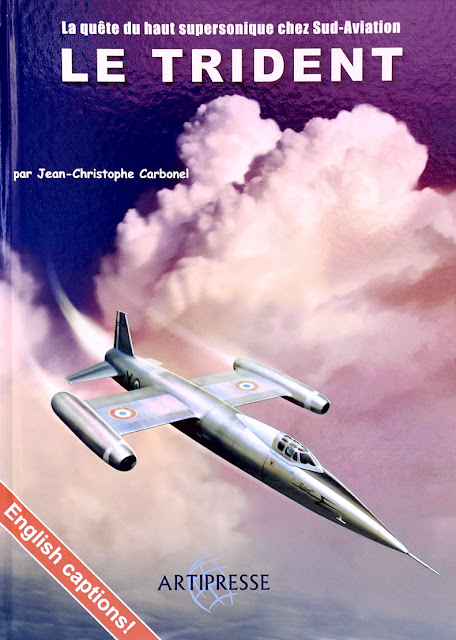 
Mat Irvine: JC first dealt with the Coleoptere vertical takeoff machine, and now he tackles the shapely Trident, a design from Sud-Aviation for a mixed power, rocket-assisted interceptor. 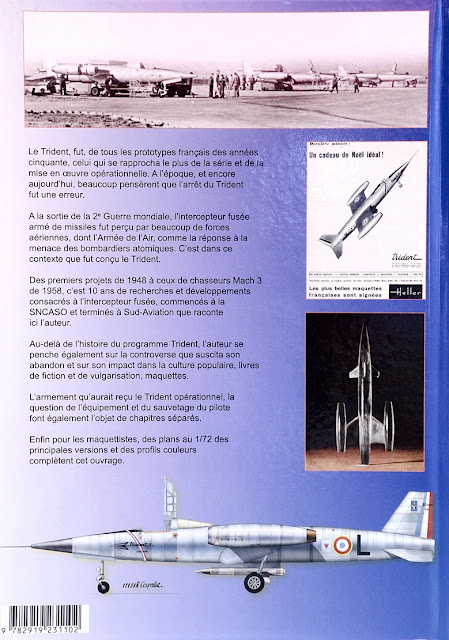 The book contains what has to be virtually every illustration, photo and diagram of the project. The main text is in French, but the images have extended captions in English, which is my connection with the book, as I wrote them for JC. 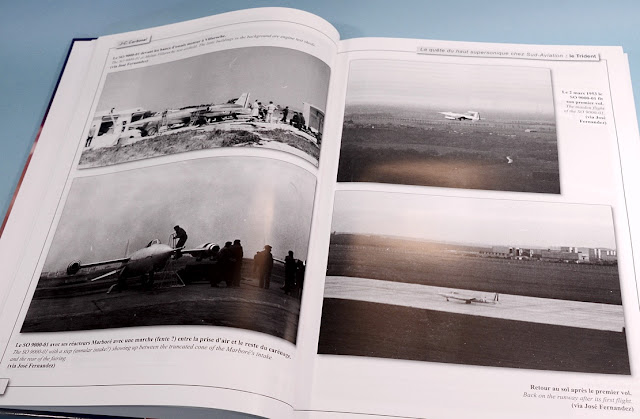 The experimental Trident was powered by two wingtip turbojets, plus a rocket engine in the tail. Twelve Tridents were built and flown during the early 1950s, though the whole project was cancelled in 1957. 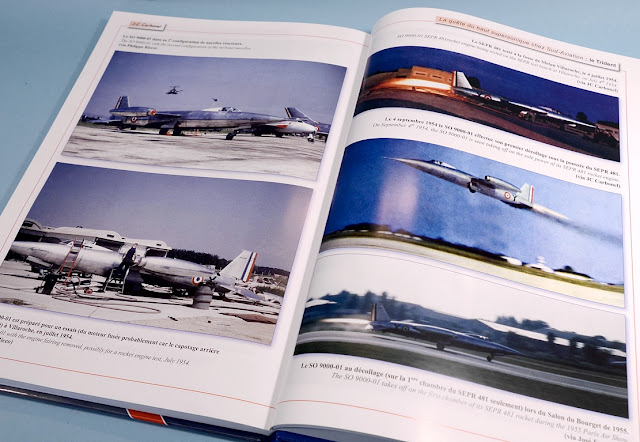 Besides JC's exhaustive history of the Trident, he also explores the popular culture that surrounded it, as he includes four colour pages showing the aircraft in fiction. 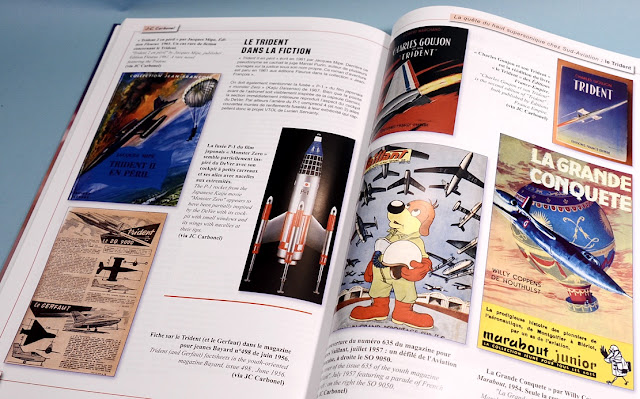 Then there are seven pages of model kits that have been issued over the years. Most originated, perhaps not surprisingly, from the French kit maker Heller, which released a 1:50 scale version, followed by a 1:100 scale kit in the Heller Cadet series. Frog also released its own 1:100 scale Cadet version. 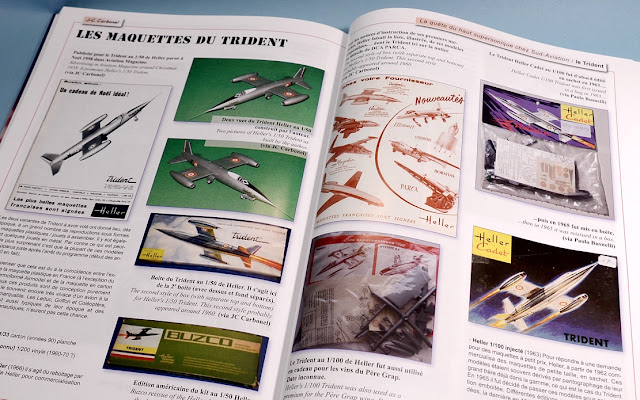 Other injection styrene kits have also appeared, including releases from Solido and Aeros, and a limited-edition injection kit from Mach-2. There have also been resin/multi-material kits from JMGT and Airmodel, but it’s a pity that no major manufacturer has released a modern fully-detailed kit of this significant aircraft. 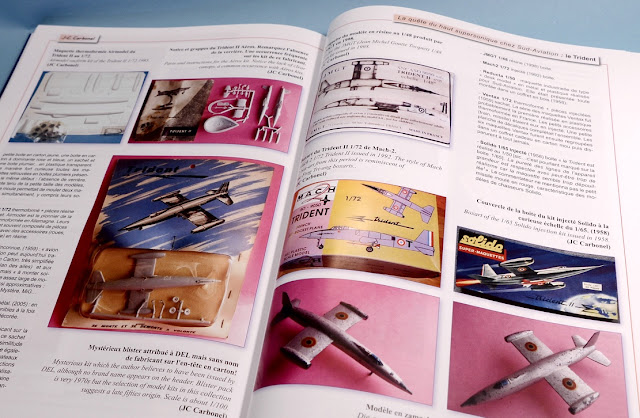 All but one of the Tridents were broken up after the project was cancelled. The survivor is on display in the Air and Space Museum, Le Bourget, Paris.

Summation
A fascinating book for air fans, especially for the attention to detail shown throughout. The book will be available soon. Meantime, JC's title The Story of Matchbox Kits is well worth a look.

We spotted a Trident at the fascinating Old Model Kits website. It's been sold, but kits crop up from time to time.