PIRATES OF THE CARIBBEAN SALAZAR'S REVENGE: 1:72 SCALE KIT FROM REVELL 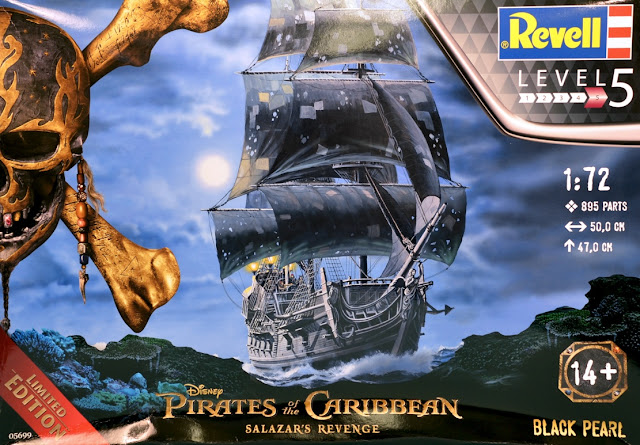 PIRATE KITS HAVE ALWAYS done well for model companies, both as figures and ships, so issuing the star vessel from Pirates of the Caribbean, the most successful pirate movie franchise ever, has to be a good move.


Mat Irvine: This kit from Revell Germany actually originated with Zvezda in Russia, and the parts are still made there. However this is a re-boxing, with evocative box-art and a new instruction booklet. Oddly though, these are not in colour, like other recent Revell Germany kits.

Plenty of components (below) to keep a nautical modeller busy. 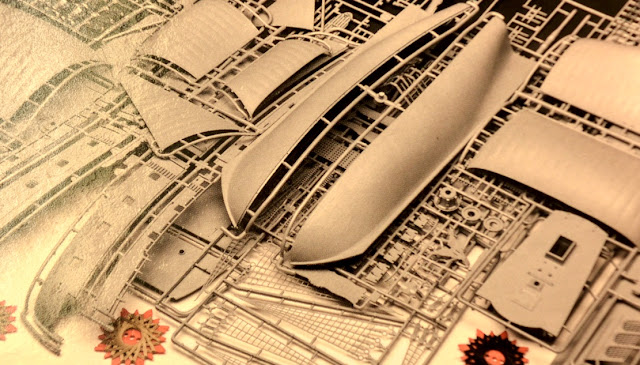 This can only be a quick review of the kit as, with almost 900 parts, it’s not exactly a ‘quick build.’ However, construction follows the usual approach with galleon kits. This can basically be split into two sections, the ‘easy bit’ meaning assembling the main components. Then comes the ‘hard bit’ which is the rigging, and this will almost certainly take at least three times longer than the main build.

Completed model pictures are printed on the box sides (below).

There is only one assembly option, and this is whether the cannon (there are 32 of them) are stationed back on the deck with hatches closed, or in position ready for a broadside. Being a pirate ship, the latter choice is probably the most likely. 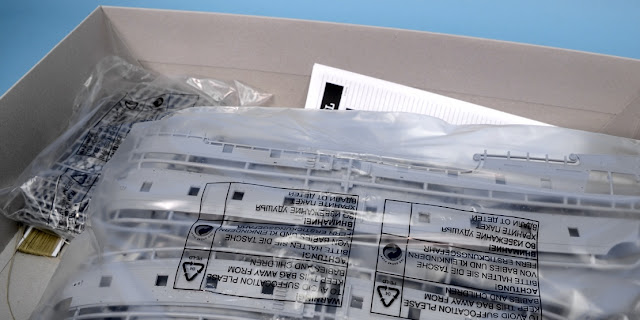 One slight oddity, compared to many other kits of sailing ships, is that the sails are not vacuum-formed, but are injection-moulded styrene, along with all the other parts. There are pros and cons to this. Styrene sails tend to be too thick for true scale, but are easier to work with. Vac-formed sails are more in scale, but trickier.

Instruction booklet (below), with paper flags depicting skull and crossbones symbols, and threading for the rigging. 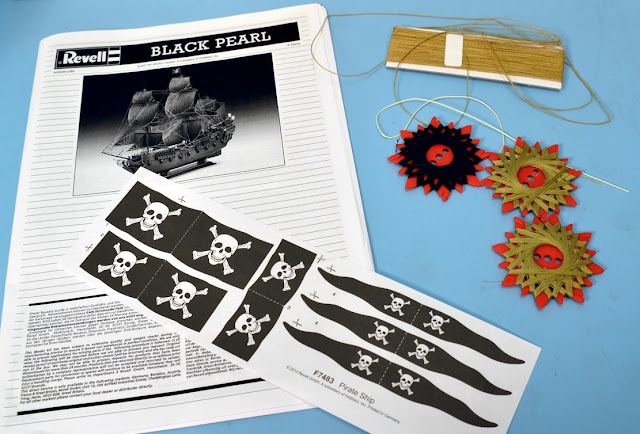 Another odd point, given that this is an officially licensed model, is that there are no figures. The 1:72 scale is large enough for recognisable characters to have been added, so possibly this is down to the fact that the basic kit already existed - and still does - as the generic Pirate Ship. However, the figureheads are different, as the Pirate Ship has a swan, the Black Pearl, the angel. 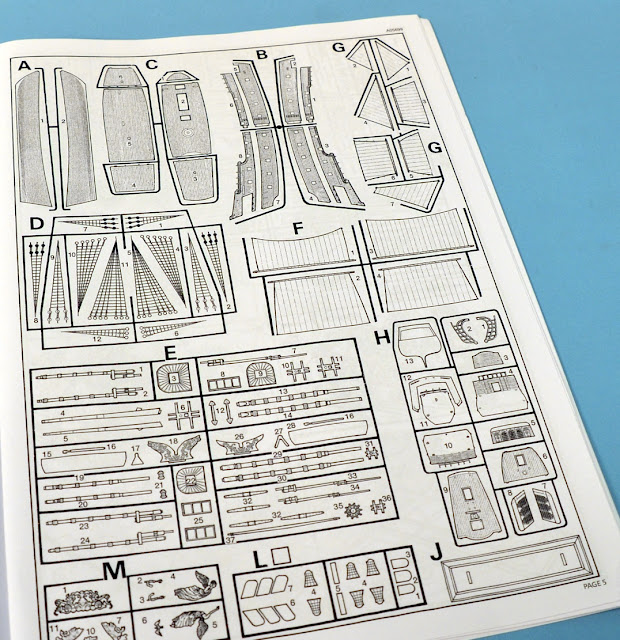 The movie Black Pearl has been achieved with a mix of special-effects techniques. The first appearances were mocked up superstructures on floating barges, but then a full-size galleon was built over an existing motorised vessel called the Sunset, which was previously used to service oil rigs. 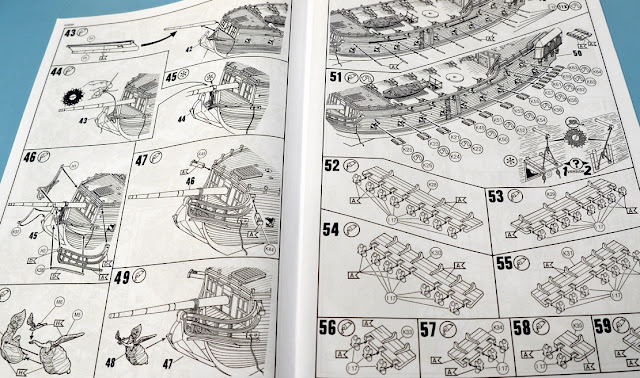 One point to make is that the movie released in the US is subtitled Dead Men Tell No Tales. For the rest of the world it is Salazar’s Revenge, which is used for this kit as it originated in Russia, and is a German kit. 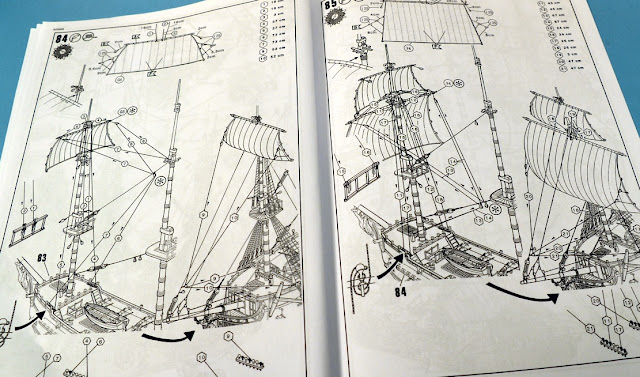 The instruction pages (above, below) deal mostly with the ship's rigging. 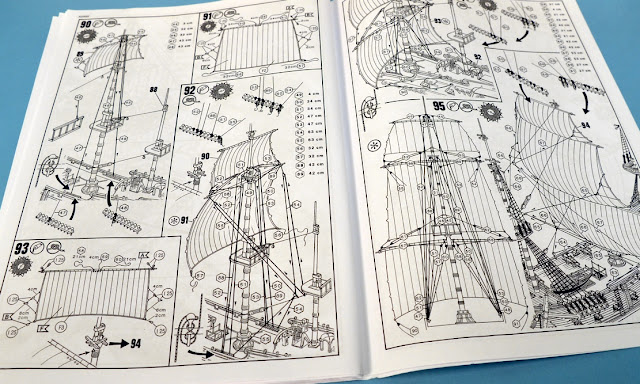 Box-art (below) shown at the  London Toy Fair in January 2017 shows a different design. 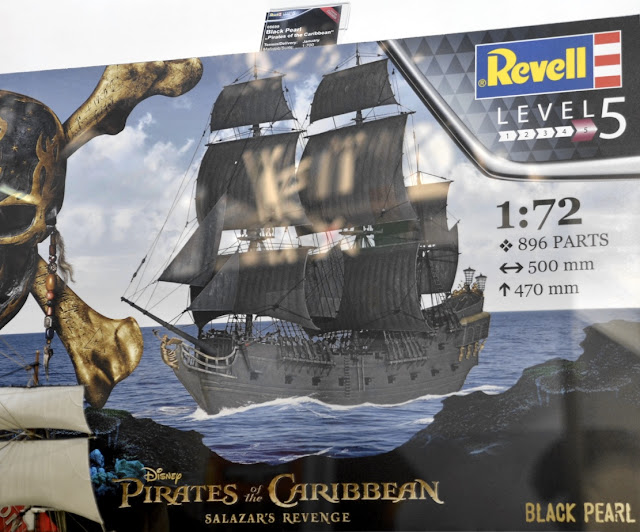 Movie madness
Changes of name for different markets are common in the movie business. Recently the US ‘The Avengers’ became ‘Avengers Assemble’ for the UK, to avoid confusion with the British TV series. And - rather appropriate for this review - the UK movie ‘The Boat That Rocked’, about Britain’s original ‘pirate radio stations’ in the UK, became (perhaps more logically) ‘Pirate Radio’ for the US. Oddest though is likely the Alan Bennett stage play, ‘The Madness of George III’ that became the movie, ‘The Madness of King George’. This apparently was done especially for the US market as it was thought that movie-goers there, used to sequels, might assume it was the third instalment of a three-parter - and they’d missed parts I and II! (Well, according to urban myth, that’s one explanation…)