THE AIRFIX 1:72 SCALE PHANTOM II KIT is an excellent example of the improvements that computers have brought to the model building scene.


SMN report: The Phantom II comes from the Cold War era, and the kit itself is of the British version, ordered from the US. Modifications needed for operation from British carriers, such as HMS Ark Royal (below) included an extended nose leg, necessary to achieve a high angle of attack for successful takeoff performance. 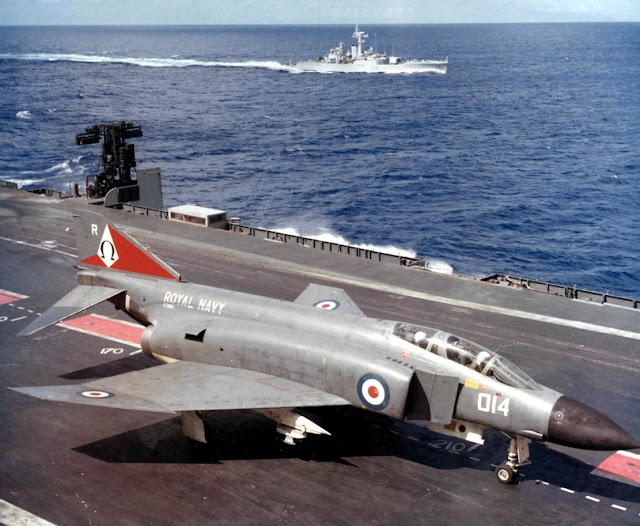 The Airfix Phantom II is an excellent kit, with plenty of detail for a 1:72 scale model. The folding nose radome alone makes it worth buying the kit, as does the weapons fit, and details such as the neatly-moulded engine exhausts.

We'd like the Phantom II even more if Airfix decided to bring out a bigger scale version, complete with fully detailed flight and ground crews - but for now, this is the best we can get.
Email ThisBlogThis!Share to TwitterShare to FacebookShare to Pinterest
Labels: Airfix, Airfix Phantom II
Newer Post Older Post Home