I WANT TO BELIEVE: FLYING SAUCER UFO FROM ATLANTIS MODELS 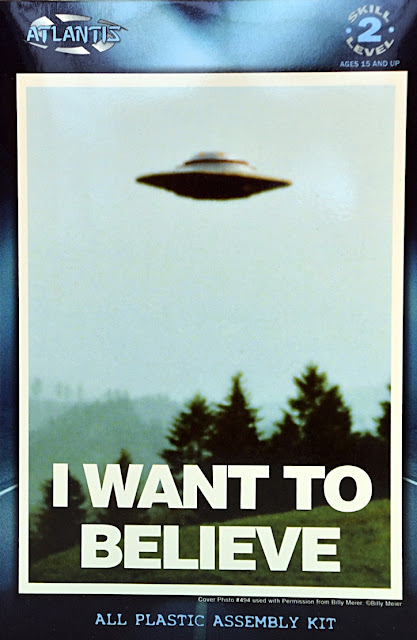 I WANT TO BELIEVE is another release in the Atlantis Models range of 5-inch flying saucers.


Mat Irvine: This Atlantis model is not intended to be a ‘real’ UFO. Instead, it depicts the flying saucer featured on a poster seen hanging in the basement office of Agent Fox Mulder, star of the hugely successful X-Files TV series.

As with other Atlantis five-inch flying saucer UFOs, this is a very simple kit, containing all of three components, the upper and lower hull, plus a flashing LED. There are another four parts for the stand.

The back of the box (below) has the very simple instructions. Note the stand has twice the number of parts as the saucer! 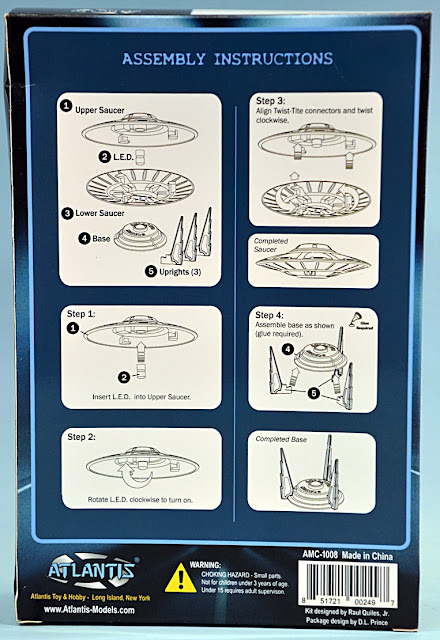 However, more interesting is the subject mattter. Although Mulder has always had a poster on his wall, over the series there were actually four or five different ones, the common features being a similar design, a UFO, and text that declares, ‘I Want to Believe.’

The first poster was made by the X-Files props department, backing up a storyline indicating that Mulder bought it at a local store. But it seems that the image used was copyrighted to a Swiss UFOlogist, Billy Meier, so was altered to avoid ownership issues.

The components (below) include a four-part stand, the two-part saucer, and generic flashing LED for after-sunset illumination. Note the card diorama backdrop moves the wording to the top of the image, whereas on the poster, it is at the bottom. 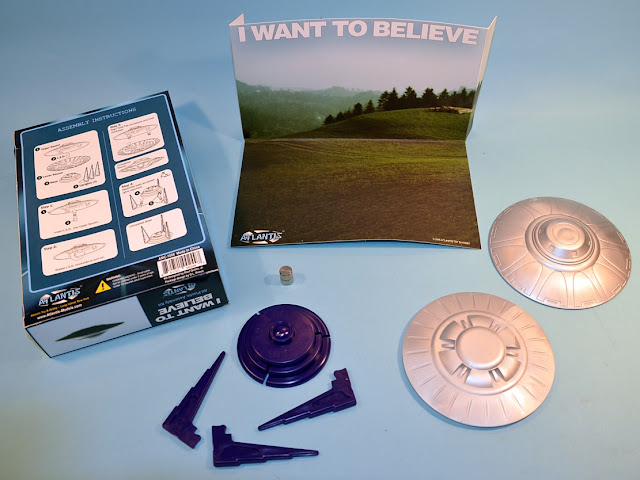 Billy Meier has made claims that UFOs are real, and has produced many images, purporting to prove it. However, most of his pictures seem to prove little more than one thing - that any photo of a UFO must be out of focus. Otherwise, the vast majority of his statements have been debunked.

The flashing LED installed (below). It pulses through red to orange, or from blue to green. 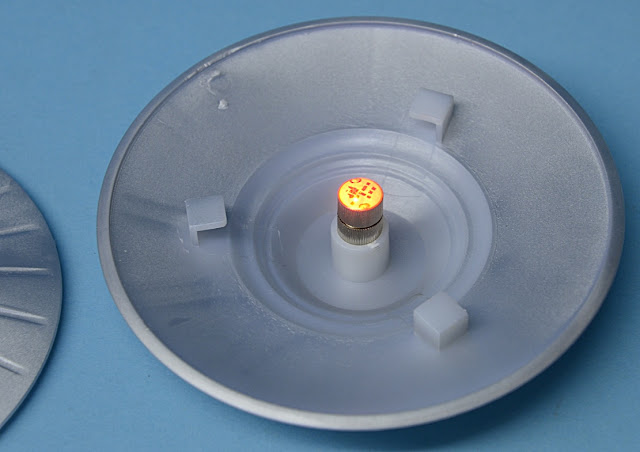 Personally, I reckon the poster UFO looks similar to the Testors Area 51 machine, released in 1995, two years after the first X-Files series aired. Alternatively, all the saucers are real! 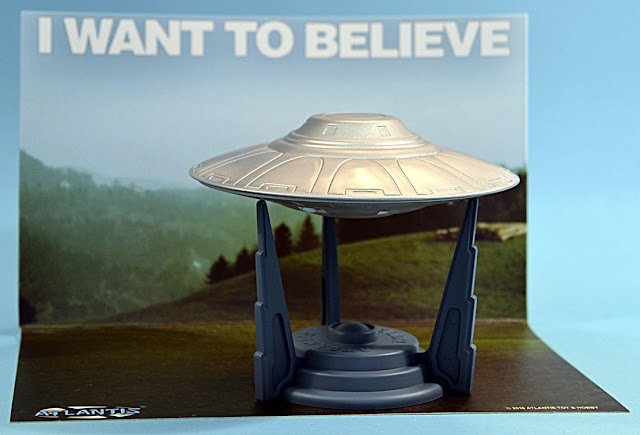 The saucer in place (above, below). To more accurately match the poster, you could fix a rod through the backdrop, and suspend the craft in mid-air. 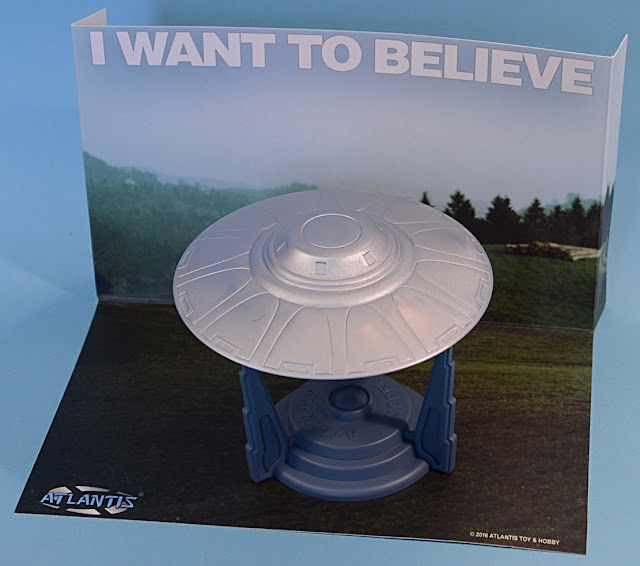 SMN note: This model may be an ultra-easy assembly job, but the finished result makes a neat addition to a sci-fi display shelf. The saucer is crisply moulded, and you can spray it any colour you like. Traditional silvery shades are probably best, but a Luftwaffe-style camo scheme would look good if you used it as an addition to a Luft 46 Haunebu collection. The Atlantis UFO is of glue-free Twist-Tite construction, though the stand requires assembling with cement.