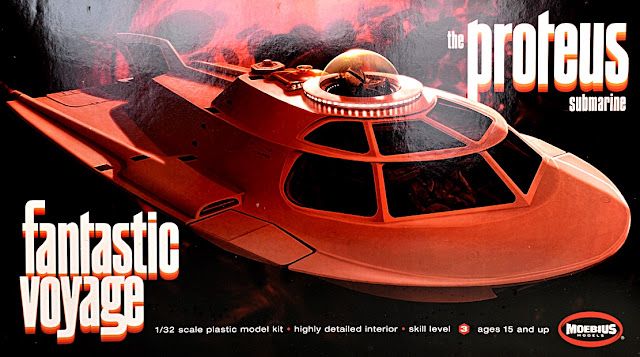 CERTAIN SUBJECTS just cry out to be made as model kits, and sometimes you wonder why it takes so long. This is certainly the case with the Proteus, submarine star of the 1966 science-fiction movie Fantastic Voyage.


Mat Irvine: Until now the Proteus has remained the domain of small garage kit companies, with models created using multi-material techniques, such as resin and vac-form. Now Moebius has produced a fully-detailed kit of the sub - and it’s a magnificent 1:32 scale model, which makes it some 400 mm (16 in) long when assembled. 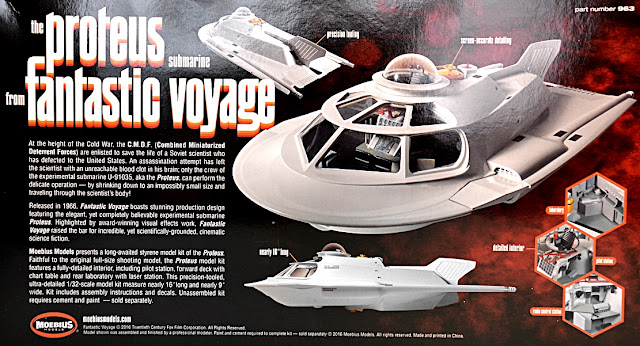 The Proteus has a fully-detailed interior, which features the pilot-Captain’s chair beneath a clear bubble canopy, plus seating for the rest of the five-strong crew. The sub's fully-equipped laboratory is reproduced nicely, even down to the kitchen (well, laboratory) sink. There is also the large, clear forward port array, the framework for this being a separate moulding.

Nice detailing in the kit, shown on the box (below). 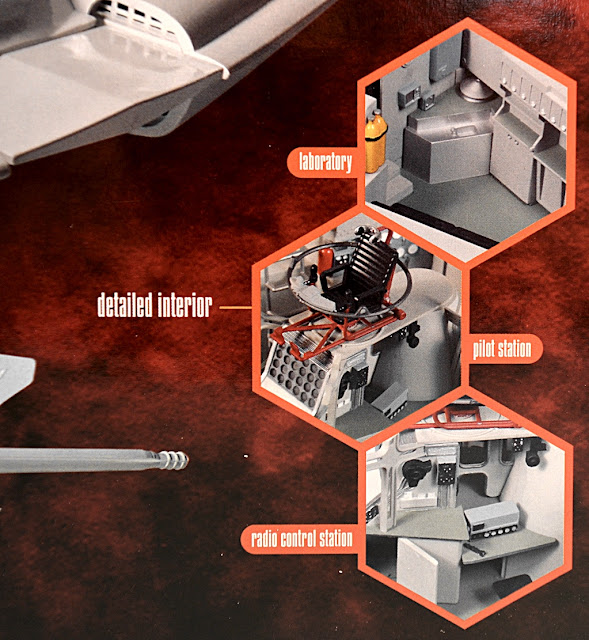 Full painting details are included, though as the instructions state, much of this was gleaned from frame-grabs of the movie, and model makers will doubtless want to do their own research on this.

This is a big kit - note the Humbrol tinlet included for scale comparison (below). Evocative box-art (below) depicts the Proteus negotiating the interior of a human body. The plot of the film featured a miniaturization process, by which the sub and its crew were injected into a scientist's bloodstream. 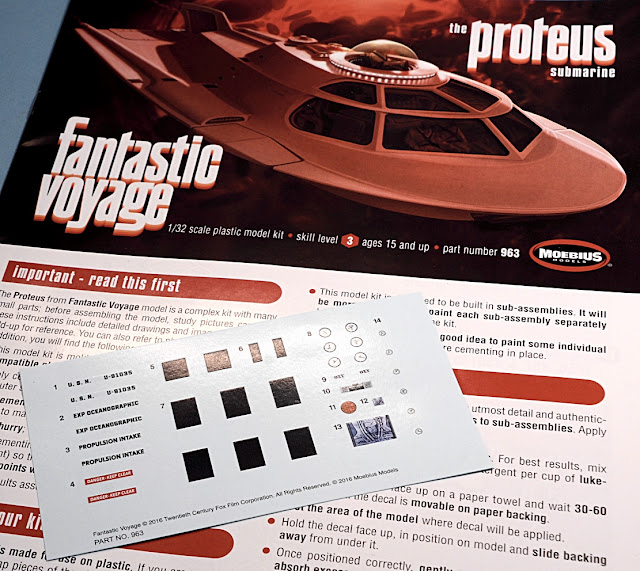 The instructions are clear and comprehensive (above, below). 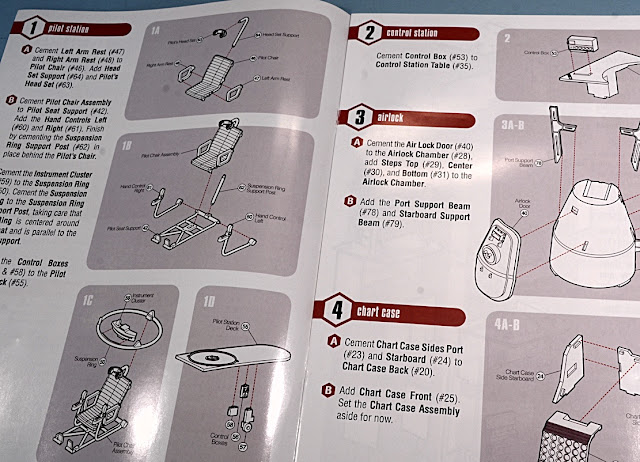 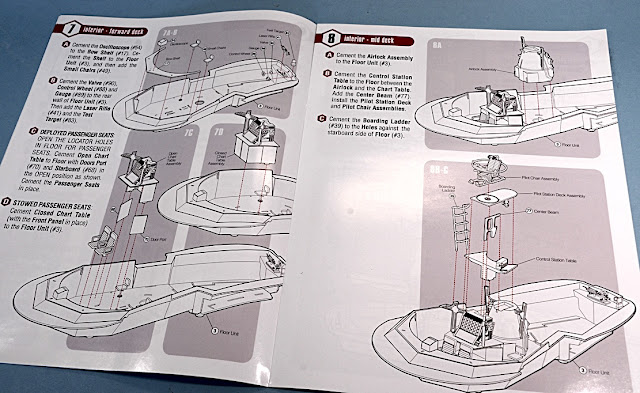 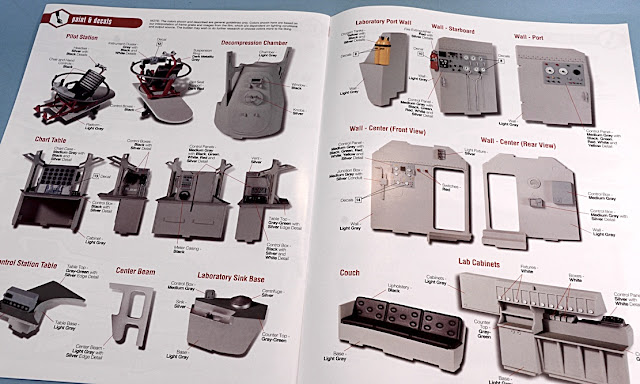 There were plenty of pre-cgi special effects in Fantastic Voyage (below) which was a success at the box office. 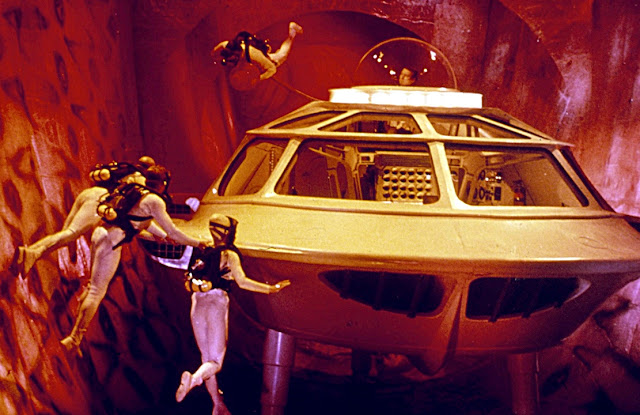 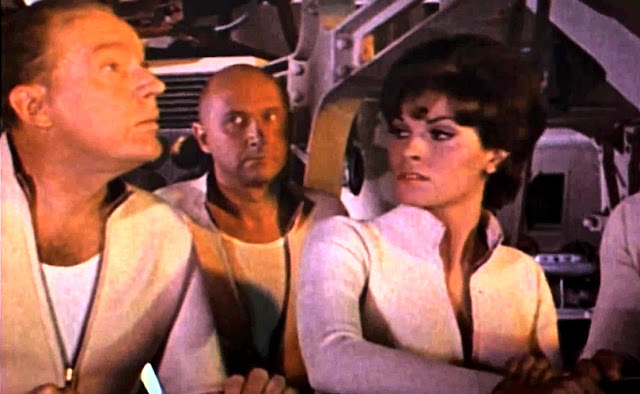 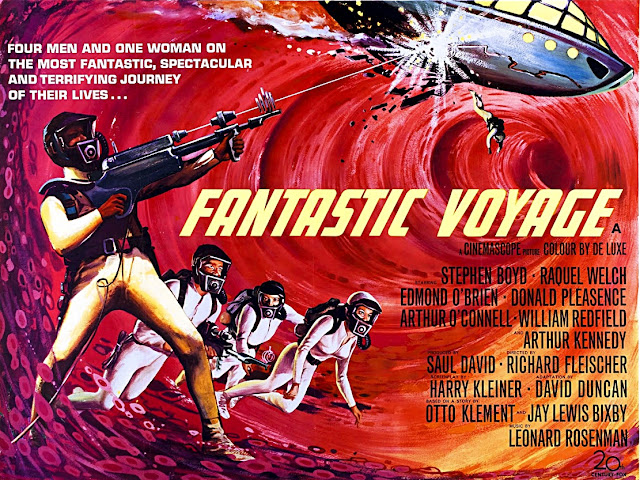 One important thing missing from the kit is the five-person crew, but Jimmy Flintstone has a 1:32 scale unpainted resin set (below). The sculptors at Flintstone didn't forget the sub’s female star, a scientist played by the luscious Racquel Welch, famed for her appearances in movies of this era. She also starred in another 1966 release, One Million Years BC. 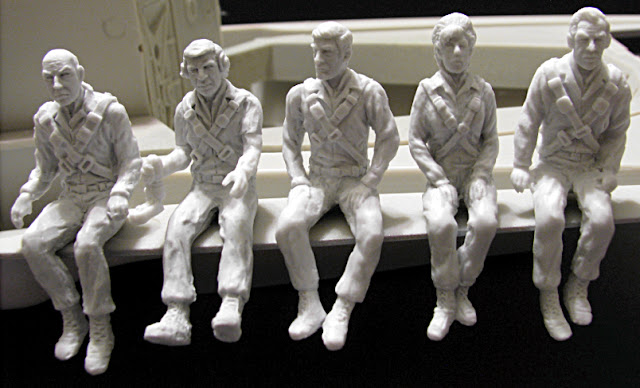 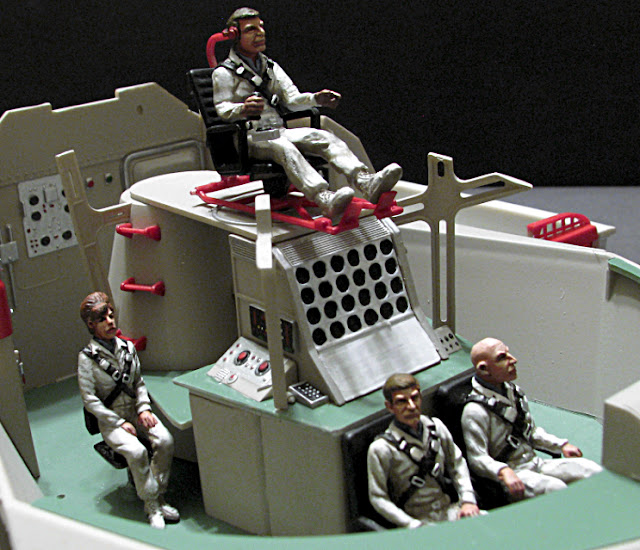 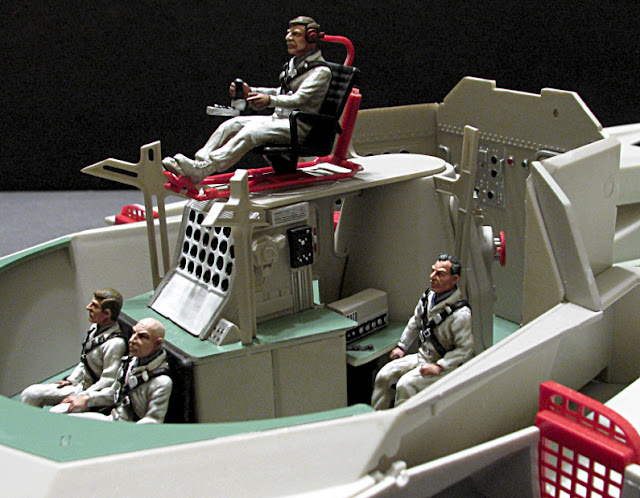 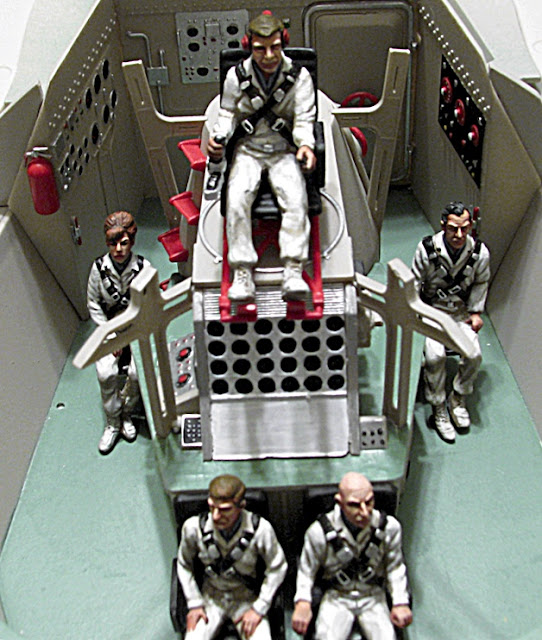