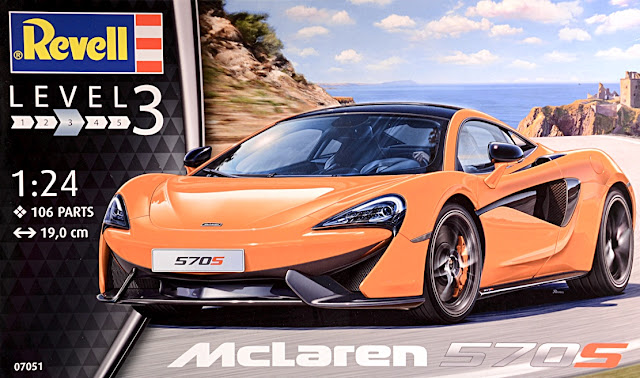 THIS FULLY DETAILED 1:24 SCALE MCLAREN 570S kit from Revell is a new-tool production, definitely not a reissue of the Aoshima release, the only other available kit to a similar scale.

Mat Irvine: The kit includes a fully-detailed engine and drive train, even if they are mostly hidden when the model is completed. The engine is only really visible - slightly - through the top deck hatch, and not at all from underneath, as the car has a full-length body pan. But no complaints, as at least the components are there, even if you are the only one to know about them. 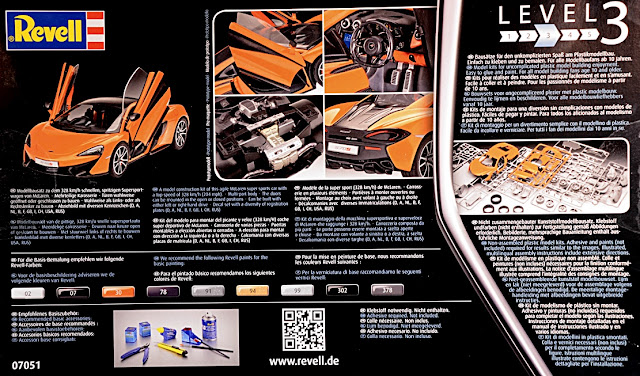 Construction of this Revell McLaren 570S kit looks complicated when you look at the instruction leaflet, especially when it comes to dealing with the mass of pipework, exhaust system, and engine. But actually, all those 106 components fit together pretty well.

Components (below) are supplied in orange and silver-grey, with transparent windows and black tyres. 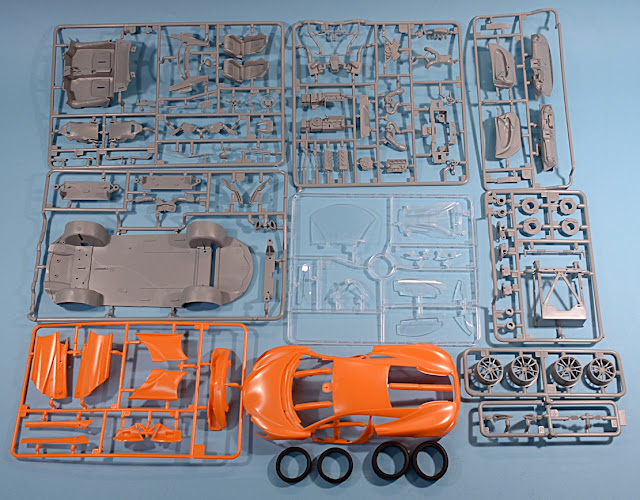 The front wheels are poseable, the massive disc brakes being nicely visible through the spokes. The interior provides the kit’s main option, that of left- or right-hand drive, with appropriate positioning of the steering wheel, and optional instrument panels. This is slightly unusual with Revell-Germany cars, as most are supplied only as LHD, even if a UK licence plate is usually printed on the decal sheet. But here, perhaps because of McLaren’s British heritage, you get optional dashboards. 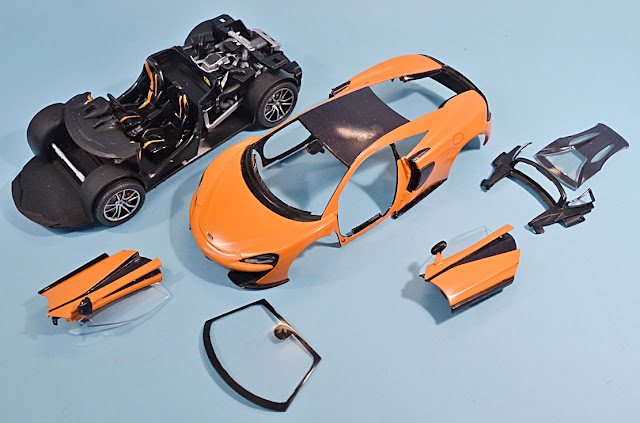 The bodywork mouldings are mostly orange, with silver-grey for the rest. Some extra spraywork and masking is required, so painting becomes quite complex. The instrument panel has orange sections below the instruments and at the sides, while the inner door panels have orange inserts. The exterior of the doors is a mix of orange, black, and black carbon fibre, the last reproduced on the decal sheet.

In real life, the McLaren’s scissor-design doors open upwards for entry and exit. On the kit (below)  the doors do not actually move, but they can be positioned open or closed. For the latter option, small pins on the leading edges have to be removed. I built the RHD option, making this the driver's door. Note though, that no figures are supplied with the kit. 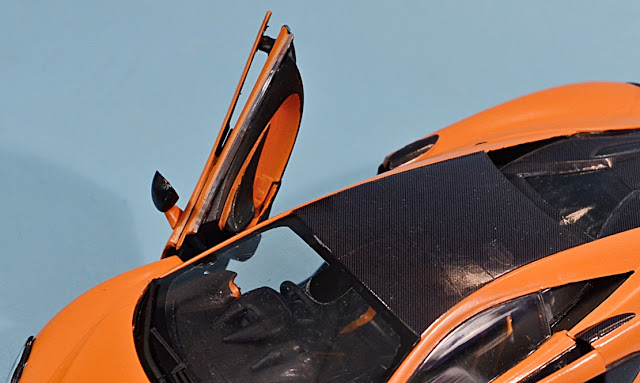 The roof and a lot of the engine cover are also carbon fibre, which is supplied in decal form. The exterior front and back bodywork areas are black, which I found worked equally well if I hand-painted them, rather than masking and spraying.

Close up (below) with the engine hatch removed. You can just see part of the engine. 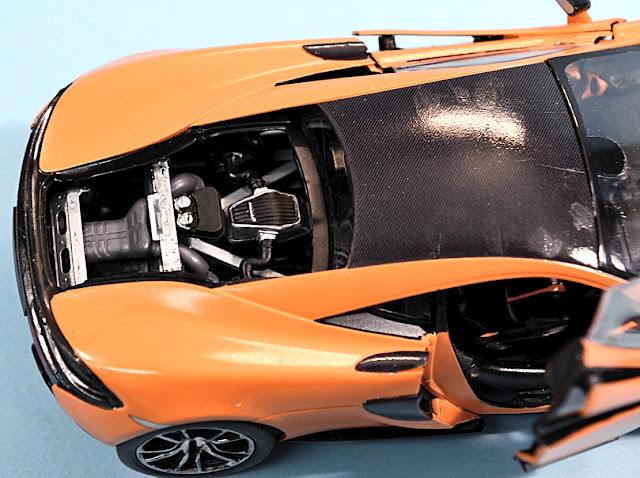 Summation
Assembly of the Revell McLaren 570S is rather fiddly in places, but overall the kit goes together well. As a subject, the McLaren 570S certainly makes a change from a Porsche, Mercedes, or Ferrari.