BATBOAT IN BLACK: 1:25 SCALE FROM AMT 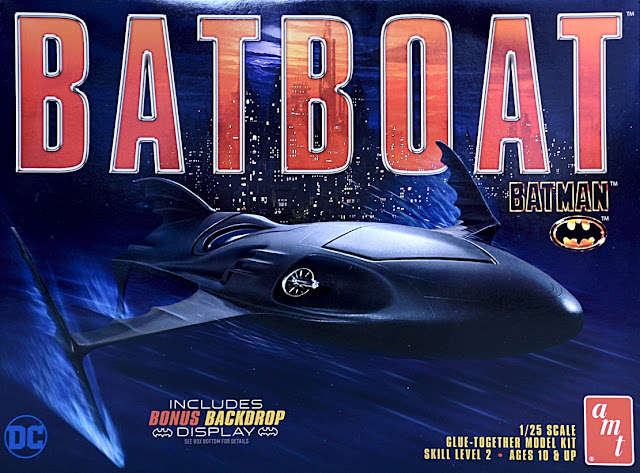 THE ROUND 2 COMPANY continues to delve into the tooling of its kit company acquisitions, in this case, AMT. So here is another in the Batman series, the Batboat, produced in 1:25 scale.

Mat Irvine: When previously owned by Ertl, AMT had the first licence for the then-new range of Batman films. The Batskiboat featured in the second film Batman Returns which was first released to cinemas in 1992. Base of the box (below) has plenty of printed information. 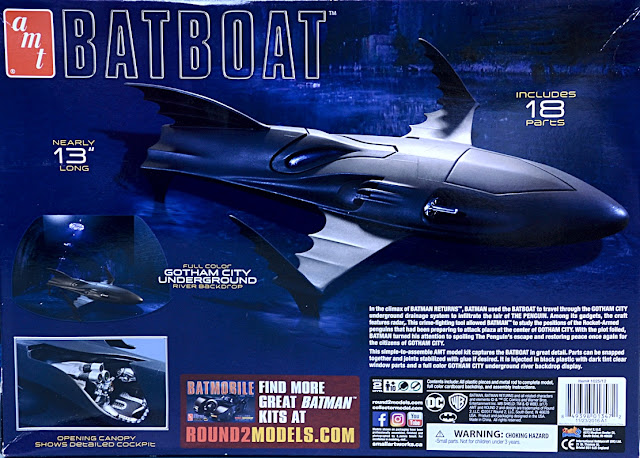 Round 2 has made two changes with this kit. First, the ‘ski’ part of the name has been dropped, even though the Batboat is still a hydrofoil design. And second, the fact that this was a snap-kit is absent on the box; in fact, the kit is described  as 'glue together.' 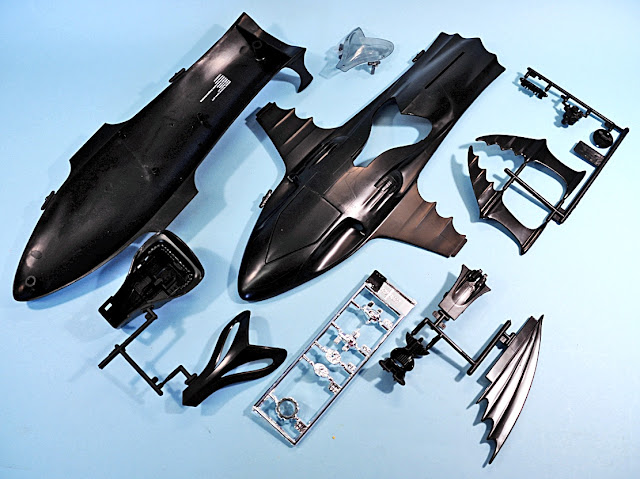 The components (above) are identical to the original kit, though the parts-count has a somewhat miserly grand total of 18, and that includes a clear part for the cockpit canopy windows, plus a small chrome runner. Unlike the Round 2 Batwing, this kit does not include a figure. The parts are moulded in plain black, though the components do have a slight metallic sheen.

This latest release, as with the other reissued Bat kits, includes a nicely produced card diorama, called a 'Bonus Backdrop Display' on the box. Instead of a Gotham City skyline, the diorama features the underground setting of a dank Gotham sewer.

The two-part card diorama (below) before assembly. 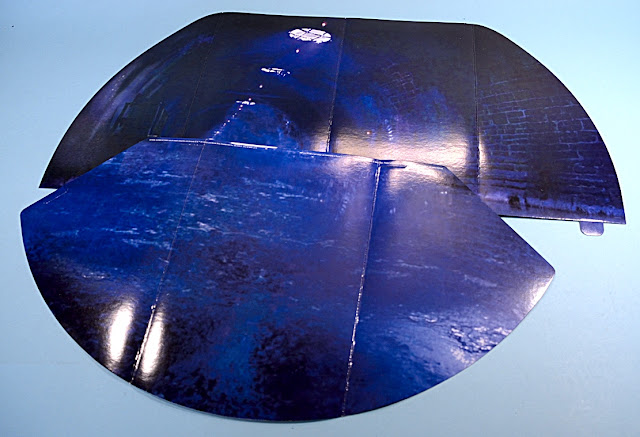 The fictional Batboat (below) could rise up on its hydrofoils, allowing high speeds when chasing bad boys across the water. 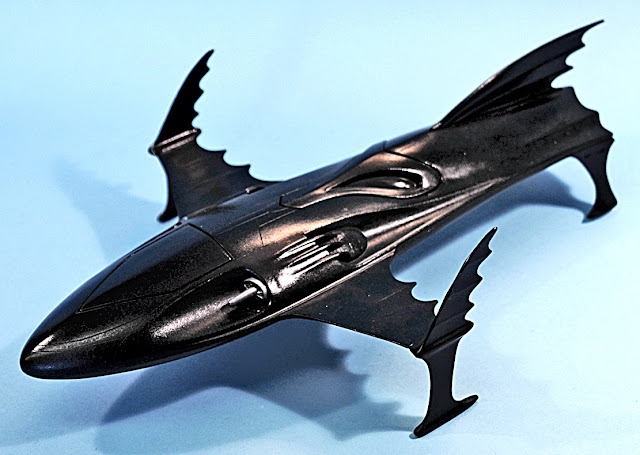 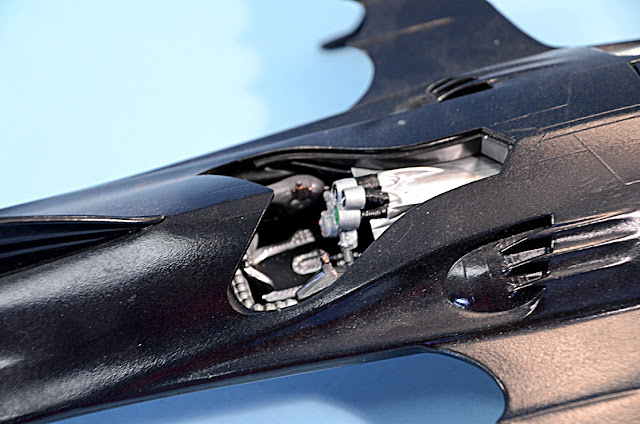 The cockpit (above, below) is nicely detailed, and adds to the show appeal of the finished model. 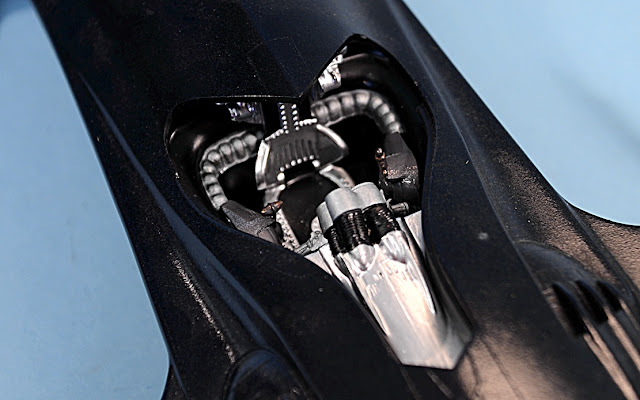 The Batboat (below) looks impressive when positioned against the assembled Gotham sewer diorama. 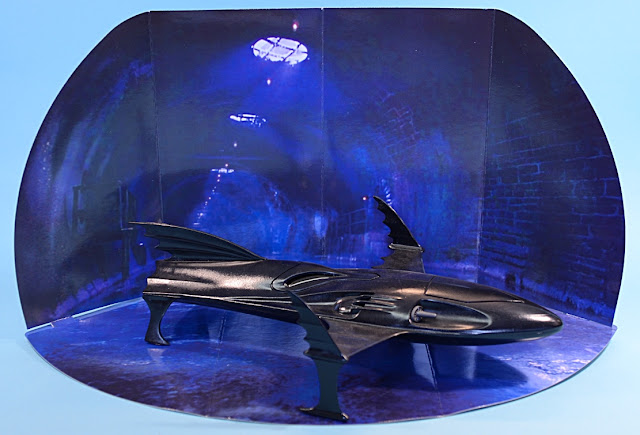 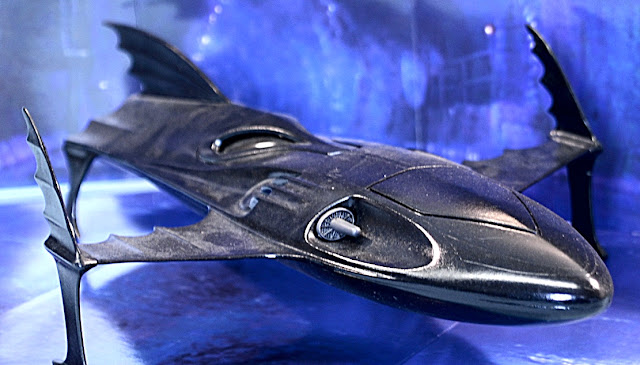 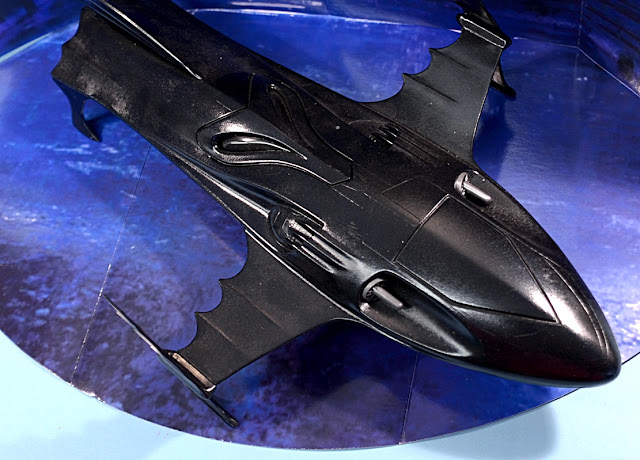 The front of the original instructions (below left) compared to the latest version. 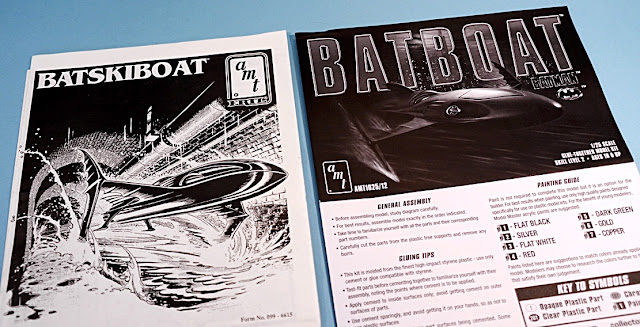 The original Batskiboat box (below) was created in a very different, graphic-strip style. Note the original 'Snapfast' assembly label. 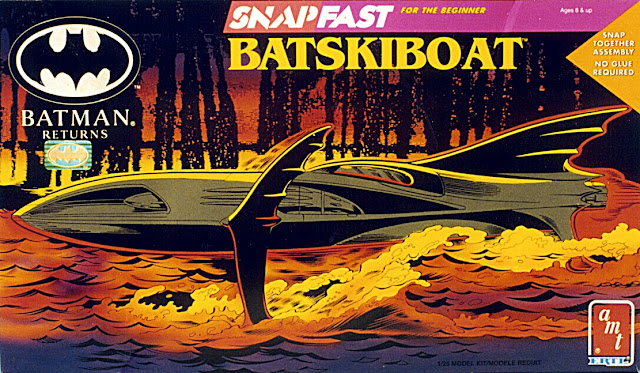 Summation
For Batfans, a must-have kit, especially as it’s moulded in standard 1:25 scale. The diorama is a useful extra that makes an instant presentation that impresses. There’s no Batman figure included, worse luck, though there are plenty of figures available, both as toys and scale replicas.