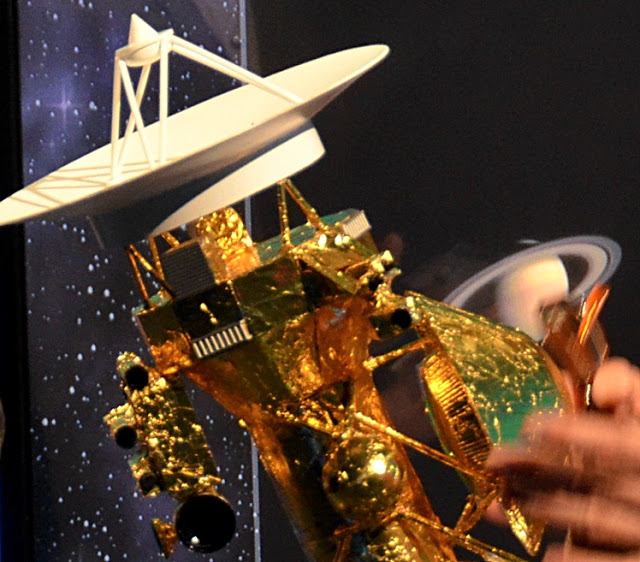 ONE OF THE LONGEST-SERVING and most adventurous space probes met a fiery end today, when it plunged into the atmosphere of the ringed gas-giant planet, Saturn.


Mat Irvine: The Cassini space probe lasted just shy of 20 years in space, of which 13 were spent exploring Saturn, its rings, and its moons (62 in all, plus many tiny moonlets). Cassini also despatched a sub-probe called Huygens, in 2005. This made a soft landing on the surface of the moon Titan.

Unfortunately Cassini hasn’t yet been immortalised with a commercial model kit, although the US garage company Space Cadet Models has made a resin kit of the Huygens probe, and you can download various paper models.

So when I made a 1:16 scale model of Cassini (header pic and others) for the the BBC2 Stargazing Live astronomy series, it had to be almost completely scratch-built. For the parts, I used mostly Plastruct components, from EMA Model Supplies. I added some kit parts for small details, including items from the 1:144 scale Airfix A-Type Vostok rocket  launcher. For Cassini's gold-foil insulation, I used wrapping paper from a chocolate bar, which is excellent for this purpose.

This is the office-cum-workshop (below) I use when I work on-site at the Jodrell Bank Observatory where most Stargazing Live shows have been shot. 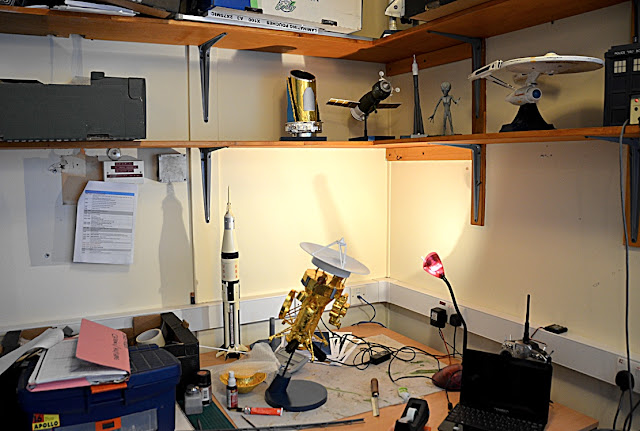 Cassini on set (below) with a TV camera ready for the shoot. 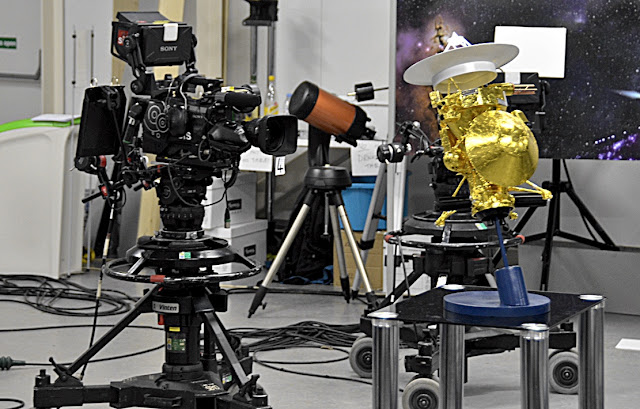 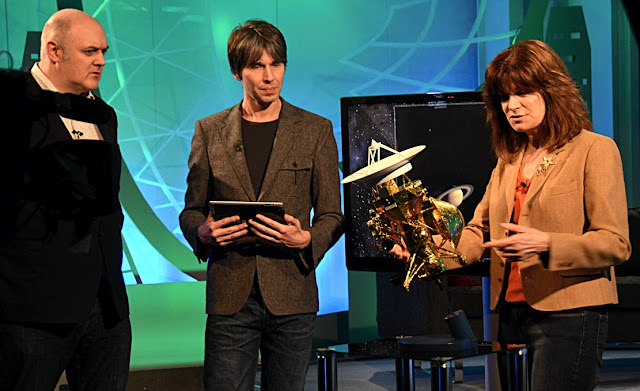 My models (below) of Cassini and the New Horizons Pluto probe, shown here with the 76 m (250 ft) dish of the Jodrell Bank Lovell radio telescope. It’s the third-largest fully-steerable such dish in the world. 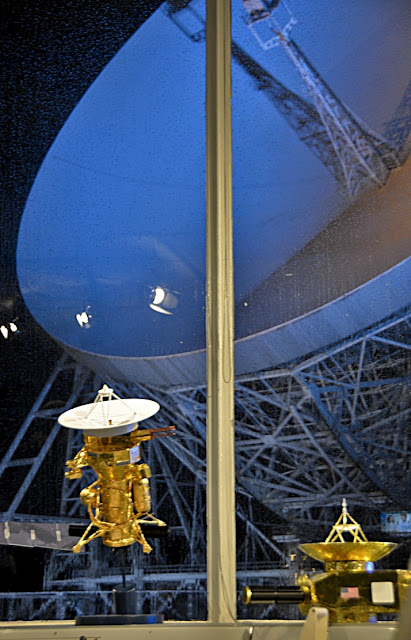 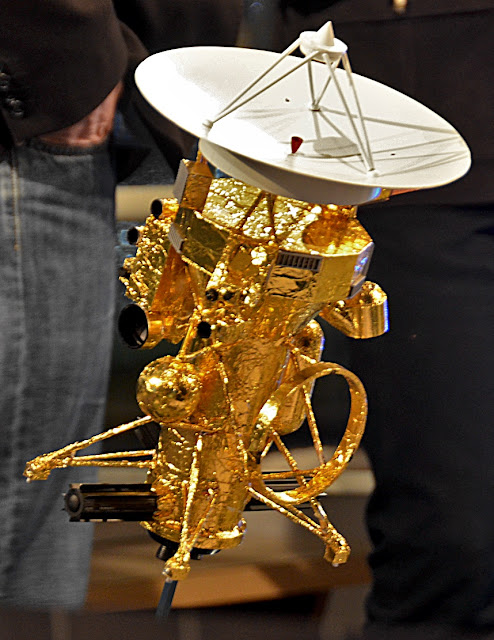 My New Horizons and Cassini models (below), sitting on the desk that controls the Jodrell Bank dish. 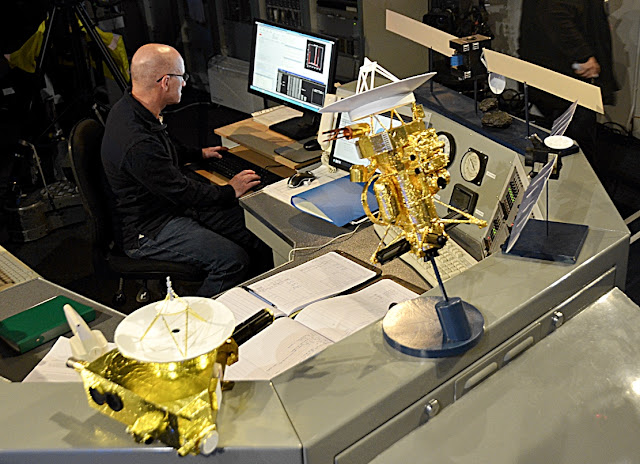 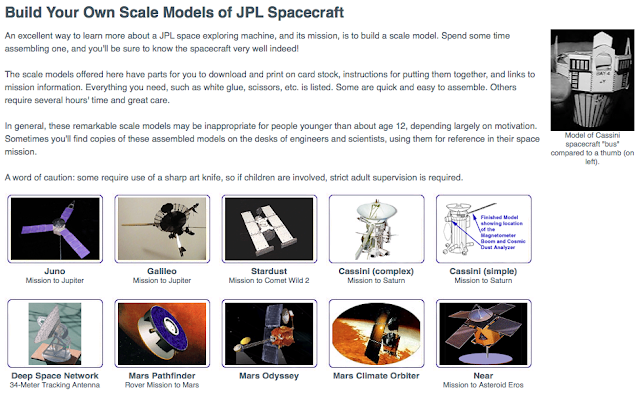 Here’s what the BBC had to say about Cassini’s destruction earlier today:

“…Controllers had commanded the probe to destroy itself by plunging into the planet's atmosphere. It survived for about a minute before being broken apart.

“Cassini had run out of fuel and Nasa had determined that the probe should not be allowed to simply wander uncontrolled among Saturn and its moons.

“The loss of signal from the spacecraft occurred right on cue. Here at mission control, at the Jet Propulsion Laboratory in Pasadena, California, this drop-off was timed at 05:55 PDT (11:55 GMT; 12:55 BST).

“It signified that the probe was tumbling violently in the planet's gases just seconds from being torn to pieces.

“And so ends one of the most successful space missions in history. In its 13 years at Saturn, Cassini has transformed our understanding of the sixth planet from the Sun.

“It has watched monster storms encircle the globe; it witnessed the delicate interplay of ice particles move through the planet's complex ring system; and it revealed extraordinary new insights on the potential habitability of Saturn's moons.”