Mat Irvine: At first glance, this looks like the Bomarc kit that first appeared in 1958. It has only been reissued once since then, as part of the Revell History Makers, Series I in 1982. The box (header) is reproduced from the original artwork of 1958. However, it is somewhat larger and with new notation such as ‘SSP’ and ‘skill level.’

All the kit's parts, the missile, launch platform, two figures, even the box-art, remain as the original kit. But there’s an extra this time, and it comes with the decal sheet. The Bomarc was used by the USAF from the late 1950s through to the early 1970s. The only other country to use the missile was Canada, and now decals have been included for the Canadian version.

The 61 components (below) are moulded in grey. 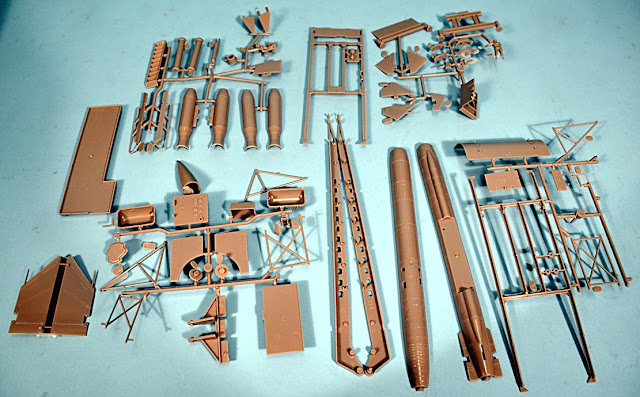 Given that the kit’s tooling dates from 1958 (the date is still embossed on one of the parts), it has survived fairly well. You need to decide which of three versions you wish to depict, which can be the prototype as depicted on the box, an operational USAF Bomarc, or a Canadian version. You need to decide before assembly, as your choice will affect painting.

The new instruction brochure and decal sheet (below). The Canadian markings are near the bottom of the sheet 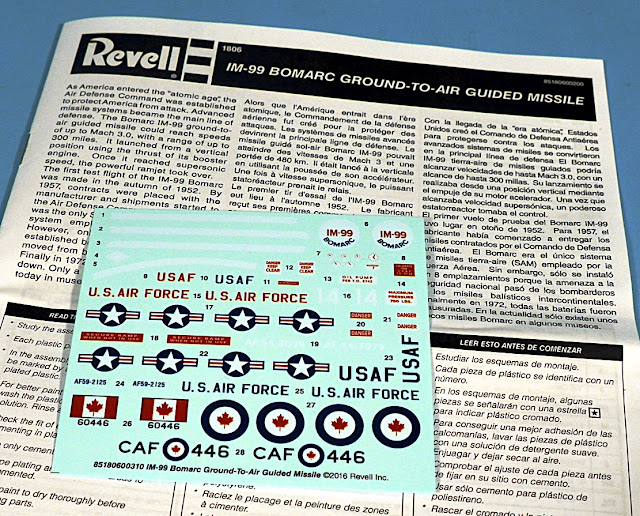 Operational missiles were painted overall light grey, which I matched by using Humbrol Medium Sea Grey 165. This allowed the whole missile, except for the nosecone and ramjets, to be assembled then painted as one. The Bomarc prototype should be finished in black, with the tips of wings and fin in white. Fortunately the kit has these moulded as separate parts, so they can be painted separately.

Bomarc launch pads seem to have been painted in a variety of colours - some were black, some yellow, others left in unpainted metal, or a combination of all three. For this kit (below) I depicted an all-yellow launcher, and for a change, finished the missile in Canadian markings. 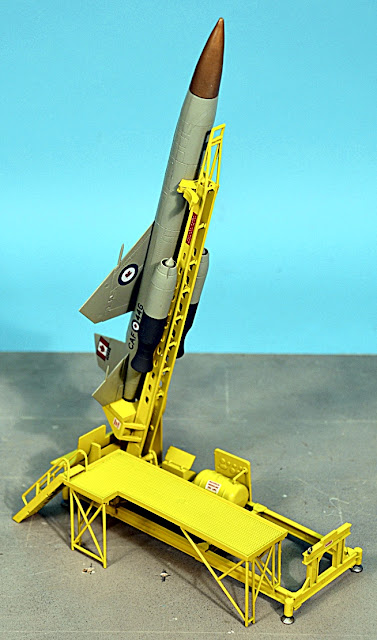 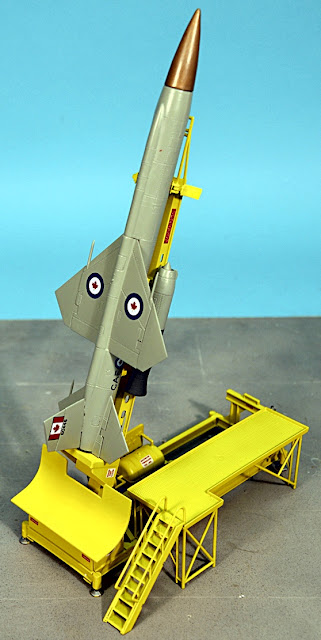 The kit comes from an era when Revell made models to ‘fit the box’ so there was no constant scale involved. For many years the Revell Bomarc’s scale was quoted at 1:47, though this was wrong and the box now has it at 1:56. This does seem correct, as I recalculated the figures, and came up with a more or less the same scale, 1:55.

The complete kit (below left) compared with one finished in black, as the USAF prototype. I built the latter from the earlier History Makers release. 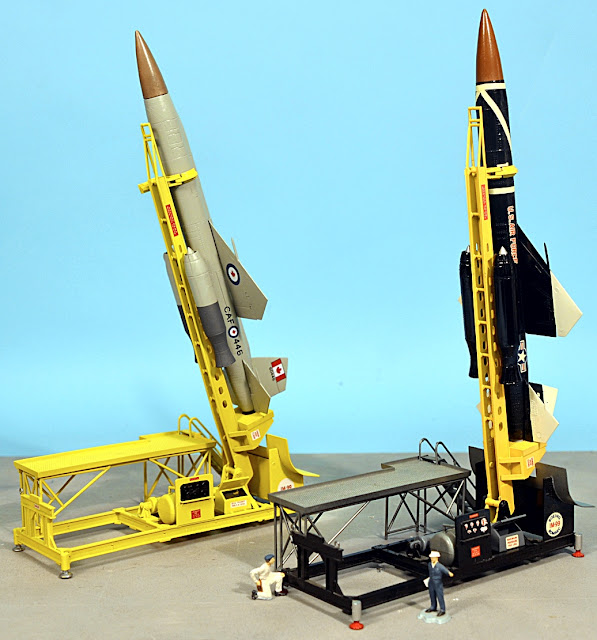 There is now also an ‘international approach’ to the whole kit. The box is made in China, the components are moulded in the US, and decals are by Cartograf from Italy.