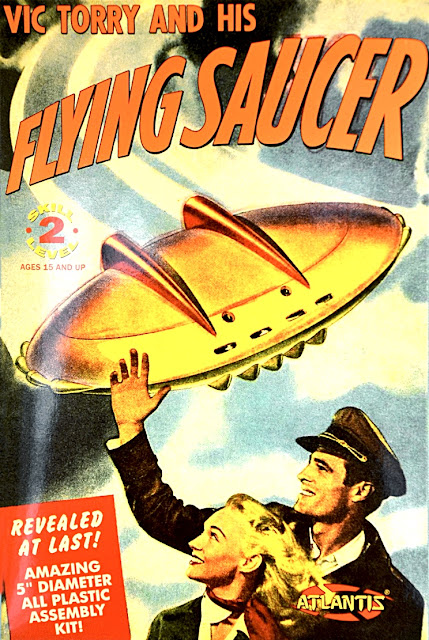 THE VIC TORRY FLYING SAUCER is the latest in the Atlantis Models five-inch saucer range, and comes with the usual accompaniment of a flashing LED.


Mat Irvine: I suspect the name Vic Torry does not mean much to most model makers, but he was a comic book hero, published in 1950 by Fawcett Publications. Much of the lack of awareness could be that he starred in only one comic, titled - as is the kit - Vic Torry and his Flying Saucer.

Instructions (below) are printed on the box back, in usual Atlantis style. Given the few components, they are pretty straightforward! 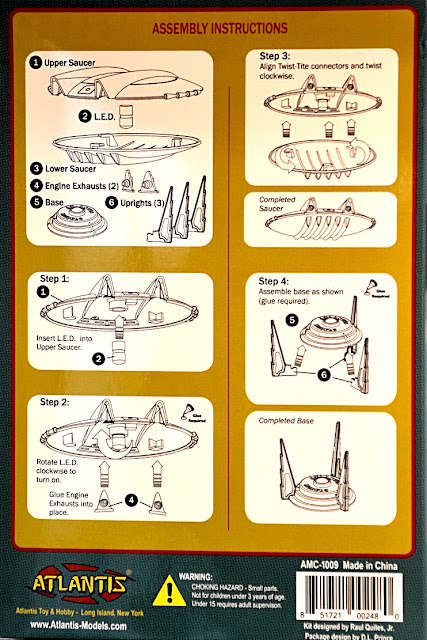 A slight problem with the included flashing LED is that the saucer has no clear body, so the lighting effect is only visible through the small cabin windows. There are no quoted dimensions, though judging from the window sizes, the saucer model looks to be about 1:144 scale.

In fact, a transparent component was intended to represent the windows, and you can see the recess on the underside of the upper hull. For technical reasons, the planned addition was not completed, but you could add your own easily enough, by adding a strip of clear plastic sheet.

What you get in the box (below). The saucer is actually composed of four parts, as there are two small parts for the engine nozzles, not seen here. 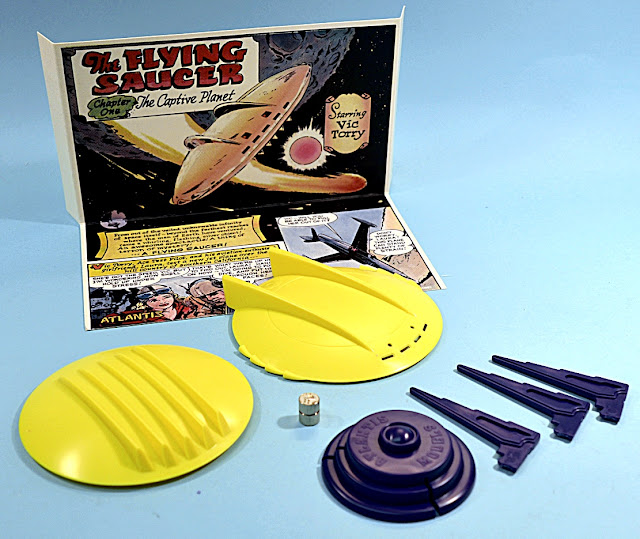 The colour could be a slight dilemma as the kit moulded in yellow, and the colour depiction of the images in the comic are definitely yellow. However the text maintains that it is a ‘silvery’ shade. I suppose you could compromise with a ‘silvery-yellow.’

A new stand has been tooled for the kit, which will also take other saucers in the Atlantis range, and in fact many other saucer-shaped craft.

Atlantis supplies a card diorama display backing, though this is a reproduction of the comic pages, not a realistic scene. Some early kits have a slight misprinted version, but you can get a free corrected replacement direct from Atlantis.

The finished model (pictures below) on the base, against the card background. I ended up painting it with a base coat of Humbrol Trainer Yellow 24, topped with Testors Lime Gold Metallic 1642, and finally a faint mist coat of Humbrol Silver 11. 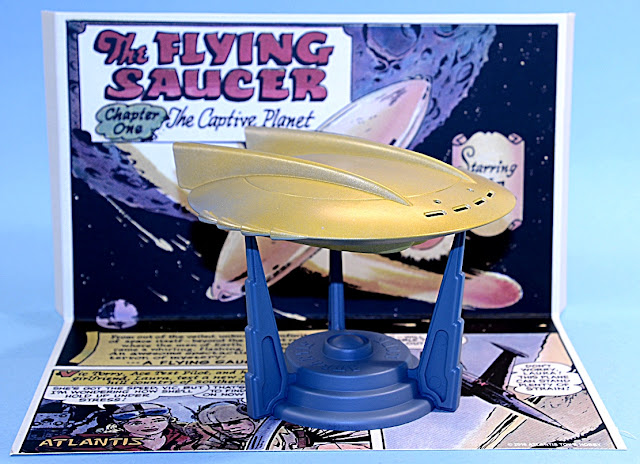 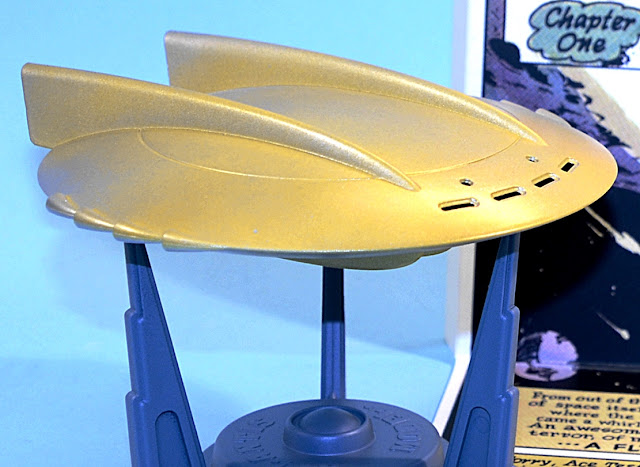 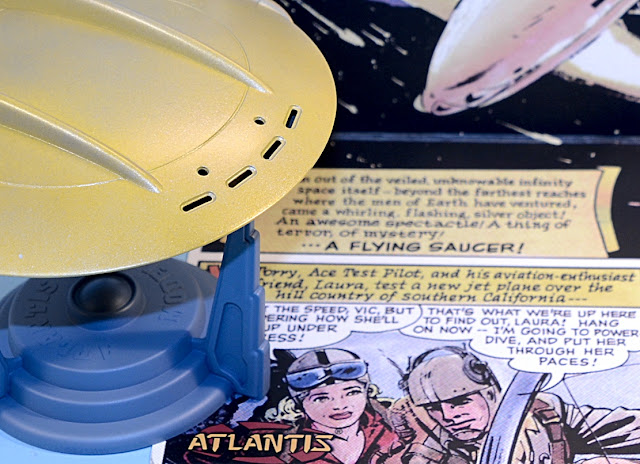 Vic Torry featured in only one publication (original cover below) and probably because its rarity, prices for original comics can be up in the hundreds of dollars. But you can download here an archived copy in various formats.

The comic (original cover below) shows Vic as a research pilot testing a new jet (based on the single-seat Lockheed XF-90) while, slightly inexplicably, accompanied in the (two-seat) cockpit by his girlfriend, Laura. They land next to a crashed UFO with a dying ET inside, who explains that he is from the planet Mercury. Then Vic and Laura’s space adventure begins… 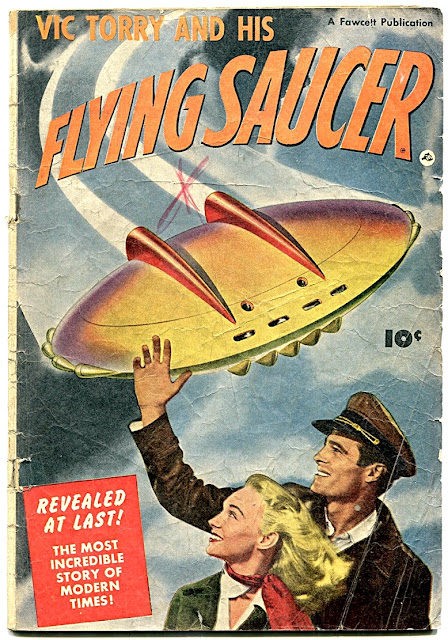 SMN note: The archived copy makes a good read for comic fans, especially as you can find out about the ‘most destructive bomb in the universe’ and the evil tyrant with the name Szzz. Aaah… great stuff!

Thanks to Atlantis Models for the review kit, and to Andy Yanchus for additional information.