THE  NEW-TOOL BRISTOL BLENHEIM FROM AIRFIX looks like it will be a must-build kit for 1:48 scale air fans. The Blenheim is under development for release in 2018, and should be another winner for this long-established kit company. 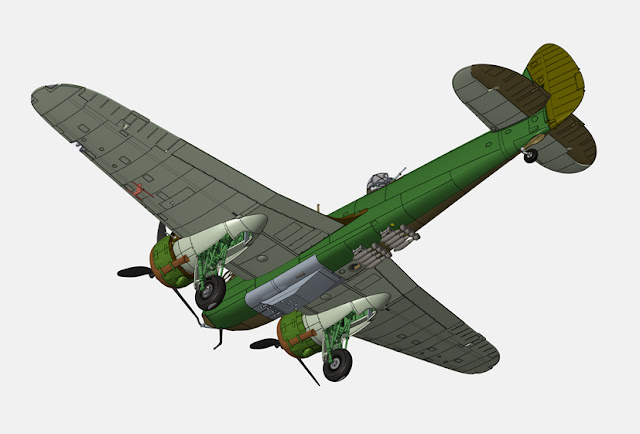 Airfix has released cgi images of the new kit, which show that there's been plenty of detailed research. We particularly like the belly-mounted gun pack and octet of bombs behind the wing.

As yet, there aren't too many details available on the upcoming Bristol Blenheim, but these pix show there's going to be much to enjoy when the kit becomes available in 2018. 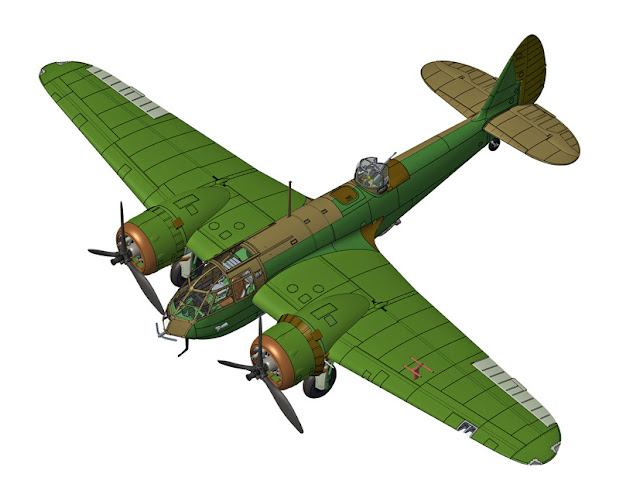 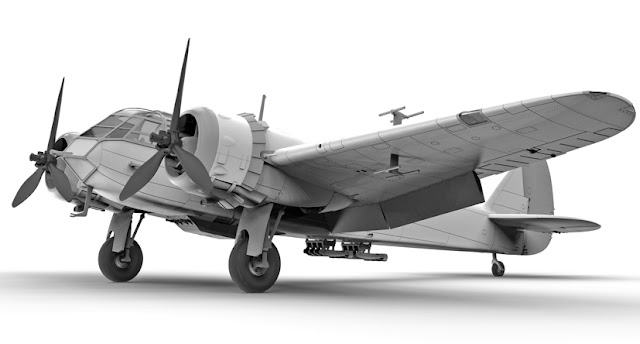 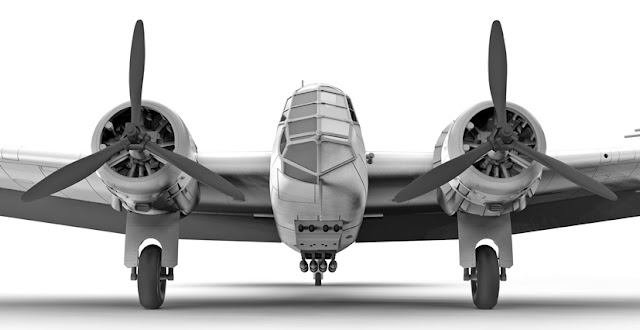 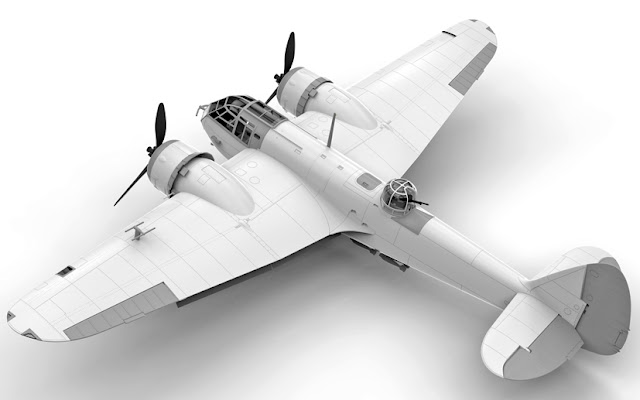 There will be plenty of internal detail, including (below) the flight deck, and landing gear.

The dorsal turret (below) and two Bristol Mercury engines should look impressive after assembly and finishing are complete, even more so when some careful weathering is added.

Airfix reckons to have a prototype constructed for display at the massive ScaleModel World show in the UK on November 10, 2017. The event is flagged as 'the world's largest fine scale modelling show' so ought to be on your must-visit list.