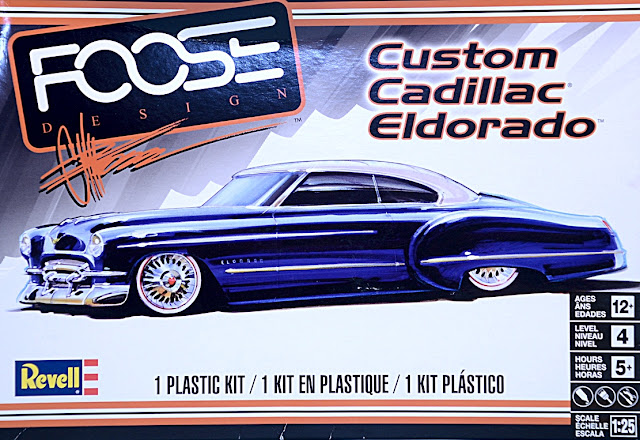 REVELL HAS BEEN USING the Foose custom name and designs for some years, but this Cadillac Eldorado is unique. Whereas previous Foose models have been reboxed existing kits with new box-art and decals, the Eldorado is a brand-new kit.


Mat Irvine: The 1:25 scale model is based on a 1948 Cadillac Eldorado, and represents an early design from car customizer, Chip Foose. The box art (header) is based on an original Foose concept sketch. Parts layout (below) features a return to metal axles. 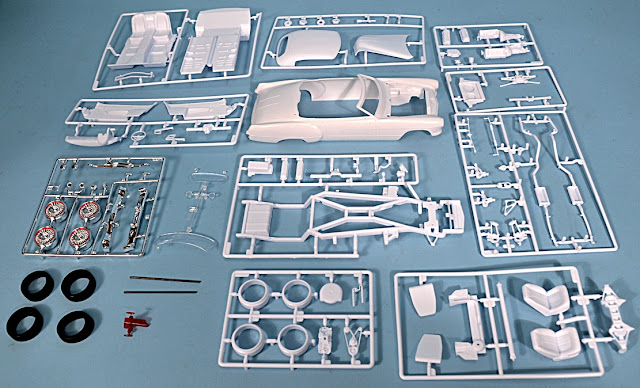 The road wheels come with pre-applied red stripes around the rims, a useful extra that avoids a time-consuming job. 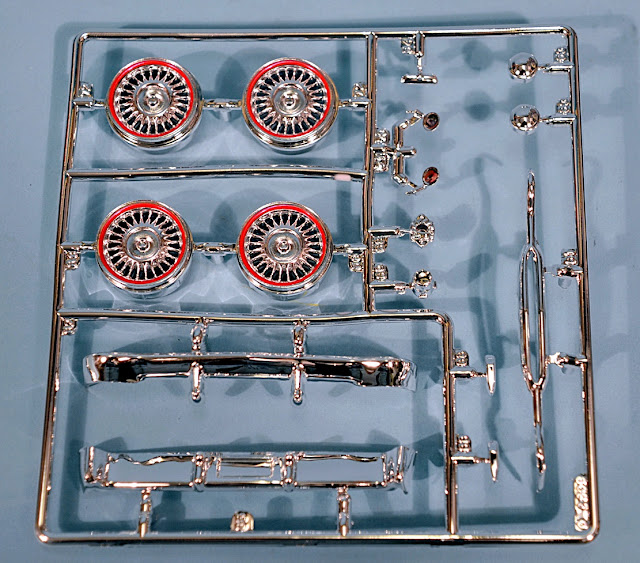 Instruction leaflet (below) and the modest included decal sheet. 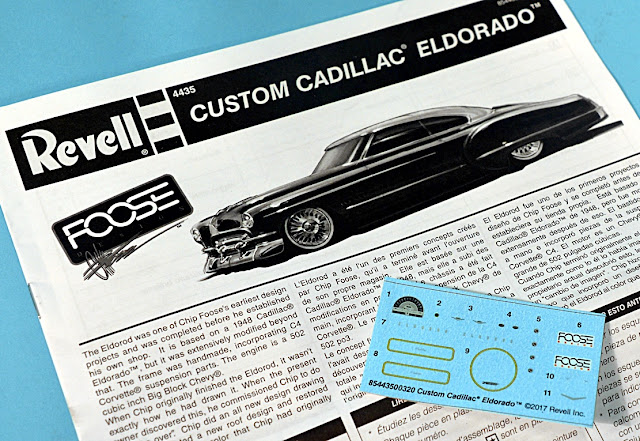 The vehicle’s top (below) and steering wheel were painted white.

Finished model shown (above, below) on a patterned plastic sheet. It’s the sort of thing on which custom cars are often displayed at shows. 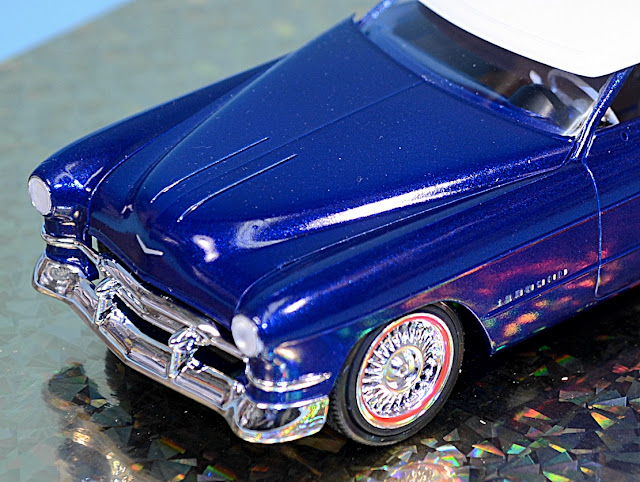 Much of the Eldorado’s interior (below) is a mid-brown, leather colour. Here, Testors camouflage colour Light Earth 1954 was sprayed on, then topped with a coat of satin varnish.

The instrument panel, top of the sides and small sections of the centre full-length console (below) are also finished in blue. I sprayed the blue on first, left it to dry thoroughly, then masked off as preparation for the brown. The blue lines are extremely narrow, so I used a good quality Tamiya masking tape, then applied the brown leather-effect paint. 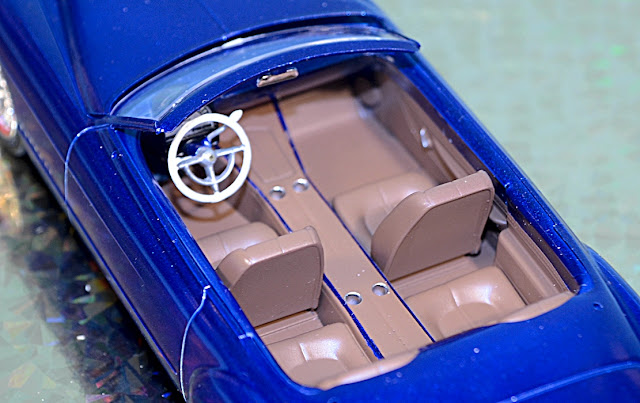 Underside of car (below) shows the full detailing included with the kit.

About Foose design
Chip Foose began designing custom vehicles from an early age, and started his own company in 1998. He has been associated with the US reality TV series Overhaulin’ that ran from 2004-2008, and again in 2012. Overhaulin’ featured cars that were rebuilt and renovated. The surprise was that an auto owner didn’t know what was happening until the customized result was revealed.

The Caddy with two other Foose kits from Revell (below). Note that these are reboxed existing kits. 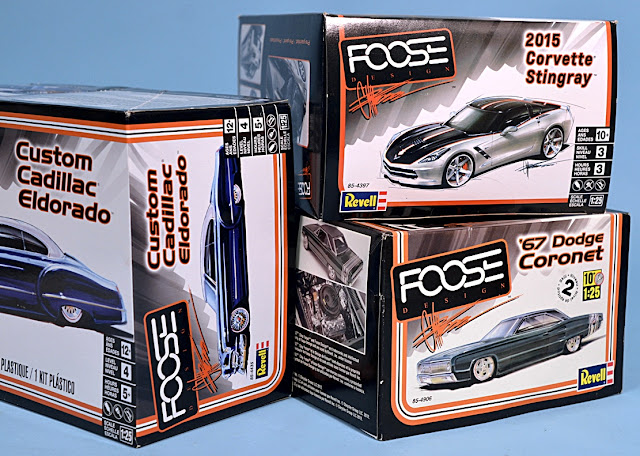