Mat Irvine: The 1:25 scale Deserter is a reissue of an earlier MPC kit from the mid-1980s. To give the pickup its full title, it’s a GMC Rounded-Line K-2500 Wideside, equipped with the Sierra Grande package.


The real thing was a true off-roader, and the model reflects this by including scale replicas of the chassis, four-wheel drive system, V-8 engine, and giant ‘Desert Dog’ tyres. There’s a winch at the front for those moments when even the DDs won’t grip, and a roll bar with four spot lamps for those night runs along the trail.

The kit components are moulded mostly in white plastic (below). They are crisp and accurate, with little or no flash. 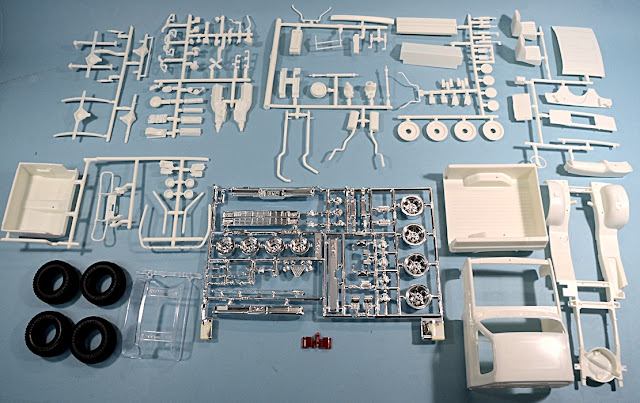 If the desert scenario seems slightly familiar to some of you, it’s because the same truck was used by Lee Majors, playing Colt Seavers in the 1980s action-adventure TV series The Fall Guy, and which was issued as the star-truck by MPC around that time. Oddly, this kit was only ever originally issued in TFG guise: there was no stock version.

Instruction booklet (below) and the included two sets of decals. 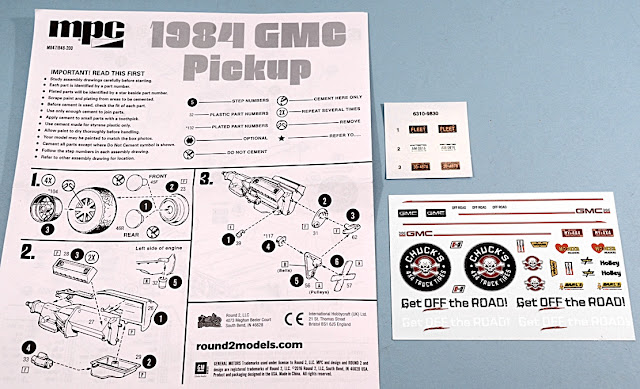 The Fall Guy version itself has been long out of the catalogues, but it does appear every so often on online auction sites, in both original MPC and Airfix reissue guise.  However, you could reproduce the TFG vehicle because the German Scale Production company makes a reproduction set of the relevant decals. Scale Production also has a Colt Seavers figure (‘Colt Guy’) available to 1:24 scale.

I created a Fall Guy diorama in a suitable desert setting, though it would be easy enough to add some dirtying up in the form of sand and maybe even some mud. The figures (Colt Seavers at left) are both from Scale Production. 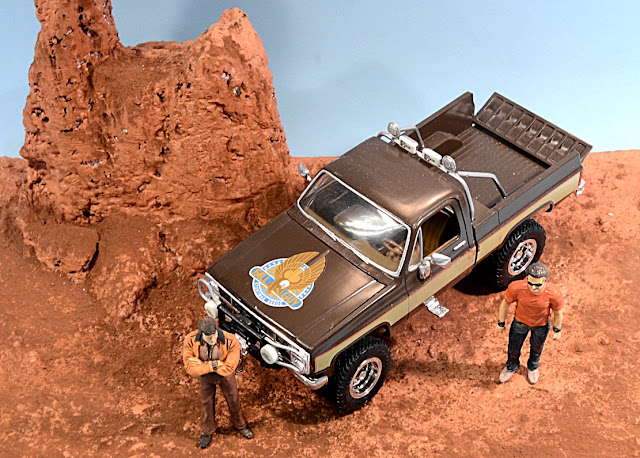 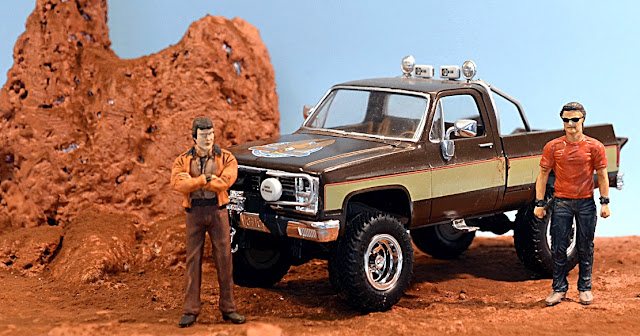 The original TFG box (below), here used by Airfix for its own version. 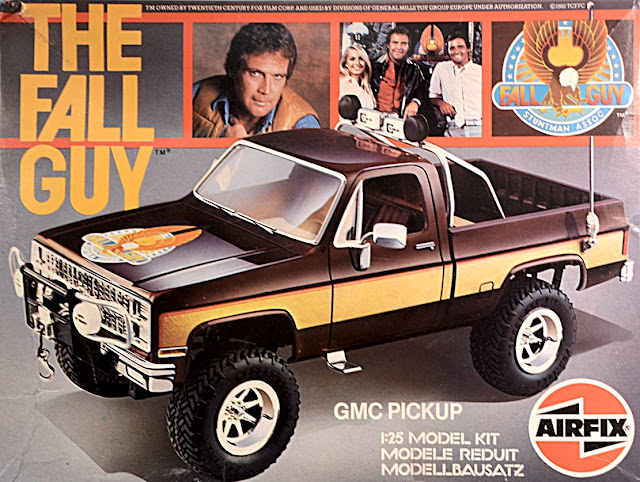 SMN note: We're not sure how much the hunk figure really looks like Lee Majors, but the two of them do provide a suitable sense of scale and some heightened drama, welcome additions to a diorama setting like this.

Thanks to Round 2 for the review kit
Email ThisBlogThis!Share to TwitterShare to FacebookShare to Pinterest
Labels: GMC Deserter, Lee Majors, The Fall Guy
Newer Post Older Post Home