OUT OF THIS WORLD MODELING: STEP-BY-STEP HOW-TO BOOK 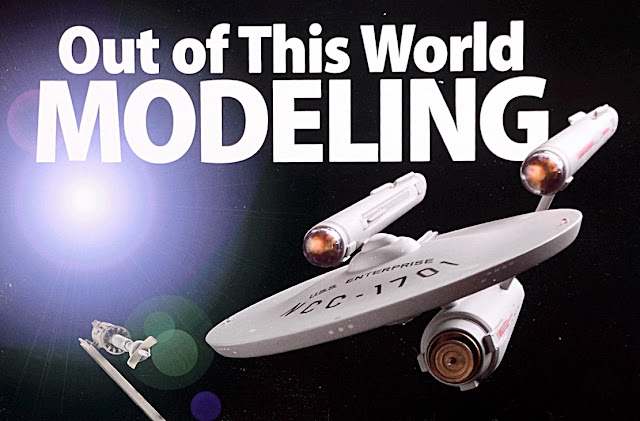 OUT OF THIS WORLD MODELING features 16 builds of science fiction and fantasy subjects. I was invited to do two of these, and chose the 1966 Barris Batmobile from Polar Lights, and the Moebius Space Chariot from Lost in Space.

Mat Irvine: First, the admittance that I’ve written two of the chapters in this book, but I reckon the others are even better! 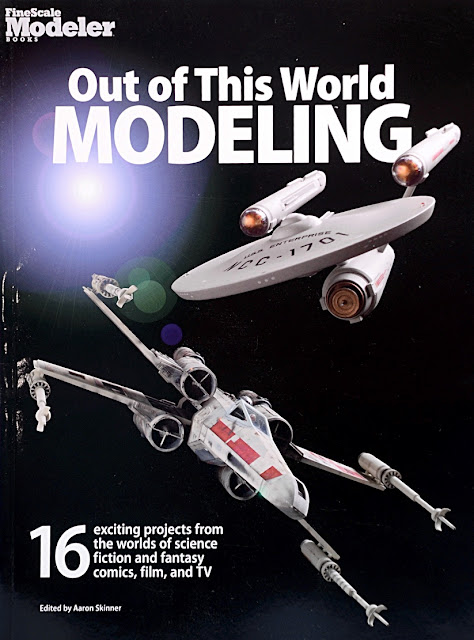 Front and back covers (above, below) feature assorted finished models from the book. 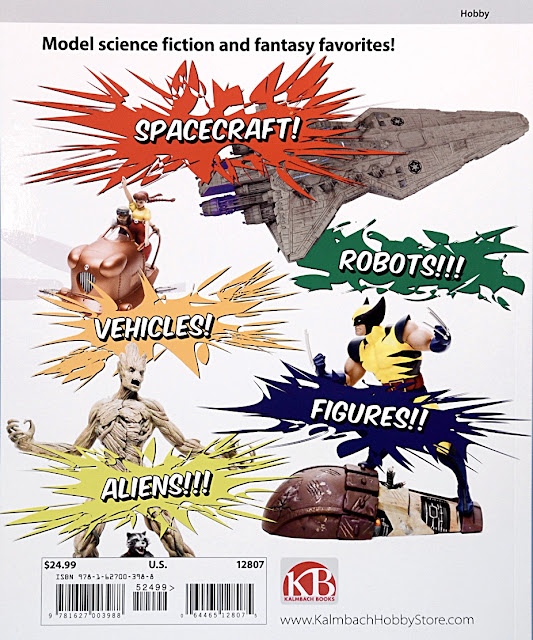 The idea for the book came from Aaron Skinner, Senior Editor with the respected Fine Scale Modeler magazine. Aaron invited various participants (including myself) to write chapters, and edited the results along with Randy Rehberg.

Step-by-step pictures (below) take you through building a USS Enterprise. 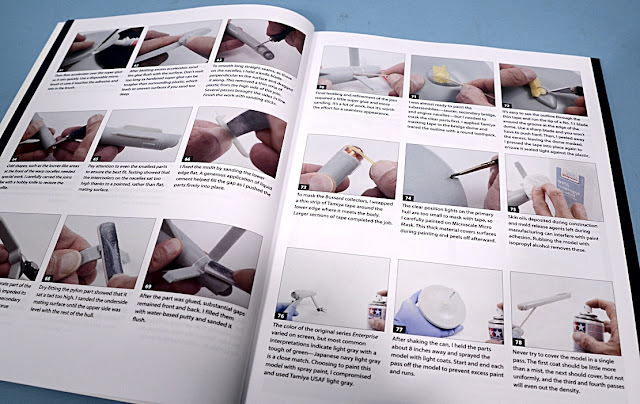 For other builds you get Batman-fan Joe Hudson tackling Moebius Models Catwoman; the more usual armour modeller Brett Avants with one of Nitto’s SF-3Ds - now Wave and Hasegawa - armoured figures into a small diorama, while admitted SF enthusiast Jeff Pollizzotto builds the Dragonfly from Jonny Quest, another offering from Moebius.

Airbrushing a Star Wars X-Wing (below). 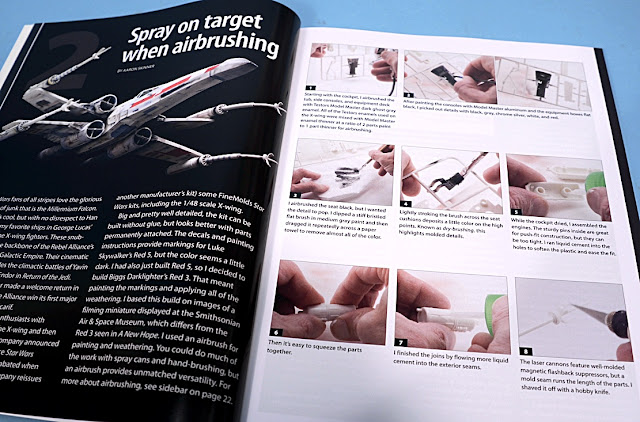 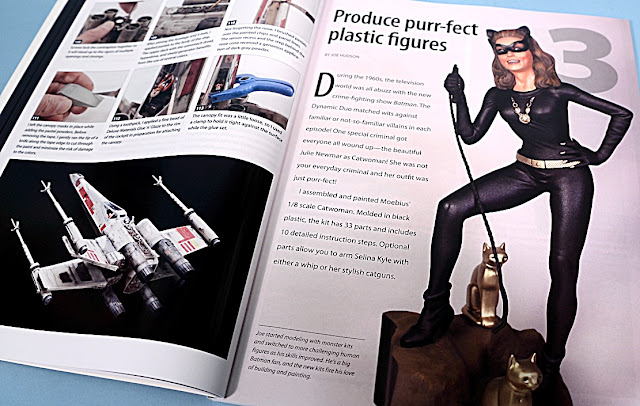 What you get in the various chapters:

Opening page on the Jonny Quest Dragonfly (below). 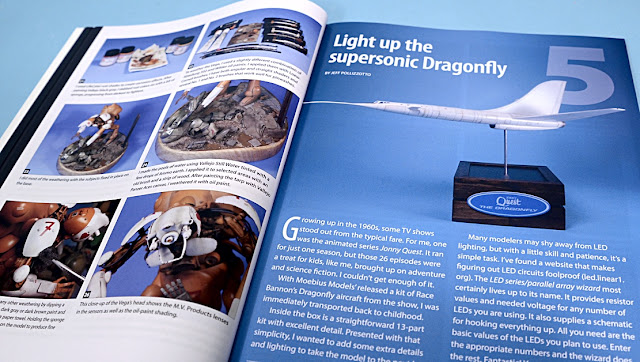 A fantasy vehicle (below) with a difference, the Flappter. 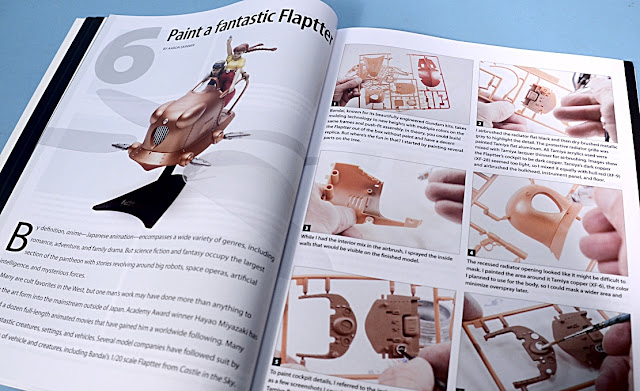 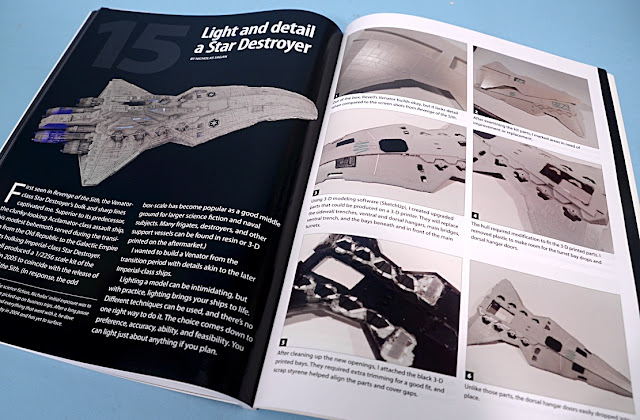 Aaron himself wrote five chapters, including (below) my favourite, the beachball alien (below) from the cult (perhaps the cult) science fiction movie Dark Star*. 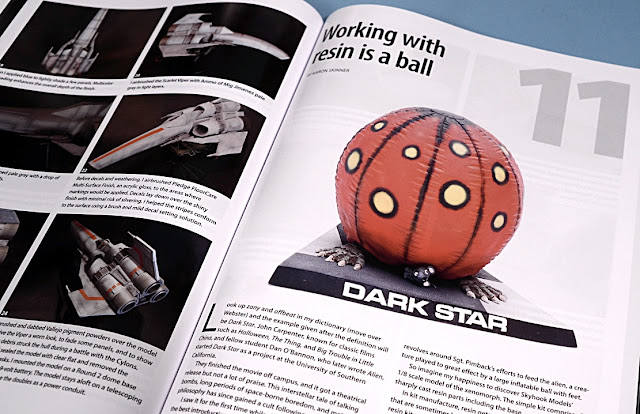 *About Dark Star
Dark Star was created initially as a college project, by a duo that became well-known movie names, Dan O’Bannon and John Carpenter. It was first shot on 16 mm film, but after going through several name changes, it finally emerged as Dark Star. Then more footage was shot on 35 mm film, to make it to a theatrical release, including the classic beachball-with-feet in the elevator sequence, with Sergeant Pinback (played by O’Bannon) trying to get it back in its cage. It’s oft rumoured that the sequence prompted O’Bannon to eventually create the creature in Alien, albeit with fewer laughs.