SMN report: RAF Cosford is one of two free to enter sites offering a guide the the Royal Air Force and its history.  RAF Cosford tells the story of "...the people who moulded the world of aviation from the daredevil early aviators to wartime heroes and the thousands of ordinary Service men and women who have served in the RAF and whose contribution has shaped the world that we live in today." 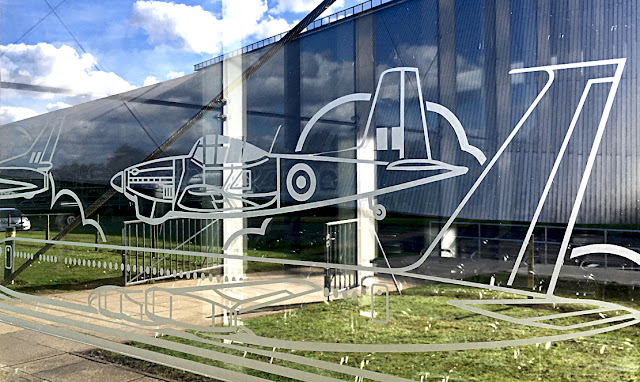 Centrepiece of the lobby is a hand-crafted 1:5 scale P-51D Mustang, made by David Glen MSc. The model was a labour of love for David, that took ten years to finish.


Before he created the Mustang, David had made a 1:5 scale Spitfire, which he donated to the other RAF Museum site, based at Hendon, North London. 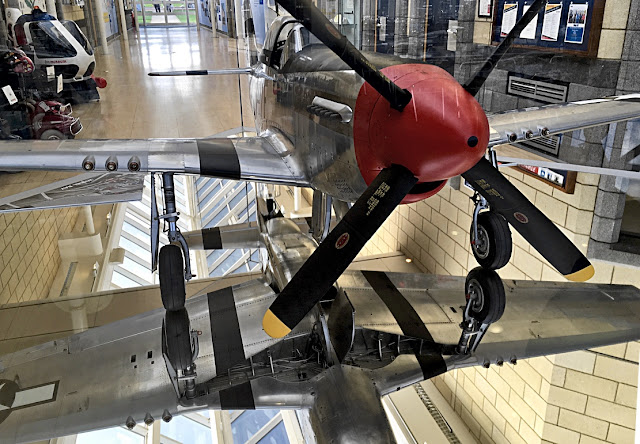 Using a common display tip, the Mustang is mounted on a mirror base, which enables you to see details of the underside. 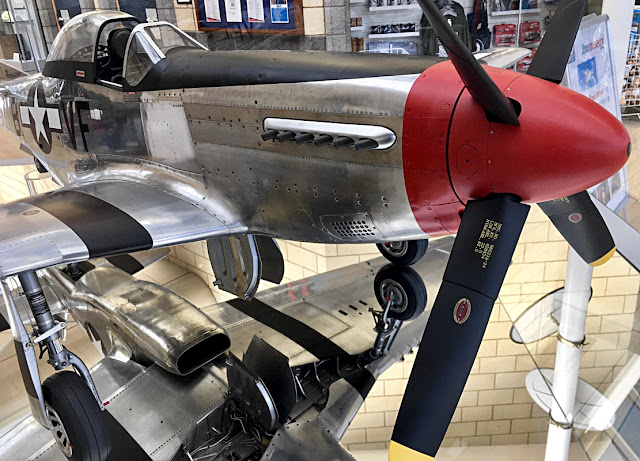 Fully-detailed wheel wells (below) reveal all the pipework. 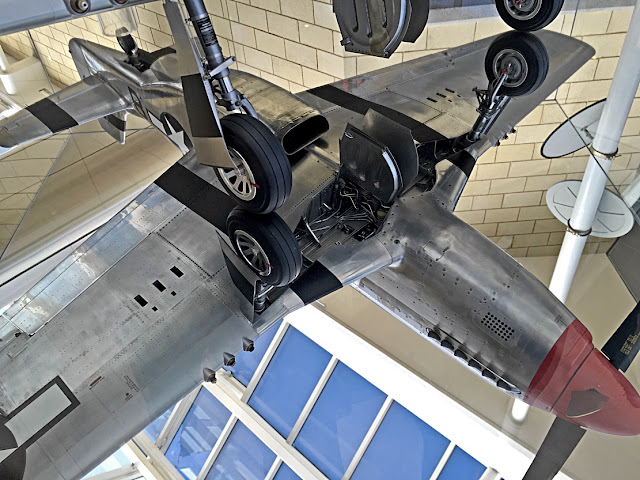 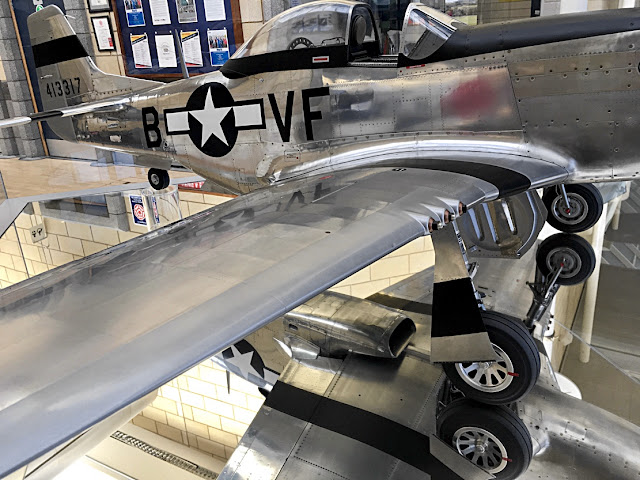 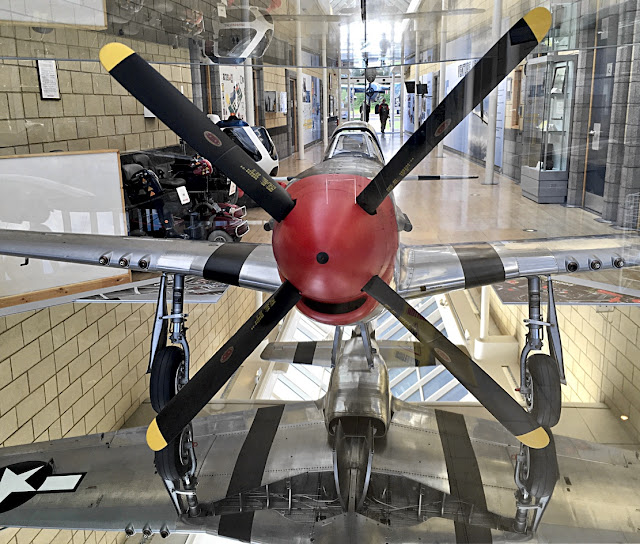 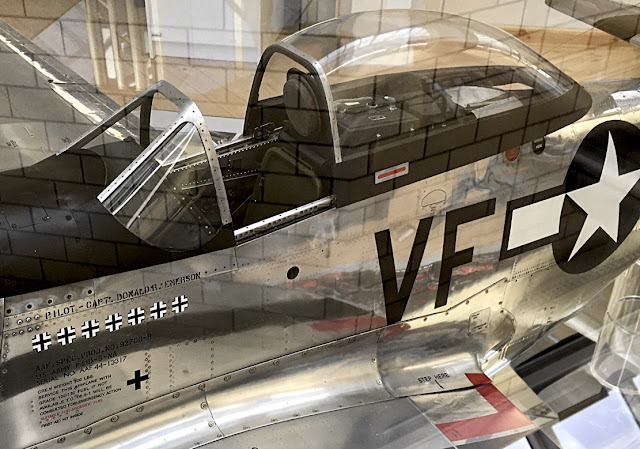 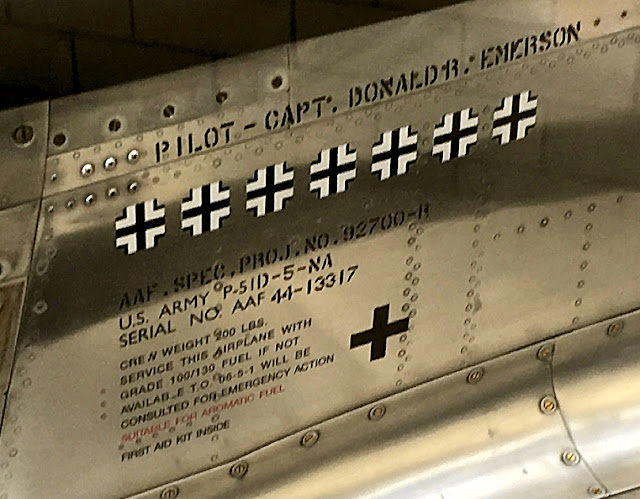 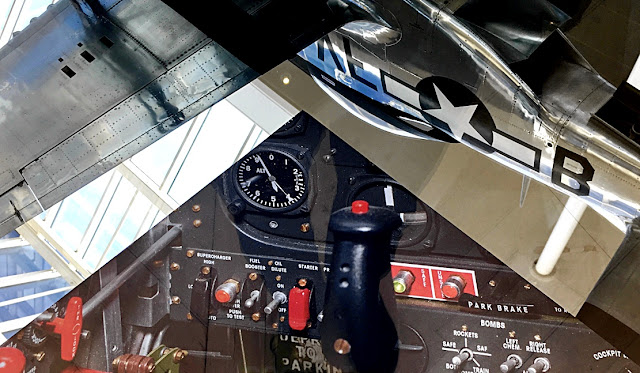 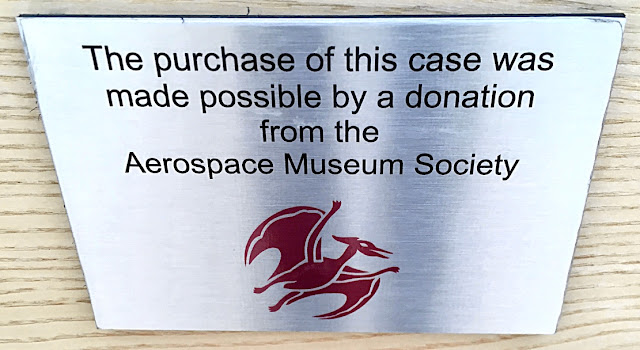 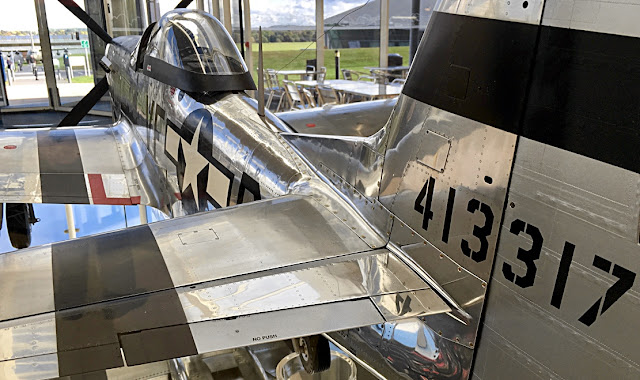 There are plenty of other aircraft (below) on display at RAF Cosford, which recommends that visitors allow four hours for a full site visit, which includes the Wartime Hangars and National Cold War Exhibition. 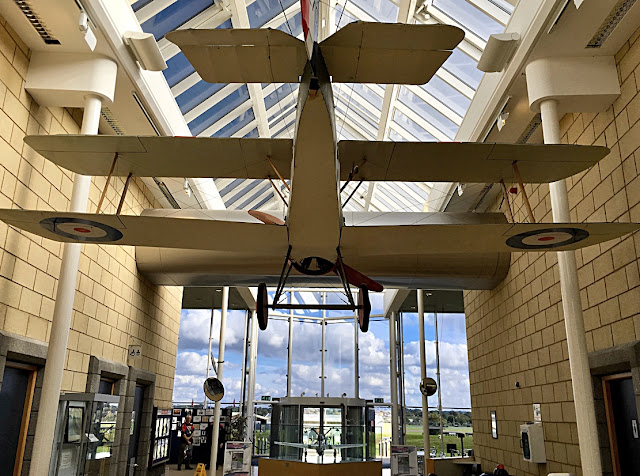 Missiles are on display (below) and there's a display board on the Air Cadet training scheme for young flyers. 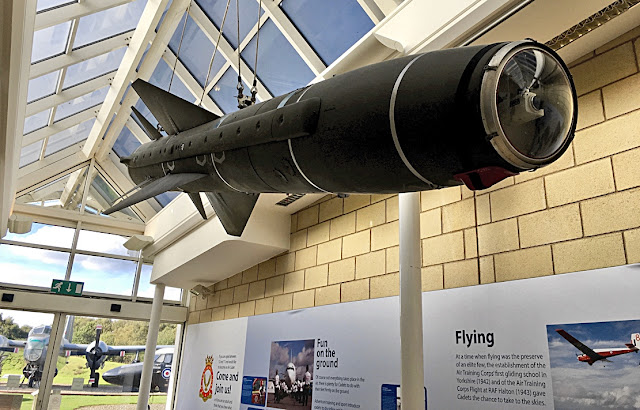 Click here to view another SMN visit, this one to the Tank Museum.