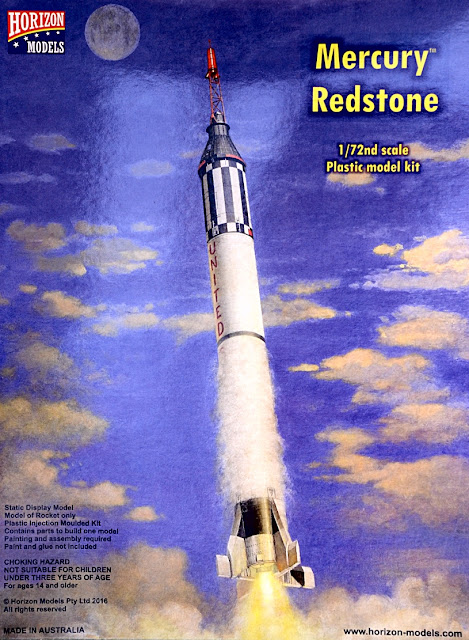 THIS 1:72 SCALE MERCURY-REDSTONE IS THE FOURTH KIT from Horizon Models of Australia.


Mat Irvine: Horizon Models has already made a Mercury-Atlas, the launcher that put US astronauts into orbit. This time Horizon has released the earlier Mercury-Redstone, which was the first American human-rated space booster.

Back of the box (below) depicts three of the build options in full colour. Left to right, the boilerplate launcher MR-BD, MR-3, MR-4. 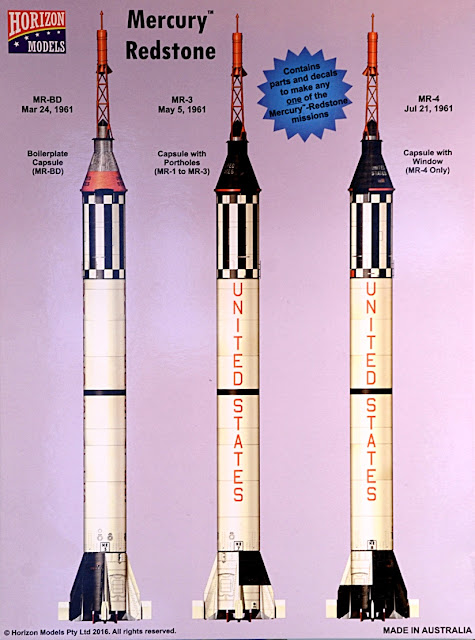 Opening the kit box reveals plenty of components (below) including the rocket’s launch pad, or launch stand in Horizon parlance. The Mercury-Redstone took off from what was basically similar to the arrangement used by the German V-2 of World War II. It’s good be able to display the rocket in ready-to-fly position.

The components (below) include three runners. Two are used for the rocket, the other is for the Mercury spacecraft. 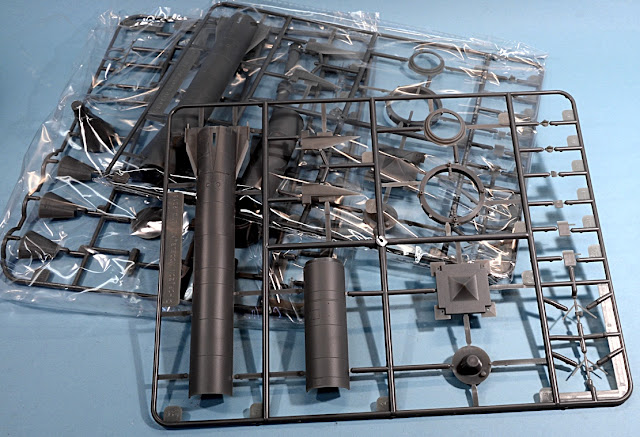 The Mercury spacecraft is the same that Horizon supplied in the earlier Mercury-Atlas kit. Horizon enables you to build any of the six Mercury-Redstones that were launched. These include MR-1 and MR-1A which were empty, while MR-2 carried a chimpanzee named Ham. MR-BD carried another empty capsule, but the last two launches took astronauts into apace. Alan Shephard flew in MR-7, and Gus Grissom in MR-8. 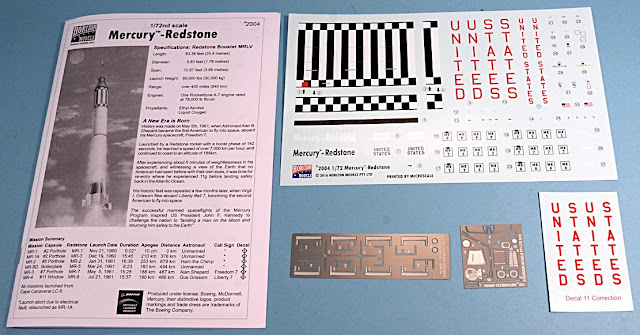 The instruction leaflet and decals (above, below) are highly detailed, and the smaller decal sheet has a couple of corrected markings. Two photo-etch frets feature small components. 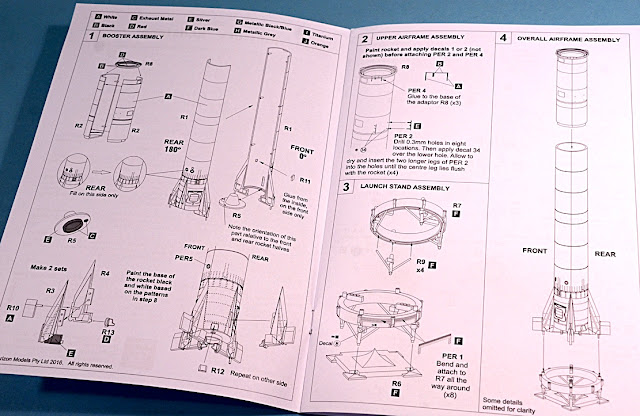 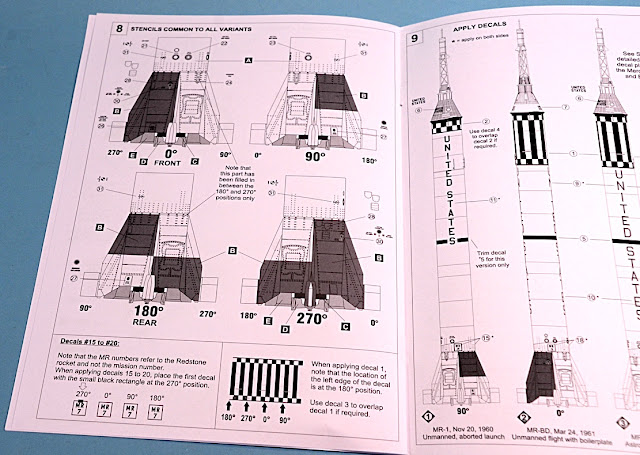 Dragon Models also has a 1:72 scale Mercury-Redstone (below) in its range. It is a good kit, but the Horizon version has more detail, and includes the useful launch pad. All build and marking options are supplied for the six missions. 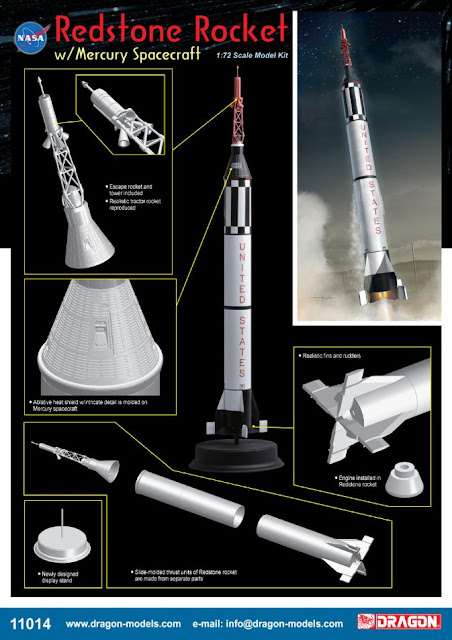 Summation
The Horizon Models Mercury-Redstone is must-have kit for real-space buffs. The only thing missing is a scale model chimpanzee - or indeed, a pair of 1:72 scale figures depicting Shephard and Grissom.

Thanks to Horizon Models for the sample kit