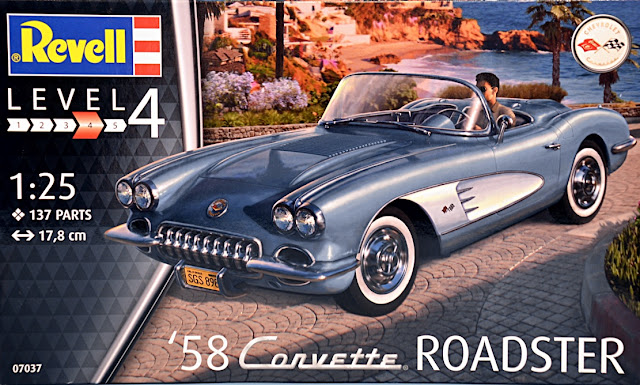 THIS IS A REISSUE OF A 1:25 SCALE KIT that first appeared under the ProModeler name, a label used for a short time by Revell-Monogram in the USA.


Mat Irvine: 1958 was the fifth year of production for the then-new American sports car. It used the same overall CI body style from 1953, but this time with twin headlamps. The basic look wasn’t replaced until 1963, with the C2 Corvette Stingray.

Back of the box (below) shows details and component layout. 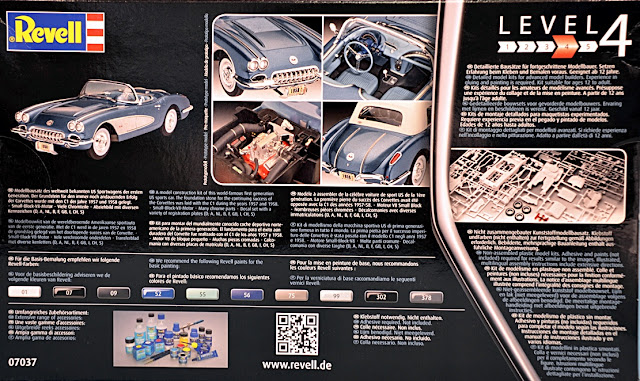 The Revell kit is fully detailed, with opening hood revealing the small block engine, and also an opening trunk lid. Options include twin carbs or fuel-injection for the engine, and a separate convertible top that can be installed in the ‘up’ position.

The full-colour instruction leaflet (below) and nicely printed decal sheet. 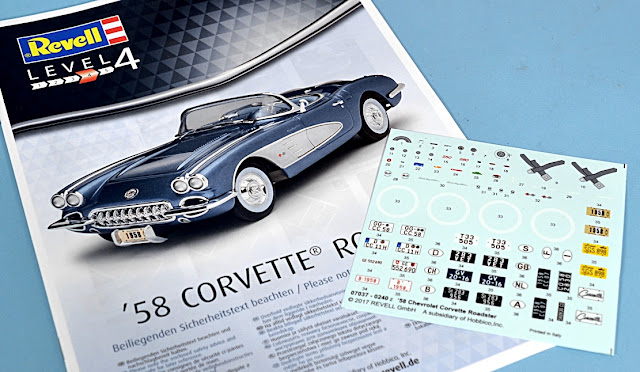 The original release had another option of an alternative set of wheels, chromed reversed-rims, with Moon discs. Oddly, they are still included, but the instructions indicate that these should not be used. However, I’m not sure that anyone can stop you if you choose otherwise!

The first issue in 1998 (below) was released under the ProModeler name. 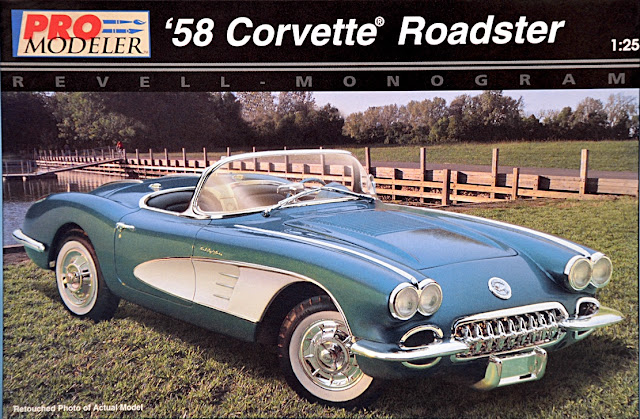 A neat touch with this kit is that the distinctive side scallops are separate parts. This is because they were usually painted in a contrasting colour. For kit purposes, being separate components make finishing them in a different shade a lot easier. 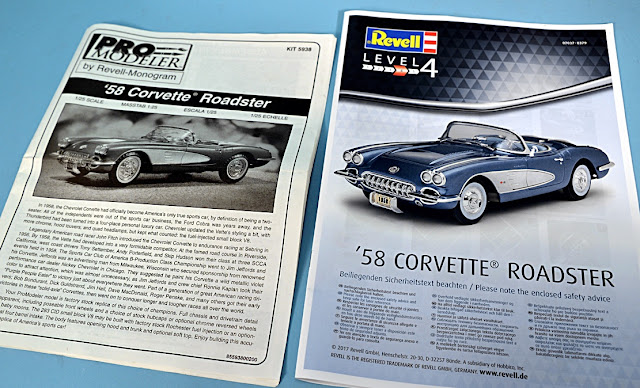 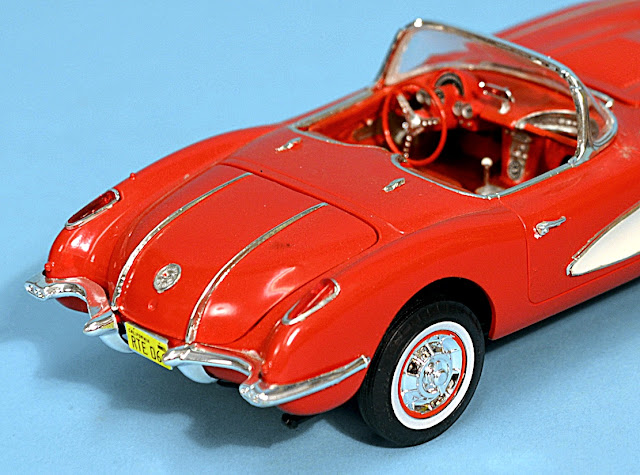 I finished the completed model (above, below) in red, with white side scallops.

I wanted the display the car's hood and trunk lids open (below), but needed to prop them with braces from the parts bin. 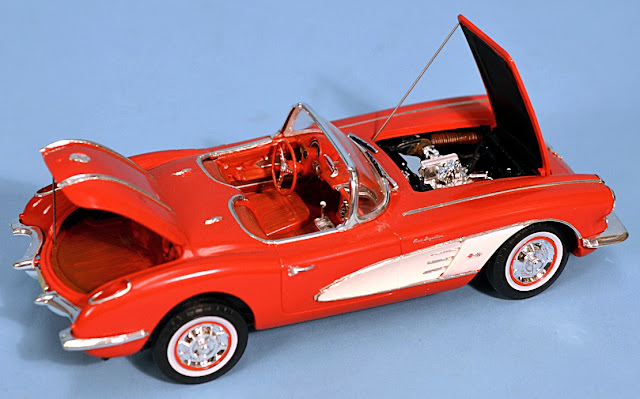