2001: A SPACE ODYSSEY - DISCOVER THE DISCOVERY FROM MOEBIUS MODELS 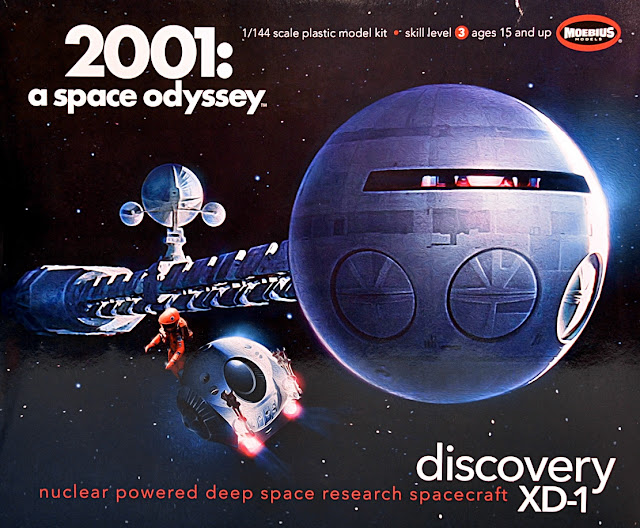 Mat Irvine: This is a 1:144 scale kit that many modellers reckoned would never be made.

Of all the, admittedly fairly small, number of spacecraft featured in what is generally reckoned to be the best science fiction movie ever made* (including all the ones still to be made…), the one thought the least likely to appear as a commercial kit has to be the Discovery.

This is primarily down to practicalities. The Discovery has a length to width ratio of over 10 to 1, most of the spaceframe being a long spine that would be fine in the free-fall conditions of deep space, but in the 1g of Earth, keeping an assembled model straight and even is a tricky aim.

The box base (below) has plenty of pictures and details. 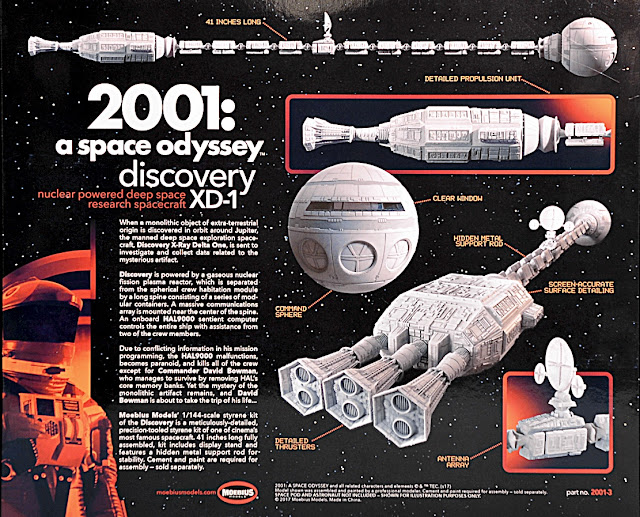 But Moebius Models has achieved the necessary rigidity for this large and long model by judicious use of metal tubes. These slot together to slide along the whole craft, making a model that is more than a metre (or yard) long.

This can only be a 'first look' as it is going to take a while for me to build the ship. There are approaching 500 parts, but as they say, ‘keep watching this space…’ The finished Discovery should be worth the wait.

Parts layout (below). Most of the runners in piles are duplicates. The single transparency is below the left-hand hemisphere. Three of the metal tubes are for forward, middle, and rear the support stands. 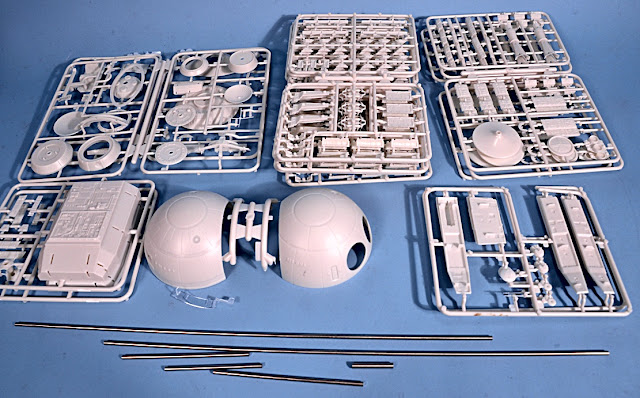 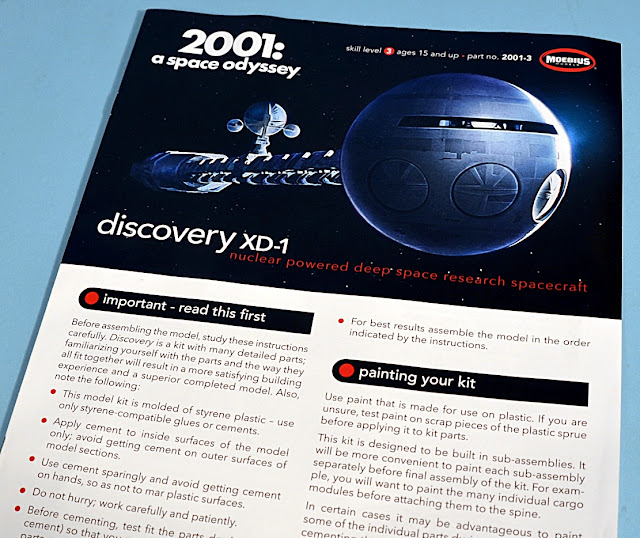 Instruction pages (below) for the final assembly 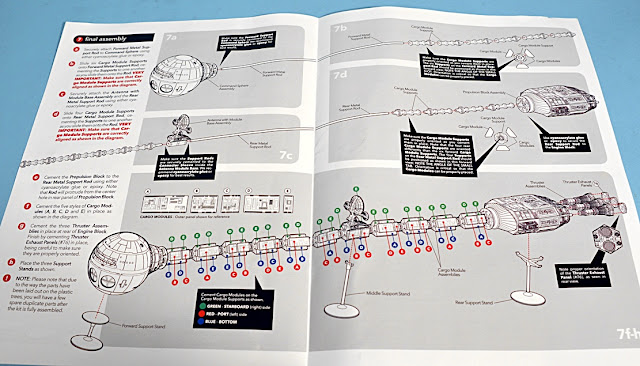 * SMN note: We don't disagree with you Mat, though from this era we reckon 2001 of 1968 shares best sci-fi-movie laurels with the original Blade Runner of 1982, and the 1980 Star Wars movie The Empire Strikes Back.

Thanks to Frank Winspur, CEO of Moebius, for rushing the model to us.