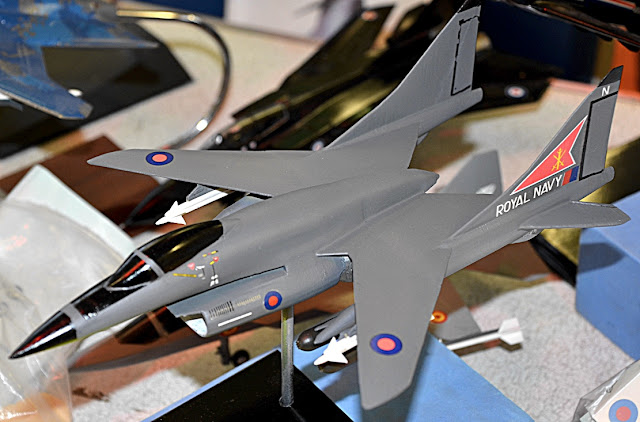 RIKKI WOLFE OF WOLFE AEROSPACE WAS AMONG THE TRADERS at the 2017 HaMeX model show. He had a selection of kits for sale, ranging from large-scale display-style models, to his latest project, a naval jet concept (above) from 1980.


But the 3D-printed Hawker P1214 will be the target for anyone interested in what-if aerospace designs and projects. The P1214 was originally intended, along with the bigger P1216, as a replacement for the famed Harrier jump-jet. Sad to say, the X-wing P1214 was shelved before flight, but even in model form it makes an interesting subject.

Rikki Wolfe (below) with his Wolfe Aerospace advertising banner. 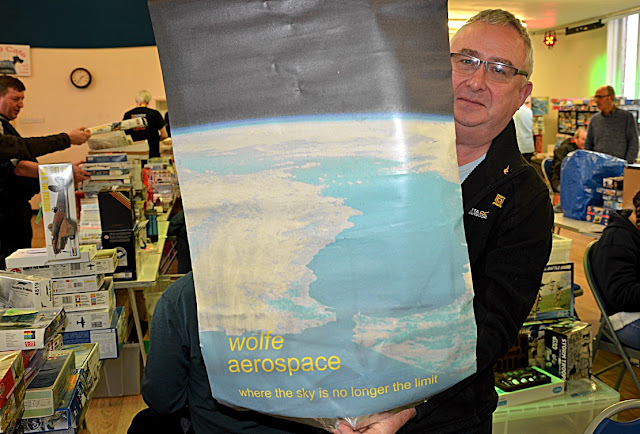 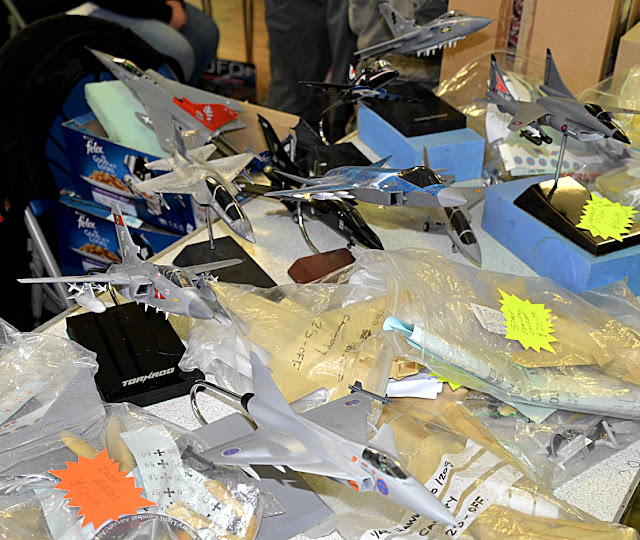 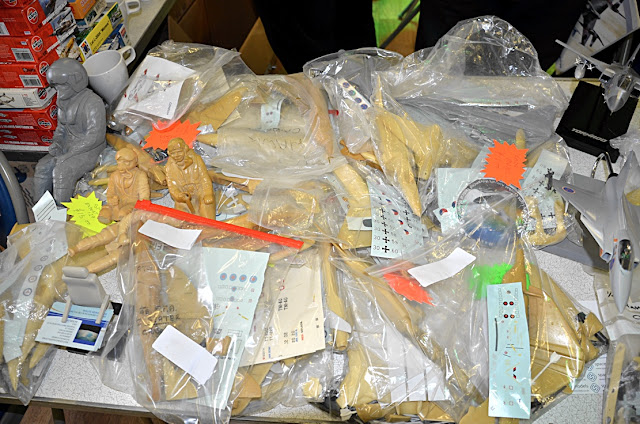 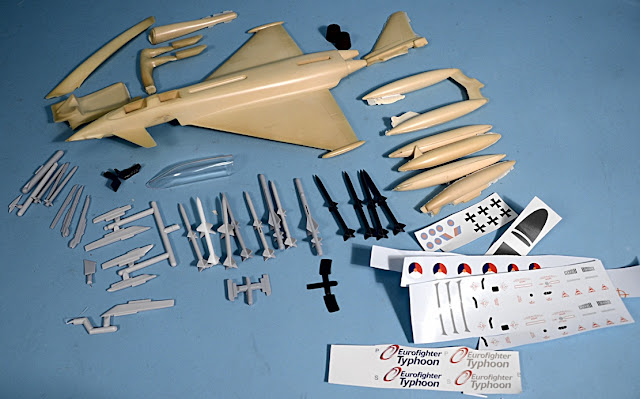 In addition, Wolfe Aerospace has assorted 1:8 scale air-to-air missiles (below) plus GEC Marconi TILAD (Thermal Imaging Airborne Laser Designator) targeting pods, and assorted ECM pods with metal inserts and fins. Hundreds of decal sheets are offered for European aircraft, mainly in 1:48 scale, but also some in 1:32 scale, and 1:24 for the Indian and Swedish air forces. 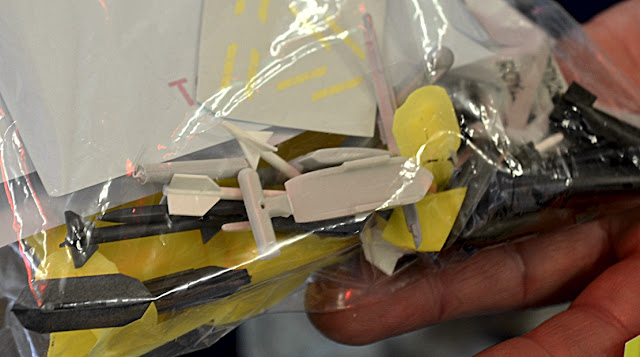 The future for Wolfe Aerospace looks more than interesting, with the Hawker P1214 (below) making a great start. Here's hoping we'll see more alt-history subjects on the takeoff ramp soon. 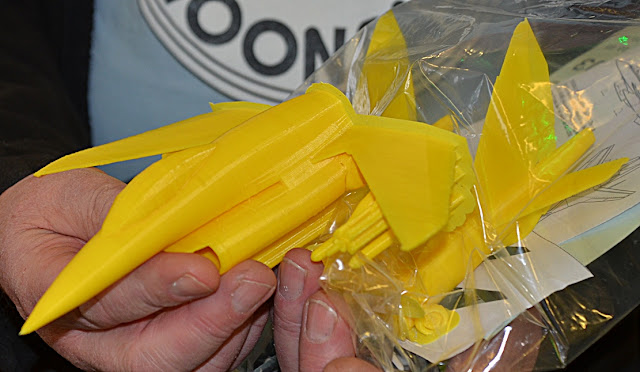 An assembled and finished Hawker P1214 (above, below) looks convincing. A pity it never flew. 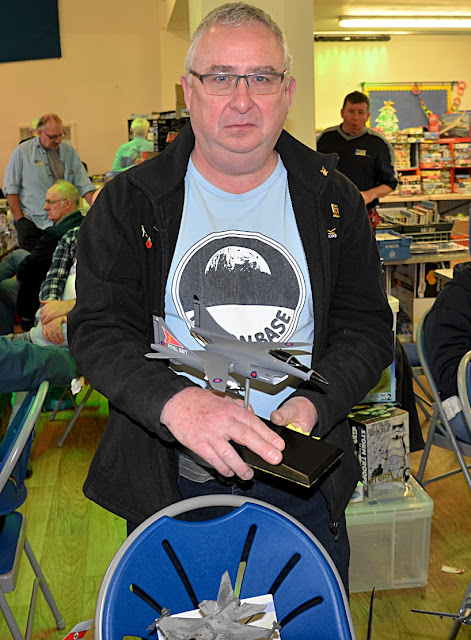 Wolfe Aerospace has no website yet, but you can click here to email Rikki for availability and prices.

Fantastic Plastic released a smaller 1:72 scale P1214 (below) a few years ago 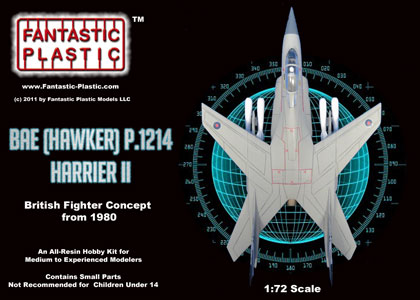 Wolfe Aerospace: the back story
Going back a few years, a company called Space Models* was based in Feltham, west London. The SM name was slightly confusing, as very few space models were made. Instead, the title came from its location, the oddly spelt Space Waye. In fact, Space Models mostly made display models of civil and military aircraft.

Space Models lasted some 42 years, until in 2006 it was taken over by Oxon Technologies, which in turn went out of business three years later. A new company acquired the assets, which included a number of unfinished military models - and these are the models that Rikki Wolfe has made available.

*Mat Irvine note: Actually, the Space Models company did build some space models. It made one-offs for the TV and film industry, including miniatures for Gerry Anderson’s Space 1999 and the BBC series Blake’s 7. For the latter, the Space Models included a large Liberator spacecraft and the London, a prison ship converted from a deep-space freighter.