VISIT TO THE SAC MUSEUM, NEBRASKA

DURING MY 2017 TRIP to see the US solar eclipse, I took the opportunity to visit the Strategic Air Command (SAC) and Aerospace Museum, near the city of Ashland, Nebraska.


Mat Irvine: The SAC and Aerospace Museum includes two large hangers, several smaller buildings, and plenty of outside displays. You can’t miss it on approach, as a Rockwell B-1 bomber and T-39 trainer-transport (below) act as gate guardians. 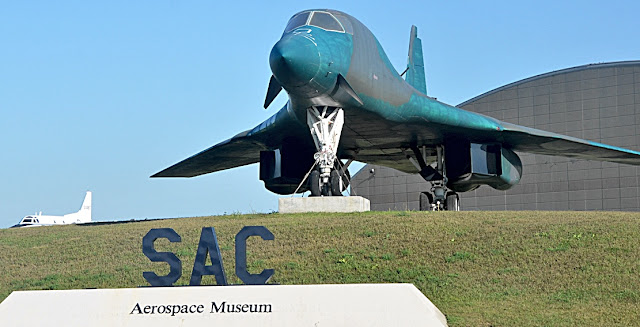 The museum buildings also have guardians (below). Left to right, Atlas, Thor, and Blue Scout rockets, with a Northrop Snark cruise missile in the foreground. 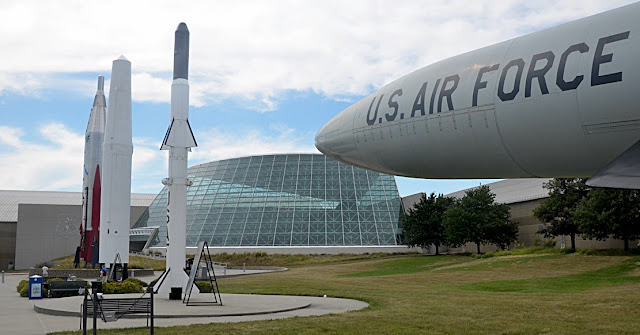 The SAC and Aerospace Museum (below) has this glass and steel structure as its main building. 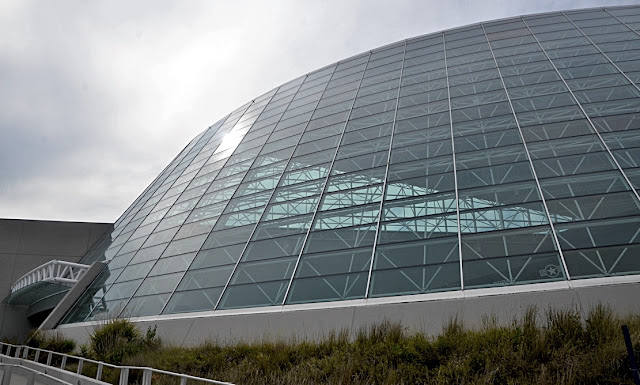 Closeup of the Atlas (below). This version was recently issued as a 1:72 scale kit from Horizon Models of Australia. 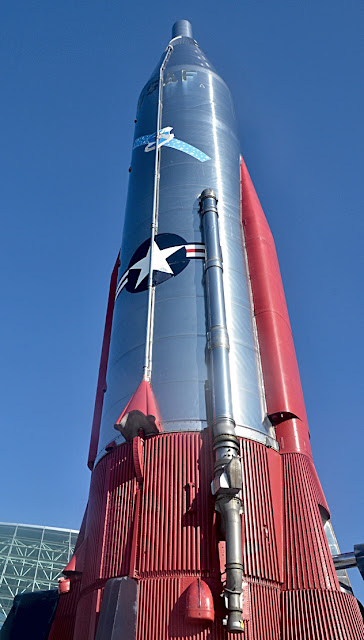 The Snark (below) is finished in grey, its operational finish. Prototypes were painted in bright red, which is the scheme usually depicted by model kit manufacturers.

The Royal Air Force (RAF), which co-operates closely with the SAC, is represented by an Avro Vulcan V-bomber (below). It was flown in a few years ago to a local US Air Force base, and is in fairly good condition. It does need a repaint though, and this will be completed in the Museum’s Restoration Hall, when works on the current aircraft there are finished.

The Vulcan is one of only three of these delta-wing bombers on display in the US.

Two bits of the UK (below) in the US, the Vulcan and your author. 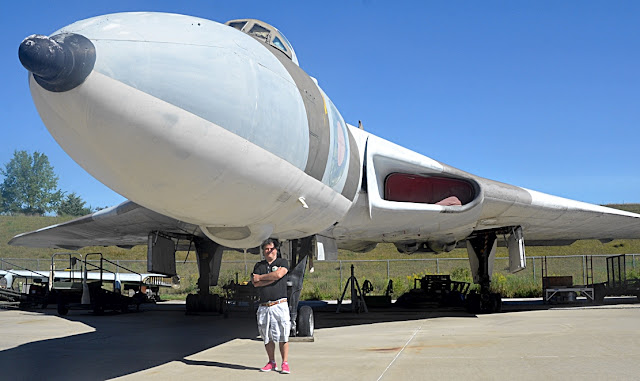 The rocket components in this intriguing pile (below) originated largely from the Martin Marietta company. 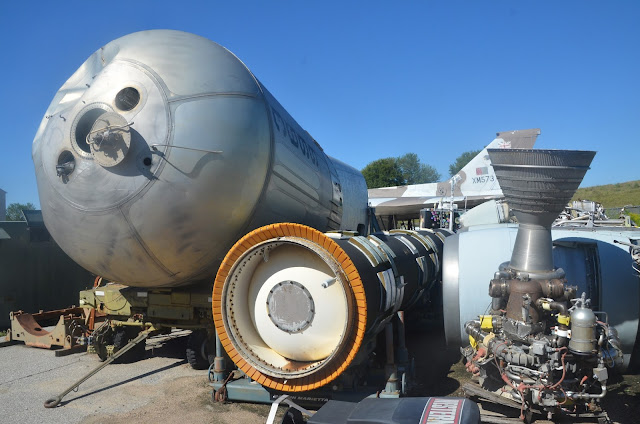 The entrance hall (below) features a Lockheed SR-71 Blackbird. 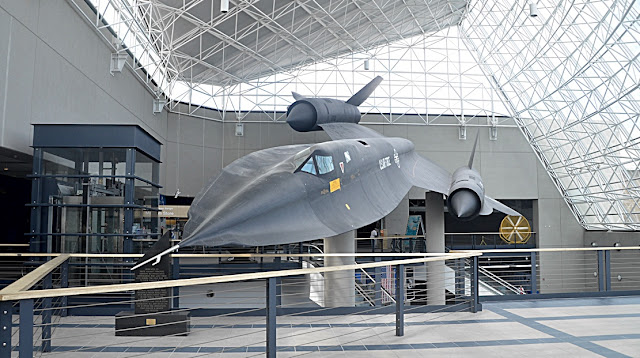 Looking out (below) on the rockets, framed by the high-tech lattice structure of the main building. 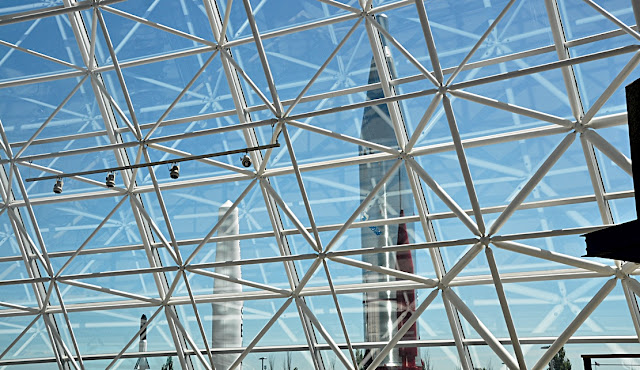 There’s a lot to see at  the SAC Museum, so I have concentrated here on a general overview. In future articles, I’ll be looking at aircraft and other objects on display, and also the wide range of scale models. These are especially interesting for SMN, and most have been created by the local chapter of the International Plastic Modelers' Society (IPMS).