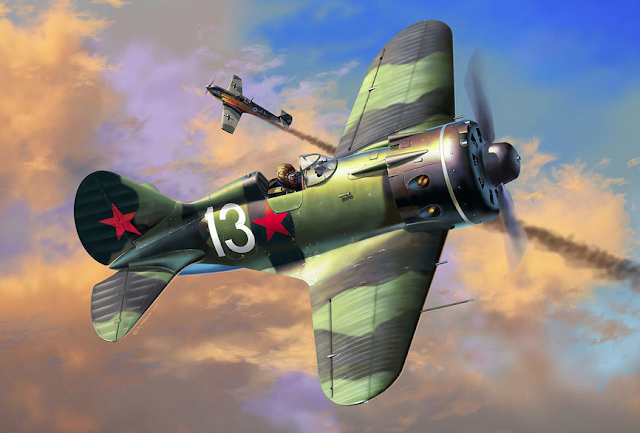 REVELL BRINGS US THE MONOPLANE Polikarpov I-16 fighter to 1:32 scale.

SMN report: This 1:32 scale Revell kit models the fast and furious Soviet fighter aircraft, the Polikarpov I-16, popularly known as the Rata (Rat). A mid-1930s design, the I-16 was the only Soviet fighter in large numbers that flew against Operation Barbarossa, the Axis invasion that began in June, 1941.

Revell has probably been wise to model this small aircraft to 1:32 scale. Even then, the fuselage is barely as long as your hand, though this does help emphasise the diminutive size of the real thing. 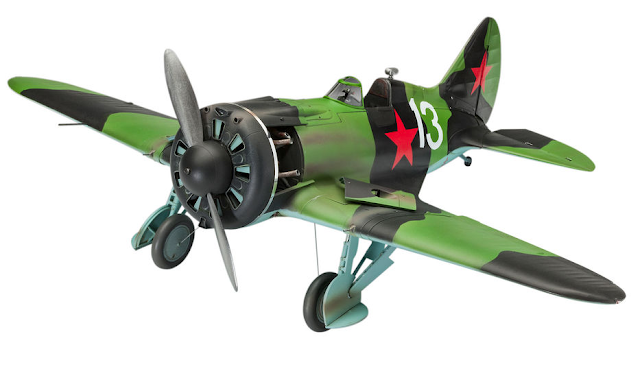 It's a worthwhile build, with no real drawbacks or problems during assembly. However, Revell does say that the model is 'very ambitious' though we can't see any problem for a model maker with even modest experience. According to Revell, the kit includes:
There are 115 components, all of which are neatly moulded (below). The instruction booklet makes a fair job of explaining the construction steps. 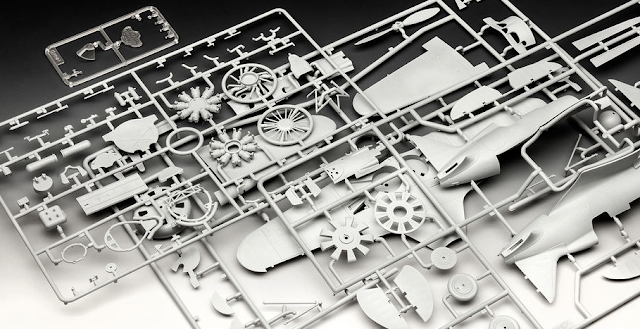 Engine detail (below) is well thought out, with removable inspection panel. 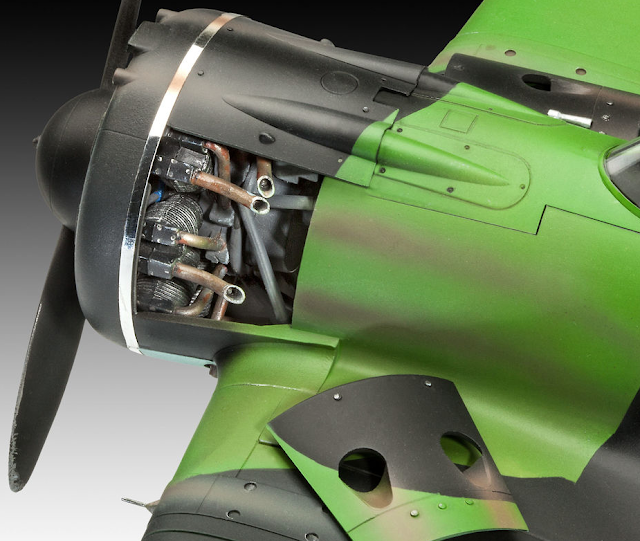 The cockpit half-door (below) opens to reveal a fair level of detail. 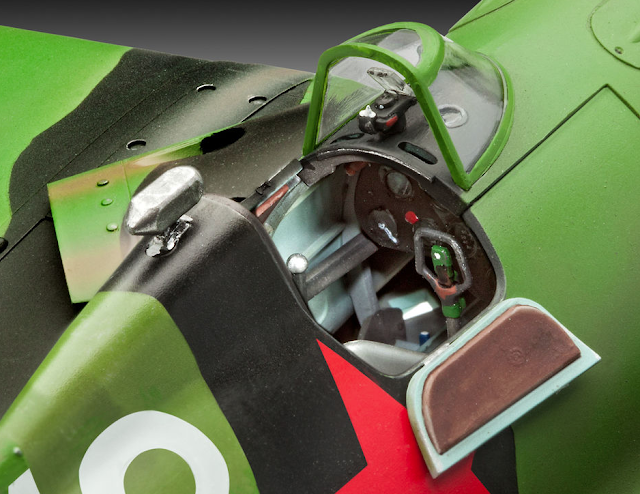 The Soviet version (below) looks attractive. But you could choose to use different markings, as the aircraft was operated by eight other air arms. 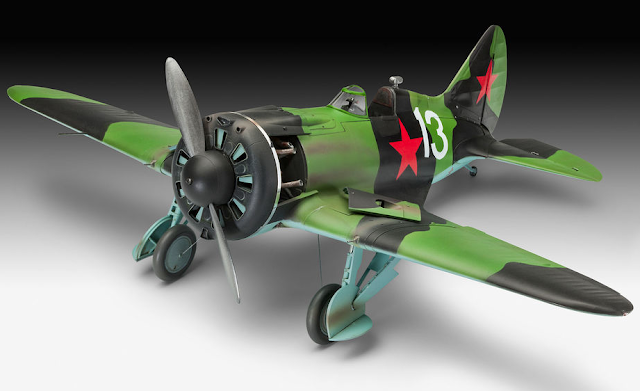 Tail surfaces (below) are well modelled, especially the fabric-covered elevators. 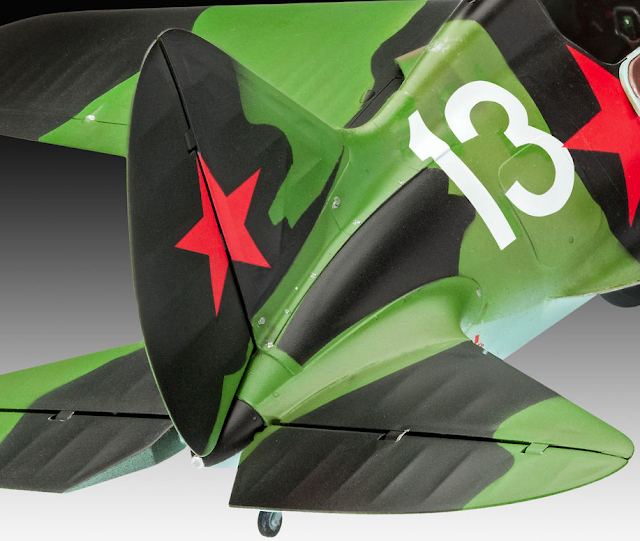 The landing gear (below) is nicely captured. The model here has received a light whiff of airbrush, which adds a touch of simulated staining to the undersurfaces. 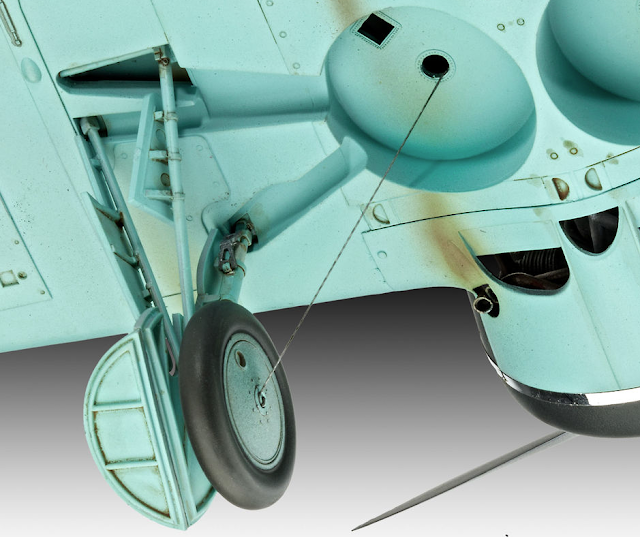 About the I-16
The Polikarpov I-16 was a Soviet aircraft of advanced design. It was the world's first low-wing cantilever monoplane fighter with retractable landing gear to go into service.

The I-16's basic design may have been leading-edge, but it had plenty of practical issues in service. The controls were light and sensitive, but the I-16 was not easy to fly. It had poor visibility, especially as the windshield could easily get sprayed with engine oil. Roll control was excellent, but for all but top pilots, the I-16 couldn't be flown hands-off - it was just too twitchy in the air.

The I-16 was introduced in the mid-1930s, going on to form the backbone of the Soviet Air Force at the start of World War II. It went by various names, depending on which air force it flew with. To the Soviets, it was the Ishak (Donkey) or Ishachok (Burro). In the Spanish Civil War, it was called Rata (Rat) by the Nationalists, or Mosca (Fly) by the Republicans. Yet another name was coined by the forces of Finland, for whom it was the Siipiorava (flying squirrel).

The I-16 (below) is shown courtesy of Jesus Fernandez, who took the shot at Cuatro Vientos airport, one of three that serve Madrid, Spain. 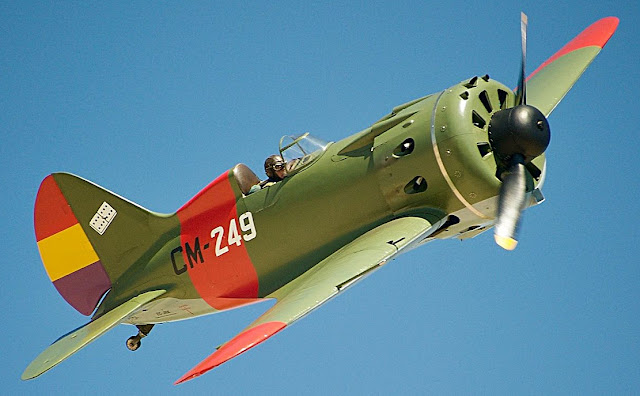 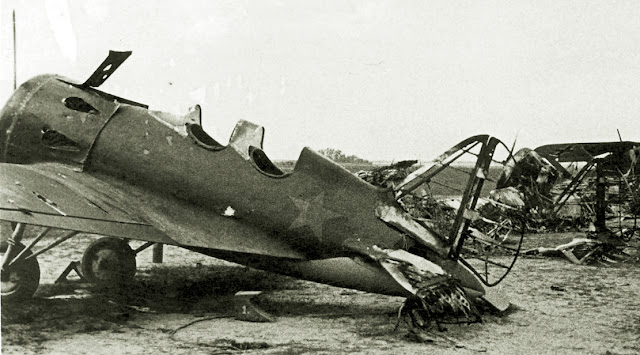 An interesting kit-bash challenge (above, below) could be to turn the I-16 into the two-seat trainer version. 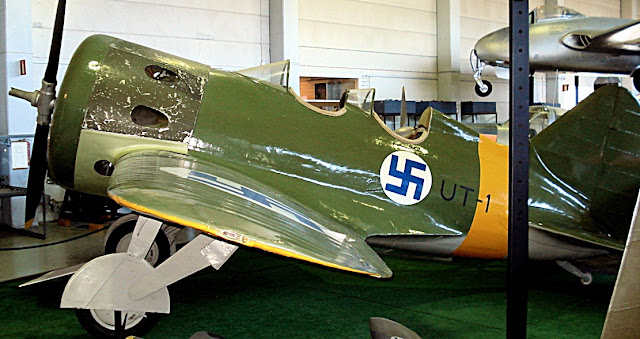 Summation
A decent kit of a fairly unusual subject. Would look good next to other 1:32 scale, such as Revell's own Messerschmitt Bf109. We'd also like to see the I-16 released in 1:48 scale, where there are more kits available, including inter-war types.