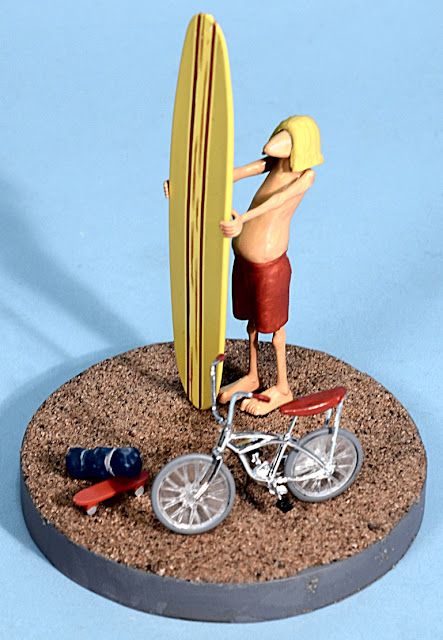 SOLVING A MODELLING PROBLEM sometimes comes from a different direction. In this case, with a product called Ballast Magic.


Mat Irvine: I was looking to apply a thin layer of (real) sand onto a small base, to display a figure with accessories. These were as supplied with a kit called ‘The Wild Ones,’ an original early 1970s MPC issue of the ’29 Ford Woodie/Pickup.

In a diorama build like this, such a job is usually a matter of applying a layer of paint, sprinkling on sand, tipping off the excess, allowing to dry, then spraying a matt varnish or similar to seal in the grains and keep them in place. Overall, this method works pretty well, but there are always some grains that escape. 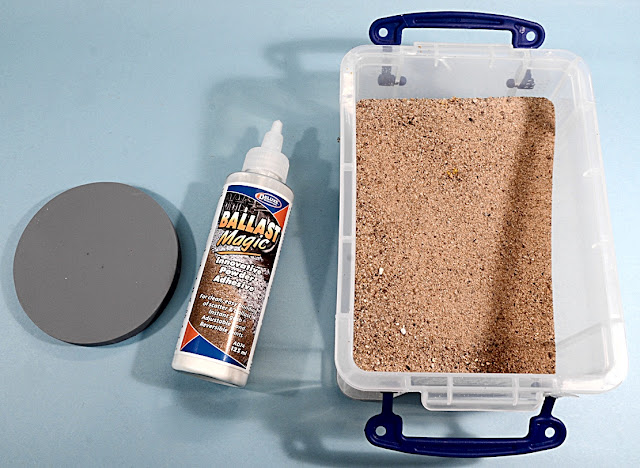 Ballast Magic is made by Deluxe Materials and is intended, as the name suggests, to glue ballast down on model rail tracks. Ballast Magic is described as, “…Innovative powder adhesive… For clean, easy bonding of scatter and ballast… Instant grab, adjustable bond…”

Which is a fair description. The instructions recommend mixing some Ballast Magic granules with model ballast, pouring the dry mixture into place, then using a hand-pumped aerosol to spray a thin mist of water over the top. The glue, which appears to be PVC-based, binds the mixture to the surface with no waste and no mess. Here, I adapted it slightly, by first adding a few drops of water to the dry mix, thoroughly mixing it in, then applying it as a paste. This alternative method seemed to work well, resulting in a realistic sandy beach.

The figure I used for my mini-scene is named Hot Curl, and in this kit he also has a surfboard, a Sting Ray chopper bike, skateboard, even a bedroll. Pleasingly, when I had finished there was not a stray grain of sand anywhere.

The ratio of Ballast Magic to sand (below) should typically be about 1:7, but it’s worth experimenting until you get the right consistency. 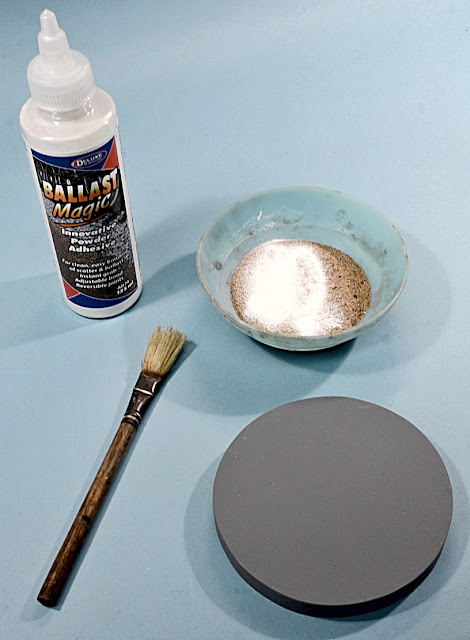 The 1929 Ford Woodie pickup kit (below) has been reissued a few times by both MPC and AMT, but the details vary between the releases. I used an original kit from the early 1970s, as I needed the fender assembly. The original kit is the only one that has a cut-out for the spare wheel. 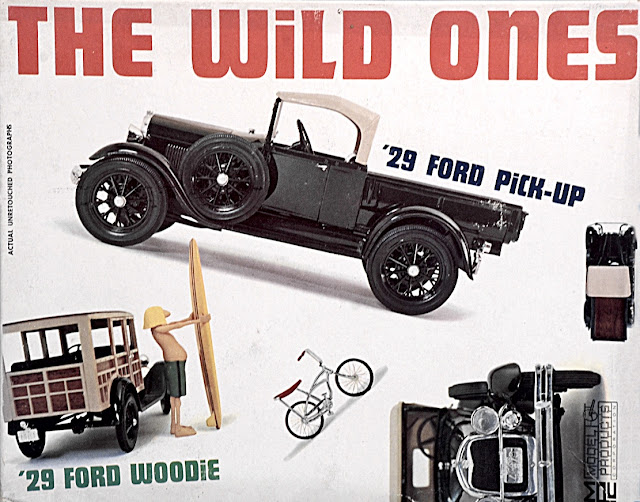 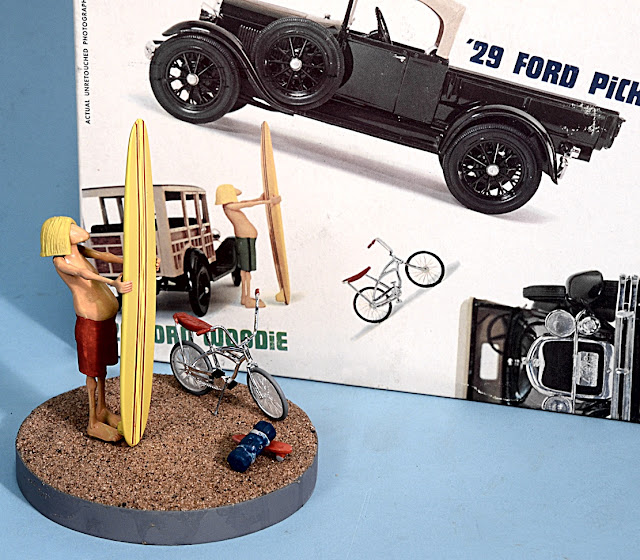 Subsequent issues oddly covered it in and the spare rested against the fenders, not in a recess. However this issue is the only one that also included all the accessories I needed for this mini-diorama. Later kits included some items, but not the figure.

SMN note: For those who aren’t into California surf culture, here’s the background of a hippy character (below) of the past. 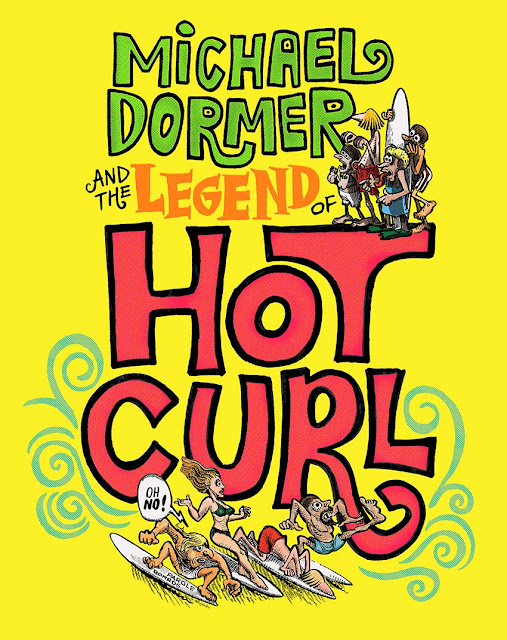 “…In the summer of 1963 a six-foot-tall, 400-pound reinforced concrete statue of a pot-bellied surfer, with a rope belt holding up his baggies (below) and whose only facial feature was a rather large nose protruding from a mop of shoulder-length hair, appeared on the rocks alongside the famous thatched palapa at Windansea Beach in the San Diego community of La Jolla. 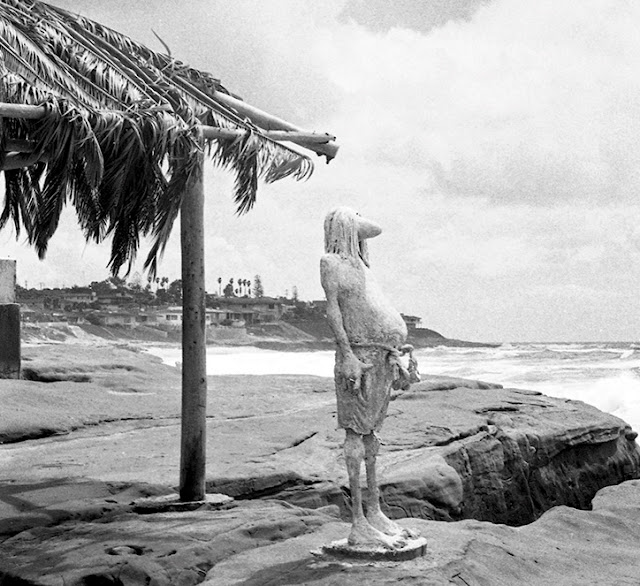 “The name of this character was Hot Curl, and it was the creation of San Diegan beatnik artist Michael Dormer and his partner Lee Teacher. Hot Curl became one of the icons of the ‘Kustom Kulture’ and Lowbrow Art movement centered around the surf and hot-rod counter culture of early ’60s California, alongside Rick Griffin’s Murphy character and Ed ‘Big Daddy’ Roth’s Rat Fink.”

For details of Ballast Magic, click here or here.

Thanks to Mat Arney and Michael Dormer for info on the legend, click here for more.

A book is available from the publisher Fantagraphics.