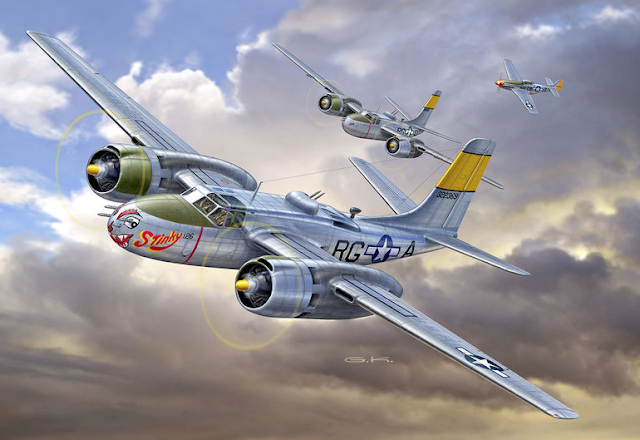 THE DOUGLAS A-26B INVADER FROM REVELL makes a good addition to a 1:48 scale combat aircraft collection.

SMN report: This 1:48 scale release represents the Douglas A-26B Invader, originally flown as a US Army Air Force light bomber and attack aircraft. It was used during World War II, and in many other conflicts for decades after. The Invader was fast, heavily armed, and could take plenty of damage during combat operations. 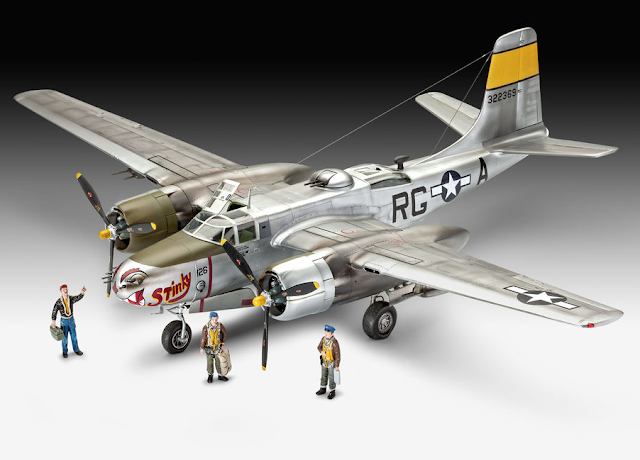 The Revell box art (below) provides useful guidance for painting one of the two sets of markings in the box. However, the choice is yours where final painting is concerned, as the aircraft was used in many guises. 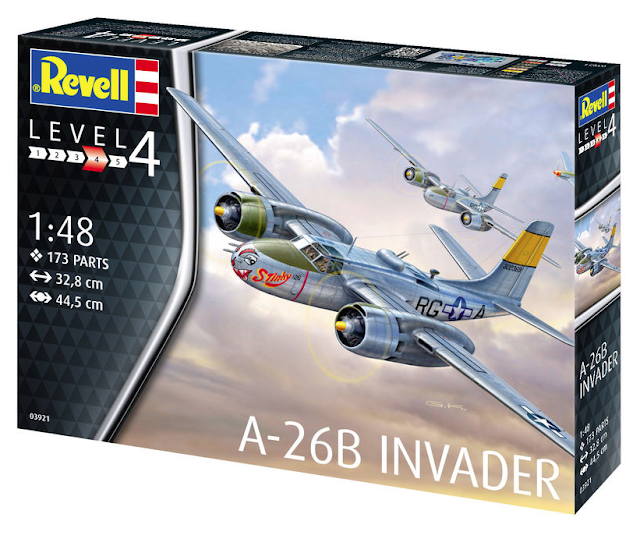 Clean mouldings and detailed interior fittings (below) allow a good level of realism to be attained.

Landing gear (below) is accurately reproduced. Note the neatly-airbrushed engine exhaust discolouration on this model.

Inside the box (below) you will find 173 flash-free components. 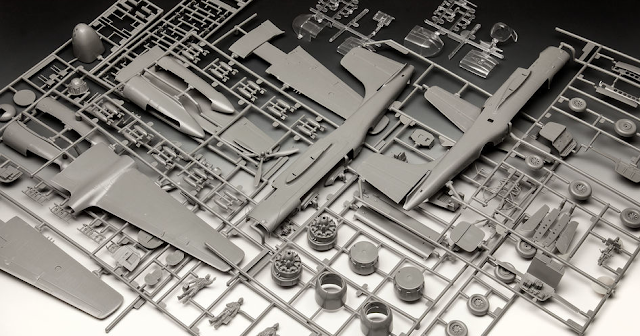 The lift-up panel (below) allows a decent view of the cockpit area, making a fully-finished instrument panel an absolute must.

The US Air Force A-26A Invader (below) was flown by the 609th Special Operations Squadron, near Nakhon Phanom Royal Thai Air Force Base, between 1967-9. Note the jungle-style camouflage paint scheme. 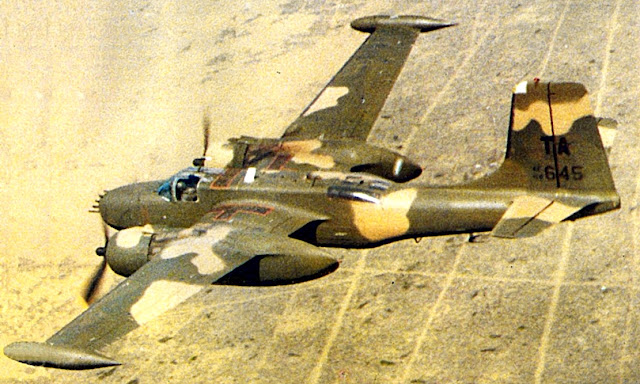 The B-26B (below) named Monie was flown by Lt Robert Mikesh of the 17th Bomber Group in Korea. The pic dates from 1952.

Handy reference (below) for A-26 flight deck instrumentation, this aircraft was flown in US Air Force duty. 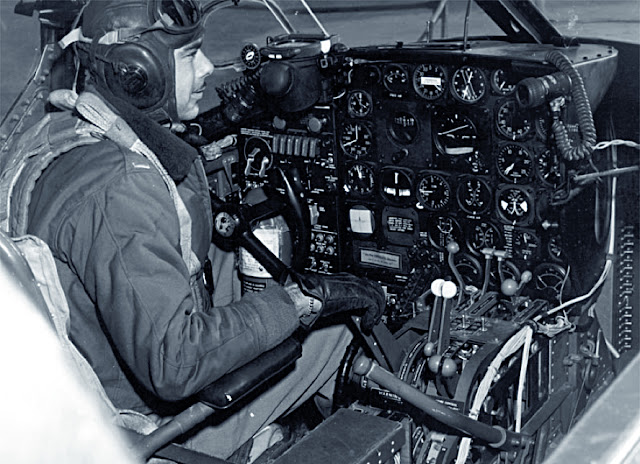 If you prefer civilian aircraft, then the brightly coloured water-bomber conversion (below) might suit you. The A-26 entered service with Conair of Abbotsford BC in the spring of 1970, and completed over 2000 hours of fire-fighting duty, until its last operational flight in 1984. Conair donated the aircraft to the BC Aviation Museum in 1989.

Summation
A very nice kit, which is full of detail, and cleanly moulded throughout. It assembles to make a substantial-sized model, and the supplied crew figures are a bonus.