MORE AIRCRAFT AT THE SAC AND AEROSPACE MUSEUM IN NEBRASKA 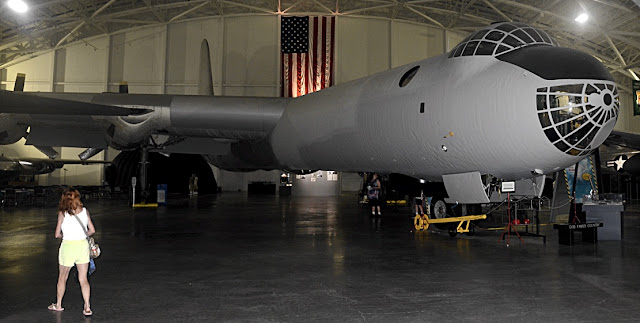 AS PROMISED, here are more of the aircraft I saw on display at the Strategic Air Command and Aerospace Museum, Ashland, Nebraska.


Mat Irvine: This time I show my photos of some exhibits displayed in the two hangars, and an aircraft being cared for in the Restoration Gallery.

There are also plenty of scale models on display at the Strategic Air Command and Aerospace Museum. Come back soon to see my selection of this miniature air force.

The tiny McDonnell XF-85 Goblin (below) was a ‘parasite’ fighter, designed to be carried for self-defence by a B-36. Only two XF-85s were built. 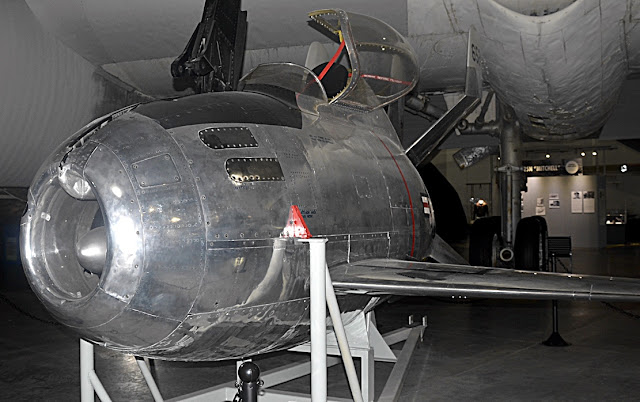 The largest aircraft on display (header, below) at the SAC Museum is the Convair B-36J Peacemaker strategic bomber. It has no less than ten engines, with 'six turning, four burning' - six pusher props, and four pod-mounted jet engines. That's me under the nose. 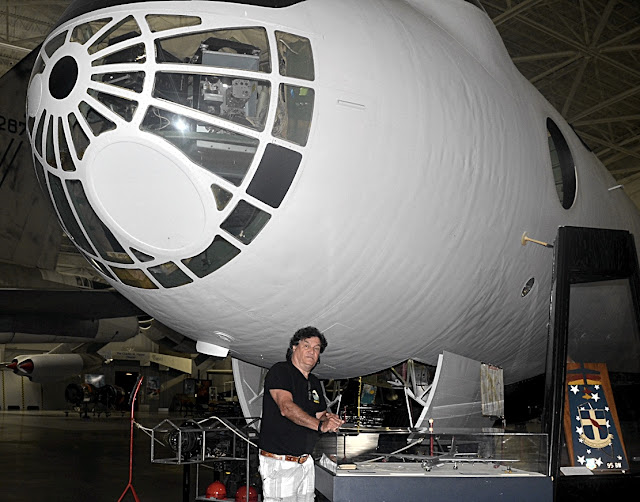 The Martin B-57E medium jet bomber (below) was a licence-built version of the British English Electric Canberra.

Hanging from the roof of Hangar 1 (below) is a Lockheed TR-1 ‘sky-spy’ which was used for ultra-high altitude surveillance.

Boeing B-17 Flying Fortress (below) with a Boeing B-52 Stratofortress behind. 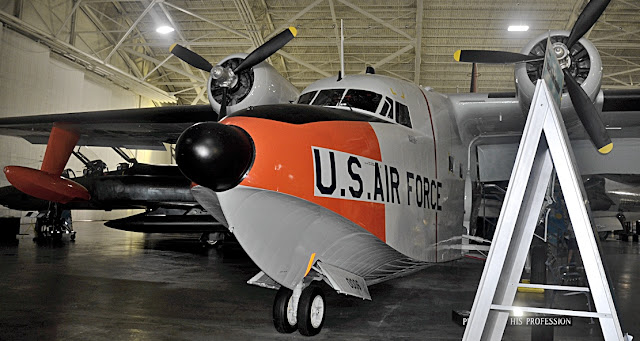 Possibly the most futuristic-looking of all US military planes, the supersonic Convair B-58 Hustler (below) set 19 world speed records, including a flight from Tokyo to London. A B-58 named Greased Lightning flew the 12,920 km (8028 mile) distance in just 8 hours 35 minutes. 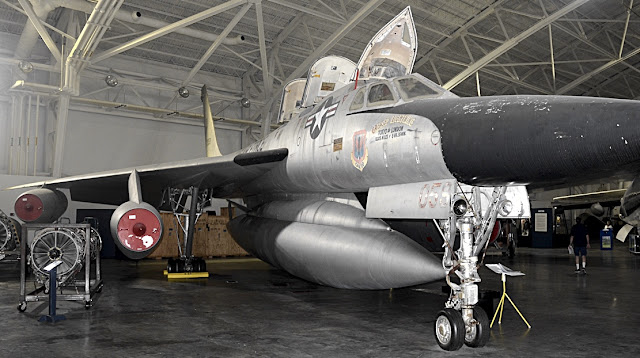 The McDonnell F-101B Voodoo (below) was one of the USAF ‘Century Series’ fighter jets. 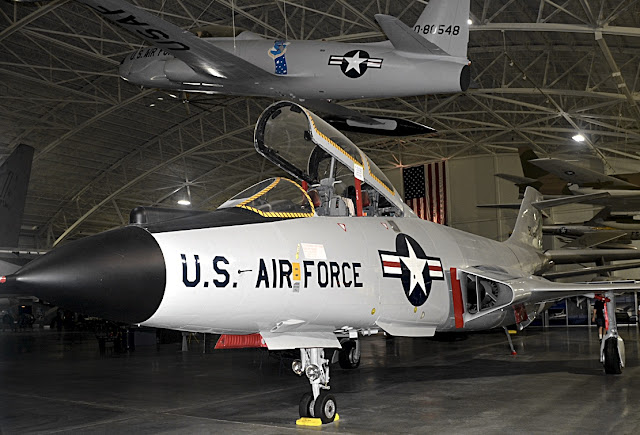 The fuselage design of the Piasecki CH-21B Shawnee (below) earned it the handle ‘flying banana.’

The Boeing B-29 Superfortress Lucky Lady (below) is one of just 22 complete B-29 airframes on display in the US, despite nearly 4000 being built. 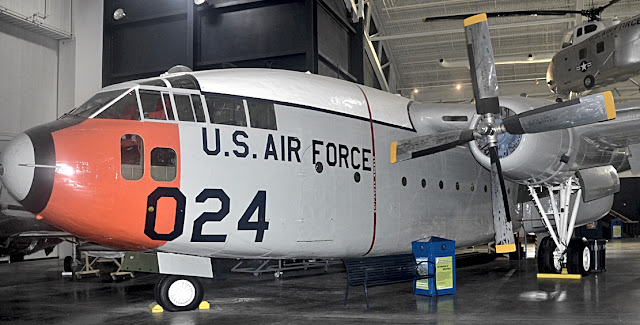 The Soviet-built MiG-21 (below) is one of the few ‘foreigners’ at the SAC Museum. 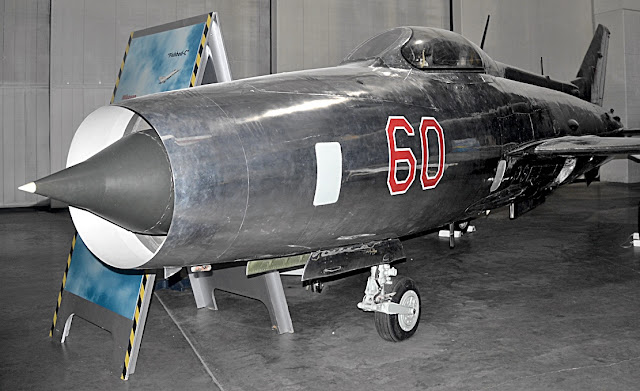 The Boeing KC-97G (below) saw service as an aerial refuelling tanker. 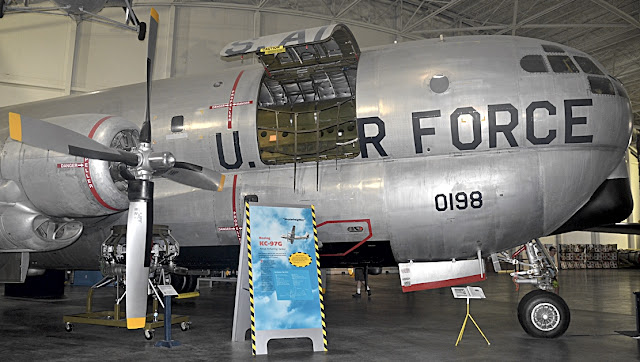 Restoration gallery
The Convair T-29 (below) is a military version of the 40-seat Convair 240 airliner. This machine is one of two aircraft currently being restored, mostly by volunteers. It was used to train navigators and flight officers.