SCALE MODELS ON SHOW AT THE SAC MUSEUM IN NEBRASKA 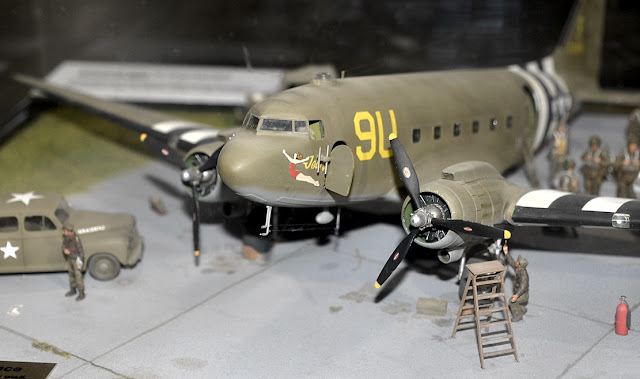 TO CONCLUDE OUR SERIES on the Strategic Air Command and Aerospace Museum in Ashland, Nebraska, this time we show some of the many models on display.


Mat Irvine: The models I saw were mostly a mix of professional display-type miniatures, made for aerospace companies and the military. But plenty were also assembled from commercial model kits.

Members of the IPMS (International Plastic Modelers’ Society) also lent a hand. For example, their work can be seen with the detailed diorama (below) of a B-29 assembly plant, which used several Monogram 1:48 scale B-29s as its starting point. 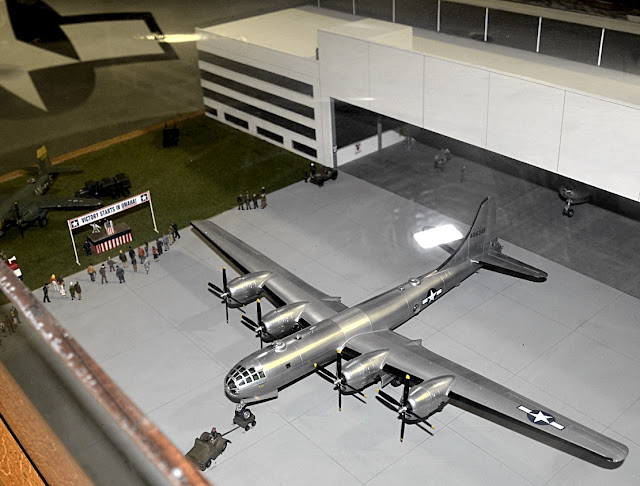 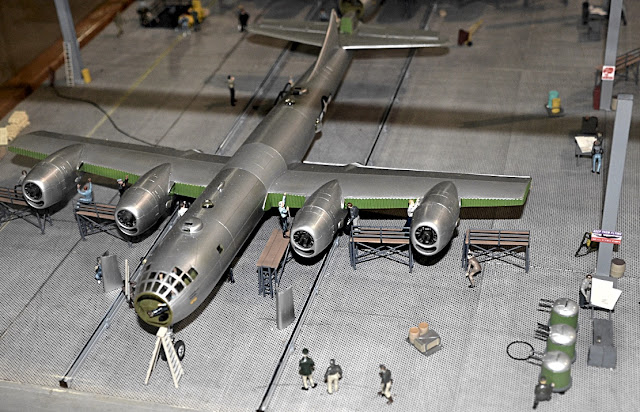 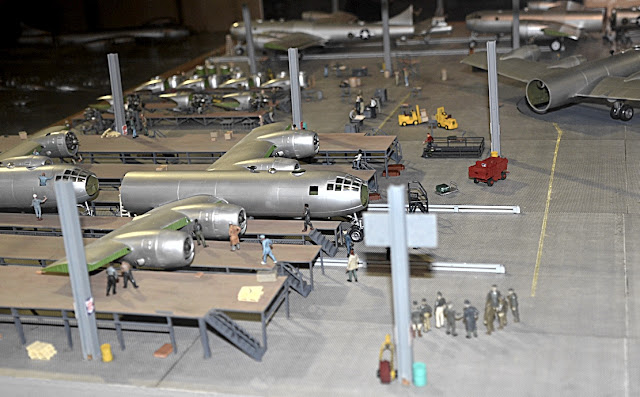 The plaque (below) features a list of the model makers involved in making the B-29 diorama. 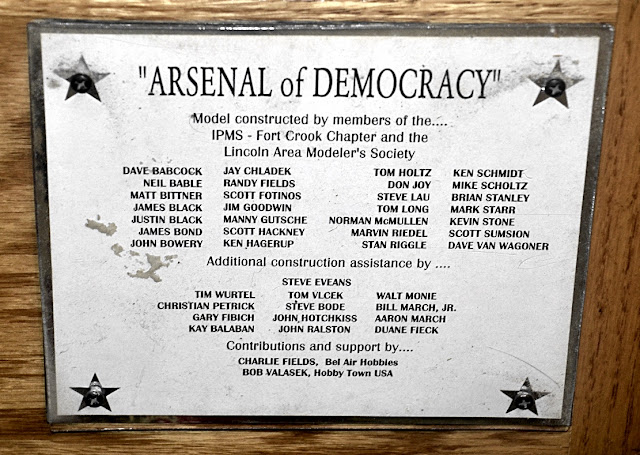 The 1:48 scale diorama (below) depicts the moment on June 5, 1944, when General Dwight D. Eisenhower visited paratroopers of the 502nd Parachute Regiment, 101st Airborne Division, at Greenham Common airfield, England, just before they took off as part of the D-Day landings. The Douglas C-47 Skytrain shown here is based on a Monogram kit, with vehicles and figures from Tamiya. 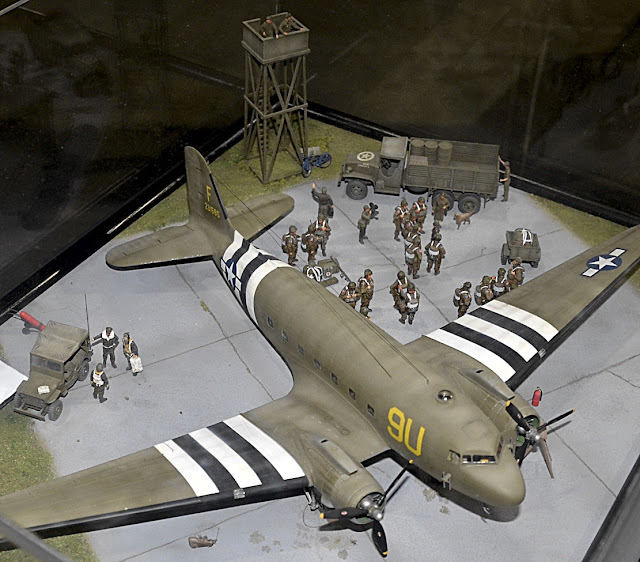 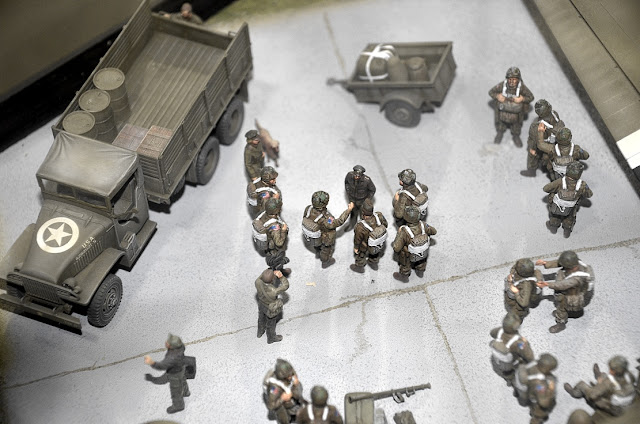 The B-52 (below) seems to be built from a Monogram B-52, though a possible alternative could be the AMT/Italeri kit. 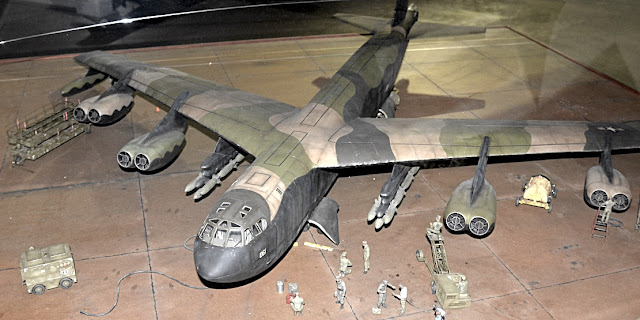 The Monogram B-36 Peacemaker model (below) is placed by the nose of the real thing inside the SAC Museum. 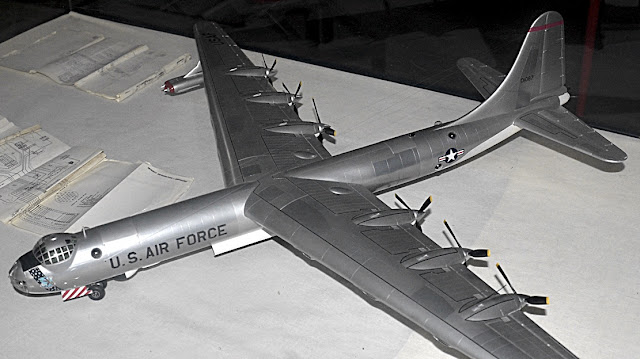 This is one of four cases of scratch-built aircraft created by model maker Jerome Wirth, from Nebraska City. At left (below) are German and British machines, at right a US trainer.

A P-40 Warhawk (below) shown being readied for takeoff during the North African Campaign in World War II. The kit is probably a 1:48 Monogram, though this plane has been kitted a number of times by other manufacturers. 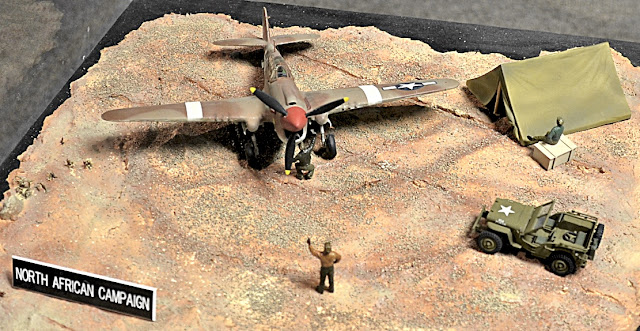 An industrial model (below) of the Boeing 747-derived E-4B airborne command post. 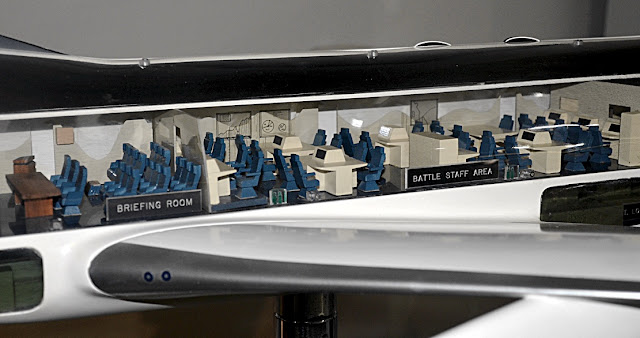 Another industrial model (below) features the Convair B-58 Hustler supersonic bomber. 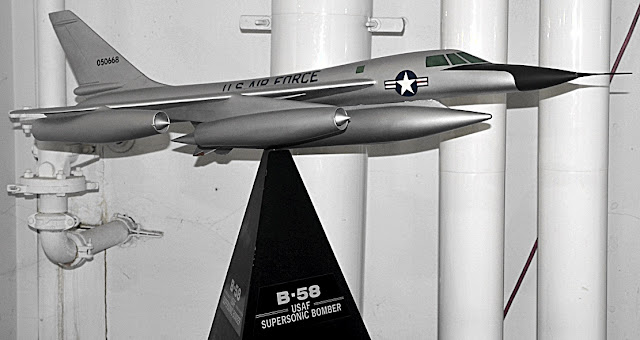 The Avro Vulcan (below) is part of an inside display reflecting the full-size machine parked outside. 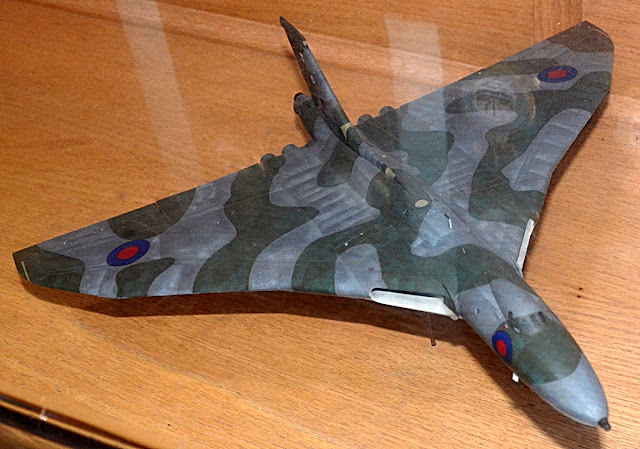