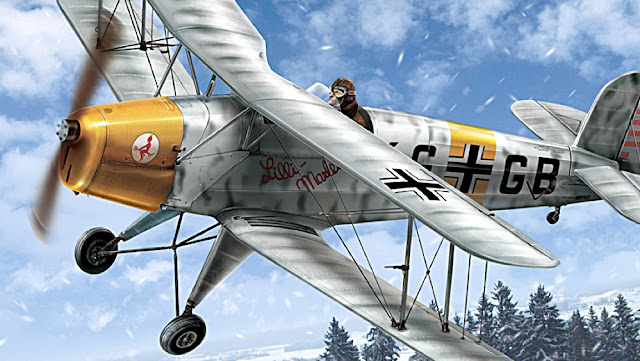 THE BUCHER BU 131D JUNGMANN IS ANOTHER LARGE SCALE kit of an aircraft dating from the mid-1930s. It would sit nicely next to the recently-released Polikarpov I-16 to the same scale.


SMN report: Manufactured by ICM Holdings of the Ukraine, the Bucher Bu 131 looks to be an interesting kit. The original first flew in 1934, and was used for nearly four decades - the last in-service aircraft served with the Spanish Air Force up to 1968.

The ICM kit has markings for Lilli-Marlene and is packed with detail. There is a choice of four markings, supplied as decals. 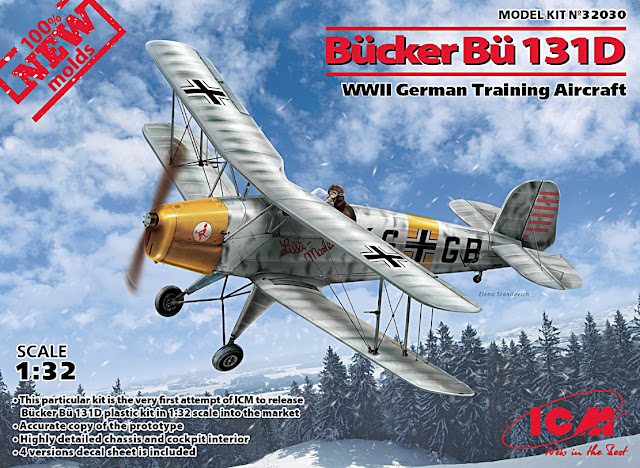 The ICM computer image (below) reveals the four-cylinder engine supplied in the kit. Precise mouldings will allow a realistic looking miniature, perhaps suggesting the prospect of an in-hangar maintenance diorama. 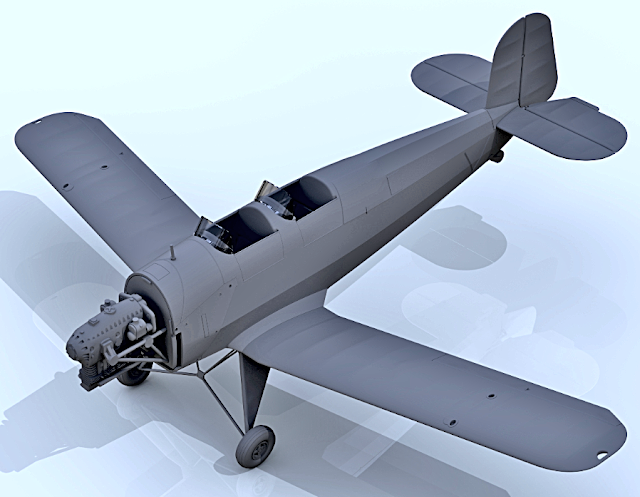 The lower surfaces (below) are nicely captured. There will be plenty of rigging to complete the model, but at 1:32 scale, it won't be quite as much of a nightmare for the fumble-fingered (like this reviewer...) as at smaller sizes. 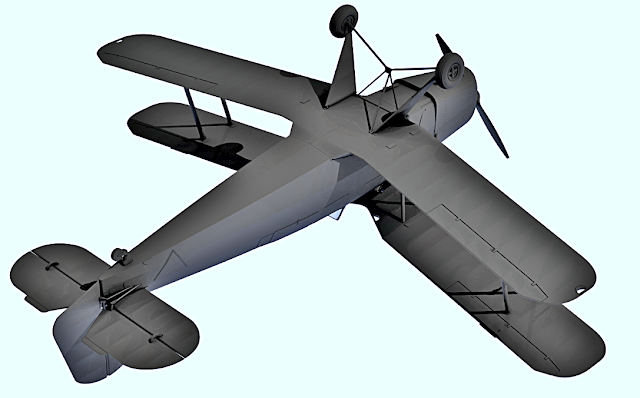 The two-seater's interior detail (below) looks to be reasonably complete, at least in the cockpit area. 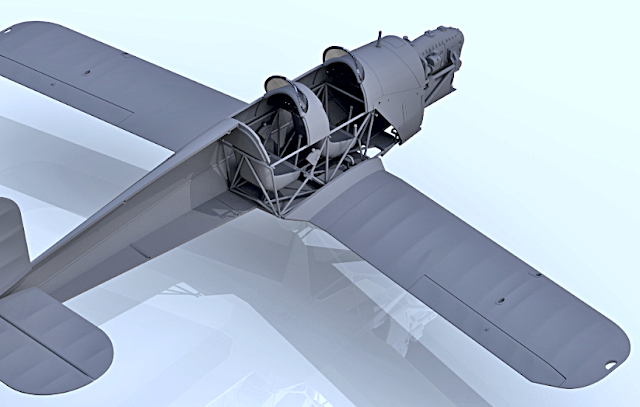 We're looking forward to building one of these, and are hoping that ICM has made precise alignment of the upper and lower wings (below) simple and straightforward. 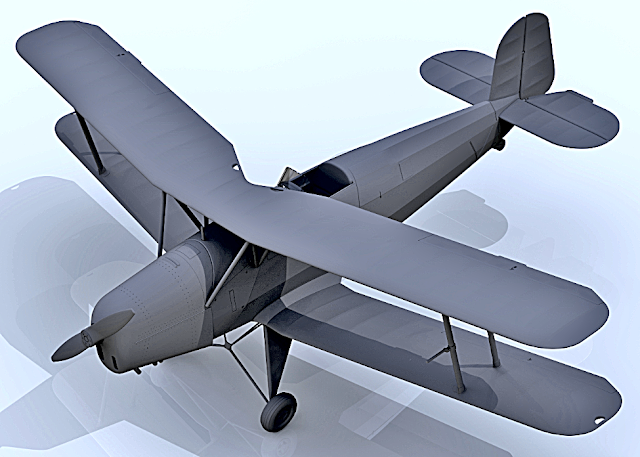 The real thing, albeit a Spanish-built model dressed in Luftwaffe markings. It was photographed in 2008, at the Shuttleworth Collection, UK. 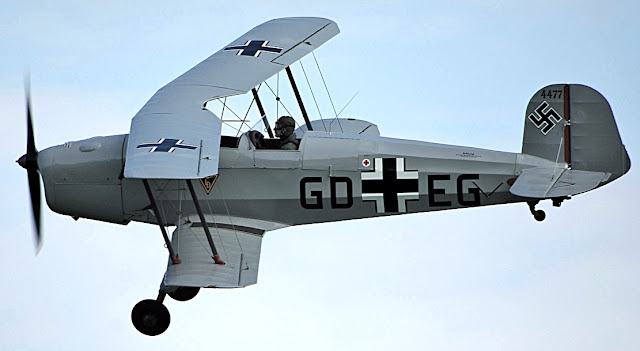 The Shuttleworth Collection is a must-see zone for old aircraft. If you are in the UK, or just visiting, and like the early years of flying, you wont be disappointed.