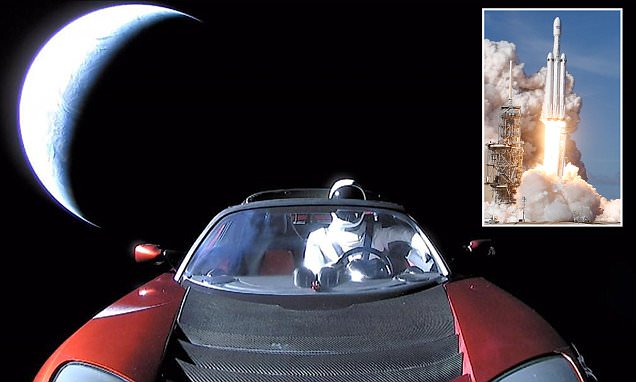 ANYONE WHO SAW the SpaceX Falcon Heavy lift off on February 6, 2018, must have enjoyed the sight of Elon Musk's old Tesla Roadster in orbit, complete with its Starman passenger.


SMN report: The picture (header) shows the last image of Starman as he heads off to Mars and beyond. There's a nifty website devoted to him (link at bottom) which records location, speed, and other details.

But where did SpaceX CEO Elon Musk get the inspiration for loading an old car aboard his ship? As a sci-fi enthusiast, maybe he'd read a decades-old issue of the graphic magazine Heavy Metal, and thought "Hey, that's a cool idea." Or perhaps Elon simply had another ace-idea brainwave - either way, Starman and Tesla make a great spacefaring duo.

The graphic story (below) comes courtesy of Heavy Metal and Dan O'Bannon, who dreamt up the concept, while the talented illustrator Thomas Warkenstein brought the idea to life. 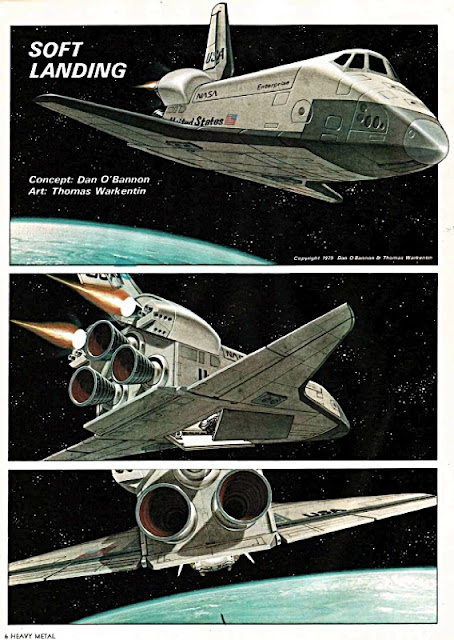 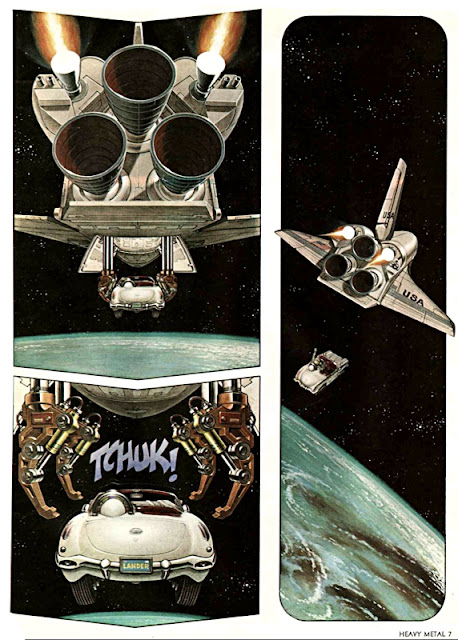 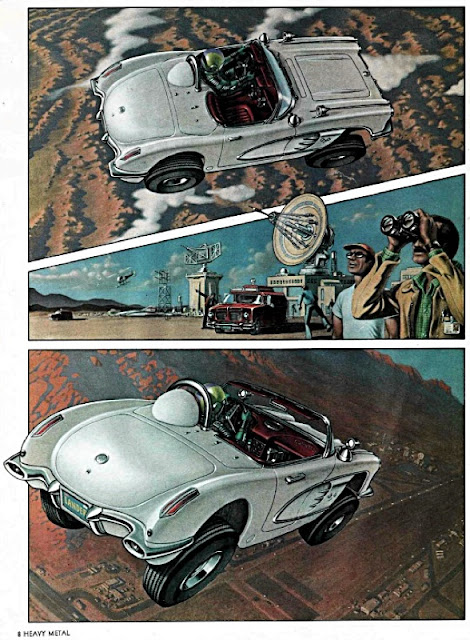 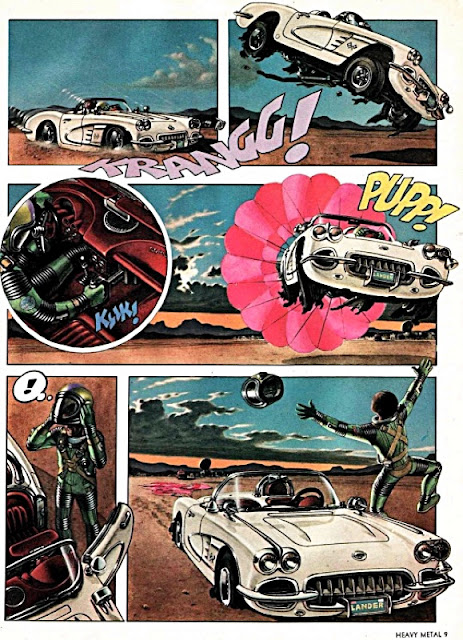 As for cars in space, there's isn't yet a kit of the Tesla Roadster, though a Google search reveals diecast models of various sorts, as well as a resin model or two. But Dan O'Bannon's Chevrolet Corvette is a different matter, with a choice that is near-galactic in scope.

The two diecast Vettes (below) appeal to us, as they represent early retro-ish models.

But there are plenty of plastic kits representing later Corvettes. One example is the attractive 1:25 scale Revell release, and you can click here for Mat Irvine's assessment of it at SMN.

Click here for plenty more Corvettes of all sorts at SMN.

Click here to check out the latest info on Starman and the Tesla Roadster.