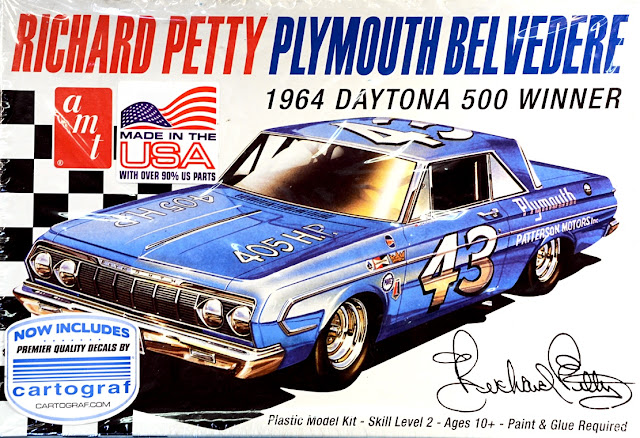 A CLASSIC NASCAR RACER FROM 1964 is released by AMT.


Mat Irvine: Richard Petty is one of the most renowned NASCAR drivers. He became instantly recognisable for driving with the number 43, and, in the early days at least, an all ‘Petty Blue’ Plymouth. This car, as kitted, is the one in which he won his first Daytona 500, in 1964.

This 1:24/25 scale AMT issue started out as a Lindberg kit, from a time before Round 2 acquired the brand, but after when Lindberg started its new range of car kits. These were a vast improvement on the original range, which included several interesting and quirky items, but with kits that were mostly not to the same standard as those from the ‘big five’ manufacturers of AMT, Jo-Han, Monogram, MPC and Revell.

But the new Lindberg kits were well up to standard  and included a stock Plymouth Belvedere. This was then modified into the race car driven by Richard Petty in NASCAR competitions.

Most of the 118 components (below) in the new AMT kit come in blue, chrome, and transparent. Vinyl tyres are provided. 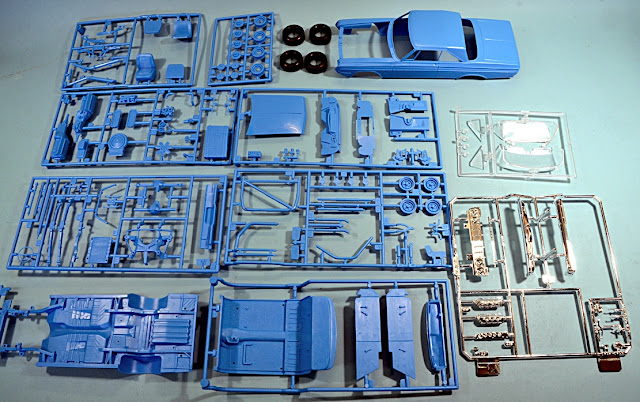 With the kit I’m reviewing here there is one interesting change. Whereas the Lindberg issue was moulded in white plastic, the AMT Belvedere comes in blue styrene that approximates the classic ‘Petty Blue’ used in many races. This  makes for an easy start to finishing the kit, though for a better final finish, you can add top coats with a spray can. The exact shade is available from various specialist model paint companies. 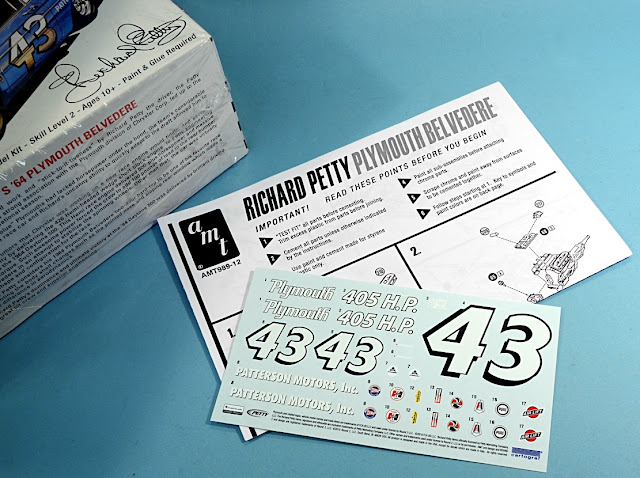 The kit is supplied in a purely ‘build it one way’ form. In the 1960s, racing stock cars were mostly just that - stock. So there’s no special body and chassis in this kit. Instead, there’s a powerful Chrysler hemi-head V8 engine in a stock chassis, with stock interior, less superfluous seats but with a roll bar in a stock body.

The car's competition identity is really given away only by the set of racing magnesium-alloy wheels and race tyres. There are two straps over the rear window, which are to hold it in place, otherwise reduced air pressure could make it pop out at speed. Plus of course the Petty Blue colour, and the famed ‘43’ markings.

The original kit (below) as supplied in its Lindberg box. 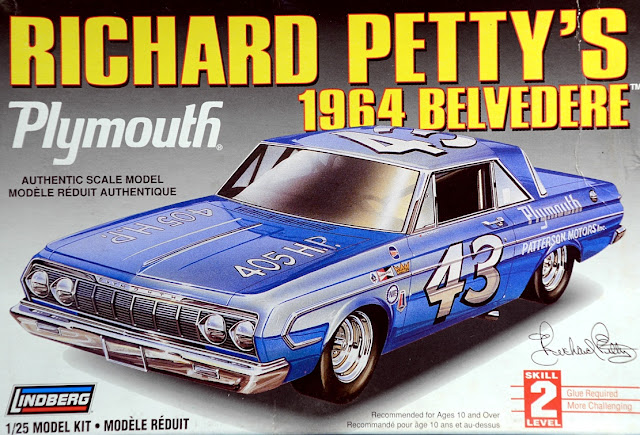 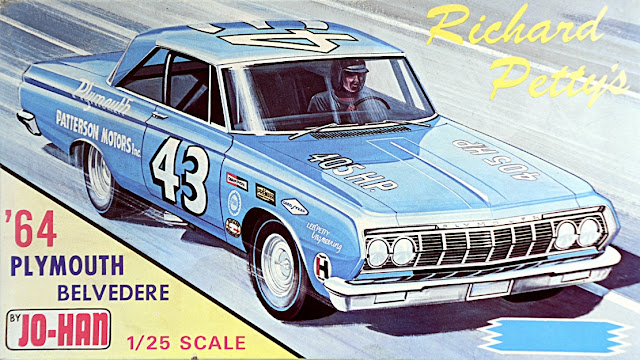 Summation
Nice kit of a notable car. Richard Petty retired from racing in the early 1990s, but is still active on several fronts.

Click here to view the car at Round 2, who supplied the review kit.