TOM WEST IS A FAMILIAR NAME to many movers and shakers of the US model kit industry, though he is less well known to the general public.

Mat Irvine: But if you bought an Aurora, MPC, or Revell kit in the 1970s or 1980s, or more recently a Galaxie Limited kit, you will have had a passing connection with him. Sadly, Tom passed away recently.

Tom West's first model work was with Aurora. As Andy Yanchus, who was with the company then, says, “I met Tom West back in March, 1973. I was in Aurora’s Research and Development Department handling various model kit projects, when Product Manager Jim Keeler coaxed Tom (below, with a 1966 Cadillac) from California to join the team.” 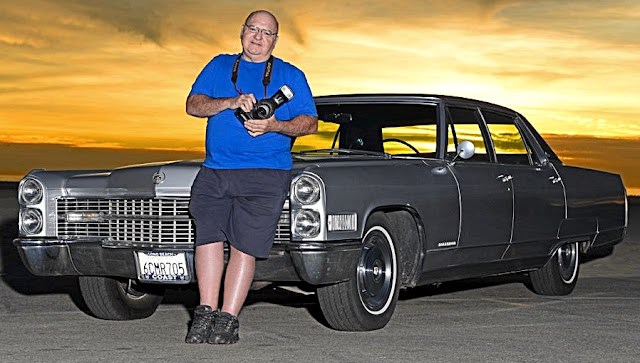 Tom already had a well-deserved reputation for auto photography, and also as a creator of cutaway drawings. His skills were needed for a new Aurora line, called Racing Scenes, producing drawings for the tooling required to make some of the most-detailed kits Aurora kits ever produced.

Tom later headed major updates to older product lines, and worked on photography, new box designs, and updating instruction leaflets. At this time, kits from Heller and ESCI were being incorporated into the Aurora line, after suspension of its own new-tool range.

Tom had to finish with Aurora when the company ceased trading, the tooling being sold to Monogram in 1977. But almost immediately he moved to MPC as Marketing Director, when both MPC and Airfix were part of the General Mills conglomerate. Tom adapted some Airfix kits (including various airliners), and called in the expert artist Dave Cockrum, with whom he had worked at Aurora. Dave assisted with designs such as The Incredible Hulk, a kit that embodied much of the original Aurora style.

Two of Tom’s own photos (below). He posed good looking gals with good looking cars, as was common in the 1960s. 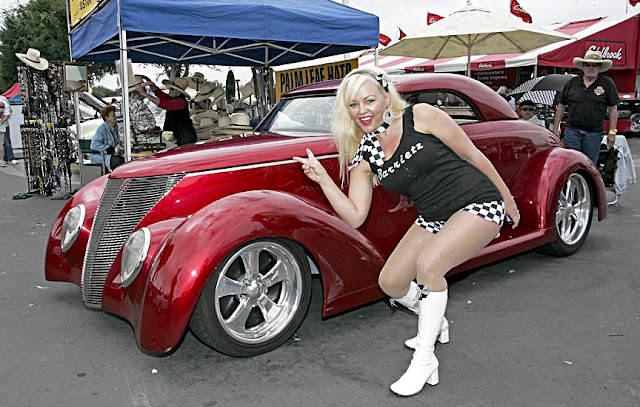 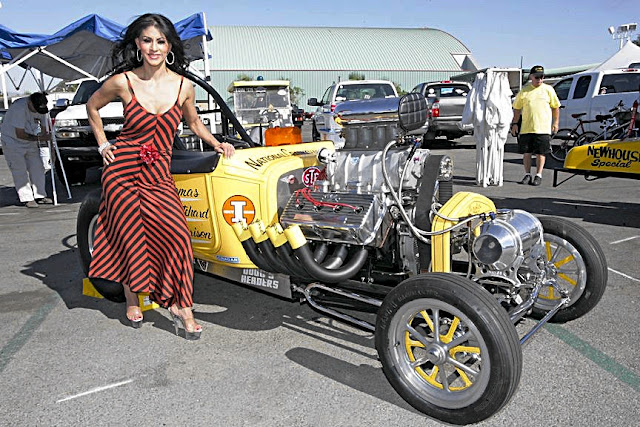 Dean Milano did some work for Tom, and says, “One of my favourite memories of Tom is when I was building the MPC models for box-art and the various toy shows, and I would find a huge box of models on my front porch every few days or weeks. I would call Tom and ask him which ones to build and he would pick out three or four out of a case of 24. He told me I could just keep the rest. I ended up with stacks of models. It was wonderful! He was always a good guy and very easy to work with.”

John Meuller was also at General Mills at the time, although in a different division. He recalls, “I worked at Fundimensions from March 1982 until July 1985. Tom West was the MPC Marketing Director and I did talk with him about cars and kits occasionally because he was told I was a "car guy."  …Kinda wish I could have worked on some projects with him - he definitely enjoyed the hobby!”

Unfortunately Tom was part of cutbacks and left in 1984. General Mills sold MPC to Ertl in 1985. By then Tom had moved back to California and joined Revell, at that time still based in Venice, California. The company had been taken over by the French toy maker CEJI, and Tom had to turn his attention to such toy spin-offs as Power Lords! However he also oversaw kits based on the science fiction movie Dune. 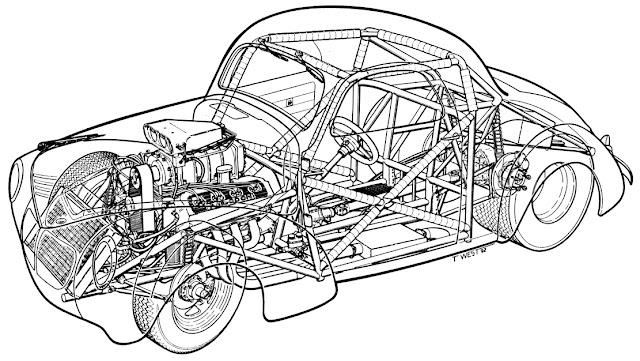 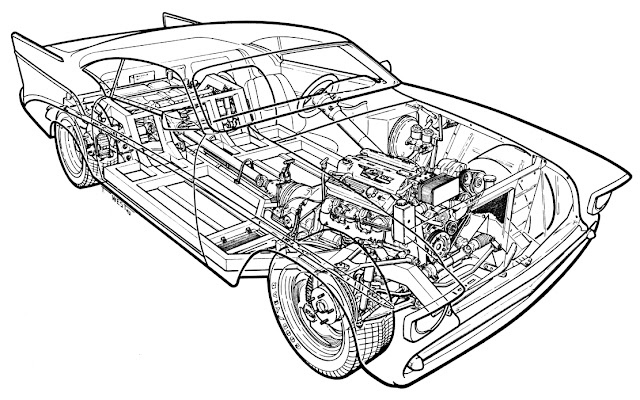 The Aurora Enterprise aircraft carrier (below). The kit was extensively re-worked by Tom.

The fictional Aurora Ragnarok Orbital Interceptor (below) was a project that Tom took over from Andy Yanchus.

Part of a lineup of 1:16 scale kits (two pix below) that Tom devised for Aurora. 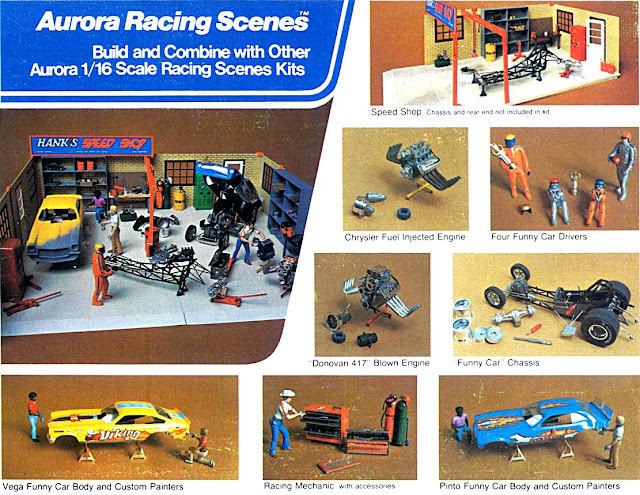 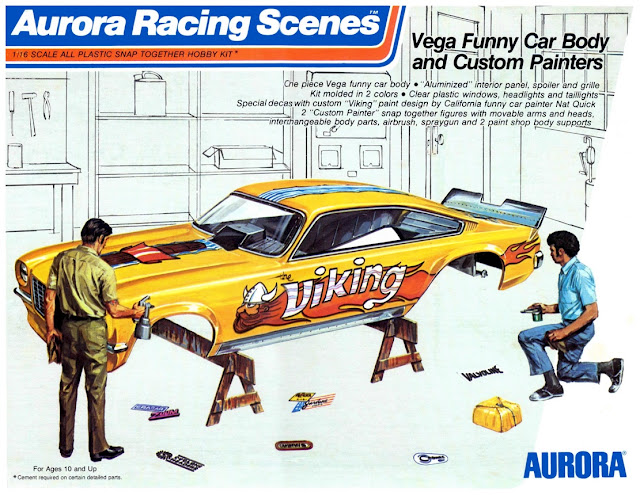 A Heller galleon (below) featured in the Aurora catalog for 1977, the company’s last year. Tom oversaw the introduction of both Heller and ESCI kits into the Aurora lineup during the company’s final years. 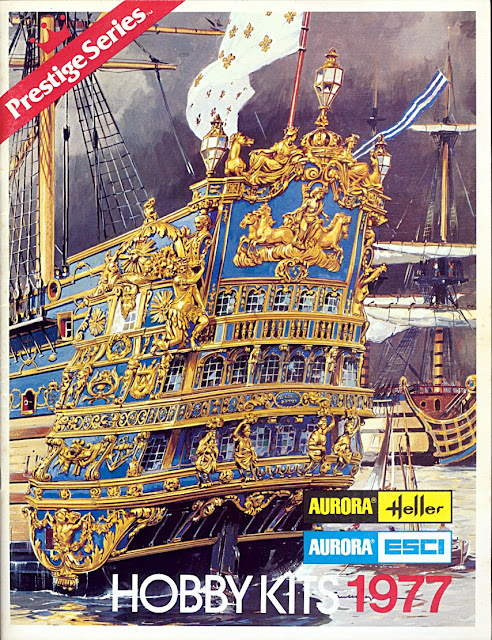 Just three of the car kits (below) that Tom oversaw for MPC, featuring box-art models built by Dean Milano. 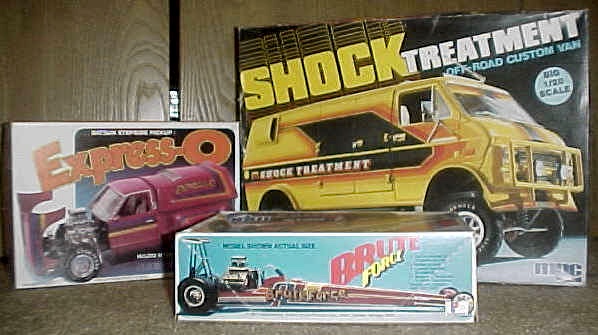 Three of the Star Wars kits (below) that Tom oversaw while at MPC. 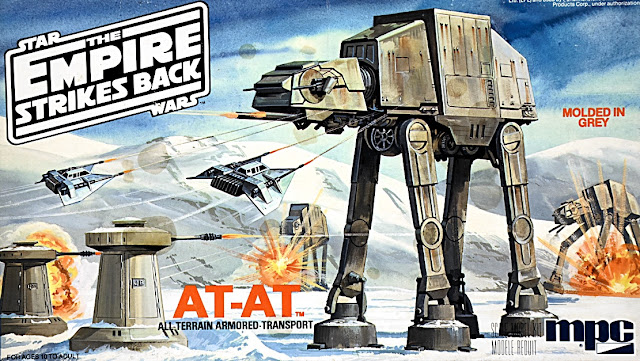 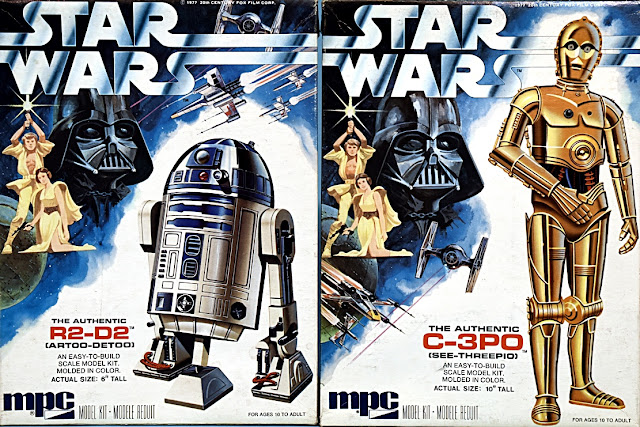 The Incredible Hulk kit (below) organised by Tom, with comic-style art by Dave Cockrum. 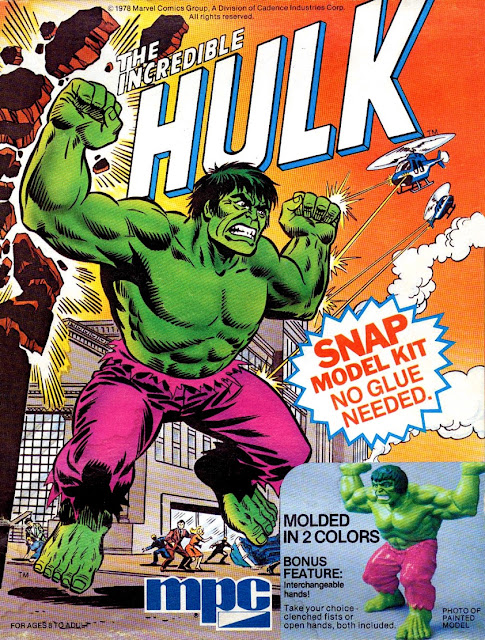 Three Dune kits (below) overseen by Tom oversaw while he was at Revell. 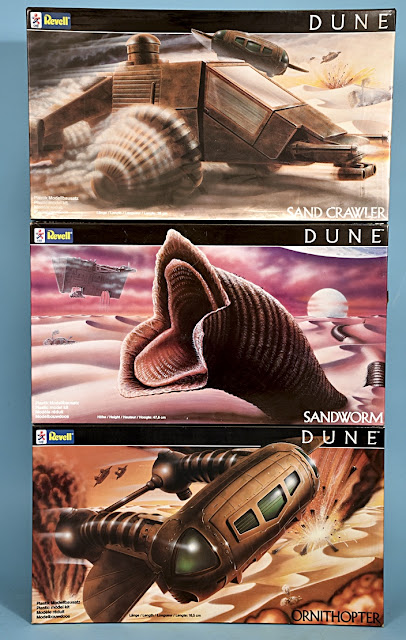 1:25 scale 1948 Chevrolet Aerosedan (below) was produced as a Galaxie Limited kit. Note the various build options. 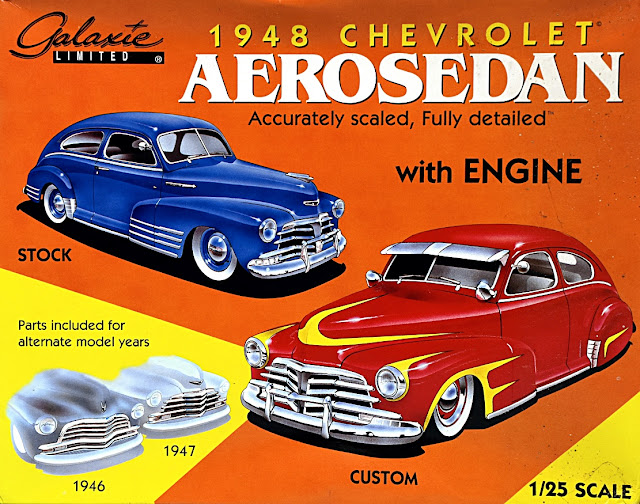 When New-York-based Odyssey Partners acquired Revell, the setup was moved from California to Illinois, to join with Monogram which had been purchased six months before. However, Tom stayed in California, and in 1993 helped start a new company, called Galaxie Limited, created by Gary Schmidt. The first kits were reissues of the Monogram Slingshot and Long John dragster, but new kits of box trailers soon appeared, along with a 1948 Chevrolet Aerosedan, a version that had been ignored by other manufacturers.

In 2002, Tom and colleagues started the Milestone Development Group, concentrating on 1:16 scale ready-built dragsters. He also continued to offer consultation services under his Replicas West name.

Tom was born in Quincy, Illinois. He attended The General Motors Institute and got a BSME (BSc in Mechanical Engineering). He had been drawing from an early age, which put him in good stead when he moved from full-size to model cars.

Andy Yanchus sums up Tom West: “Tom often thanked me for the work I did, but all of us model builders and collectors owe him a tremendous thank you for all he did for this hobby. I was so fortunate to be able to work with him.”

Thanks to Andy Yanchus, John Meuller and Dean Milano for many details of Tom’s life. Andy supplied many of these photographs, John provided the see-thru cutaways.