TIANGONG-1 SPACE STATION HURTLES BACK TO EARTH: AND THERE'S A 1:48 SCALE MODEL TO MATCH IT 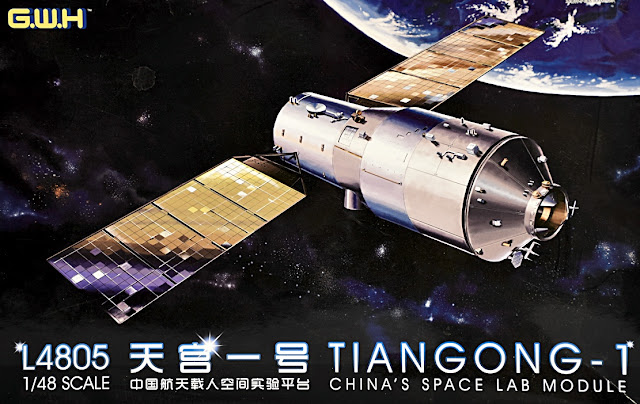 TIANGONG-1 IS THE NAME OF THE Chinese prototype space station, launched in September 2011. It was visited by several taikonauts (Chinese astronauts) up to 2013, but in 2016, ground controllers lost contact with the craft - and now it has plunged back to Earth. Most of Tiangong-1 burnt up during a fiery, uncontrolled re-entry, with surviving parts splashing down in the Pacific Ocean. 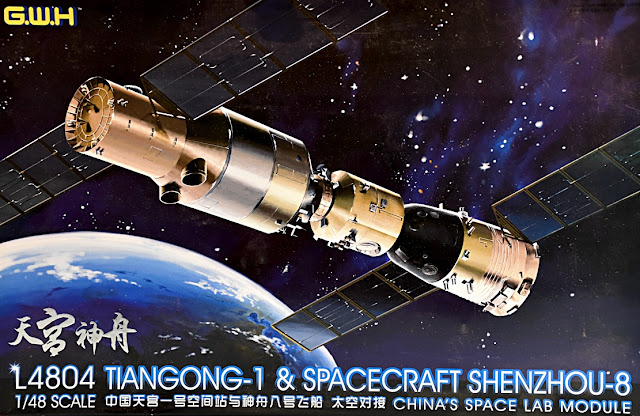 The GWH kit is a straightforward 32-part kit, reflecting the equally simple design of the real thing. The main structure is moulded in two halves, with a pair of large solar panels, which can be positioned as you wish. The docking collar is mounted on a conical structure, with assorted rendezvous equipment. The two engines are positioned at the far end, there are some small components for exterior detail, and that’s about it.

A slight assembly problem is that the solar panels fit through the main structure, before it is cemented together. This makes painting tricky, though not impossible with a lot of masking. However, the fit of the two halves is fairly good, with a minimal visible joint line, so assembly can wait until the main painting is complete. The components (below) are cleanly moulded throughout. 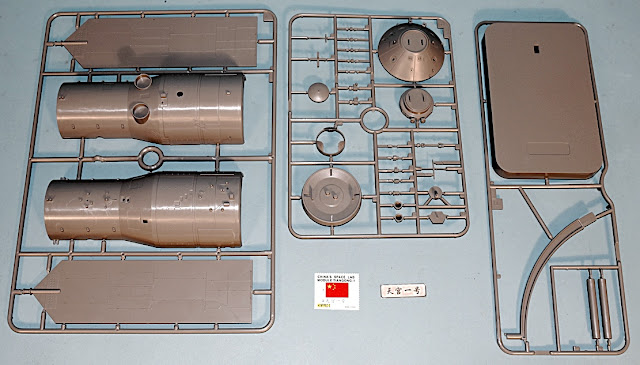 GWH supply colour details, though cross-checking with references shows that some areas don’t seem to quite match. Most of the central structure (below) is white and grey, the latter representing protective thermal coverings. The docking area is black, with a metallic-finish docking collar. The engine bulkhead should also be painted black. 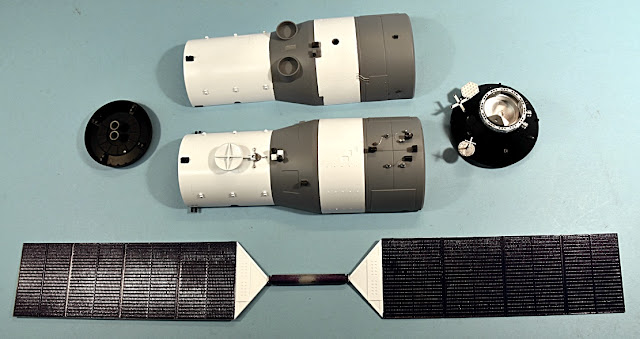 The solar panels are probably light tan (below) on the non-active side, a shade that's common with many arrays. 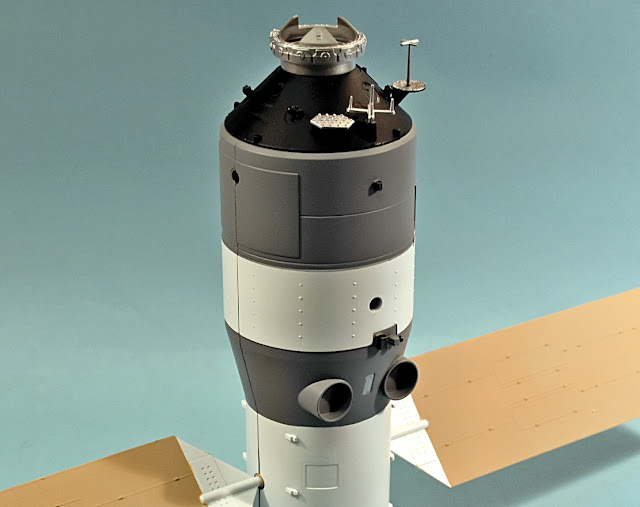 The solar cells themselves (below) are the usual iridescent blue, for which I used a base of Humbrol 15 Midnight Blue, followed by misting over with Testors Grape Pearl 52904. 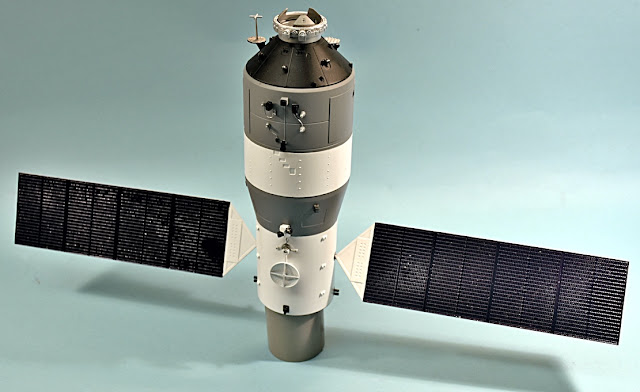 Completed model (below) on the supplied stand. 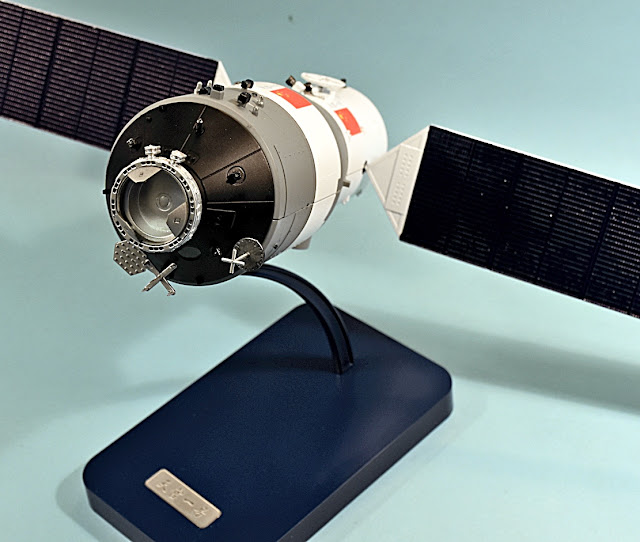 Two Chinese flag decals are supplied (below) though it’s debatable as to where they are actually placed on Tiangong-1. 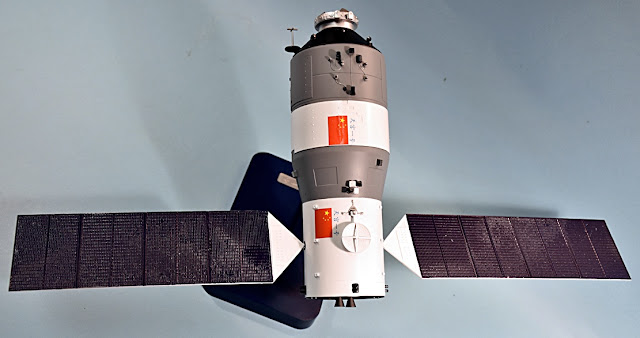 Closeup of the docking collar (below) which has a reasonable amount of detail. 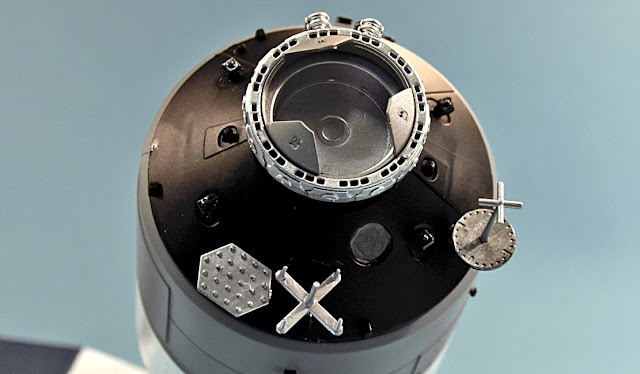 There’s an interesting aside to the Keith McNeill pic (below) of a Shenzhou spacecraft (left) approaching the Tiangong-1.

Media organizations used some ‘official shots from the Chinese news agency’ though in reality, they featured Keith's model spacecraft, based on highly-modified GWH kits. He is an expert at combining miniatures with real background images - note particularly his realistic treatment of the solar panels.

In the end, Keith didn’t know whether to be flattered because everyone thought his work was official, or annoyed as he wasn’t getting the credit. He decided on the former! 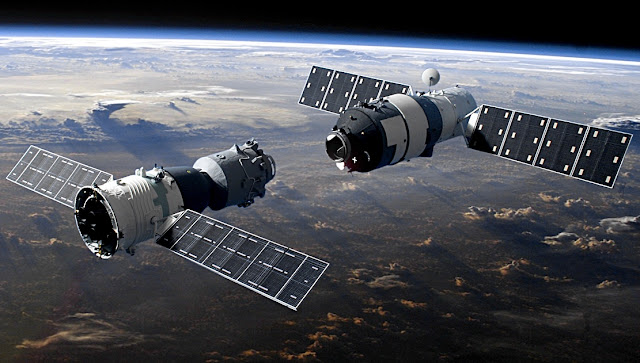 Note that while this is a GWH kit, the parent company is Lion Roar, which makes detail-up sets for various kits. Both are based in Shanghai, China.

Thanks to Paul Fitzmaurice of www.modellingtools.co.uk for the sample kit