THE VISUALS ON MODEL KIT BOXES are what the marketing men call ‘primary sales tools.’ Simply put, if you can spot an attractive box in a store or on screen, the odds are that you’ll want to home in for a closer look.


SMN report: Today's kits may use photographs, artwork, or a blend of the two. For example, many boxes in the Airfix range display a handsome photorealistic look, aided by CGI (Computer Graphic Imagery) software.

Back in the heyday of the plastic kit, the 1950s and 1960s, box art was usually created by hugely talented commercial artists, mostly unsung heroes of the illustration world. Kits were graced with beautiful paintings, many of them fit to be framed and hung on a wall. However, in graphic studios it was usual practice to leave a visual unsigned, or even to paint out a signature before printing. The practise sounds brutal, but clients were promoting particular products, rather than any individual artist’s style of work.

But over the years, it’s good to report that some box artists have become much better known, even if they are not household names. In the UK, the late Roy Cross is recognized for his excellent work on many an Airfix kit.

In the US it’s been a similar story, with Jack Leynnwood’s finely-drawn 1956 illustration of a C-130 Hercules (below) being noted for its dramatic use of perspective. Away from the drawing board, Jack had wide interests that ranged from playing a Wurlitzer organ and driving a Jaguar XK-E, to flying an AT-6 two-seater. 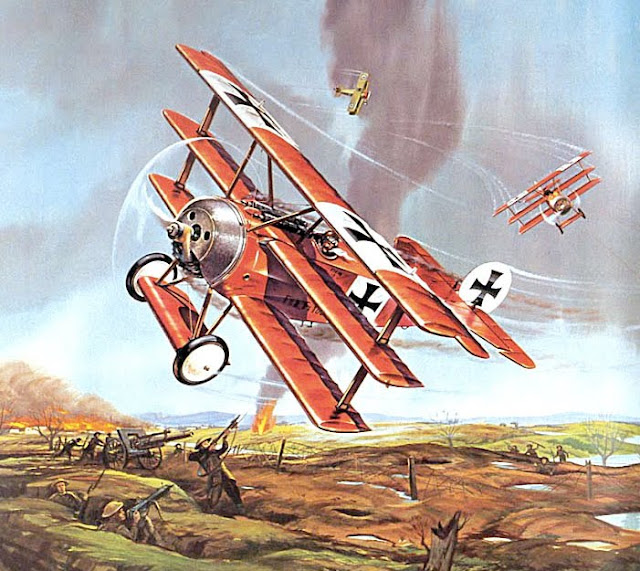 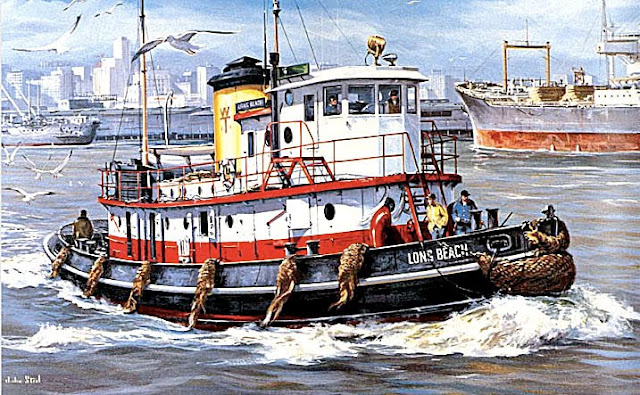 Richard Kishady’s painting (header pic shows an original box) of the ‘Red Baron’ Manfred von Richthofen’s Fokker Dr.1 Triplane sums up his exciting style, one that helped make a box-top a hot marketing item. The matching Sopwith Camel was good too, even if its olive drab camo wasn't as dramatic as the red of the Triplane. Both kits were made to the odd 1:28 scale, the Triplane being presently available on reissue.

The talented John Steel (tugboat art) was a diver and photographer as well as a talented illustrator, and Revell featured him in adverts that ran in various 1950s-era magazines. 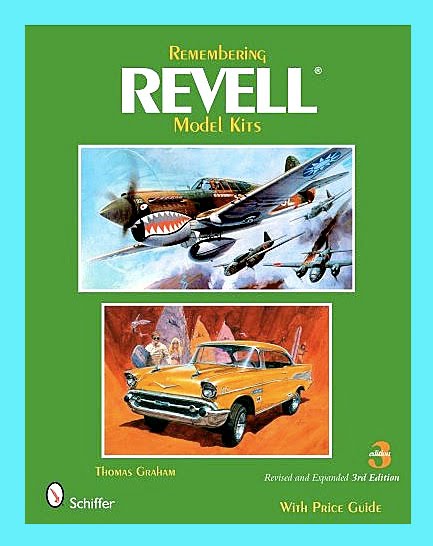 Many Revell kit boxes are featured in the fascinating book Remembering Revell Model Kits by Thomas Graham. It’s a good read, and nicely printed too. We can recommend the book highly if you’re into reading about, as well as making, model kits by Revell.

Click here to see the current Revell World War I aircraft on release. 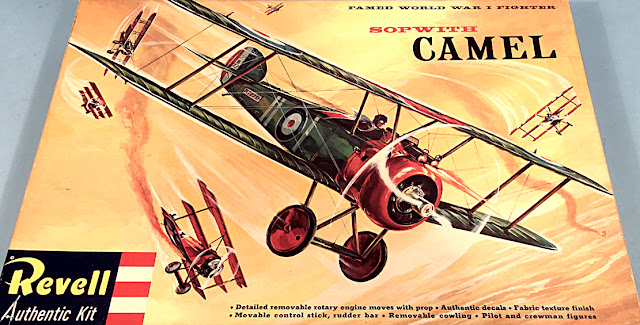