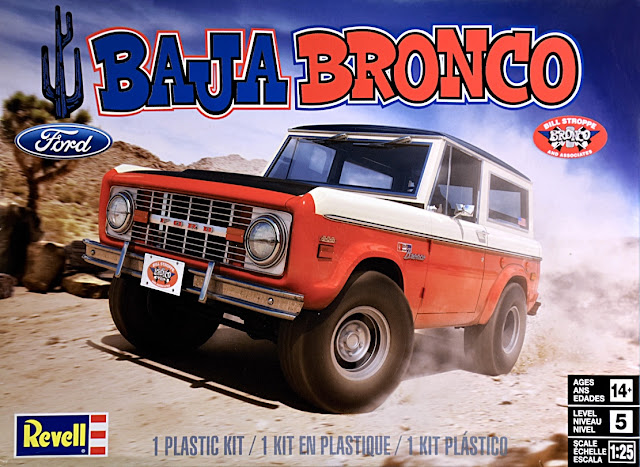 THIS IS THE second issue of a recent 1:25 scale Revell kit, which was created in response to buyers’ requests. And that proves that sometimes the model companies do listen to us!

Mat Irvine: This Baja Bronco kit wears an oval Bill Stroppe and Associates sticker on the box, which associates it with a race-prep outfit that ran the Bronco in the Baja 500 and Mexican 1000 races more than four decades ago.

The instruction booklet (below) contains all you need to know for assembly. The decal sheet allows plenty of marking options. 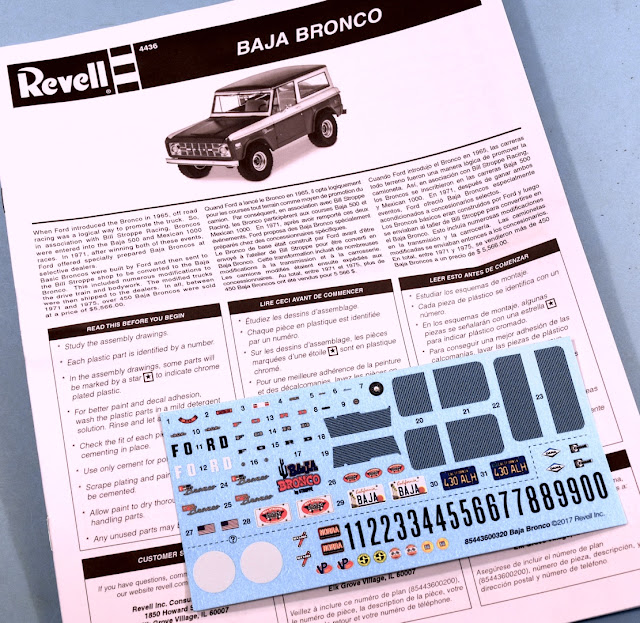 Component layout (below) shows the 137 parts, all present and correct. 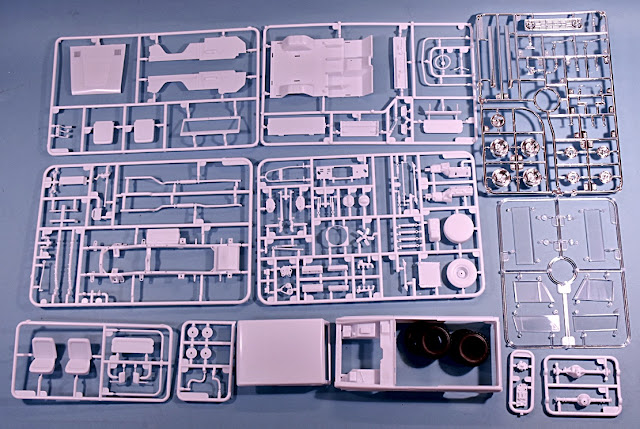 The Stroppe team took a standard Bronco, converting it to off-road race configuration. The special Bronco was nicknamed the ‘Big Oly’ after Olympus, the beer brand that was a major sponsor. In 1971 the Baja Bronco won both events, and after this, Stroppe converted more than 450 basic Broncos to the Baja version featured by this kit. 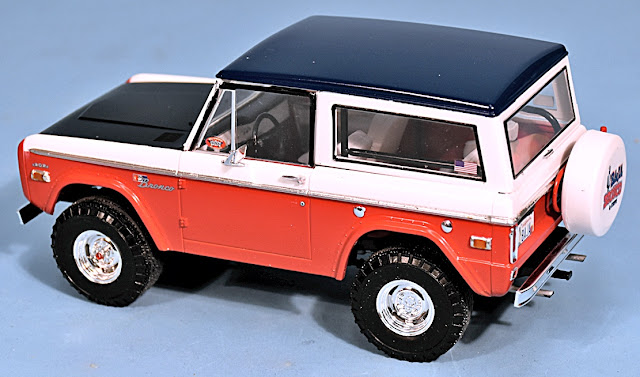 I found the Revell 1:25 scale Baja Bronco to be straightforward to assemble, with no real problems regarding component fit. The model features a small-block V8 engine, which looks good under the removable hood. It does need careful painting though, otherwise the attention to detail that Revell scale-engineers have paid to it are likely to be lost.

The pictures (below) show the completed kit in Bill Stroppe colours. 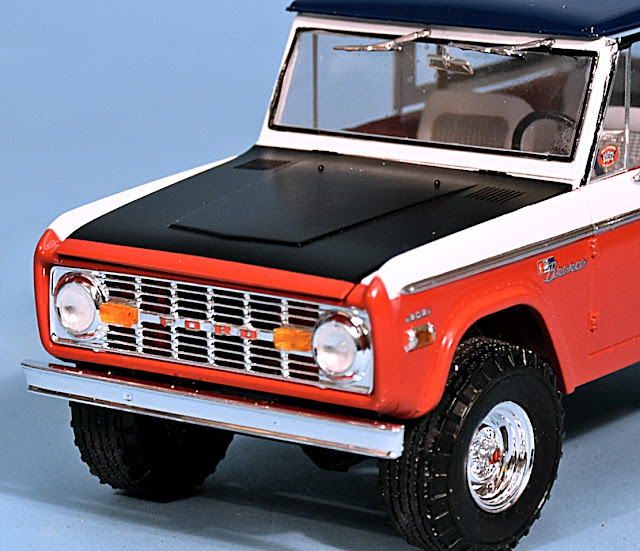 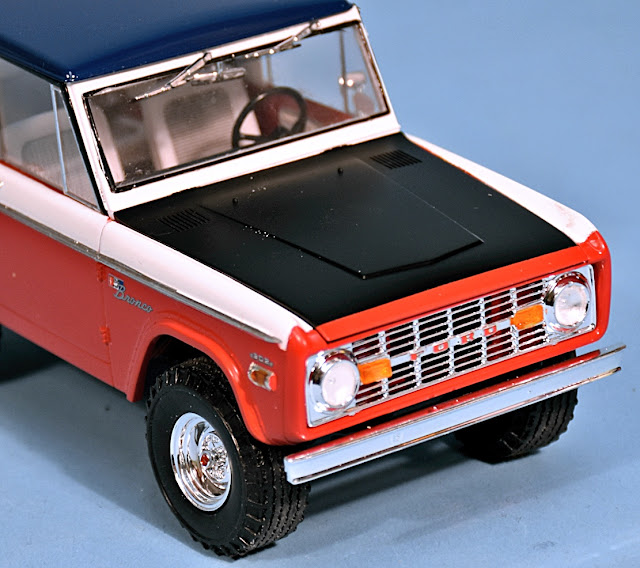 The hood has been removed (below) to show the engine in its bay. With careful painting and attention to detail, the under-hood area looks convincing. 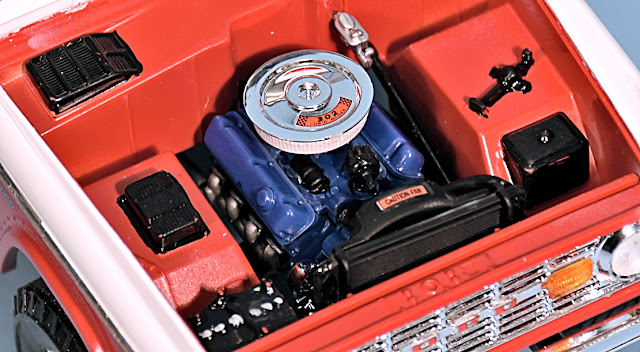 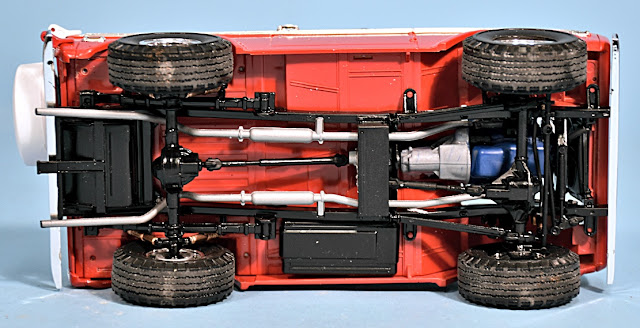 I placed the Baja Bronco in a desert-style diorama setting (below) which I had made previously. The hardtop has been removed for these pictures. 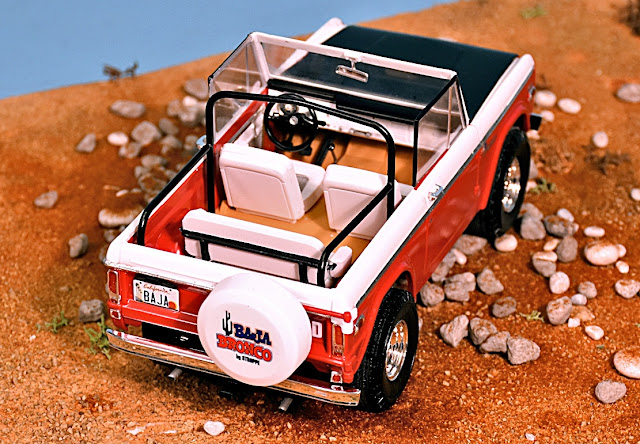 About the Bronco
The Bronco first appeared in 1965, and was Ford’s answer to the Jeep and similar vehicles from International Harvester and, probably, the original Land Rover. It was a basic four-wheel drive off-road vehicle, capable of taking on a great variety of rough terrain, especially off-road. In its various forms, the Bronco was produced for more than 30 years.

Summation
A nice 1:25 scale kit of an interesting off-roader. It should appeal to four-wheel drive enthusiasts.

SMN note: The Bronco has not been in production since 1996, so this kit harks back to the good old days of off-roading. But Ford has plans to reintroduce the Bronco in 2020. The pix (below, top to bottom) show Bronco concepts from 2004 and 2016, plus a visual of a possible production-ready 2020 machine. 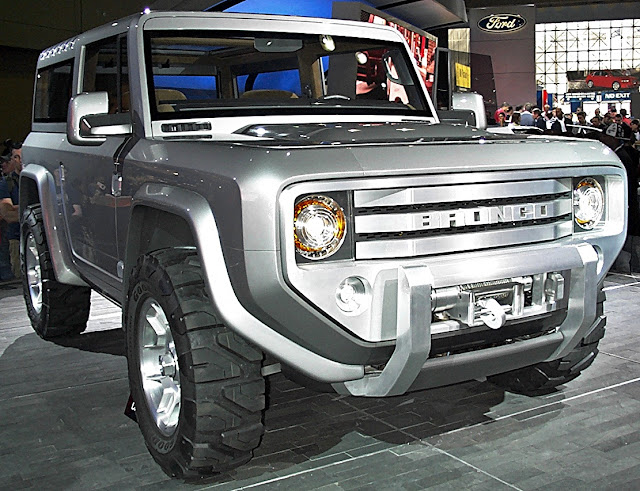 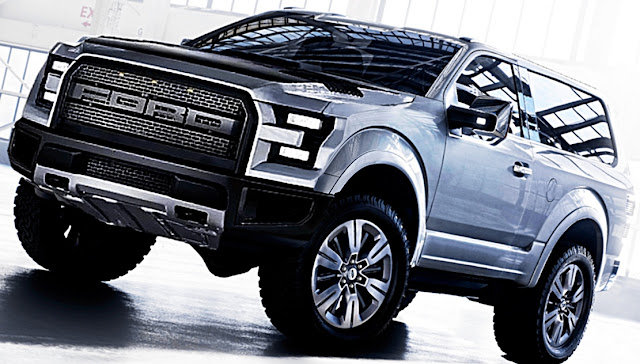 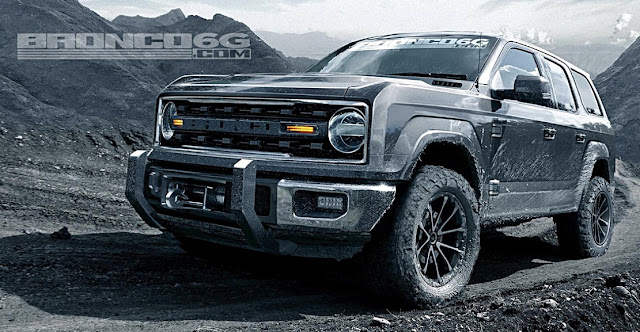