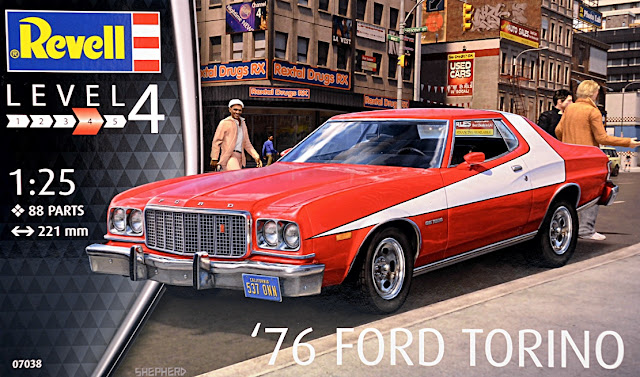 WHEN THIS KIT WAS FIRST ANNOUNCED we expected it would be a stock Ford Torino, with no real connection to the TV stars, Starsky and Hutch.


Mat Irvine: However, this Revell-Germany kit is virtually identical to the original US release, only lacking the Starsky and Hutch names on the box.

The primarily red and black styrene components seem to be exactly as the US release, and look as if the parts come from the same batch. Obvious differences between the old and new kits include the box design and instructions, which are now in full-colour Revell-Germany style.

The box base (below) includes useful detail photos, and a parts layout shot. 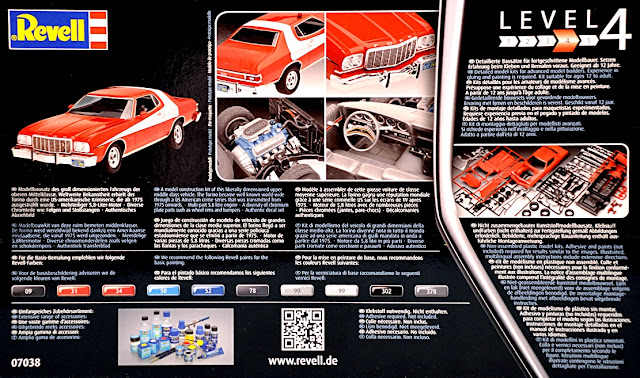 A welcome extra with this 1:25 scale kit is the new and larger decal sheet, which is more comprehensive than the original. Besides the iconic Starsky and Hutch stripes, you also get additional details, including a set of eight vertical bar patterns. These previously had to be painted on to the chrome-plated grille. 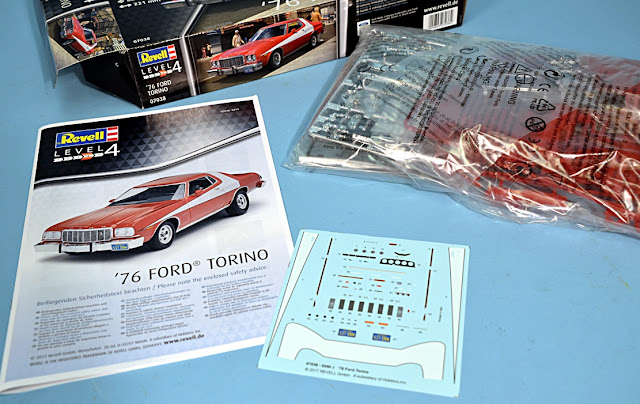 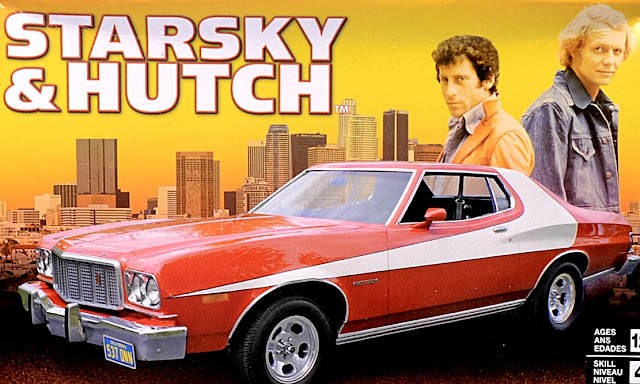 Original US box (above, below left) compared with the revised box. However, the TV series gets a nod, with Huggy Bear (played by Antonio Fargas) behind the Torino's hood, and Starsky (Paul Michael Glaser) and Hutch (David Soul) at the rear.

Summation
A nicely made kit of a subject that found fame via its association with the Starsky and Hutch cop show. If you missed the US issue, here it is again, this time from Germany.

SMN note: The last of 92 Starsky and Hutch episodes ran nearly 40 years ago, so it’s hardly surprising that perhaps Revell felt that bigging up the crime-buster pair on a new box wasn’t much of a come-on for younger buyers.

Having said that, Starsky and Hutch is still in syndication, and appears from time to time around the world. So keeping the bold white stripes should appeal to lovers of this classic TV crime series.

Thanks to Revell-Germany for the review kit.
Email ThisBlogThis!Share to TwitterShare to FacebookShare to Pinterest
Labels: Ford Torino, Starsky and Hutch
Newer Post Older Post Home