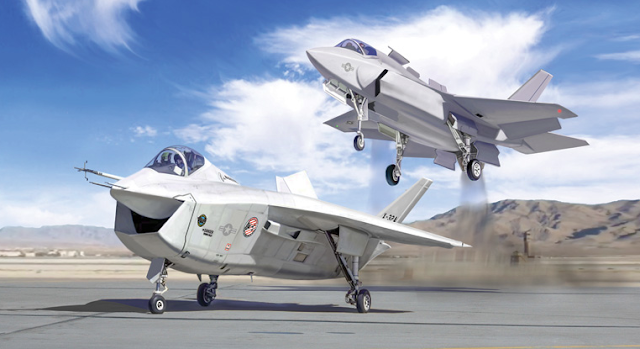 ITALERI HAS RELEASED AN INTERESTING double-kit, with two 1:72 scale experimental aircraft of the 1990s, issued together in a single box.

Neither kit is new from Italeri, but releasing both in the same box adds a sense of perspective and scale, not least because JSF was held long enough ago to make these aircraft of historical interest. 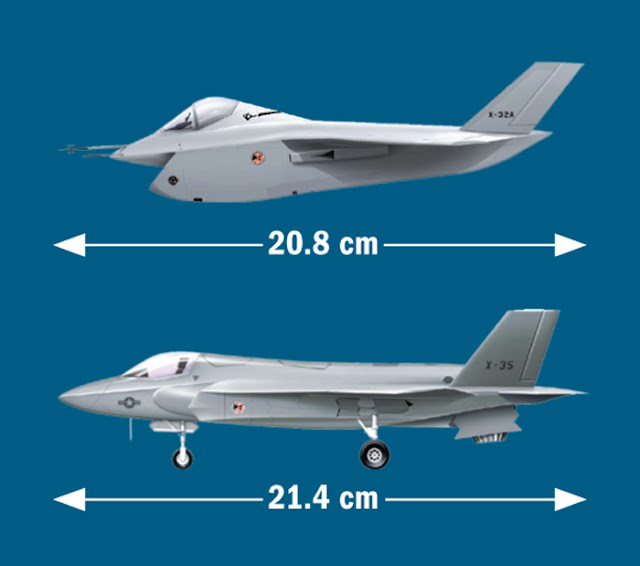 Parts for the X-32 (below) include a one-piece moulding for the upper fuselage and wings. It means there'll be no opportunity for misalignment or ugly seams. The X-35B kit does the same. 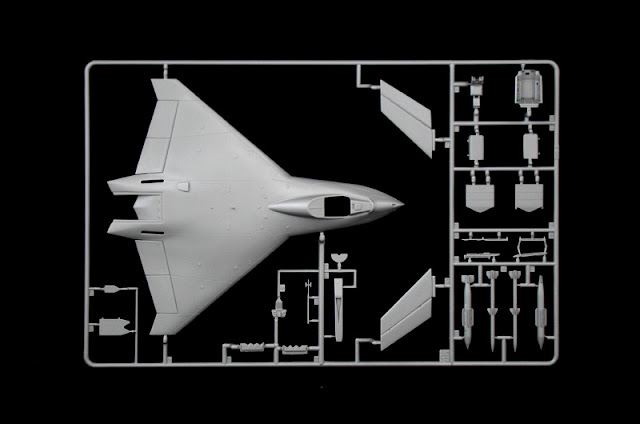 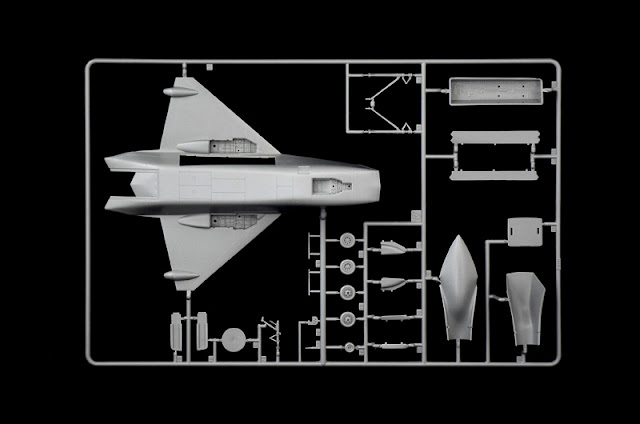 Components for the X-35B (below) are neatly laid out on the runners. Note the dorsal fan and housing, used by this vertical-lift 'B' version. 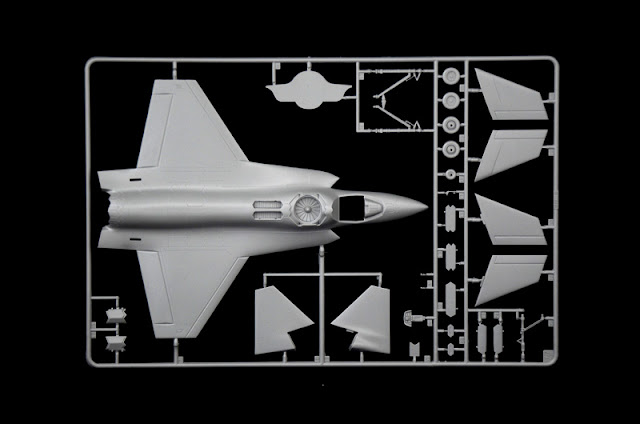 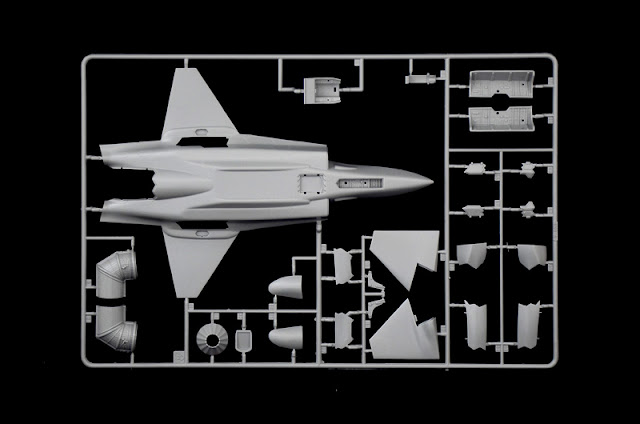 Decal sets for both planes (below) are nicely printed. 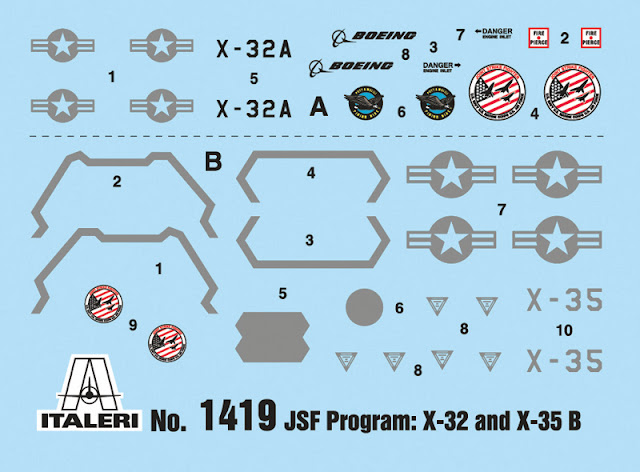 The X-32 mockup (below, front) lined up next to a Boeing Hornet. Note that by this stage, the X-32 had grown a pair of tailplanes, perhaps to achieve the necessary angle of attack for proposed naval operations. 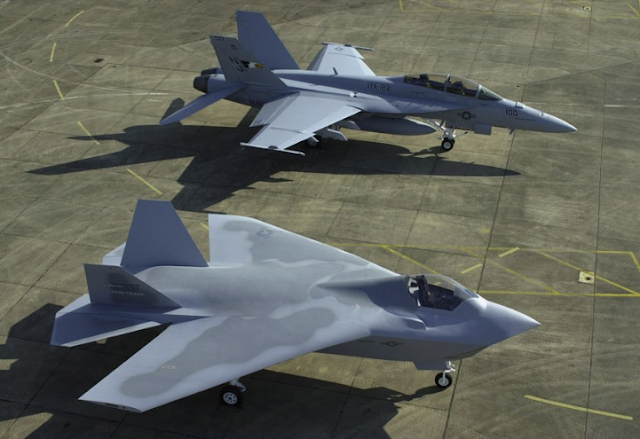 About the X-32 and X-35B
During the 1990s, the US Department of Defense launched the JSF (Joint Strike Fighter) contest to assign the production of a new 5th generation multi-role combat aircraft. Boeing produced the X-32 demonstrator, which competed with the Lockheed Martin X-35.

The Boeing X-32 had a one-piece carbon fibre composite delta wing, and a chin scoop to feed the single engine. The X-35 borrowed technology from the F-22 Raptor, and had relatively conventional looks.

The X-35 won the JSF competition, and has since been developed into the F-35 Lightning II. It is now entering service with various military force around the world.

Click here for a detailed X-32 build review over at Modeling Madness.