FORD AIMS TO LEAVE CAR PRODUCTION, BUT HAS A GLORIOUS RETRO PAST, REFLECTED IN THESE TWO KITS 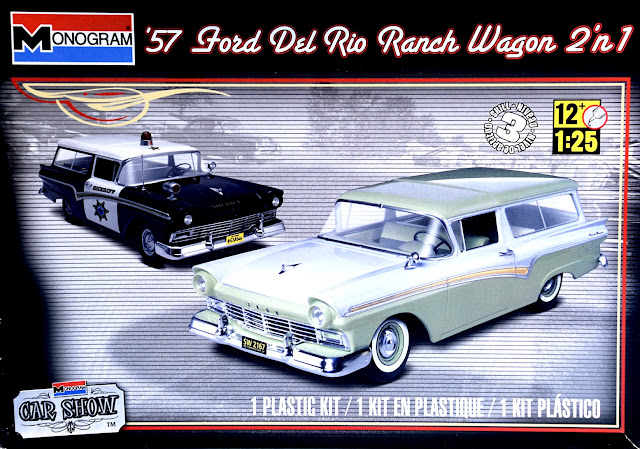 NEWS THIS WEEK reveals that Ford will be selling mostly SUVs and trucks in a few years time. The plans make two recent car kits of special interest.


SMN report: The 1:25 scale Monogram Del Rio Ranch Wagon and Revell Gasser represent an era when Ford and other US majors were riding high, with chrome and fins being key styling features, and imported cars barely on the horizon. It was decades before the current SUV (Sport Utility Vehicle) was even thought of - but mega-popular SUVs and trucks now represent Ford's future direction.

So, tracking back more than 60 years, the Ford Del Rio Ranch Wagon was a key purchase for many Americans, and here we have two kits to build. The Monogram and Revell cars are basically the same kit, though with extra options to differentiate them. Here’s a quick roundup of both, the box side panel (below) showing the Monogram kit.

The tooling is recent, as of a year or so ago, and this particular version of the 1957 Ford hasn’t been kitted before. Of course, the ’57 Chevy is another matter, having appeared in loads of different guises.

The Del Rio and Gasser have features common with many recent car kits - a fully detailed chassis and engine, a multi-piece interior to make painting easier, and a standard one-piece body.

The Monogram-label kit can be built stock or as a police car. The differences build-wise for the latter being the inclusion of a police radio for the interior, plus lights and sirens for the exterior. The decal sheet provides a wide variety of markings. For the stock option, decals are included for the interior door panels and seats.

Decal sheet for the Monogram Ford Del Rio (below). The rectangular markings (upper left) are for the interior door panels and seats. 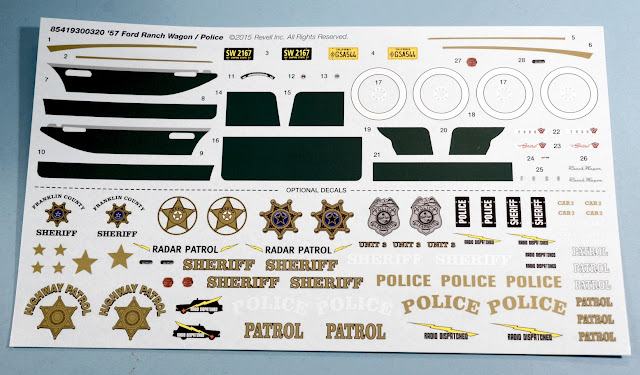 The Revell-label ’57 Ford Gasser also allows a stock build, but this time the options include the much more interesting ‘Hypersonic Chariot’ drag racer. Gassers were so-named as they ran on conventional gasoline, rather than one of the more exotic fuels available for specialist racing machines.

Extras for the drag racer version include components for the engine, a raised front axle, and traction bars for the rear. These, plus a roll bar for the interior, race-style steering wheel and gauges, drag slicks, and mag wheels all round complete the appealing lineup. There are also two variations on the decal sheet. 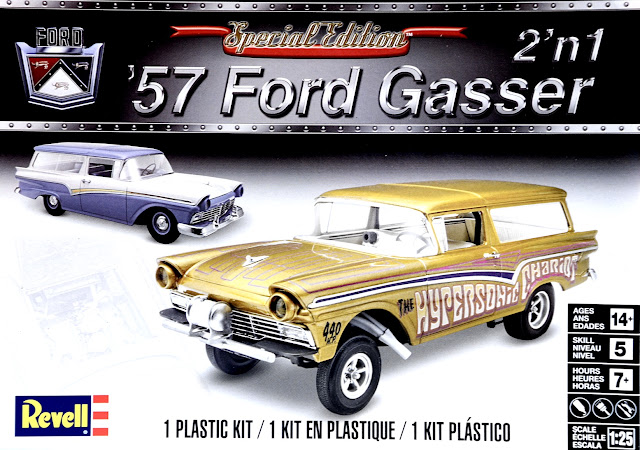 Decal sheet for the Revell Ford Gasser (below). Only small details are for the stock build, most are for the two drag car variations. 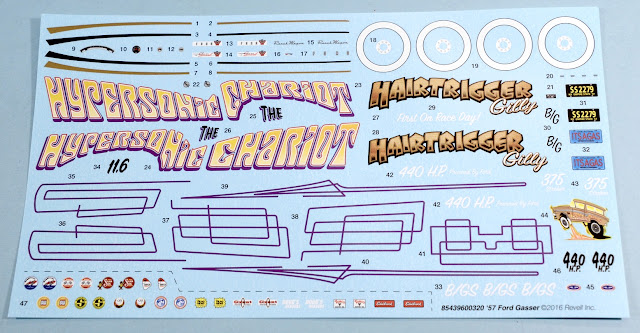 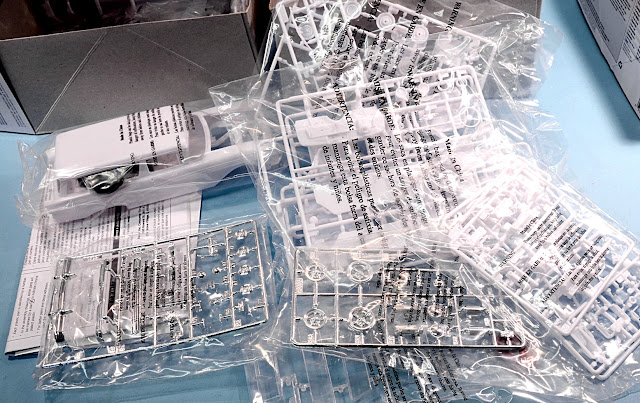 Summation
Two kits that pack a lot of detail, and plenty of parts in their boxes. In light of Ford’s plans to drop most standard US car production, they represent more than just a piece of retro interest.

Thanks to Revell-Monogram for the review kits.