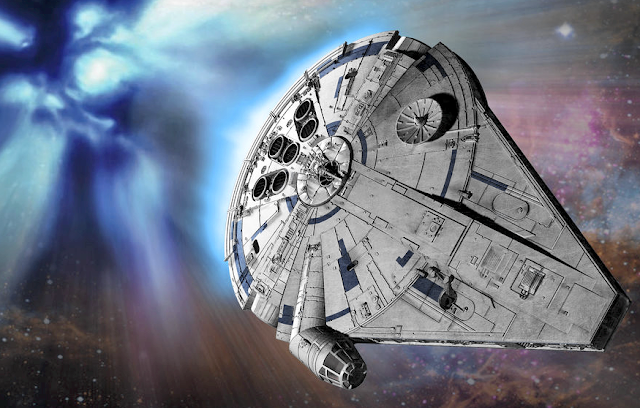 
SMN report: We plan to see Solo ASAP, but for now let's look at the latest kits from Revell, released to match the movie. First off (below) we have the Millennium Falcon flown by Han Solo. With this kit, Revell goes back in time with a *sorta* match the box size, at 1:164 scale.

That's certainly an oddity as scales go, but the simple-to-build model should look OK as a stand-alone display piece. The included lights and sounds will certainly add interest on the display shelf, and even at the small scale it's still 235 mm (9 in) long when assembled. 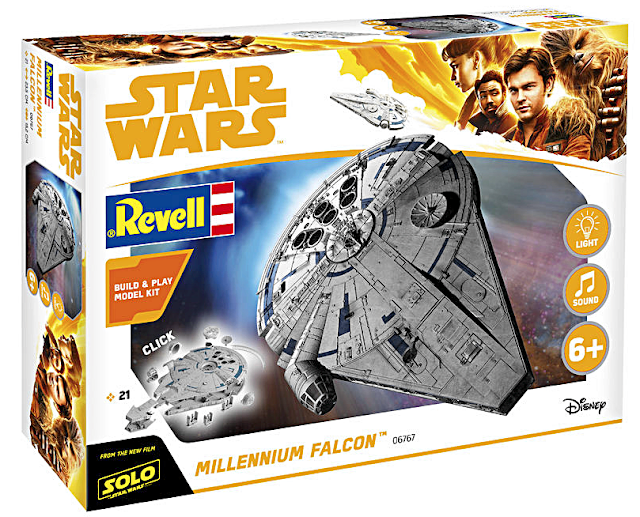 The simple construction of this 21-part kit is not necessarily a bad thing, though as the pix show, some careful TLC with super-detailing skills could easily transform the toy-like model into a convincing starship miniature. 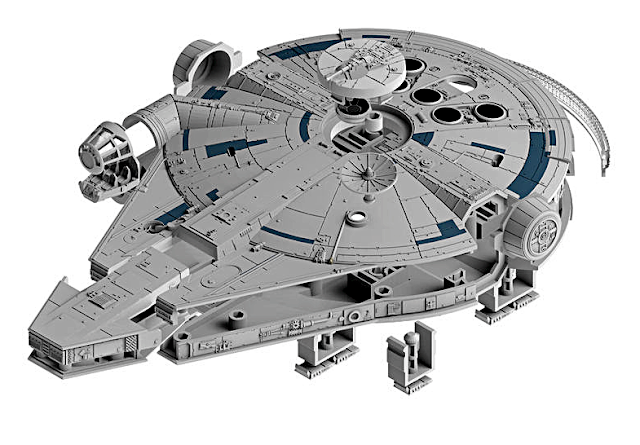 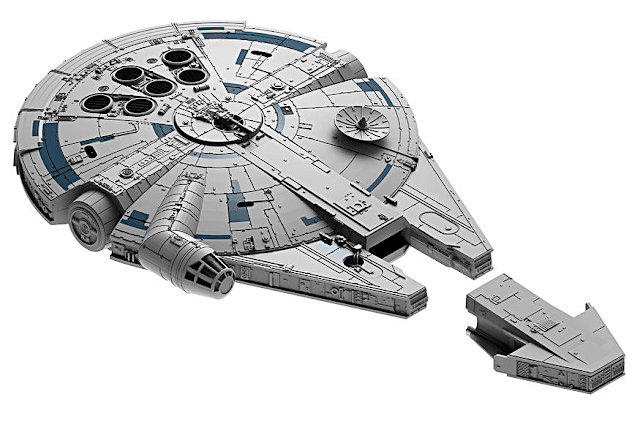 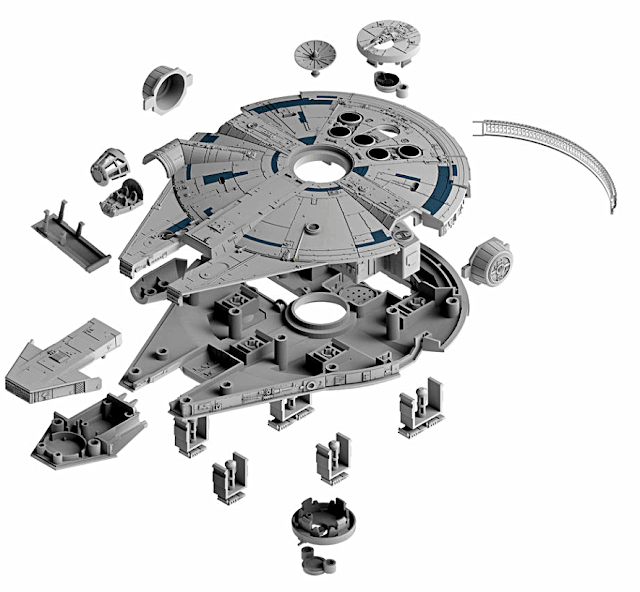 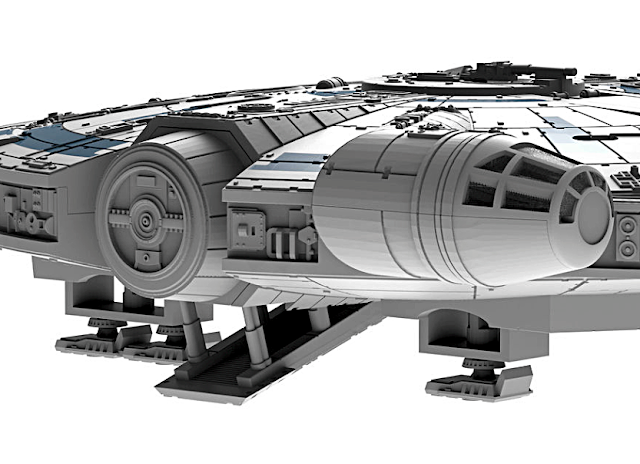 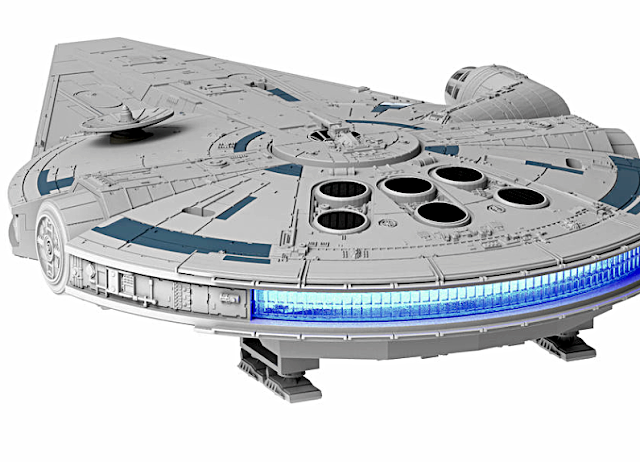 Also released is the coffin-like single-seat Imperial Patrol Speeder (below). Again, it's been cast to an odd scale, this time 1:28. However, that size could co-exist (with a few misgivings) with standard 1:32 scale, so no problem there. Revell has included not one, but two IPS machines in the box, complete with riders. Each is a decent size when assembled, some 186 mm (7 in) long.

Or, howzabout putting them into some sort of steampunkish fantasy group that includes the same-scale 1:28 scale Revell Fokker Triplane that Mat Irvine looked at recently? 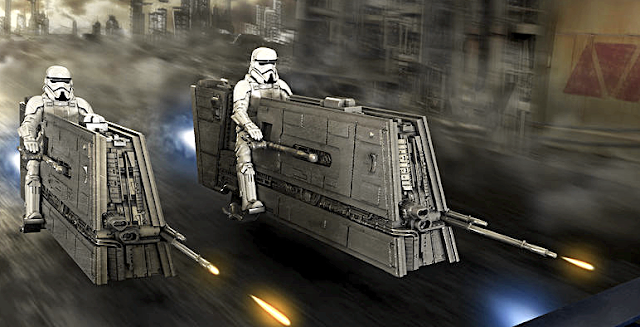 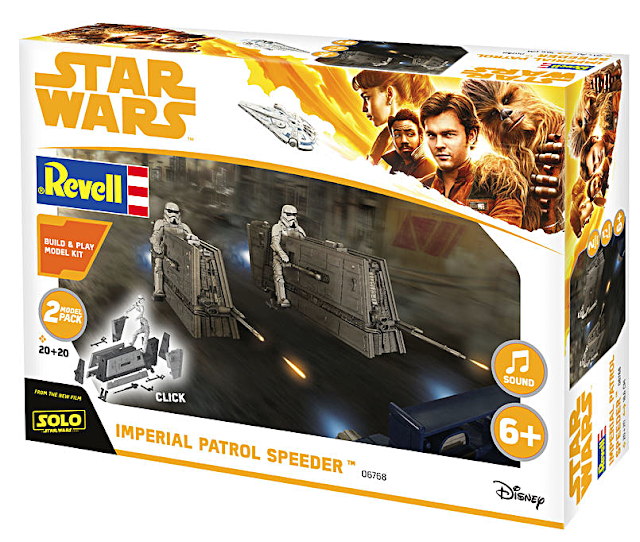 Finally, and also to 1:28 scale, there's the 29-part Han's Speeder (below), which is a boxy device used by Solo in his tearaway years. It's a very different design to previous Speeders in the movie series, so must be worth having for this alone. Again, it could sit nicely with other models in a 1:32 scale collection. Like the Millennium Falcon, the Speeder comes with light and sound effects. 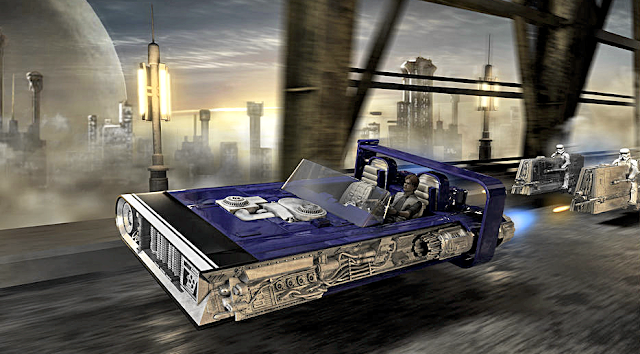 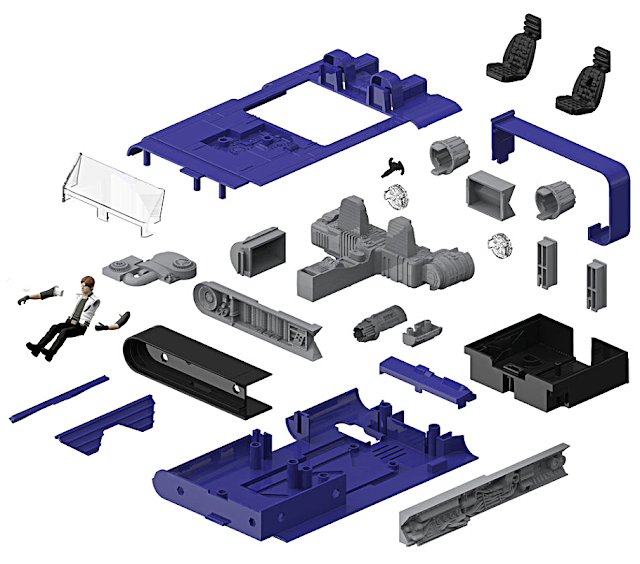 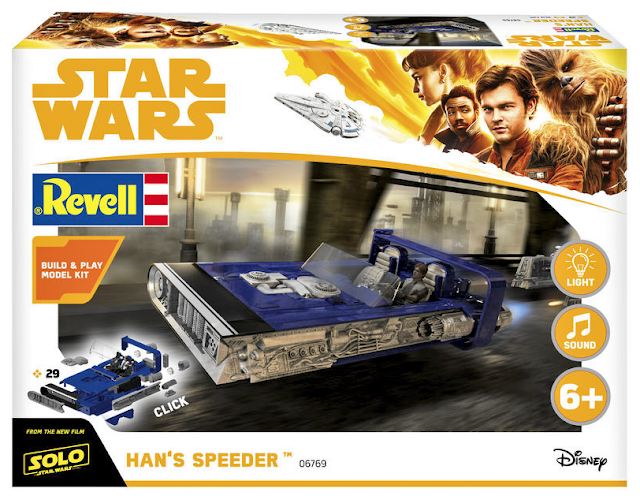 And here are two highly watchable YouTube clips for Solo. We're looking forward to seeing the movie on the big screen.