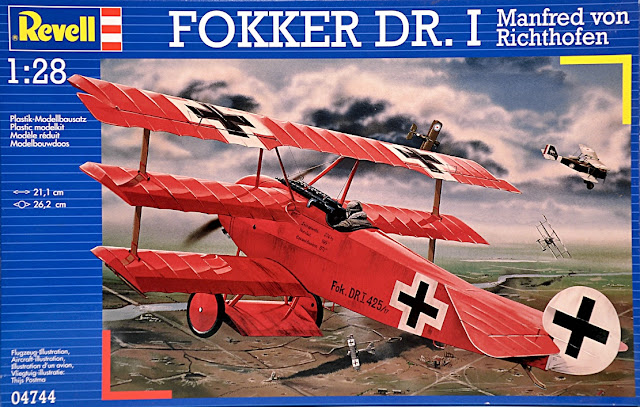 
Mat Irvine: Last month saw the centenary of the death of Baron Manfred von Richthofen, better known as the ‘Red Baron.’ He was probably the best-known German fighter ace of World War I, and highly respected by friend and foe alike. When he was eventually shot down and killed on April 21, 1918, he was given a hero’s burial and a guard of honour by the British.

The parts you get in the box (below). They are moulded in red, of course. 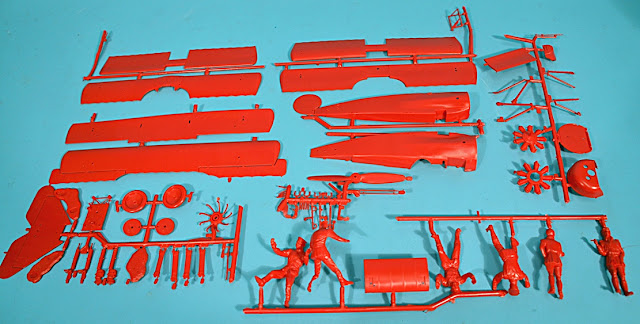 Von Richthofen flew a number of different aircraft during the War, but very early on he established bright red as the signature colour for his aircraft, and this followed through to his most famous fighting machine, the ‘dreidekker’ (three-wing) Fokker Dr.1 Triplane.

So far as models go, the Revell Fokker Triplane dates from 1957, so is one of the earliest of the US company’s kits. It was made to the somewhat odd 1:28 scale, but this was from a time when kits were sized to fit the box, not made to constant scale. However the Triplane could be close enough to 1:25 or 1:24 for diorama purposes, unless you are an absolute purist.

This is not a brand new reissue by Revell-Germany, but the kit is still generally available and, considering its age, has survived remarkably well. There are a lot of details, including the nine-cylinder radial engine, pilot seat and controls, and machine guns. A reel of thread is also included so the wheel structure and three wings can be rigged for simulated wiring.

Instructions and decals (below) plus a reel of rigging thread. 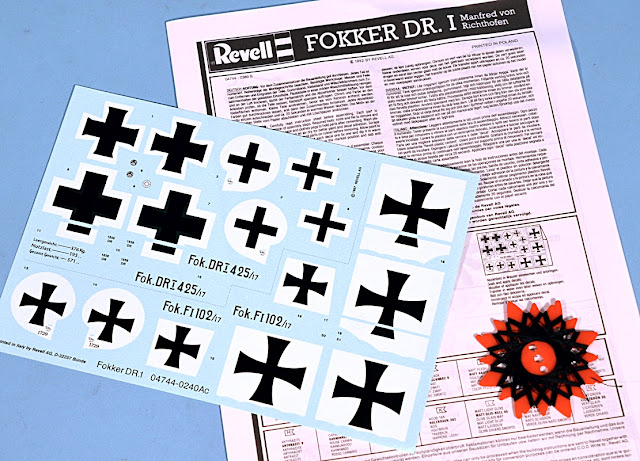 Three figures (below) are also in the kit. These include the Red Baron himself and two ground crew.

The original Revell box (below) from 1957. Click here to read about box artists. 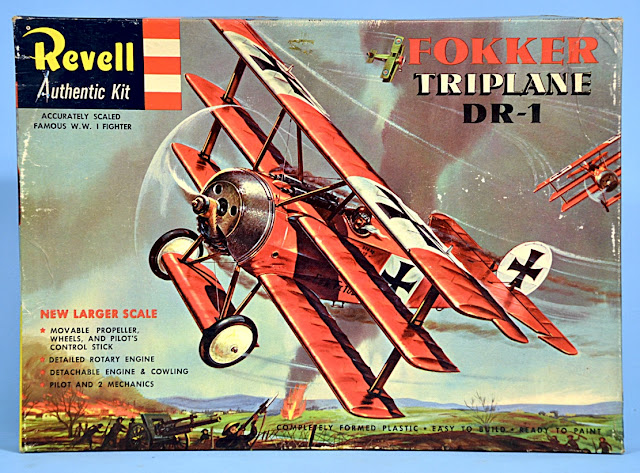 Note: Quite coincidentally, a replica Fokker Triplane (below) flew over my home while I was preparing this piece! Unfortunately, it was not painted in the red markings of the Red Baron. 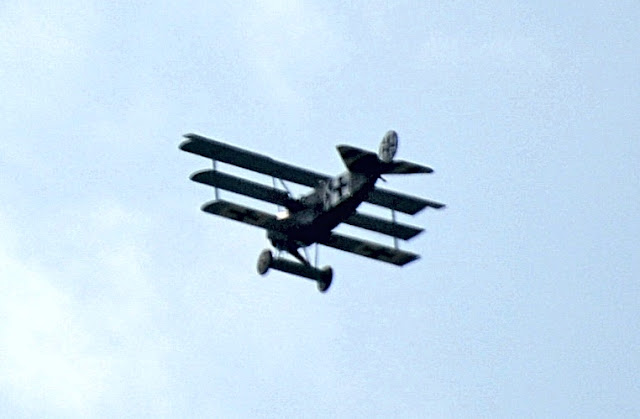 And here’s a replica Triplane (below) parked on the flight line at the ILA (Berlin Air Show). Pic courtesy photographer, Oliver Thiele. Von Richtofen scored the last 19 of his 80 air combat victories while flying the Fokker Triplane. 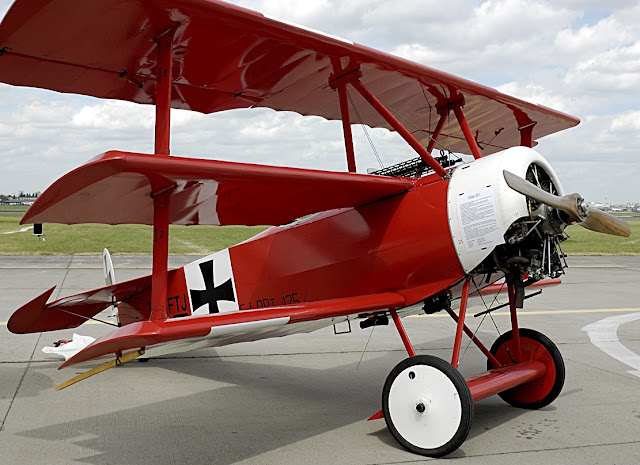 “Curse you Red Baron…!” as Snoopy (below) was heard to remark… 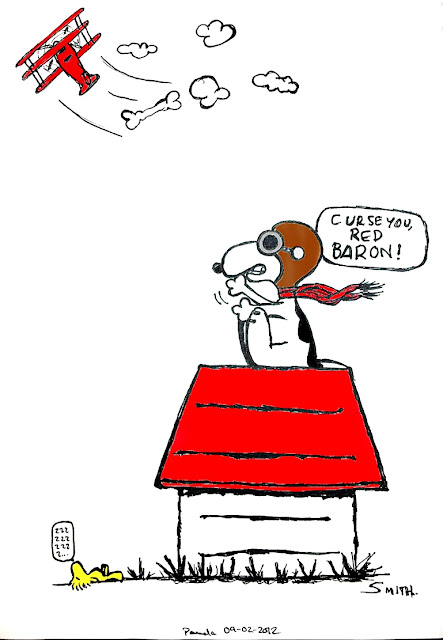