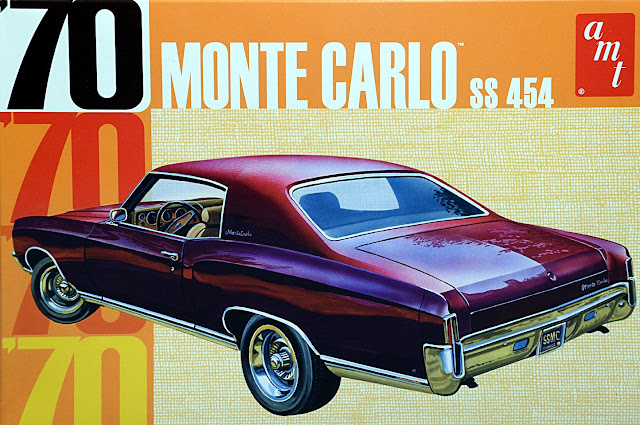 AT FIRST GLANCE this attractive model could be a reissue of the 1:25 scale Chevrolet Monte Carlo kit released by AMT in 1970.


Mat Irvine: Actually, this Chevrolet Monte Carlo is a newer kit, or at least, ‘newer’ as in it’s from the mid-1990s. The original kit from 1970 was available as a standard ‘annual’, with detailing parts and ‘build one of three ways’ - stock, custom or competition. There was also a ‘Motor City Stocker’ version, a series which were basically unassembled promotionals. But both had then-standard one-piece chassis, and limited underhood detail, so in later years some of these annuals were retooled to incorporate new levels of detail.

This occurred with the 1962 Ford Thunderbird, particularly as the tooling for the original Annual kit had been updated to the later years, and now with this 1970 Monte Carlo. Now you get a fully detailed engine bay and a fully detailed chassis with separate parts for the front and rear axles, and twin exhaust system - all lacking in the earlier kits. However the interior is now multi-piece, unlike the earlier one-piece ‘tub’, as the separate door panels and seats, does make for easier painting.

But unlike the early Annual kits, this is purely a ‘build one way’ model, that way being stock. So here the build more or less matched the box-art, with the exterior being sprayed deep red, in this case Humbrol Crimson 20. The interior ended up in shades of tan, with ‘wood grain’ for the dashboard. Oddly, no separate decals are supplied for the prominent dials and radio.

The Monte Carlo is from the 1970s, so there is a fair amount of exterior chrome. For this, I used BareMetal Foil chrome for the glass surrounds and wheel arches, while BareMetal Foil aluminum simulated the full-length rocker panels.

The 102 parts (below) are nicely moulded. Note the one-piece bodyshell. 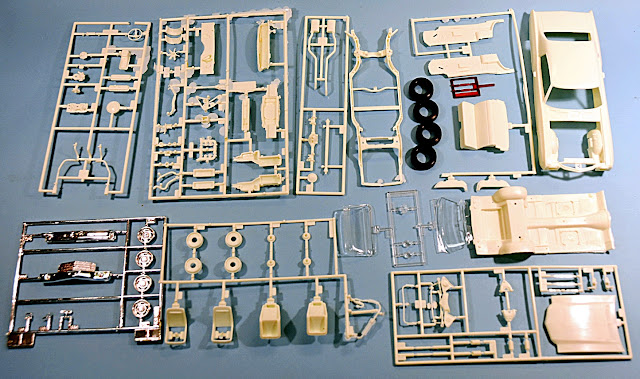 The completed Monte Carlo (below) set in a mini-diorama, which I based on Italeri components I had on store.

The Monte Carlo (below) against the box side panel, which depicts an alternative colour scheme. 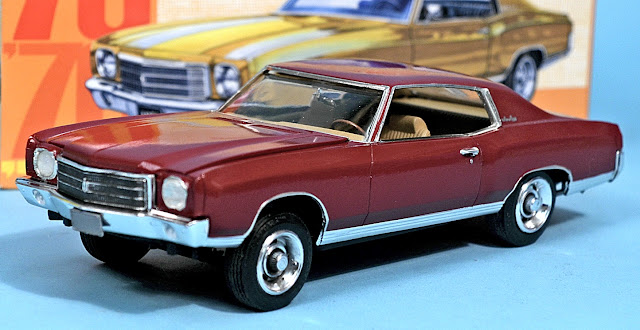 Under the hood (below) shows that you get more detail than would have been included in an Annual kit from the 1970s. 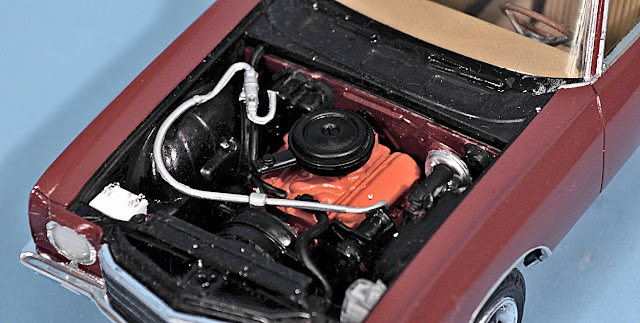 The underside (below) is very nicely done, and comes complete with a complete exhaust system. 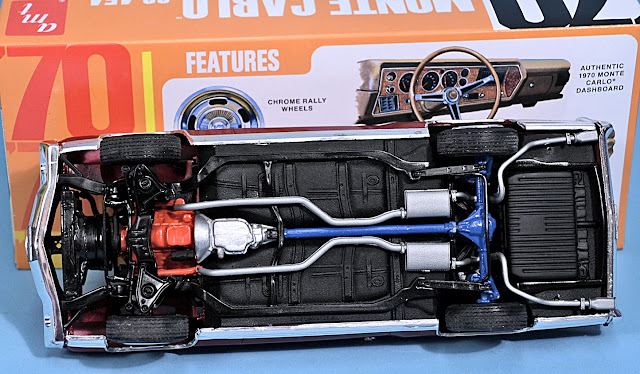 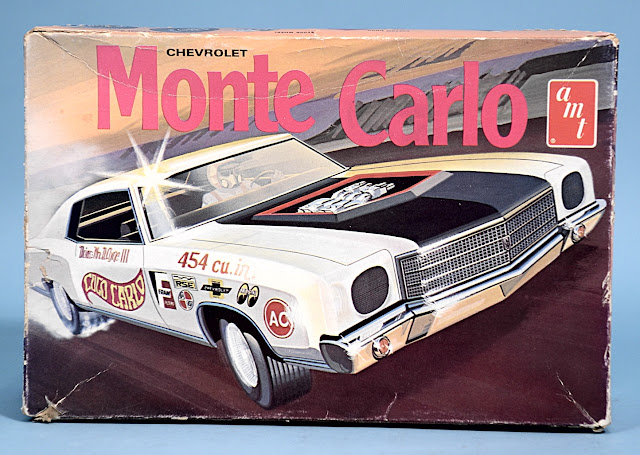 A slight oddity is that the new box-art mimics the 1970 style (below) here photographed with a genuine example of the 1970 Oldsmobile Toronado. The actual 1970 box (above) doesn’t have this design. 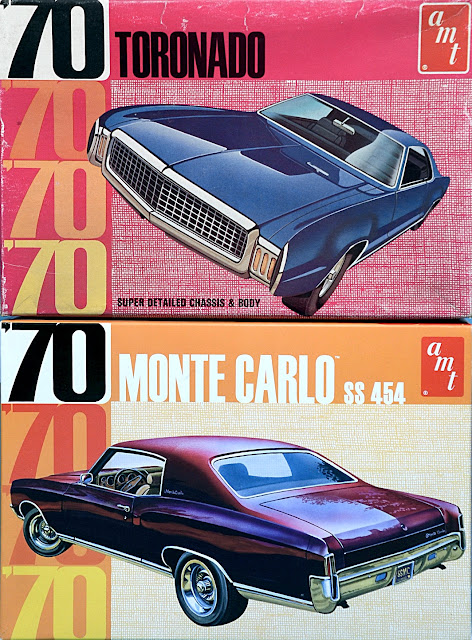