HITLER'S FLYING SAUCERS FIGHT ON IN A POST-WAR FICTIONAL WORLD

NOT CONTENT WITH making Star Wars kits from 'a long time ago', Revell now journeys to another fictional past with the 1:72 scale Haunebu II. The kit is an absolute must for all Luftwaffe 1946 fans.


SMN report: What if World War II hadn't ended in 1945? What if Hitler's forces had gone on fighting? What if the vaunted V-weapons had included ultra-speed flying saucers?

Questions like these make the what-if world of Luft 46 an endlessly fascinating subject. And that makes this latest kit from Revell all the more of a must-have for sci-fi and fantasy fans. 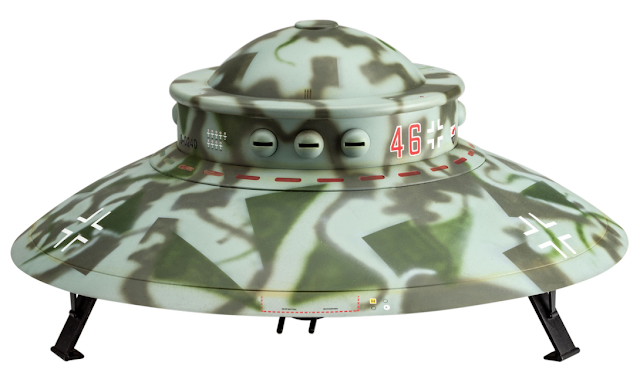 “Work began on this spherical aircraft in 1934. Its propulsion and the neutralisation of centrifugal forces inside the aircraft was achieved employing Vril energy fields.

“Airworthy prototypes of the Haunebu II with speeds of up to 6000 km/h first flew in mid-1943, but did not finish the flight test phase due to the effects of war.”

We like the sound of those Vril fields – definitely what's needed in the Cessna we fly from Oxford. 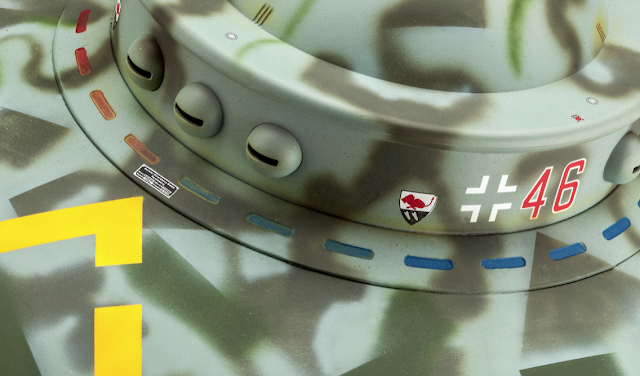 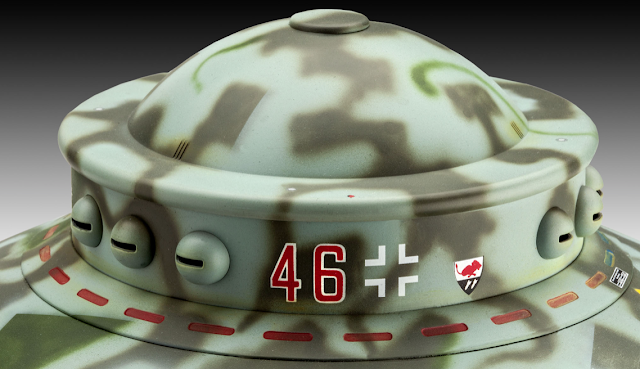 Nifty box art by Egbert KL Friedl depicts a pair of Haunebu saucers attacking a flight of Convair B-36 Peacemakers. This sets the timeline of the scene in or soon after 1948, as this was the earliest service entry date in our universe of the ‘six turning, four burning’ long-range bomber.

Mind you, it's likely that the atom bomb would have been used in Europe, as it had in Japan, and that would almost certainly have marked the end of hostilities. Still, this is fiction, not fact. 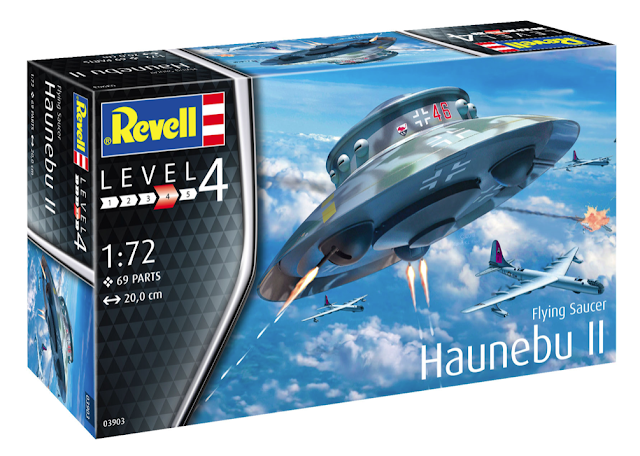 Summation
Definitely a kit for us; we're ready to build it as soon as possible.