STAND BY FOR MORE DOCTOR WHO with the latest in the long-running BBC TV sci-fi drama.

SMN report: Doctor Who is set to premiere in Autumn 2018, in a ten-episode series. This will be the 11th series to air following the concept’s revival in 2005, and the 37th season since 1963, when Doctor Who first hit the small screen.

This latest series will feature Jodie Whittaker as the 13th Doctor, an alien Time Lord who travels through time and space in her TARDIS. The series is set to include a Christmas 2018 special.

Jodie Whittaker has form in the science fiction scene, having appeared in the cult sci-fi movie Attack the Block and the Black Mirror episode The Entire History of You.

Jodie takes over from actor Peter Capaldi. In the 2017 Christmas special, Capaldi's 12th Doctor regenerated to become the first female Doctor. We await her performance with interest!

In the world of scale models, a current attraction is the Doctor Who Figurines Collection, on current release from partwork publisher Eaglemoss. There are dozens of figurines to buy, with more on the way.

In the words of Eaglemoss: “… Calling all 'Whovians,’ what are you waiting for? Take the trip of a lifetime and jump into our Doctor Who Collection. The Collection features the Doctor’s greatest enemies such as the classic Daleks, the Cybermen and the terrifying Weeping Angels! These Doctor Who Figurines have everything you need to travel the universe with the Timelord…”

Detailing is pretty good throughout, though there’s nothing to stop you tweaking each figurine to taste. The metallic resin Weeping Angel (below) stands just over 80 mm (3.25 in) tall, making it about 1:24 scale. 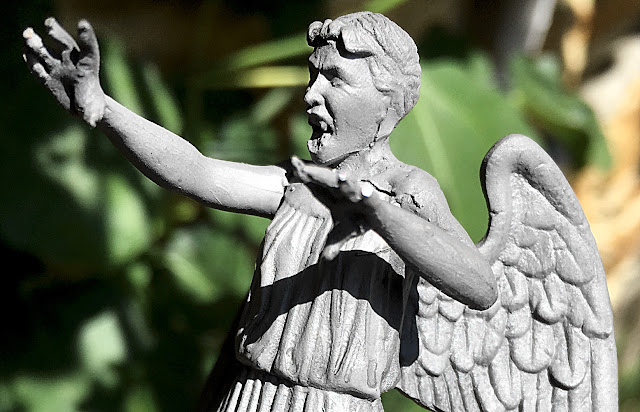 Here are some of the other figurines presently available. 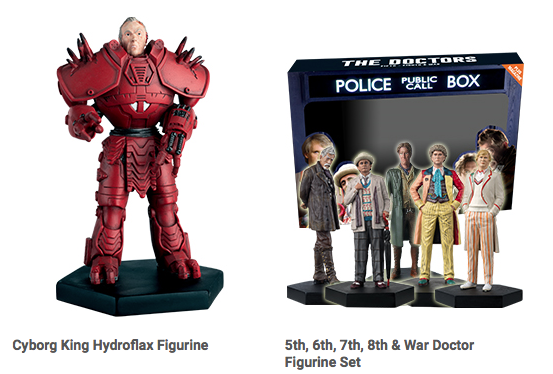 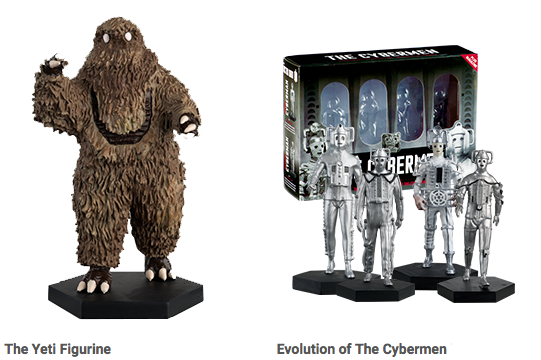 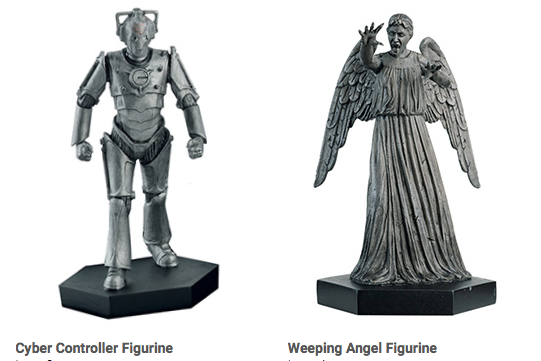 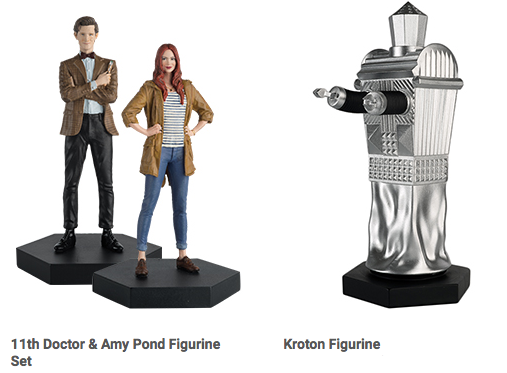 Click here to view the Doctor Who Figurines Collection