THE BRITISH COLUMBIA Aviation Museum is well worth a visit if you are on Vancouver Island, Canada.

“Museum activities include aircraft restoration to static or airworthy status, construction of engine displays, aircraft modeling, artefact maintenance, archive maintenance (aviation books, pictures and videos), and creation of memorials to aviation and the people who made it happen. We have plans to expand the museum by adding more space, and naturally adding more displays.

“We are open every day except Christmas and New Years.  We invite you to visit our gift shop, Memorial Room, and aircraft and artefact collection. Browse the museum on your own, or have one of our tour guides show you around.”

Just one thing: our car's satnav system delivered us to the air freight section of the nearby airport. So if you go, ignore your car's last-minute instructions, and watch very carefully for a right-hand turn just before you reach the airport.


There were hundreds of model aircraft on display throughout the BCAM. For this report we've shown you pix of the famed 1950s Canadian interceptor, the Avro CF-105 Arrow. 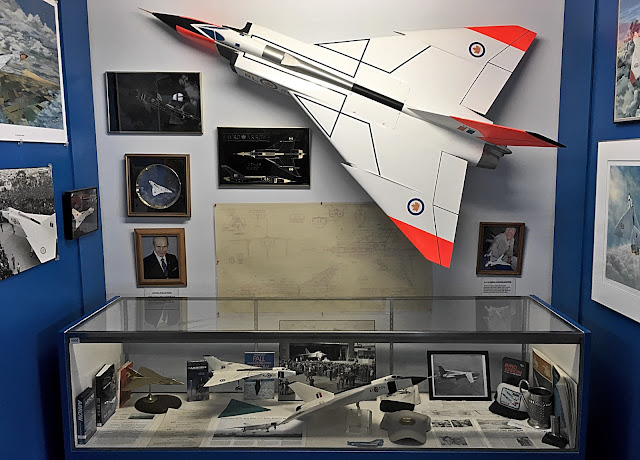 The Arrow resulted from design studies begun in 1953, with a rollout of the first Arrow Mk I, numbered RL 201, on October 4, 1957 - the same day as the launch of the world’s first artificial satellite, the Soviet Sputnik I.

In fact, the rapid development of rocket technology meant that the future of the traditional interceptor fighter was in doubt almost from the start. However, the Arrow suffered - like the advanced TSR-2 bomber in the UK - from a deadly mixture of politics and budget cuts.

The models in BCAM reflect the Arrow’s status in Canadian aviation circles, a brilliant concept that might have become a world leader. Private studies have since shown that the supersonic Arrow could have achieved Mach 3 speeds with more powerful engines. 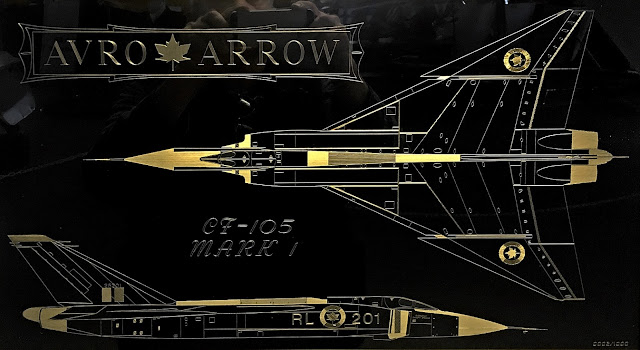 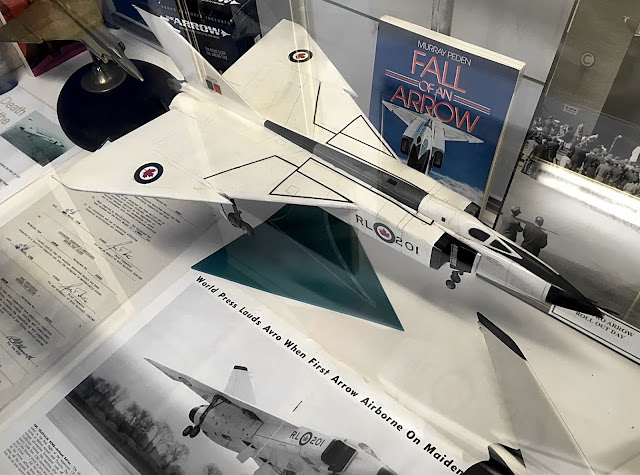 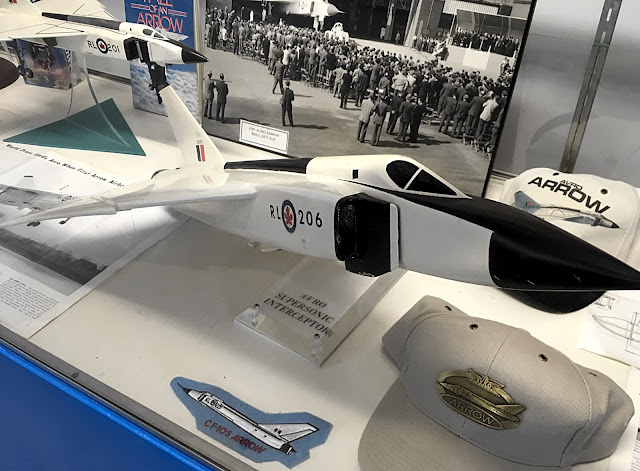 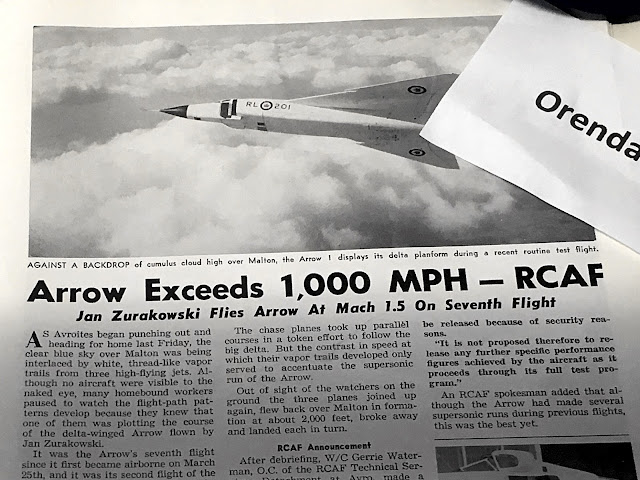 Rollout of the prototype Arrow was a big event (below), when even the hangar roof had its own population of observers. 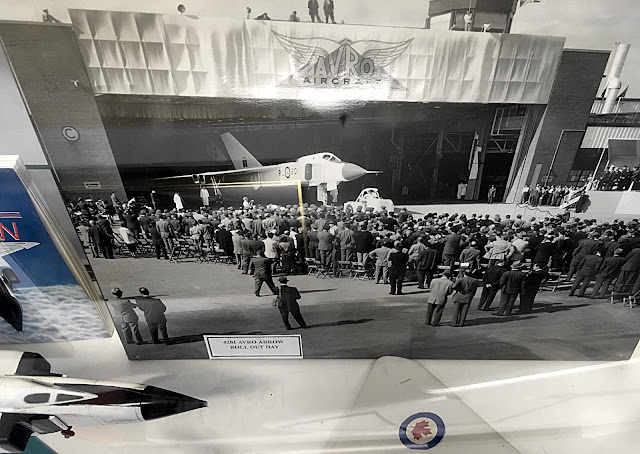 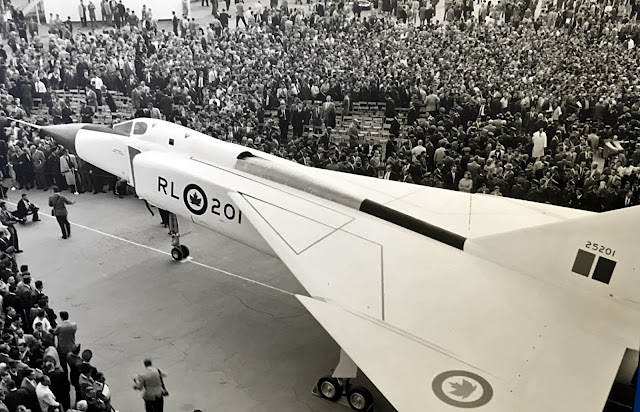 The fine image (below) is just one of BCAM's many pieces of wall art. 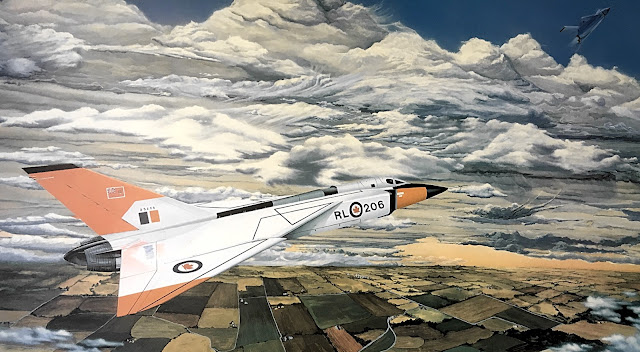 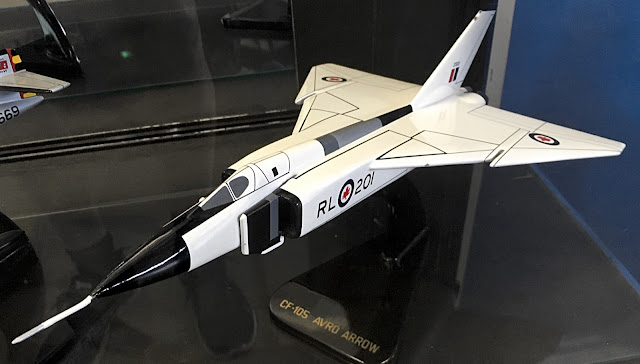 Avro Arrow model kits are currently few and far between. Hobbycraft has released kits in 1:72 (1987, plus a new-tool in 2012) and in 1:48 scale, but they are not currently available to buy from new.

However, we tracked down this 1:144 scale Miniwing kit from 1001 Model Kits, so click here to have a look.

What this beautiful bird needs is a major company like Airfix to get involved, and release a 1:72 or (even better!) a 1:48 scale model. Paired with a TSR-2, the two aircraft would make a proud but sad salute to the misdeeds of short-sighted politicians on both sides of the Atlantic Ocean.