WONDERFEST IS THE LARGEST science-fiction/fantasy/horror model show you are likely to visit. WonderFest shows off a galaxy of talent every summer in Kentucky.

Mat Irvine: I was invited to WonderFest back in 2012, courtesy of the CultTVman (otherwise known as Steve Iverson) and spent a fascinating weekend there. In June this year, I was in the area again, and asked the organisers, “Do you want another guest…?”

The answer was “Yes, indeed” and so I was lucky enough to visit my second WonderFest. I even made it (below) to the names-list on the T-shirt! 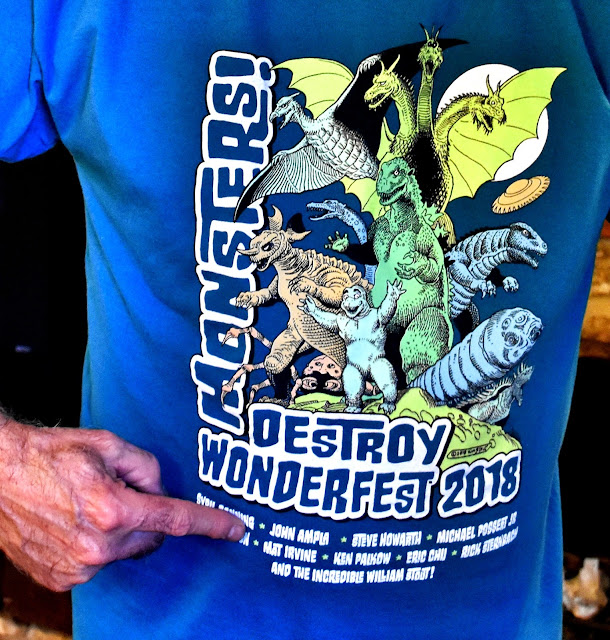 The WonderFest online blurb describes the show as: "...a weekend of hobby escape that’s held every Summer in Louisville, Kentucky USA!

"Now in its 30th year, WonderFest features movie special effects guests, the largest model contest in the US for sci-fi, horror and comics-related subjects, model and toy dealers galore, and seminars to entertain and improve hobbyists of all ages!"

Here is just a glimpse of some of the excellent entries on display, though unfortunately I don’t have individual names.

The general views of the competition room (below) show the vast number of entries on display. 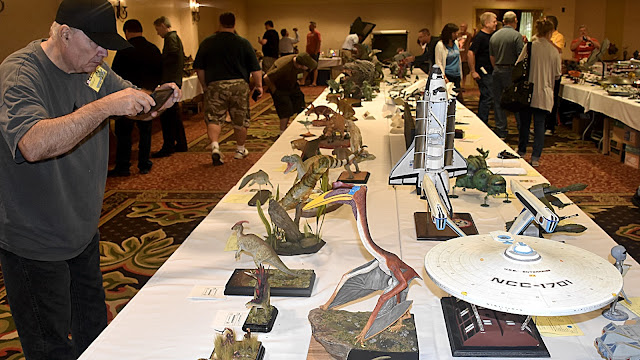 Fine Scale Modeler magazine was there (below) with senior editor Aaron Skinner facing the camera. 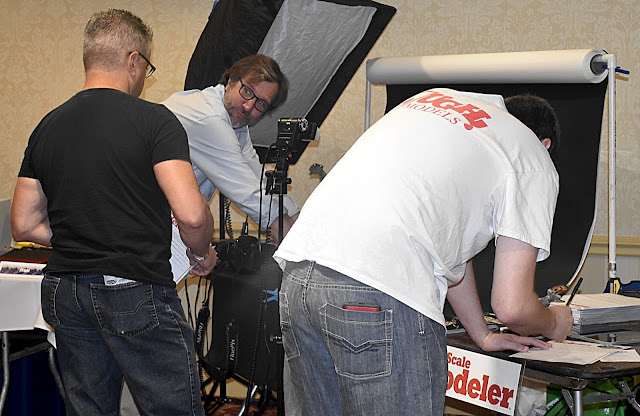 A neat diorama (below) of a scene from a never-made Abbott and Costello movie, built as if it was a Marx Play Set. 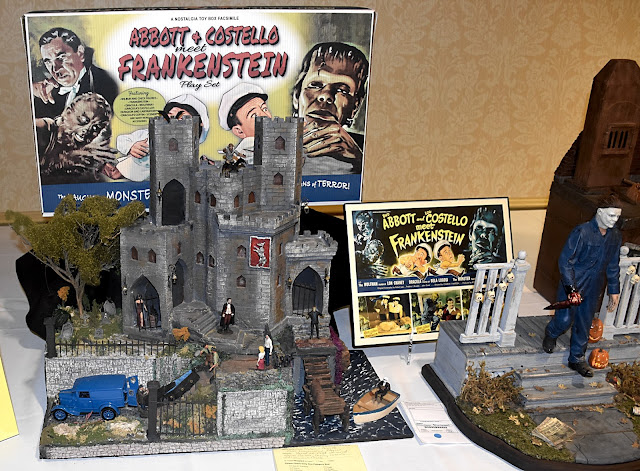 The British were at the show, well, three of those seen on this display table (below). Most obvious is the familiar Tardis from Doctor Who, but there’s also the Lotus Esprit submarine car from the James Bond film The Spy Who Loved Me, and Han Solo’s M-68 Landspeeder from Solo, a movie made largely in the UK. 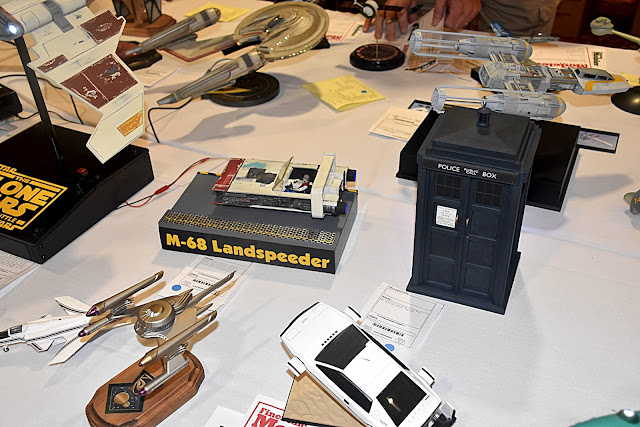 The Moebius Discovery from the classic movie 2001: A Space Odyssey (below) has added EVA pods, aftermarket kits from the CultTVman store.

Another BBC science-fiction subject (below) is the Starbug from the comedy TV series Red Dwarf. 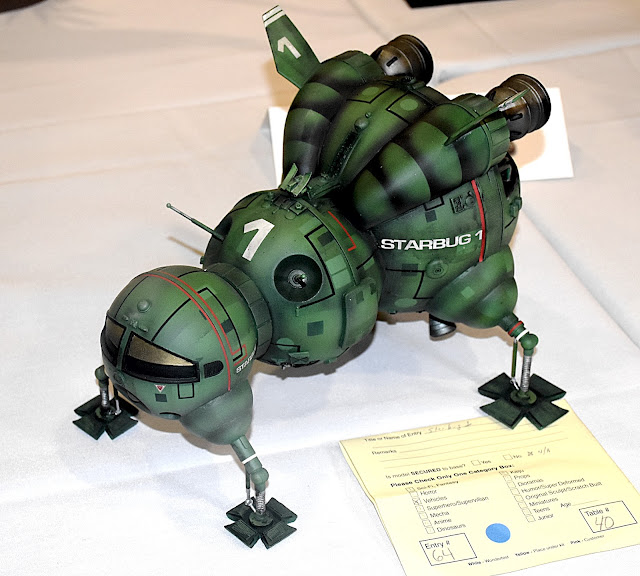 A Star Trek shuttle (below) envisaged as if built by Boeing. Interestingly, this one is named Shackleton.

If you are going to travel to the stars, best do it in style with the Fibonacci Class Interstellar Cruiser (below). The elegant 'luxury yacht' has a pool and other comforts for up to 14 pampered guests. 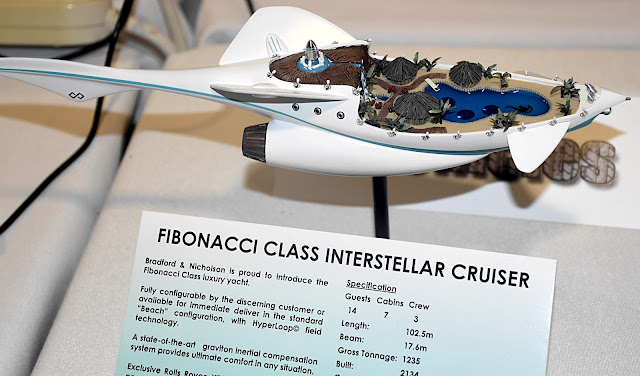 The Sealab III (Aurora model below) was an experimental underwater habitat of the late 1960s. The Aurora kit is rarely seen in any form, let alone fully assembled and finished. This model was apparently restored from a garage sale find. 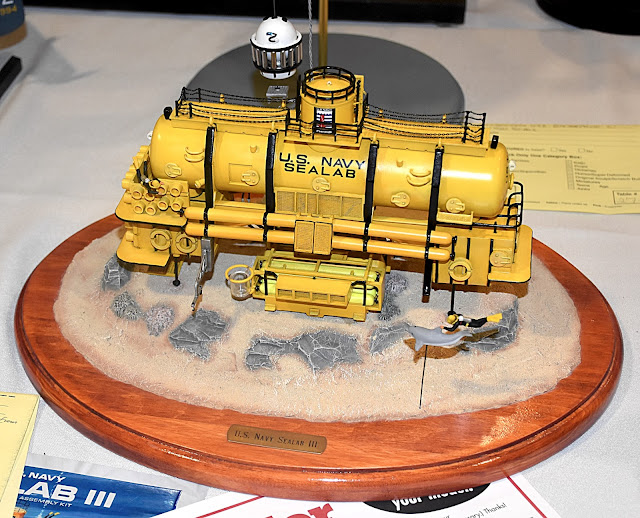 The Pegasus Hobbies Nautilus (below) as featured in the Jules Verne novel 20,000 Leagues under the Sea. The kit is already pretty detailed, this model even more so. 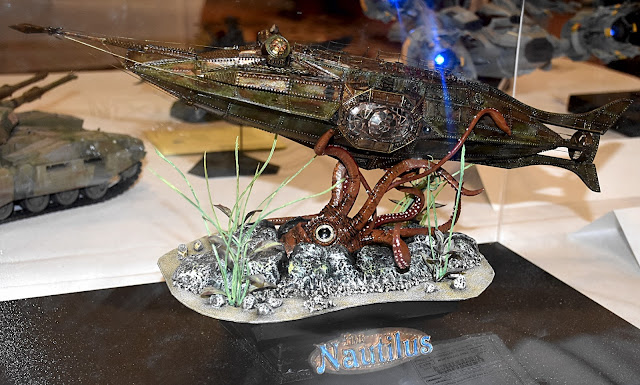 A selection of science-fiction/fantasy/horror figures (below) sourced from a mix of commercial kits, resin garage kits, and by the look of it, a significant amount of scratch-building. 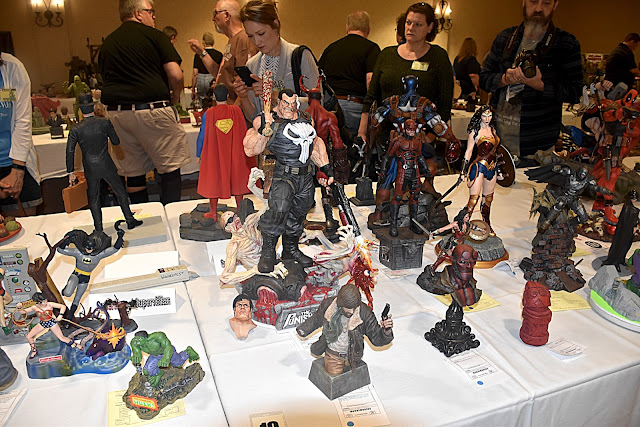 Famous (infamous?) creatures (middle below) from the 1957 science-fiction movie Invasion of the Saucer Men. These are modified Billiken kits. 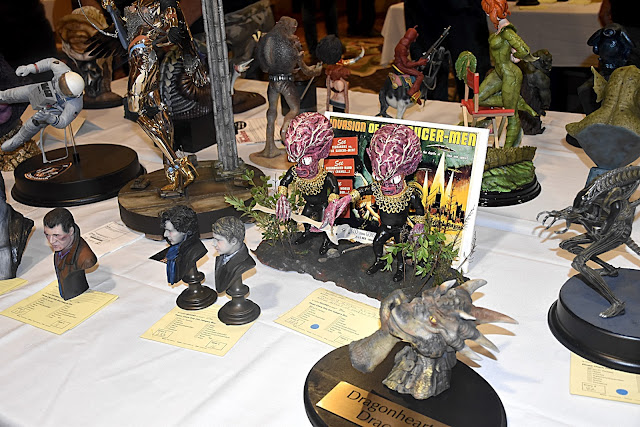 There were some factual-space subjects (below) mixed in with the fiction, here a modified 1:6 scale Revell kit. It depicts an astronaut, performing an EVA for the Gemini XI mission of 1966. 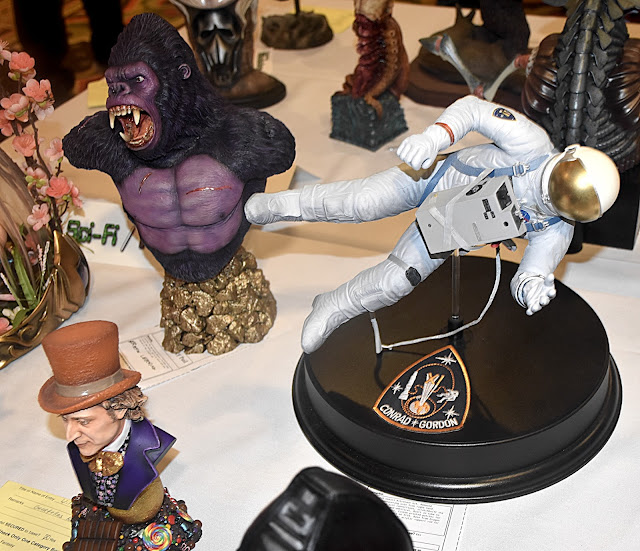 Another British subject (below) features a World War II Dalek from the Matt Smith story Victory of the Daleks. Intriguingly, the base is signed by actor Ian McNeice, who played Winston Churchill in this story. 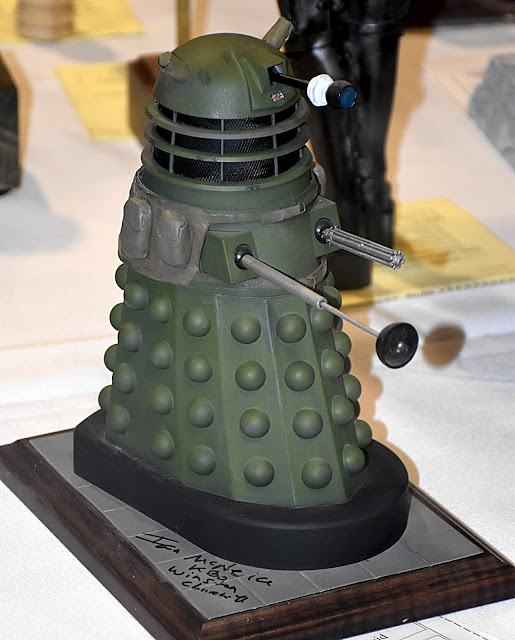 Even monsters (below) need to tell the time... 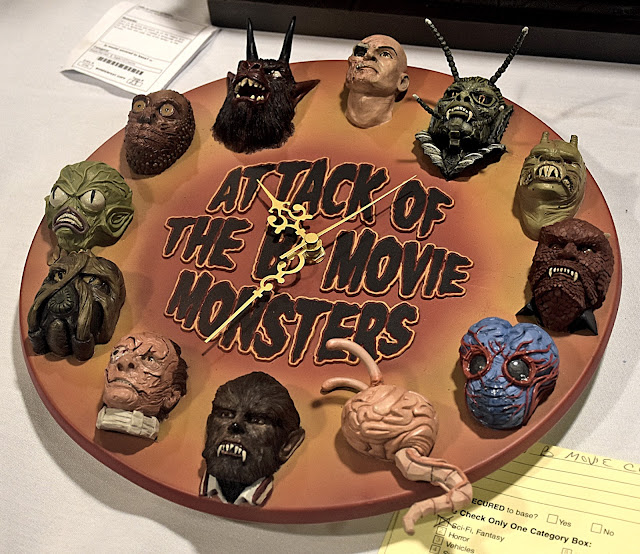 Entries at Wonderfest are nothing if not an eclectic mix (below). Here a nicely weathered case contains a full 'Vampire Killing Kit' of equipment, necessary for the budding vampire destroyer. 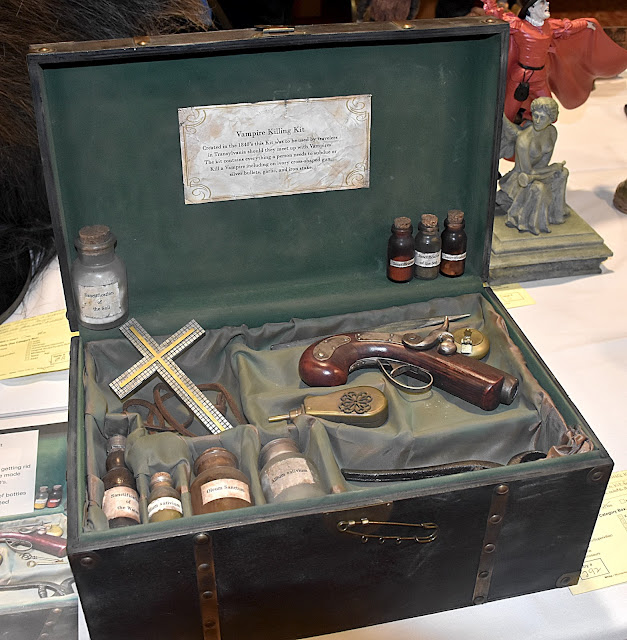 Nosferatu (below) is perhaps the most sinister vampire ever. 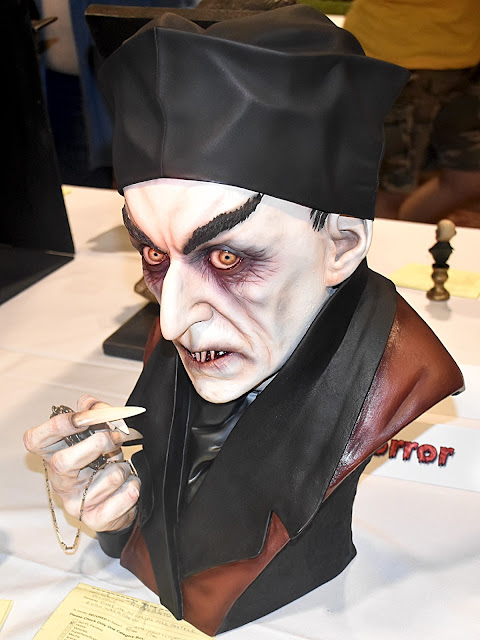 “He’s behind you…” Well, the boy (below) should keep an eye out for these sorts of things during Halloween. 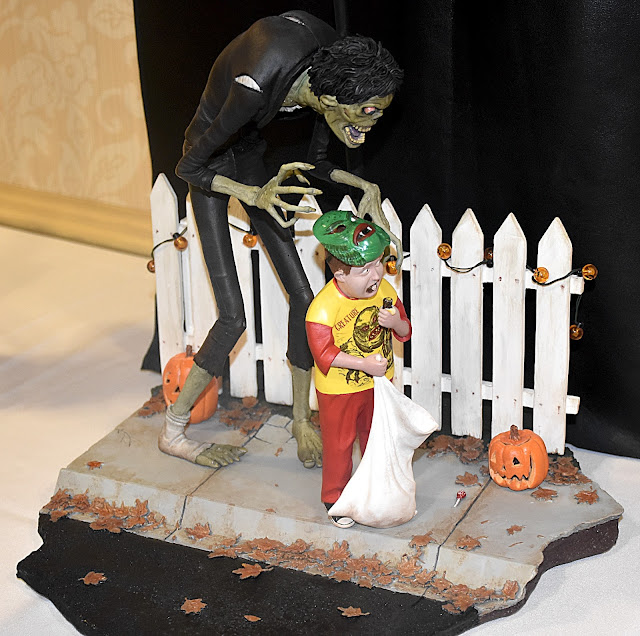 The cuddly bunny-wabbit (below) from The Twilight Zone. 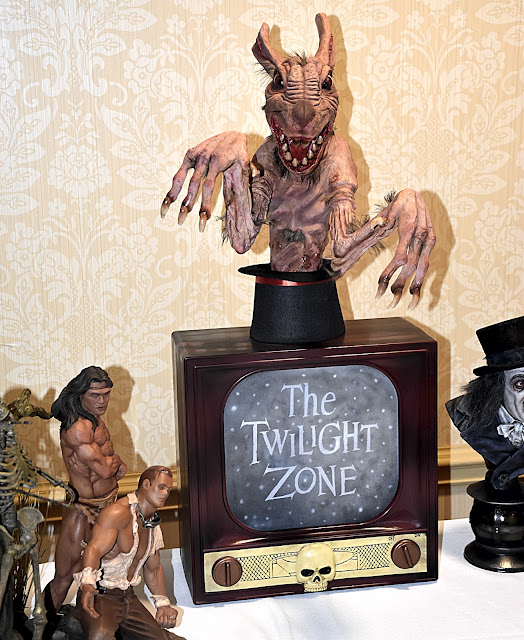 And here's the logo (below) and date for Wonderfest 2019. I hope to be there!