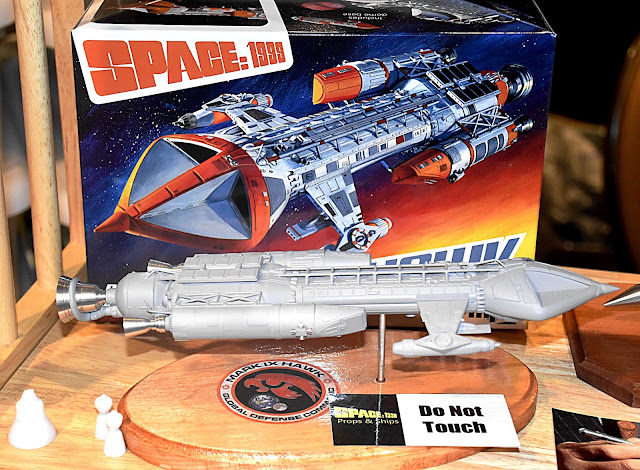 THE WONDERFEST SHOW IN KENTUCKY IS A MEGA-DRAW for fans of the linked genres of science-fiction, fantasy, and horror. Here we look at models coming from the Round 2 company.

Mat Irvine: I recently showed you the main WonderFest show. Now here's a close look at what new and upcoming kits are on the way from Round 2 (below). Note the company's monster kits on display – this was WonderFest, after all! 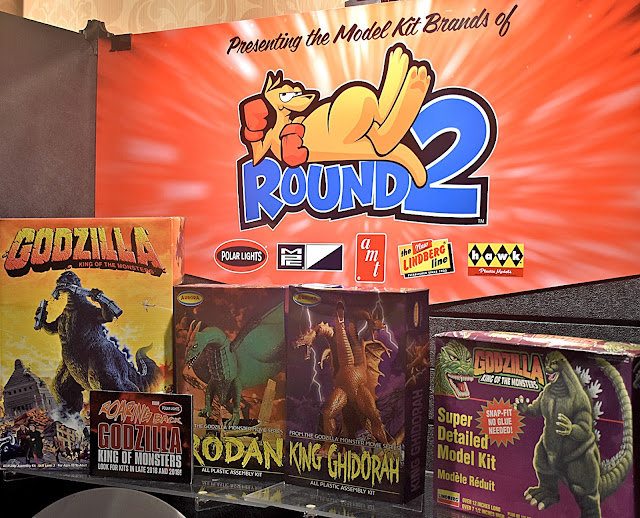 Round 2 Project Manager Jamie Hood (below left) talks with a visitor. They are examining a test shot of the new Klingon K’t’inga-class battlecruiser. 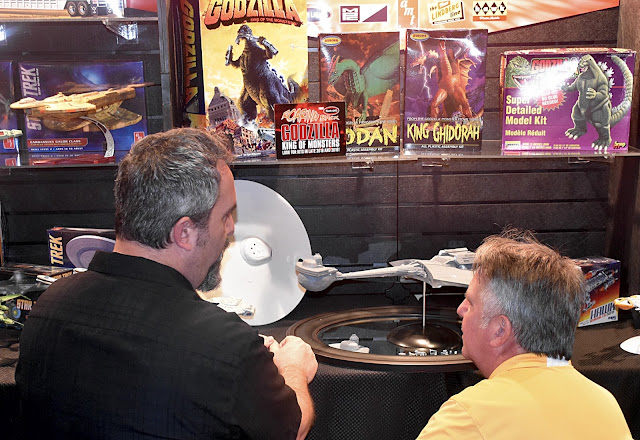 Closeup (below) of the K’t’inga. The kit has been in the works for some time, and will contain a host of detail-up parts, some of which are laid out on the base here. 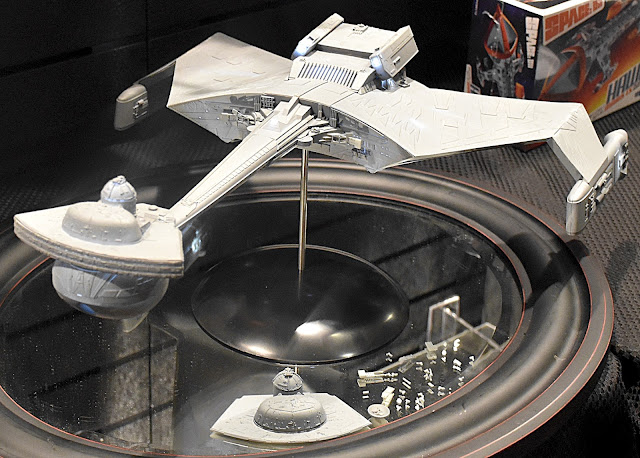 A couple of reissues (below) for automotive fans are the AMT Livestock Trailer, and the MPC Tiger Shark, the latter originally being called the AMT Dream Rod.  The AMT Garage Mechanic accessory pack is a new kit, which includes a figure and various items of car workshop equipment. And if this looks vaguely familiar, it is. It's a smaller version of the original Aurora Racing Scenes set, scaled down from the previous 1:16 scale to 1:25. 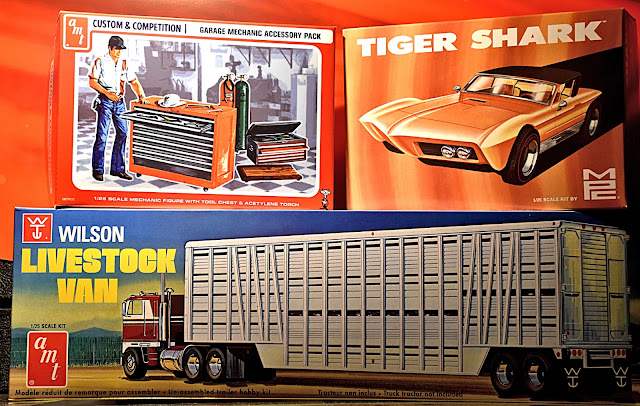 1:25 scale reissues (below) of the first movie Batmobile and a Gotham City Police Cruiser or Joker Getaway car, depending on how you wish to assemble it. This was originally called the Joker’s Goon car, but apart from the name-change, is the same model. However, new resin figures are included, of Batman and the Joker. They will be pre-painted, but you can always go over them again if you wish.

The only odd thing is why the Joker Getaway is now an MPC kit. Yes, the actual kit originated from MPC, but has also appeared as a stock police car, Roscoe’s car from The Dukes of Hazzard, and T.J. Hooker’s car. These have all been MPC kits, but Batman subjects usually come under the AMT name.

A resin Slimer figure (far left, below) will be included in a future issue of the Ghostbusters Ecto ambulance.

Some of the details (below) from the Space 1999 Moonbase Alpha diorama set. This is to 1:48 scale, and complements the new Eagle kit, the nose of which you can just see at bottom right. The kit also includes a 1:24 scale buggy and figures. 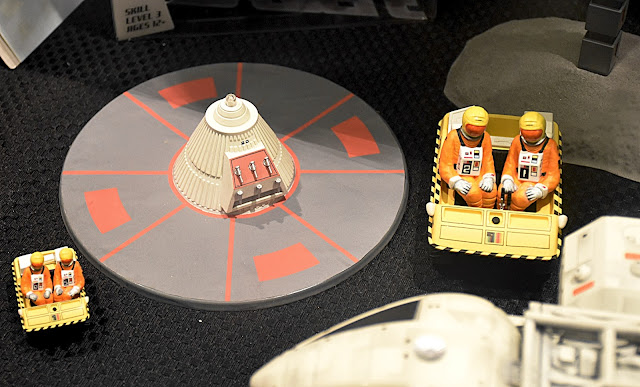 Also brand new is the first fully detailed Space 1999 Hawk (header, below). This looks like a vast improvement over the original Airfix/MPC kit. Note the original artwork, on display at the show, as used for the kit's box-top. 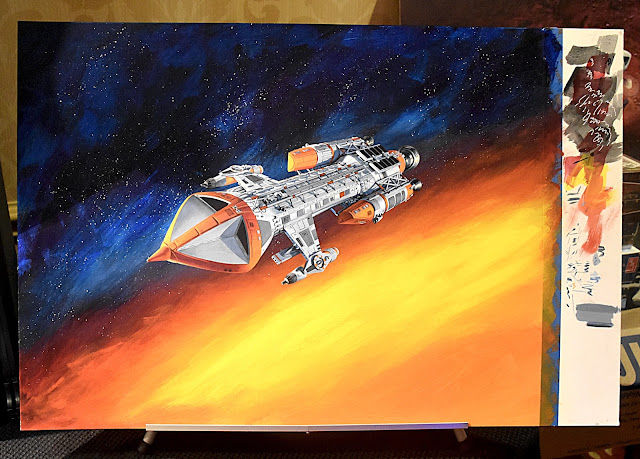 The three Jolly Roger 1:12 scale pirate skeleton kits (below) are now released under the Lindberg name, now labelled as ‘the New Lindberg line.’ The original kits were from MPC back in the 1970s, and were marketed as being from the original Disney Pirates of the Caribbean theme park. 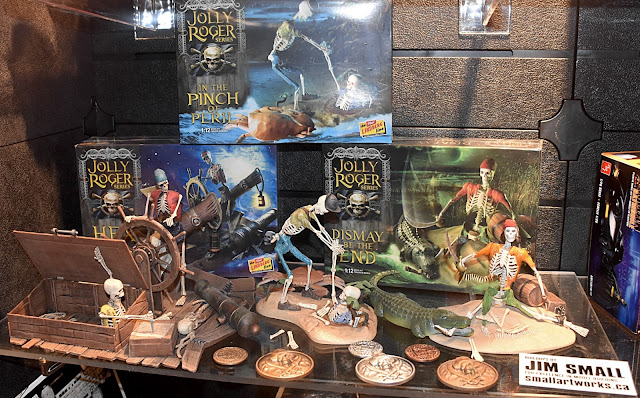