THE DORNIER DO X was the brainchild of Dr. Claude Dornier, his aircraft taking off for the first time in July, 1929.


SMN report: Dornier designed the giant flying boat to carry up to 66 passengers on long-haul flights, though it could easily take 100 or more over short distances.

Passengers were well treated on board the ‘flugschiff’ (flying boat), which had three decks, one of which included a smoking room and bar, a dining room and galley, and seats which could be converted into sleeping berths at night.

That was the main deck. Above it were the flight deck, navigation and radio rooms, and an engine control room. The lower deck held fuel tanks and nine watertight compartments. Only seven of these were needed to keep the Do X afloat in an emergency.

The beautifully-built balsa model in the video (bottom) represents one of only three Do X flying boats ever built, two of which were flown by Italy. The X2 Umberto Maddalena and X3 Alessandro Guidoni differed from the German X1 in being a little bigger, and with Fiat engines, a dozen A-22R V12s. The Do X2 entered service in August 1931, the X3 following nine months later. The Italian Air Force used them mostly for publicity flights, and for officer training.

For plastic kit model makers, Revell’s 1:144 scale Dornier Do X is the best known. It’s not in the Revell range at the moment, but the kit turns up at various internet sites, including ebay.

We found this ready-built example after a quick search, and very nice it looks too.

As for the video star Do X, we think it looks great. The single-prop solution to powered flight is a clever way to avoid turning all those smaller ones. Perhaps you could fit electric motors to do the job, but it flies so well that going to all that trouble seems hardly worth the bother.

The real thing (below) had six engine pods, each containing two power plants and their four-bladed propellers. 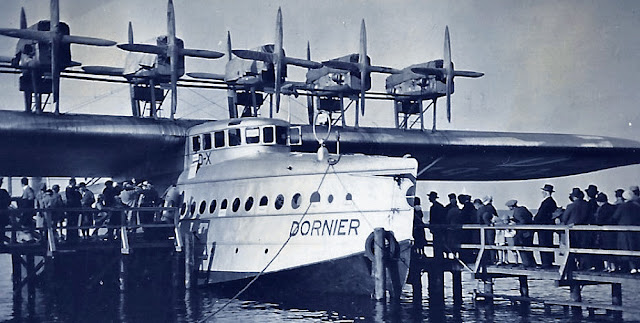 Passenger accommodation (below) rivalled ocean liners of the time. 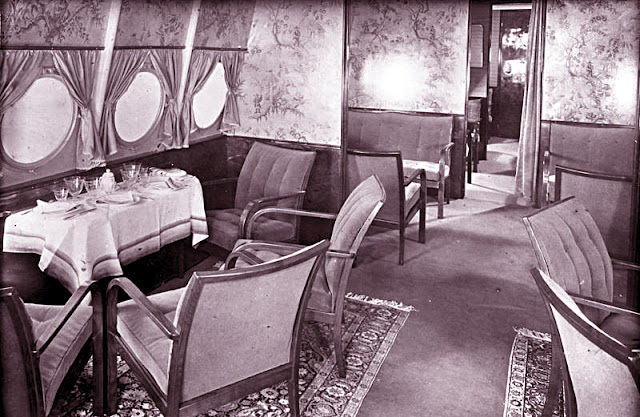 A flight engineer (below) looked after the aircraft's power from the engine control room. 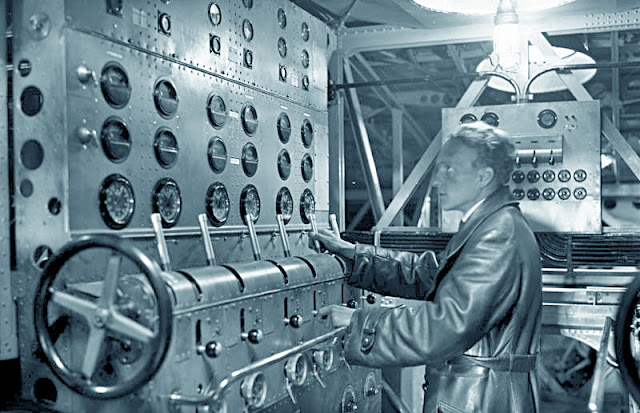 The beautifully built model (below) shows how well the traditional craft of balsa building can survive today. Stills used to show how the scale model flugschiff is constructed are supplanted by a video sequence, as the flying boat takes to the air. The rubber-powered Do X has a 69 cm (27 in) wingspan, and was built by the talented model maker, Tom Hallman.

Tom Hillman has kindly supplied a link to the scale plans he used for this model.

And a last pic (below) for diorama fans. Made by Jim Lund, you can see the model online at the SFO (San Francisco Museum) where it is one of an interesting slide show of diorama scenes.

Note for aviation historians: The slide show includes Jim Lund's Tupolev Tu-114, which is shown in Japanese Air Lines markings. From 1967-69, the Tu-114 was flown on the Tokyo-Moscow route, with Aeroflot and JAL crews sharing flying duties. 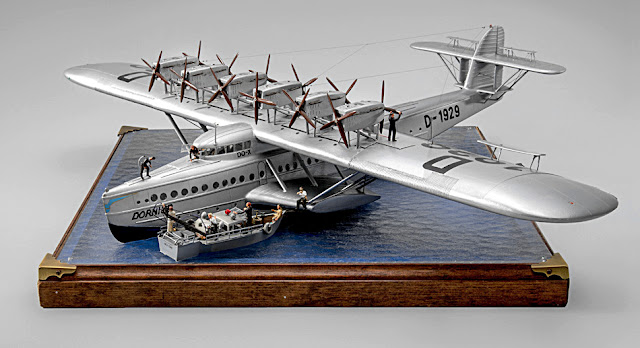